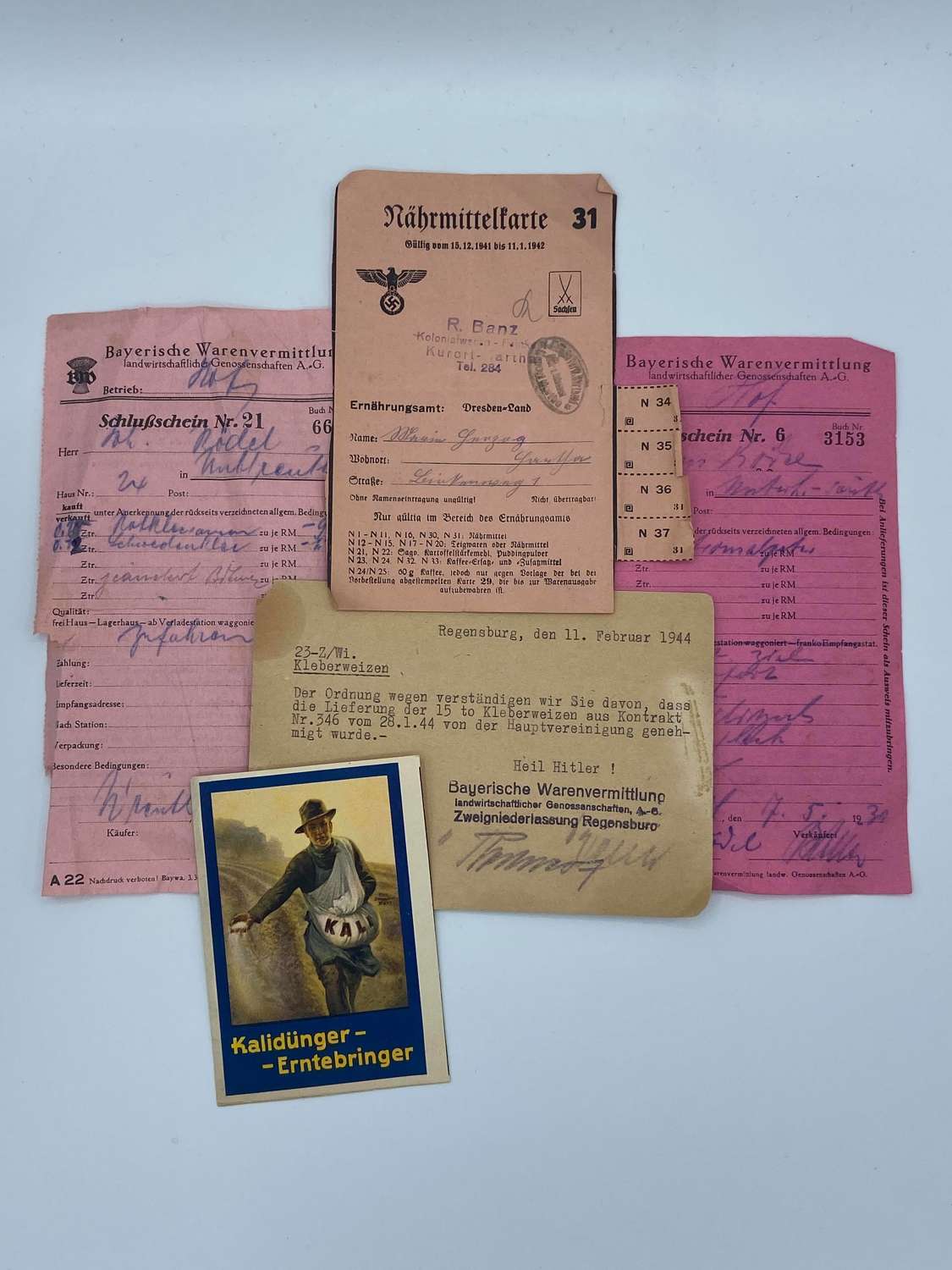 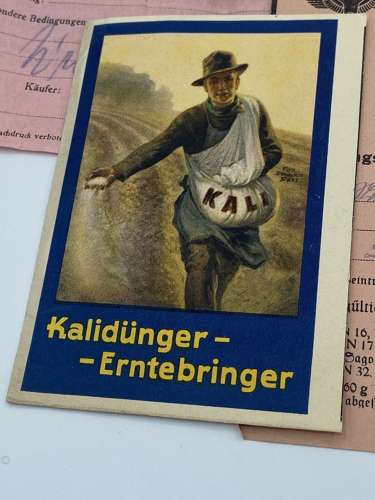 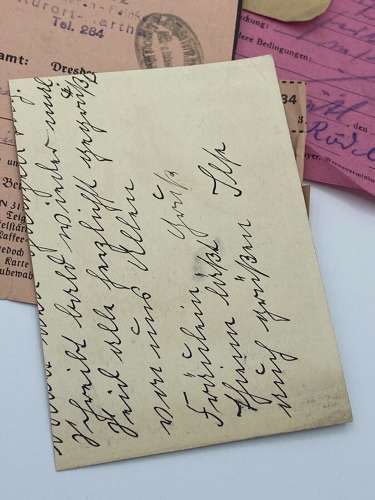 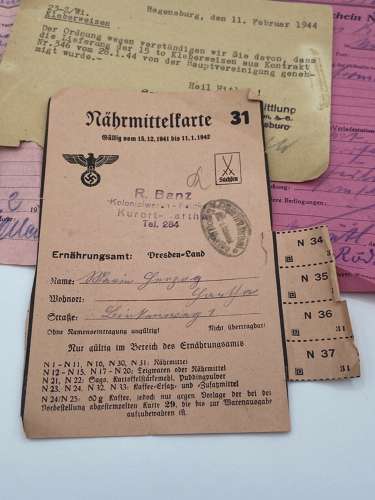 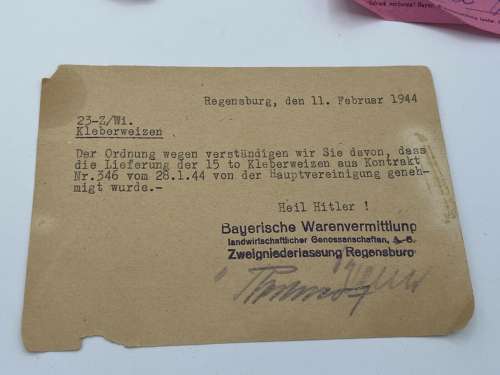 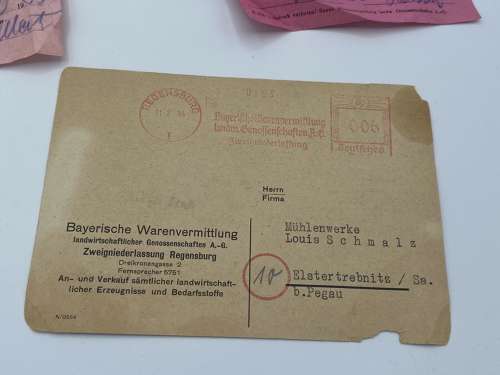 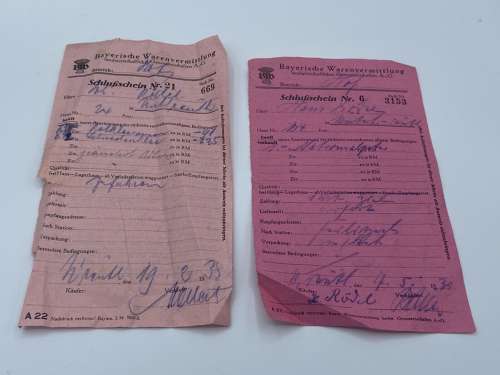 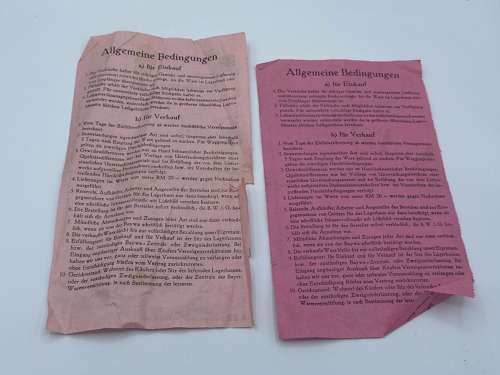 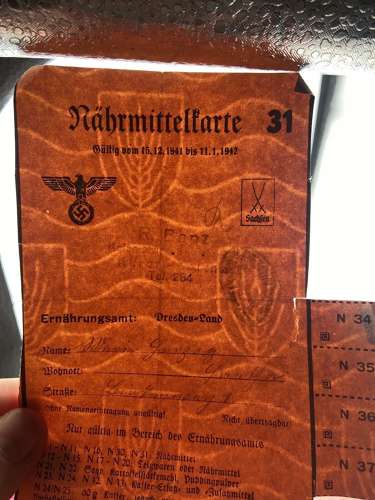 For sale is a set of 1930s and early 1940s WW2 German Wheat Rations from the Bayerische Warenvermittlung RW. Consisting of two general condition receipts or wheat dated 1930 & 1935, a ww2 German ration food card for Dresden and the year 1942, a postcard dated 1944 stating “Regensburg, February 11, 1944, 23-ZW1i. Gluten wheat, For the sake of order, we inform you that the delivery of the 15 t gluten wheat from contract 346 of January 28, 44 has been approved by the main association.HailHitler!Bavarian brokerage of agricultural cooperative shadows, A-6. Regensburg branch” and a ww2 German post card illustrations with potatoes fertiliser advertisement. This is a great little lot. Guaranteed original or money back guaranteed. This will be sent 1st class signed for and dispatched within two to three working day’s.