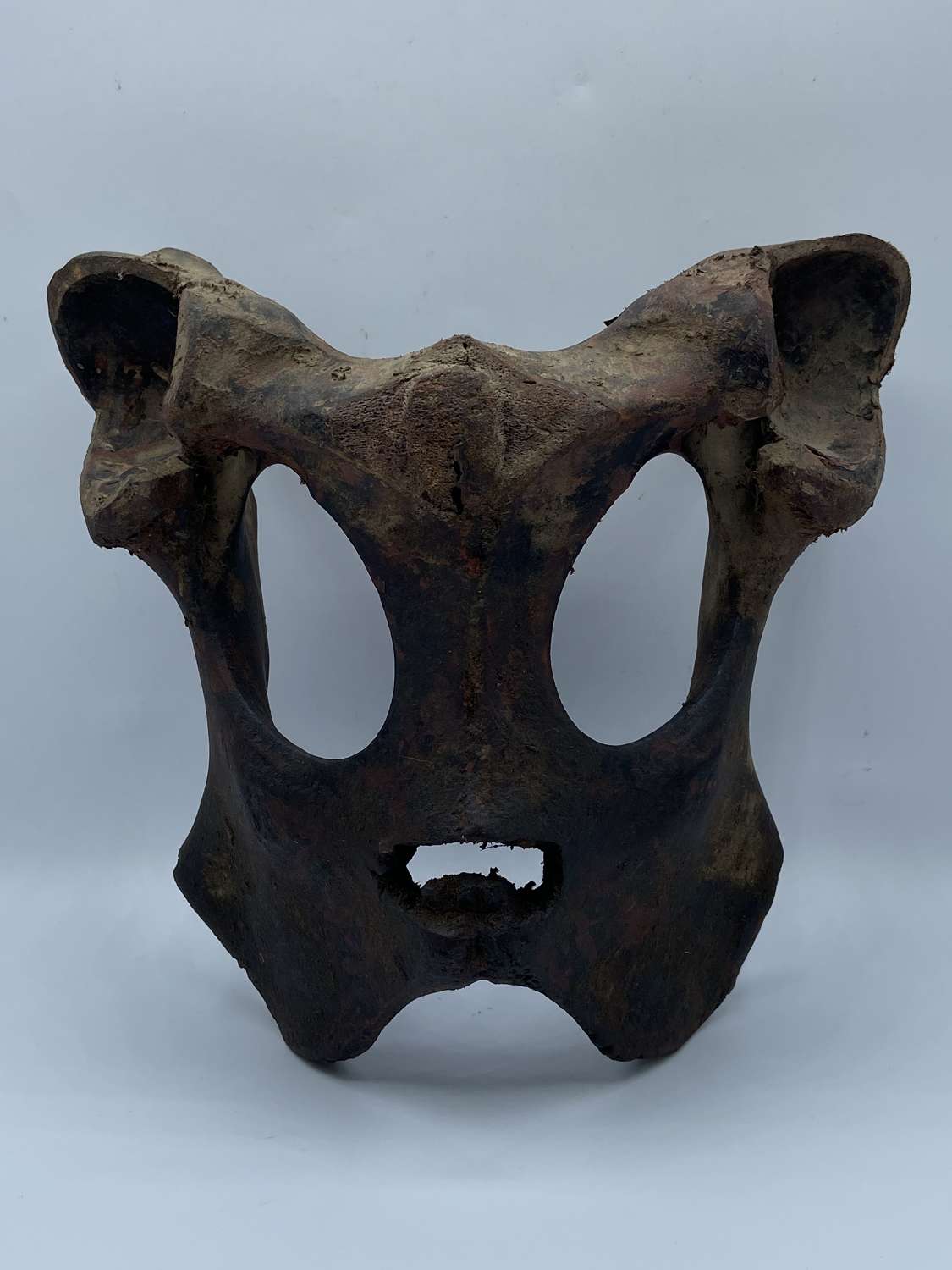 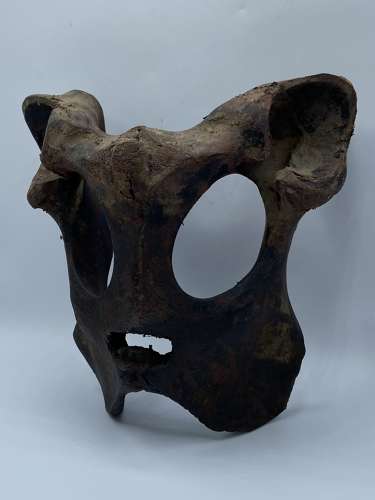 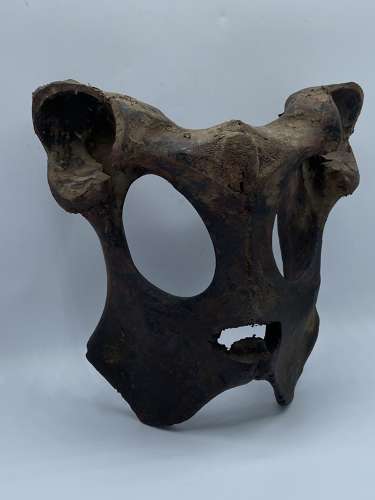 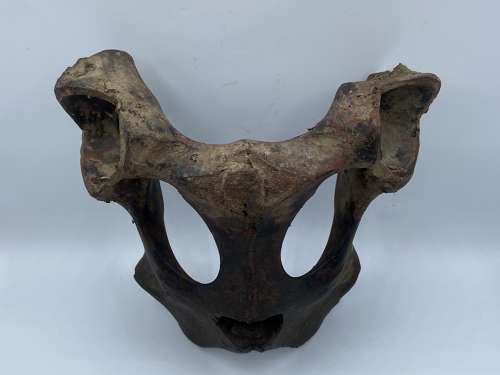 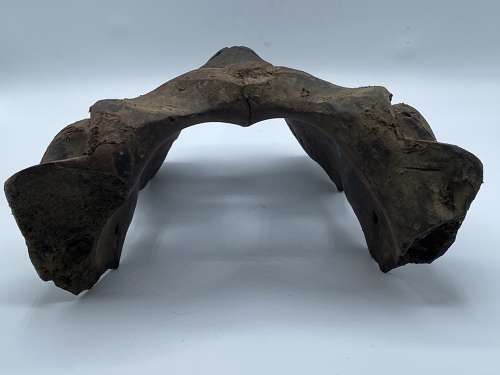 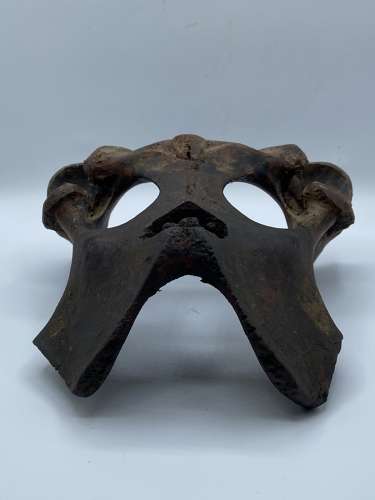 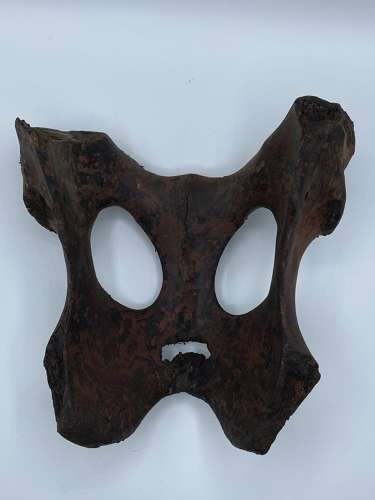 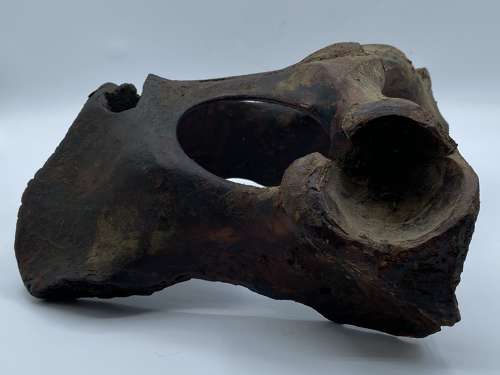 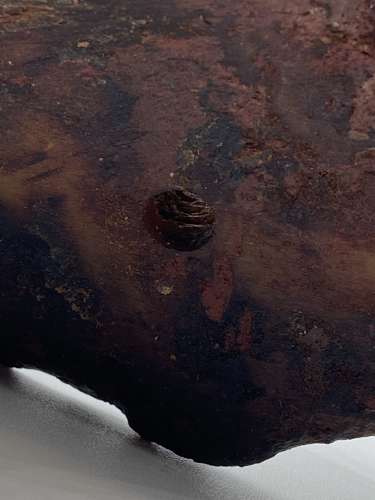 For sale is a rare Antique Tibetan Kapala Buddhist Yak Pevic Bone Shaman Ritual Mask. In great condition. Traditional Arctic cultures saw the world as a place filled with spirits and mysterious forces. Anyone could attempt to use these forces, usually with the assistance of individual spirit helpers. Certain individuals, however, developed their ability to attract and hold powerful spirit help, and had the power to harness or control these forces on behalf of their community. We know these skilled and powerful religious practitioners by the Siberian term "shaman." Some were selected at an early age, and trained or apprenticed by an elder shaman. Others were selected by the spirits, usually through recovery from a dangerous and debilitating illness, or perhaps because of a physical or mental abnormality. Still others were self-selected, on the basis of a forceful personality and the development of spiritual abilities.

Shamans could travel to other mysterious planes to contact and influence the world of spirits. They could see events that occurred far beyond the physical horizon, events that took place among the animals and spirit people of the sky world and the underworld, or events that had not yet happened. With the aid of their spirit helpers, they could calm a storm, cure an inexplicable illness, or attract a herd of animals into the range of the community's hunters. The shaman was the doctor, priest and seer of the small communities of Dorset hunters scattered across the Arctic world.

Masks were likely worn during ceremonial or ritual activities, by shamans engaging in contacting their spirit helpers. The mask may have transformed the shaman into a spirit, or at least represented such a transformation. These are very rare items and rarely come across. The yak pelvic bones are prepared and then rubbed and painted with red ochre and enlivened with incised tattoo lines. This is in brilliant condition, and has two holes going through the sides of the pelvic bone so that the mask can be attached to the users face. This will be sent via express 48 and dispatched within two to three working day’s.