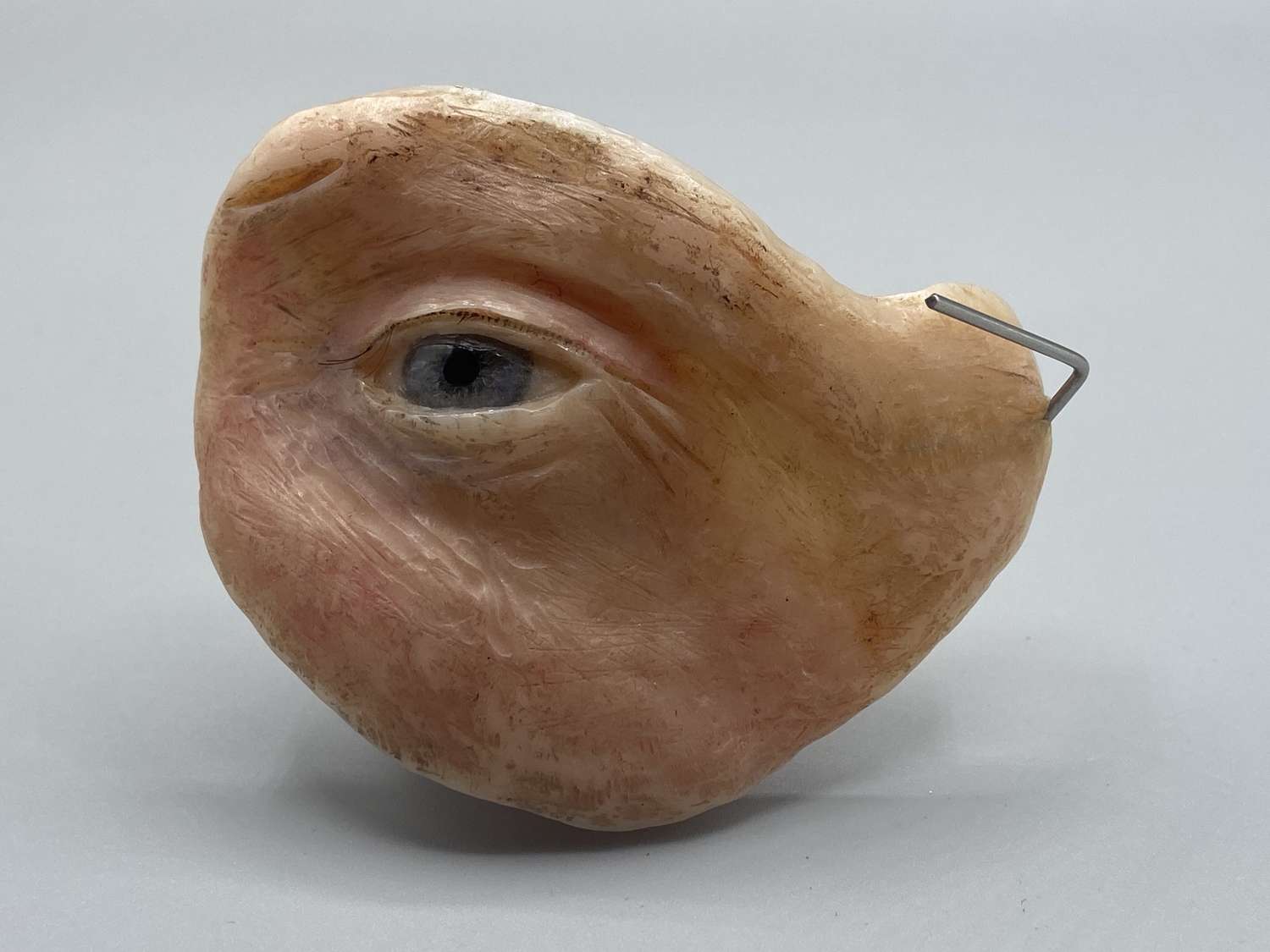 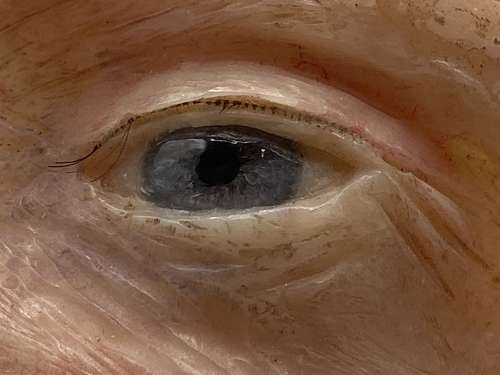 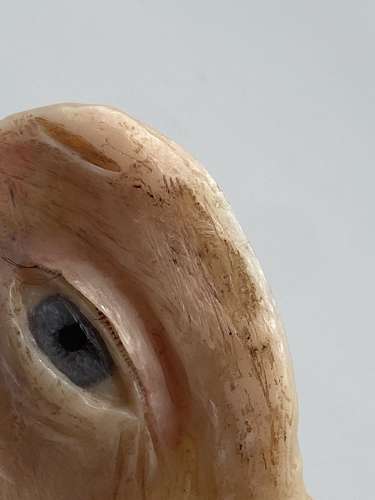 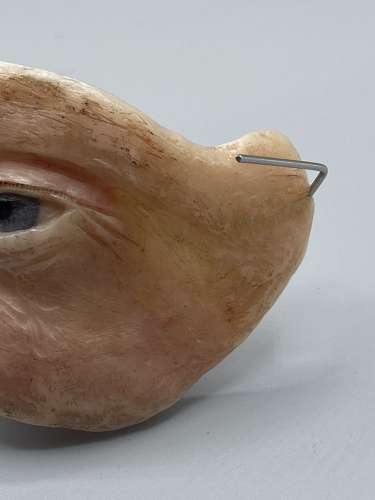 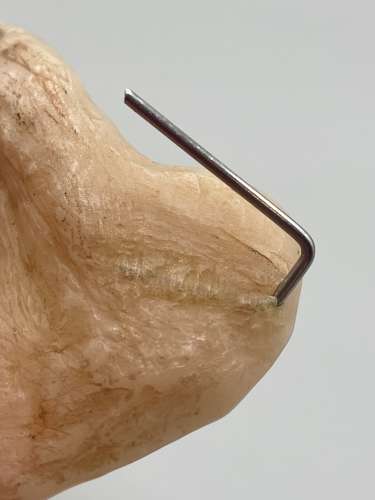 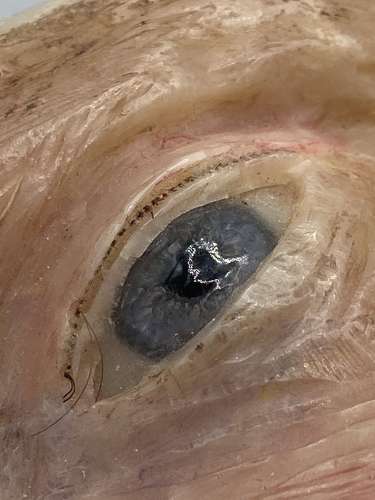 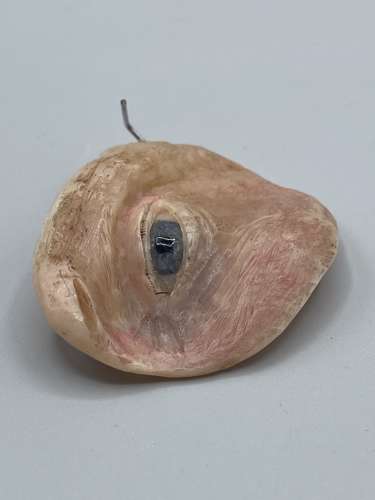 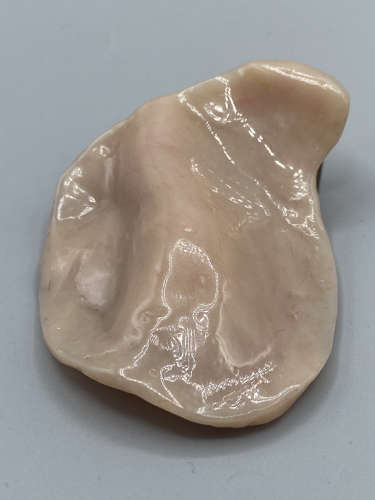 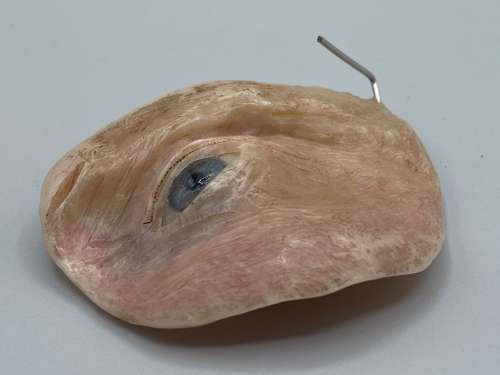 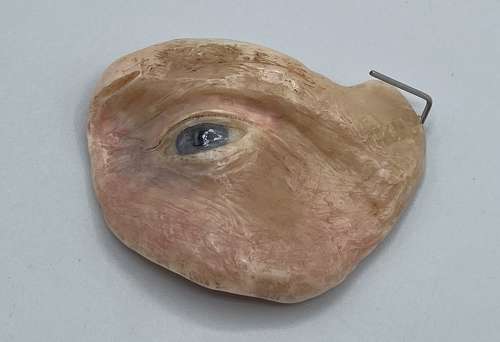 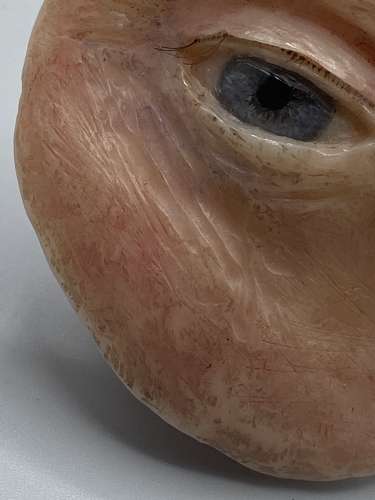 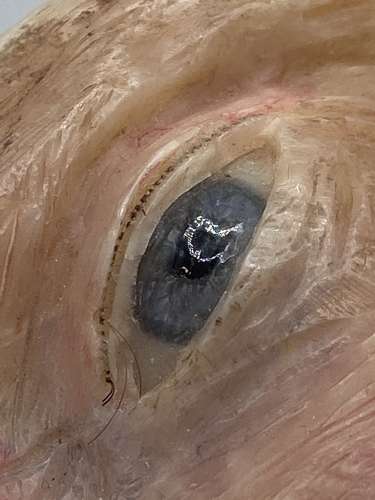 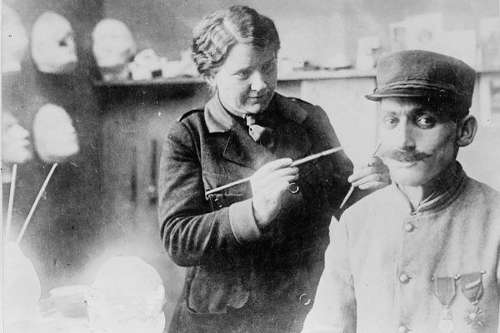 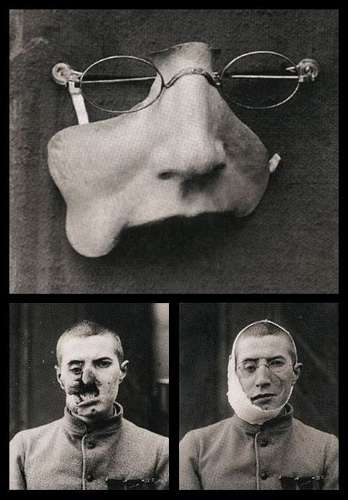 For sale is a rare WW1 British Army Battle Damaged Soldiers Ceramic, hand painted and Glass eye facial Reconstruction & Eye Prosthetics. This rare piece is an original piece and was most likely part of multiple facial prosthetics for this one injured soldier, as it has a metal rod coming from just above the eye where a pair of fake glasses would be attached and hold all of the prosthetics together. This piece measures 7cm in length x 5.5cm in height and protrudes 1.3cm of flat surface. These were all individual customised and one of pieces modelled and produced differently for each wounded soldier, and incredibly detailed. The final Two photos are scans of how they were made and fitted.

The metrics from World War I were horrific. In all, there were 37m military and civilian casualties – 16m dead and 21m wounded. Never before had a conflict brought such devastation in terms of death and injury. In response, during the four years of the war, military surgeons developed new techniques on the battlefield and in supporting hospitals which, in the war's final two years, resulted in more survivors of injuries that would have proved mortal in the first two. On the Western Front, 1.6m British soldiers were successfully treated and returned to the trenches.

By the end of the war, 735,487 British troops had been discharged following major injuries. The majority of the injuries were caused by shell blasts and shrapnel.

Many of the injured (16%) had injuries affecting the face, over a third of which were categorised as 'severe'.

Historically, this was an area where very little had been attempted, and survivors with major facial injuries were left with major deformities that made it difficult to see, breathe easily, or eat and drink – as well as looking horrific.

A young ENT (ear, nose and throat) surgeon from New Zealand, Harold Gillies, working on the Western Front saw attempts to repair the ravages of facial injuries and realised that there was a need for specialised work.

The horrific scale of facial injuries in the First World War pushed doctors and sculptors to develop methods to help the sufferers move on without feeling mutilated. A surgeon from New Zealand developed a skin-grafting technique, producing a 'mask' of skin across the person's face and eyes. They would also fit those that needed them with glass eyes, and fashioned a pair of fake glasses to hold it all together as innocuously as possible.