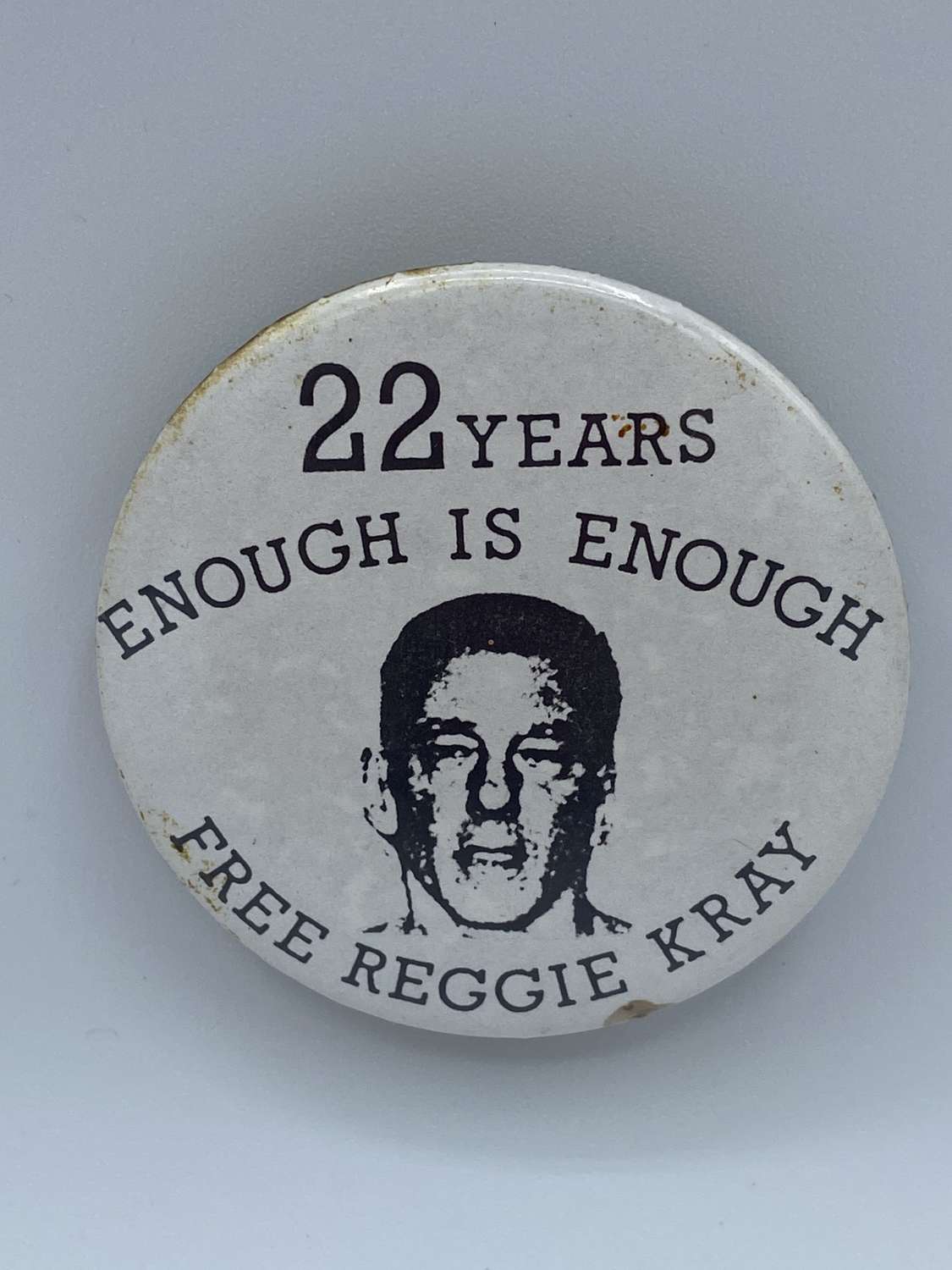 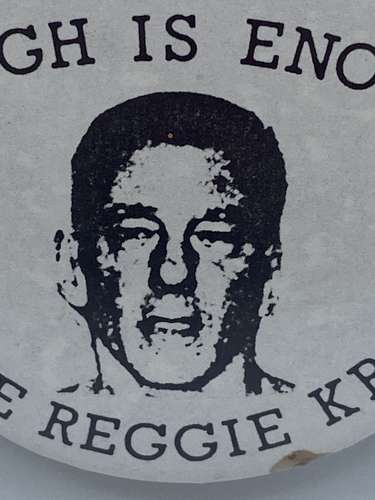 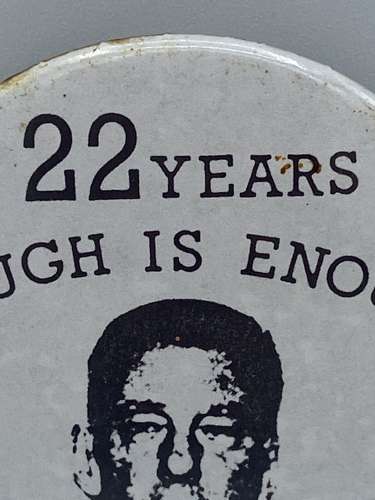 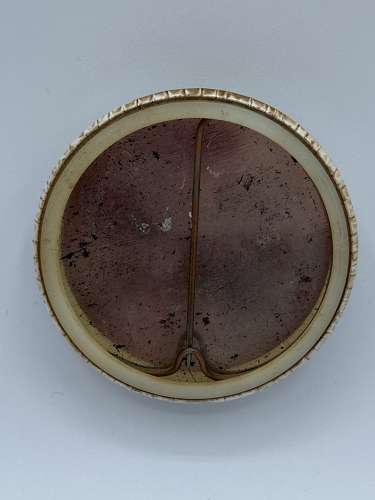 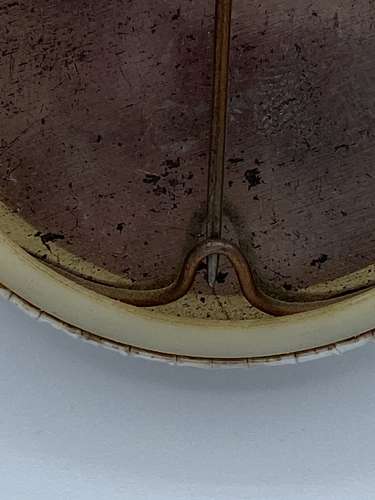 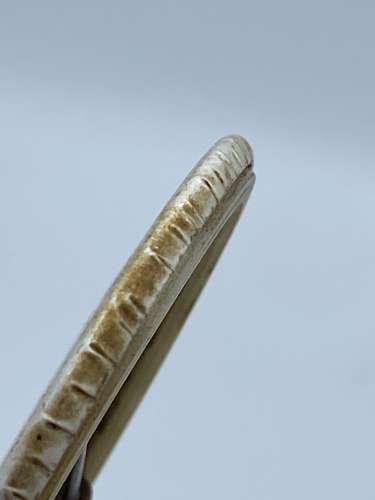 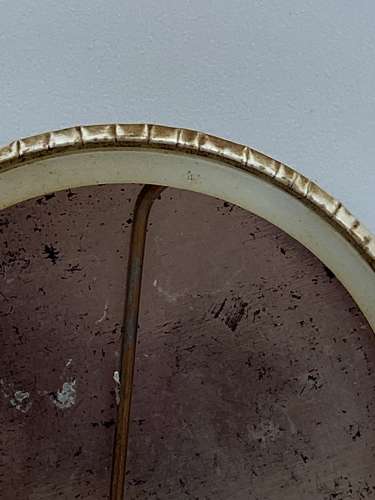 For sale is a RARE rare 1980s “Enough Is Enough 22 Years Free Reggie Kray” Political Campaign Badge. Ronald "Ronnie" Kray (24 October 1933 – 17 March 1995) and Reginald "Reggie" Kray (24 October 1933 – 1 October 2000), twin brothers, were British criminals, the foremost perpetrators of organised crime in the East End of London during the 1950s and 1960s. With their gang, known as "The Firm", the Krays were involved in murder, armed robbery, arson, protection rackets and assaults. The Krays were arrested on 8 May 1968 and convicted in 1969, as a result of the efforts of detectives led by Detective Superintendent Leonard "Nipper" Read. Each was sentenced to life imprisonment. This is in great condition, and a great rare piece of memorabilia.