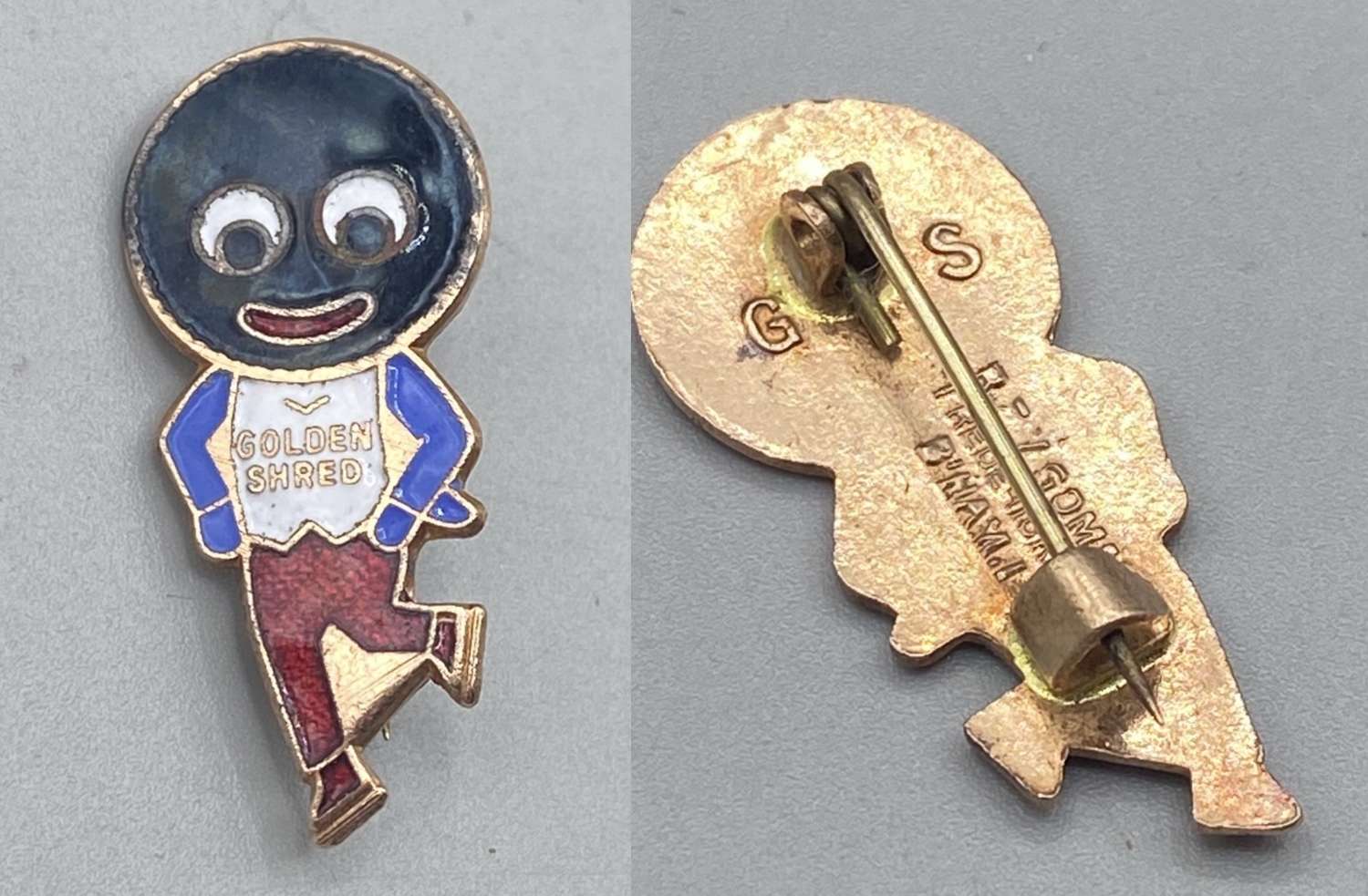 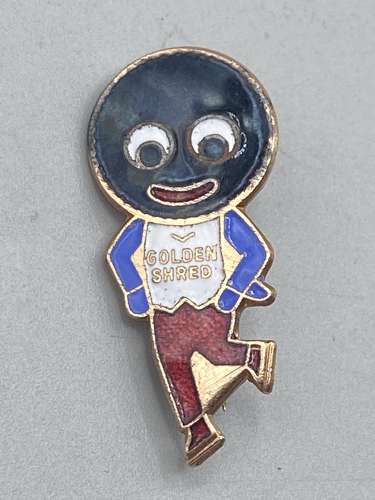 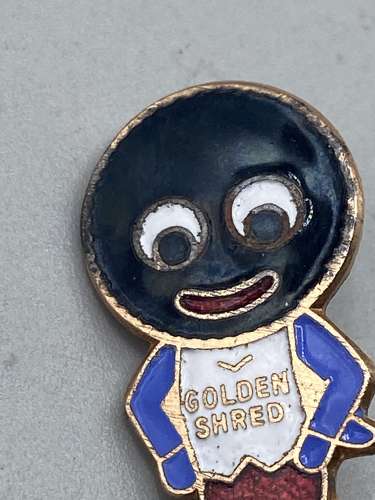 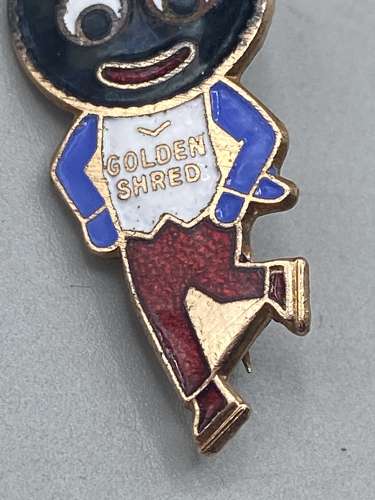 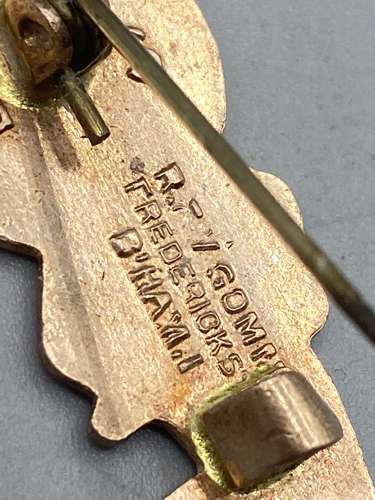 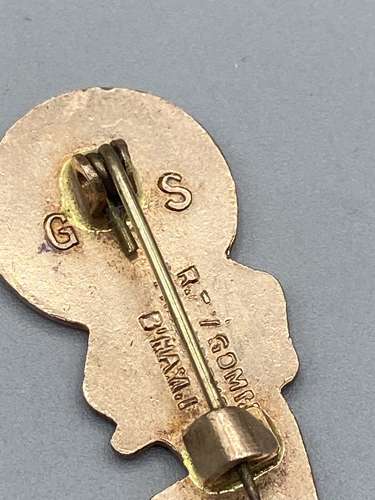 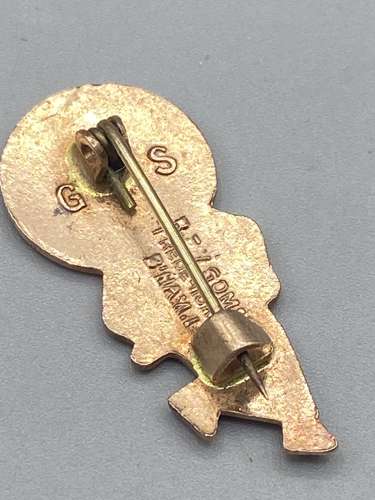 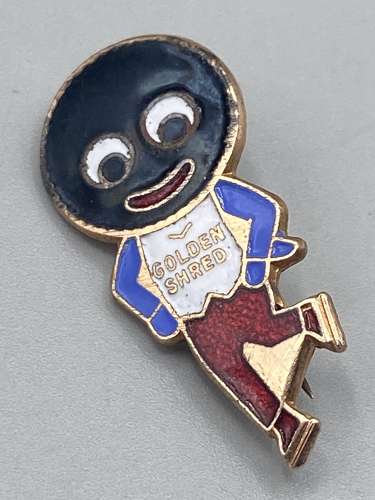 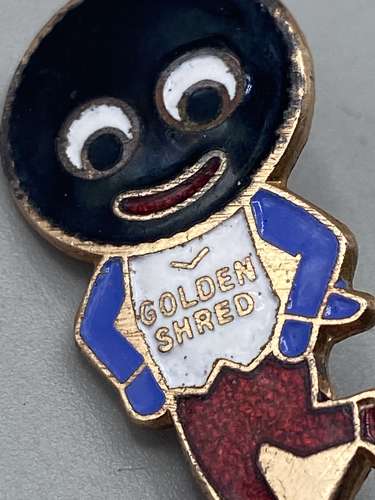 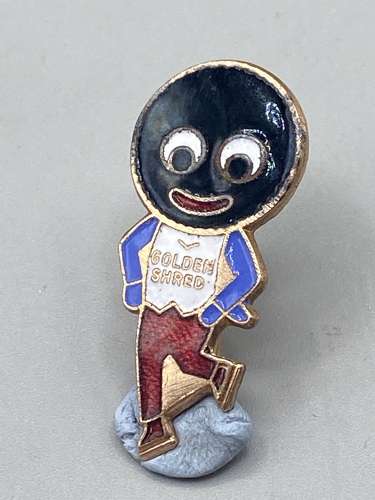 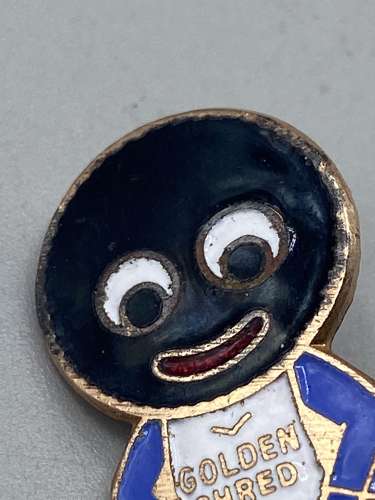 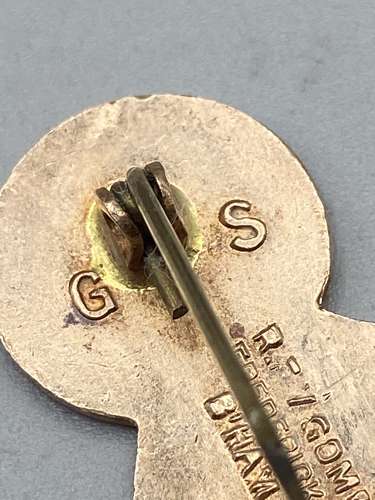 £50.00 Approx $68.78, €58.55, £50
(1 in stock)
Qty
For sale is an Early 1950s Vintage Golden Shred (UK Jam) Enamel Badge manufactured by GS R. V. GOMM FREDERICKS B'HAM.
ARTIFACT: This is a circa early 1950s promotional pin for Golden Shred, a preserve made in the United Kingdom by James Robertson & Sons. The Golden Shred mascot debuted around the turn of the twentieth century, and was named the "Gollywog" (later just "Golly"). There is more than one story behind the figure's incarnation. In 1956 the eyes on the Gollywog were changed to point to the side, so this pin is either early 1950s or possible a bit earlier. These popular pins were available in several poses.
VINTAGE: Circa early 1950s.
SIZE: Approximately 1-3/8" in height and 5/8" in width.
MATERIALS / CONSTRUCTION: Gilt brass with enamel.
ATTACHMENT: Vertical pin with C catch.
MARKINGS: GS R. V. GOMM FREDERICKS B'HAM.
The photographs make up part of the description , I will describe the item the best I can and to the best of my knowledge. As the buyer please view the photos carefully before purchasing. Guaranteed original or money back. This will be sent via 1st class signed for if the value is under £60 and anything over will be sent via express 48 Parcelforce or Royal Mail special delivery and dispatched within two to three working day’s. Also happy to post world wide.