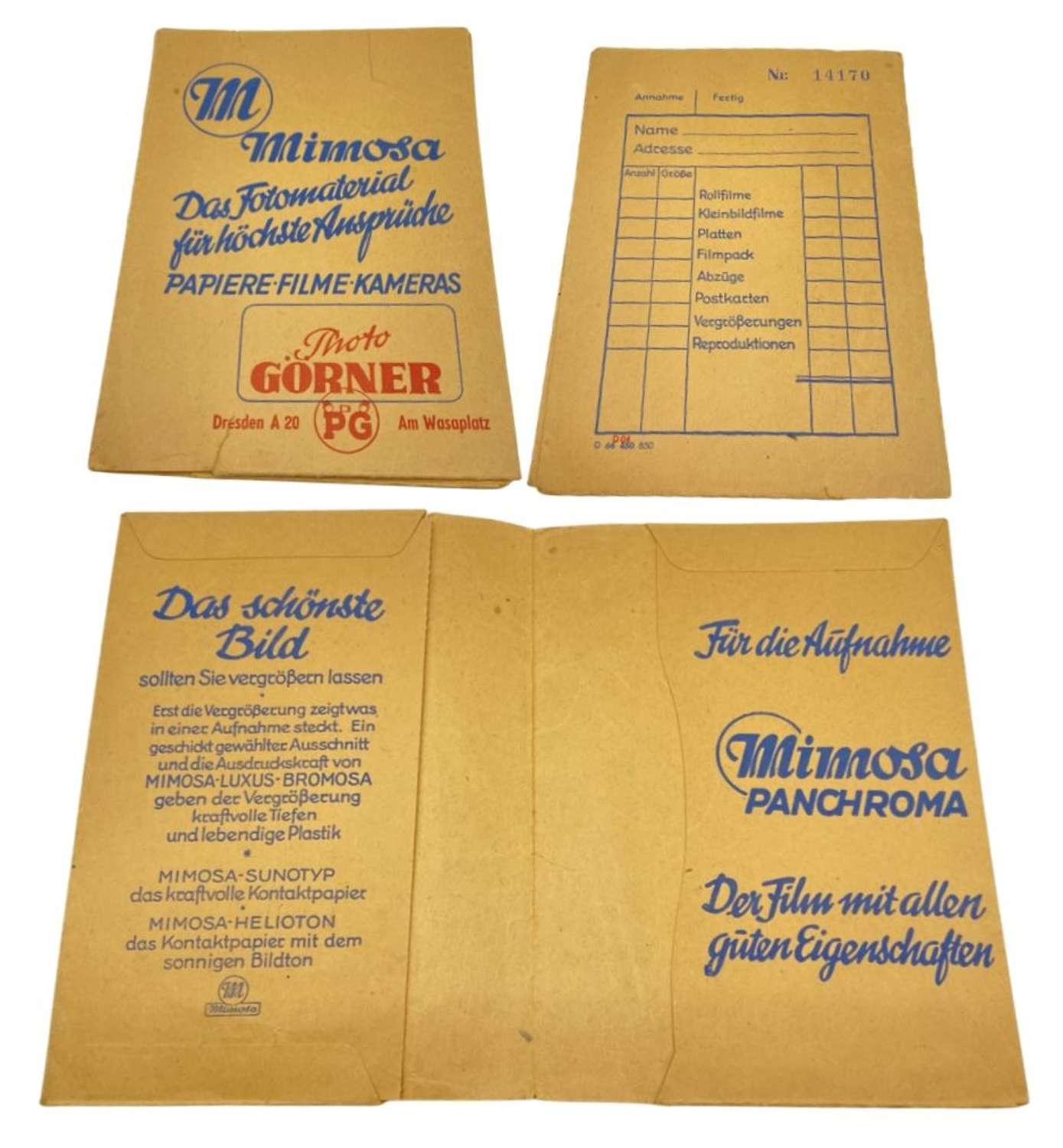 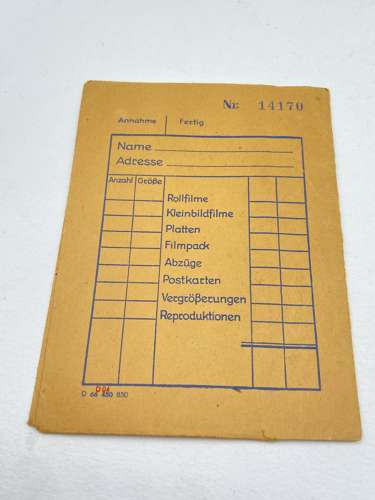 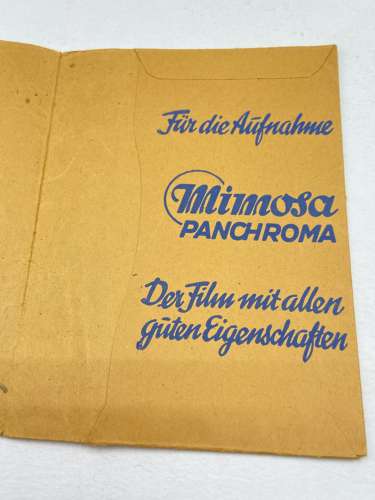 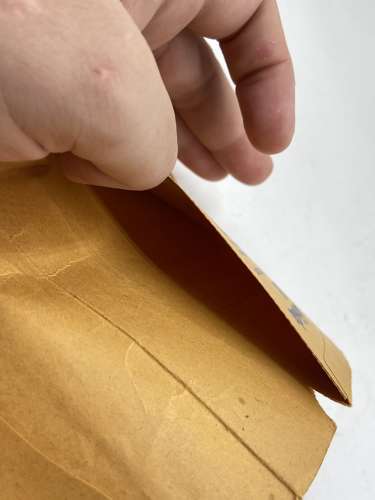 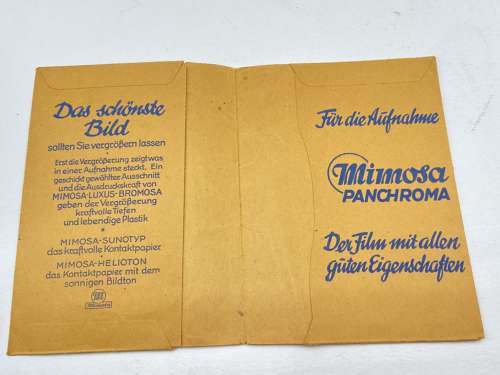 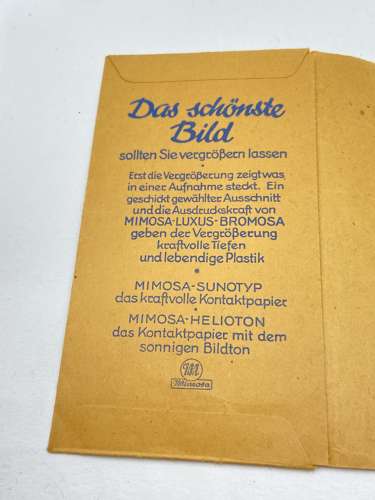 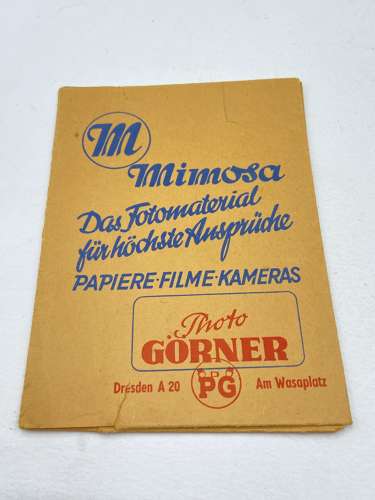 £12.00 Approx $14.72, €13.97, £12
(1 in stock)
Qty
For sale is an Original WW2 German Mimosa Dresden Camera Film & Prints Empty Packet. Which is in great condition.
The front cover states:
“Mimosa The photo material for the highest demand PAPER FILMS CAMERAS, Photo GÖRNER, Dresden A 20, (PG, At Wasaplatz.”
The inside cover states:
“The most beautiful picture you should have it enlarged. Only the enlargement shows what is in a recording.  A skilfully chosen section and the expressiveness of MIMOSA-LUXUS-BROMOSA give the enlargement powerful depths and lively plastic, MIMOSA-SUNOTYP the powerful contact paper. MIMOSA-HELIOTON the contact paper with the sunny image tone, For receiving, Mimosa PANCHROMA, The film with all the good qualities.”
The back of the packet states:
“No: 14170 assumption, Finished, Surname, address, number, size, roll films, 35mm films, plates, movie pack, deductions, postcards, enlargements, reproductions, D04 D66 450 850.”
About Mimosa:
Founded 1913 at Dresden as Mimosa-Dresden. The most buildings of the factory were destroyed in 1945 through bombs. After the war's end, Mimosa opened up a new factory in west-germany at Kiel. However, between 1948 and 1957, the factory at Dresden was run by the east-german industries but did not produce papers, only cameras and equipment. In 1957 the firm at Dresden was re-named VEB Fotopapierwerke Dresden and produced also papers again, but not with the trade-sign Mimosa. Production of photographic papers after 1945 only as Mimosa-Kiel. 1964 fusion with Agfa-Gevaert.  Mimosa-papers were also very much used in pre-1945 germany.
This is an original 1930s to 1940s piece, and would be a brilliant piece for re enactments, display & period german collections. This letter is in good condition. This will be sent via 1st class signed for and dispatched within 2 working days.