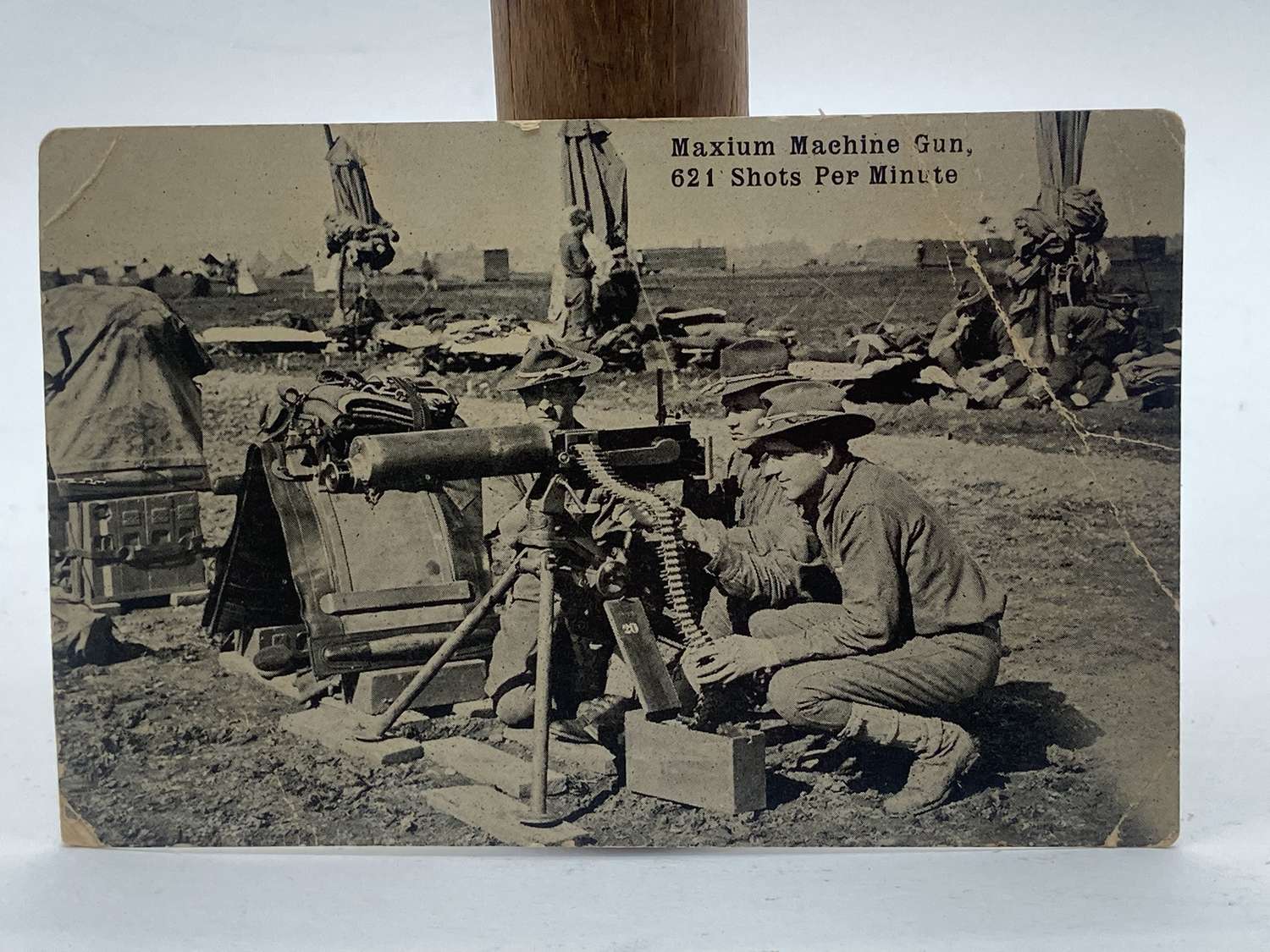 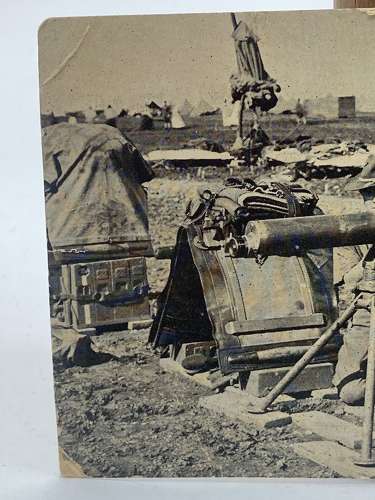 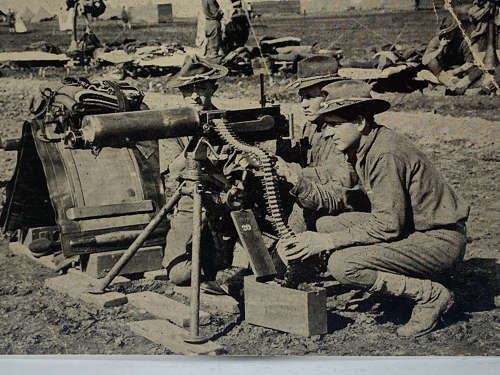 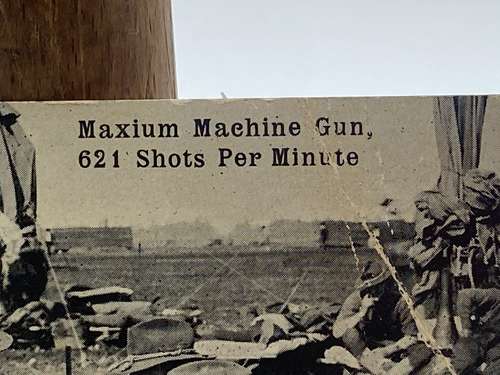 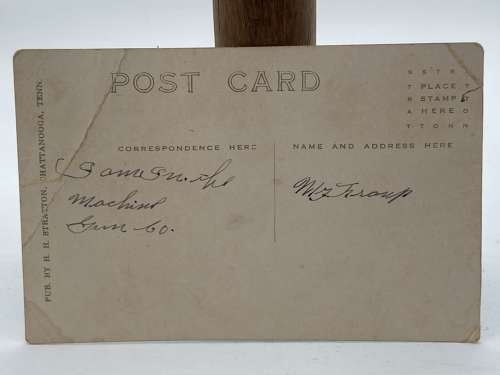 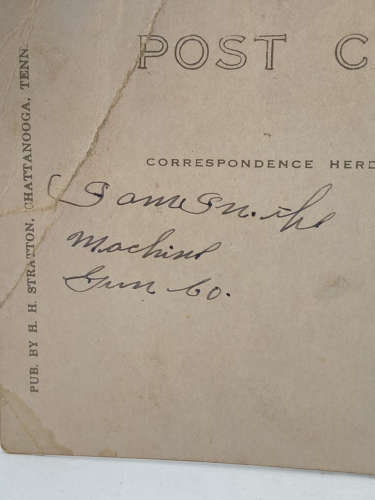 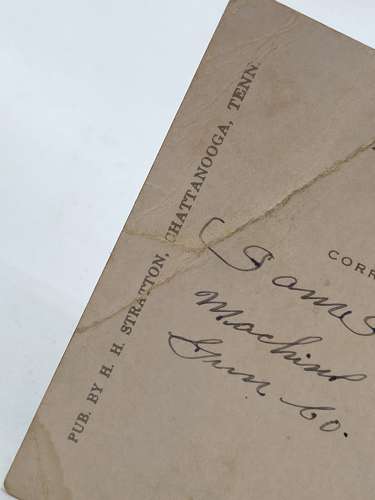 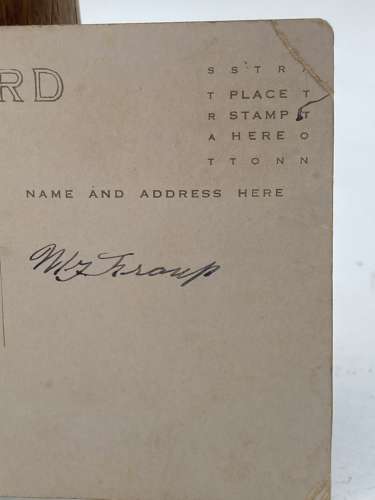 For sale is a WW1 American Soldiers With A ‘Maxium’ Maxim Machine-Gun Photograph Postcard which features American soldiers with their distinctive campaign hats practicing with a “Maxium Machine Gun.” The Small Arms Defense Journal indicates that American troops did use the Model 1904 Maxim Machine Gun. The word “Maxium” on the post card is either a spelling mistake or a hearing mistake or both! The card was published by H.H. Stratton, Chattanooga, Tennessee.

The Maxim Machine Gun was invented by an American born British inventor by the name of Sir Hiram Stevens Maxim. The weapon is most associated with British Imperial conquest according to Wikipedia.

The Maxim had a rather short shelf life in the American Army and was replaced by a model made by Browning in 1917.

This postcard is captioned “Maximum Machine-gun, 621 Shots Per Minuet”. Which is in good condition, unposted, but still writting on reverse which states “I am on the machine-gun to” and then the persons name which is difficult to read. This will be sent via 1st class signed for and dispatch within two working days.