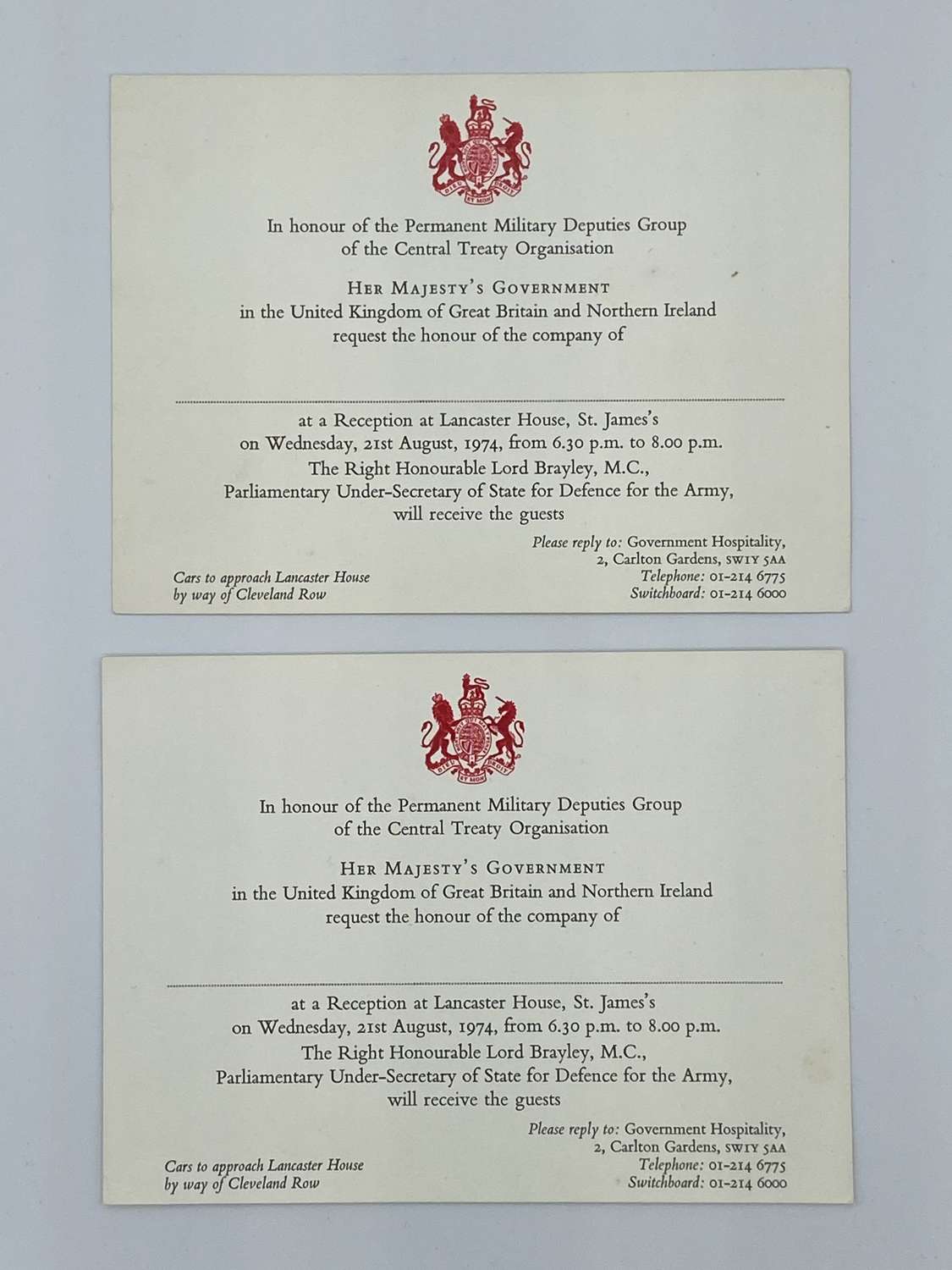 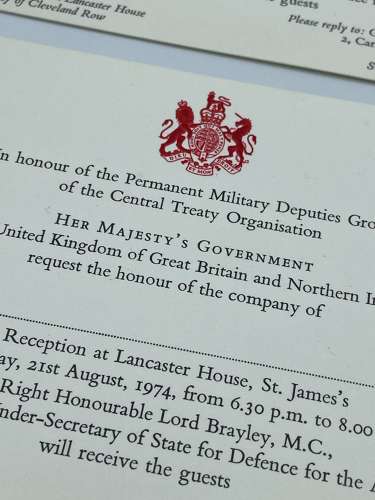 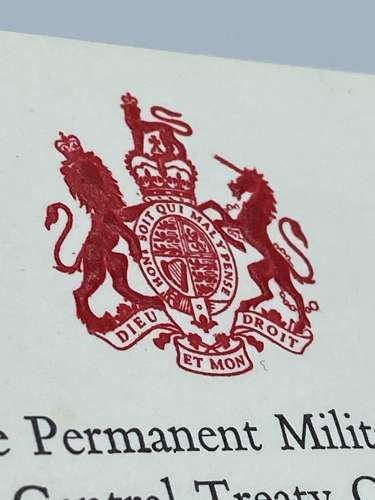 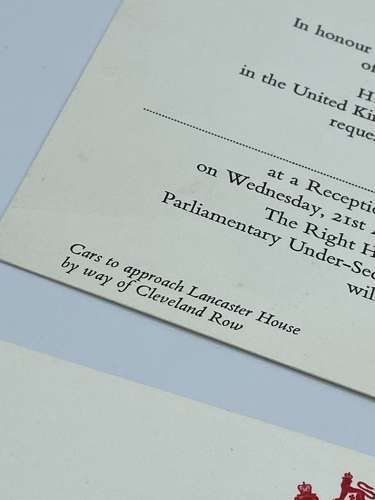 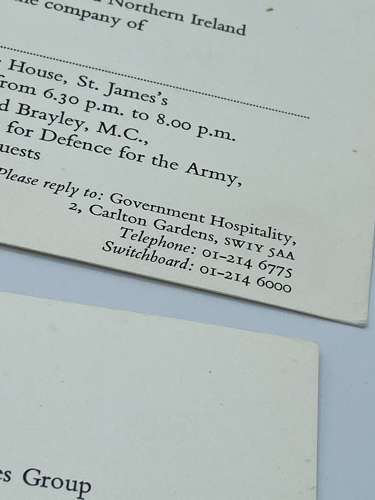 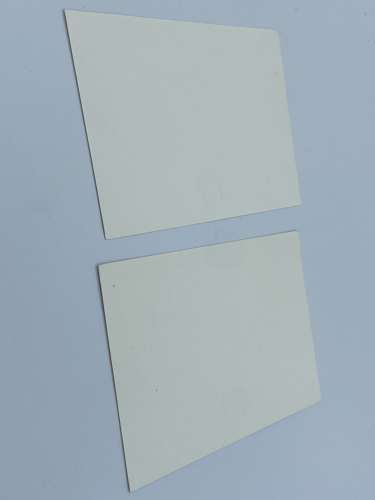 For sale are a pair of original 1974 blank Invitations For The Group Of Central Treaty Organisation Baghdad Pact. The invitations state:

In honor of the Permanent Military Deputies Group of the Central Treaty Organization HER MAJESTY's GOVERNMENT in the United Kingdom of Great Britain and Northern Ireland request the honor of the company of at a Reception at Lancaster House, St. James's on Wednesday, August 2nd, 1974 , from 6.30 pm to 8.00 p.m. The Right Honorable Lord Brayley, MC, Parliamentary Under-Secretary of State for Defense for the Army, will receive the guests Please reply to: Government Hospitality, 2. Carlton Gardens, swIY SAA Telephone: o1-214 6775 Switchboard: 01-214 6000, Cars to approach Lancaster House by way of Cleveland Row.

Both In good condition. This will be sent 1st class signed for and dispatched within two to three working day’s.