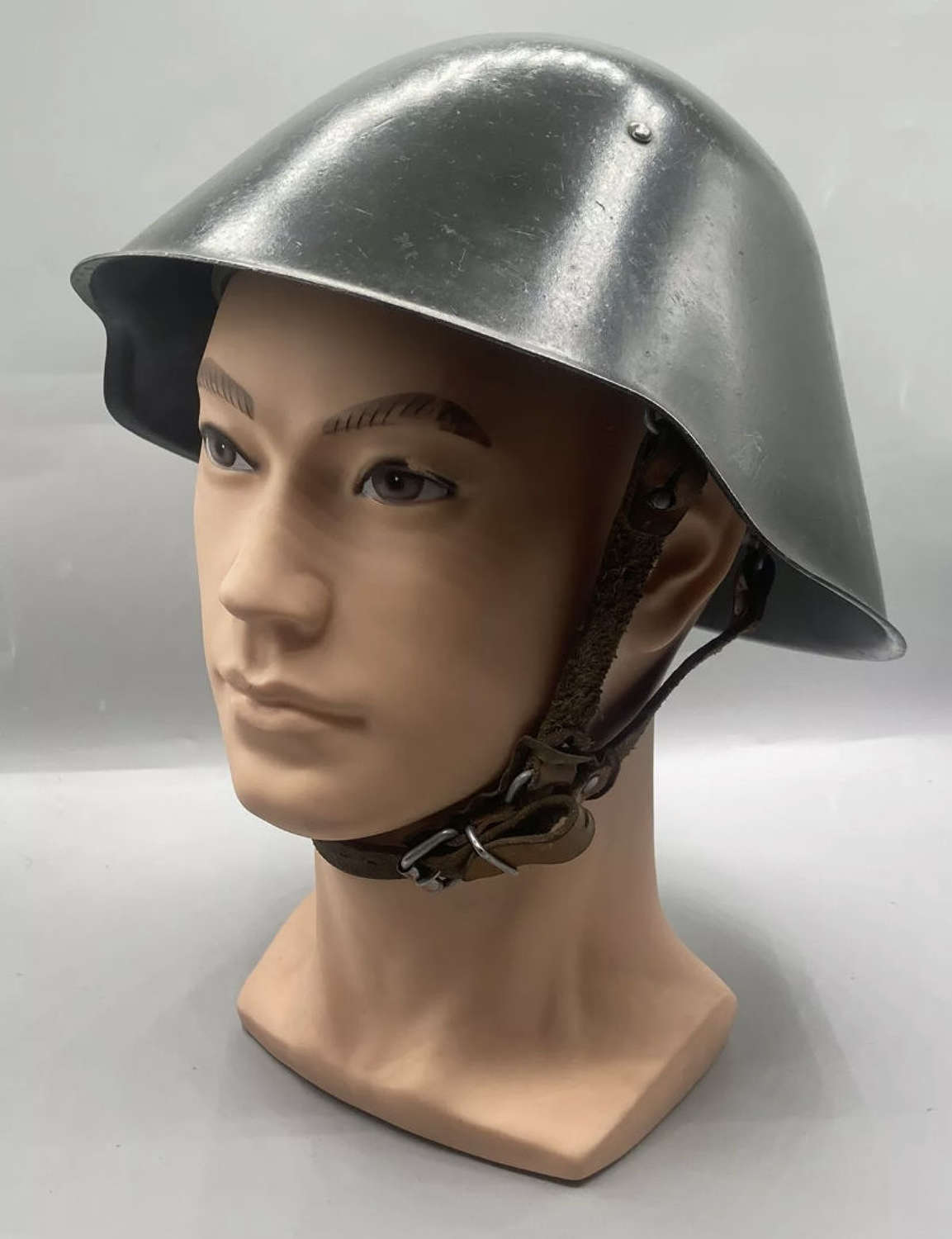 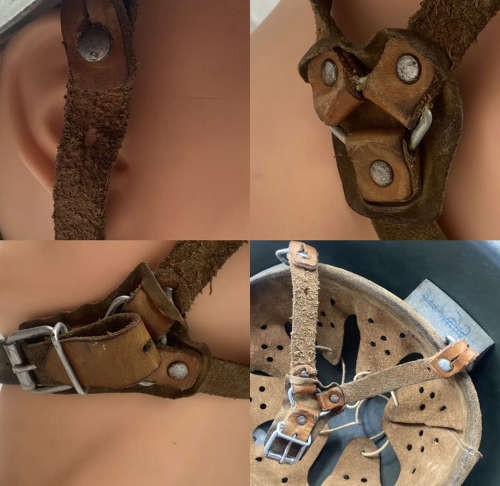 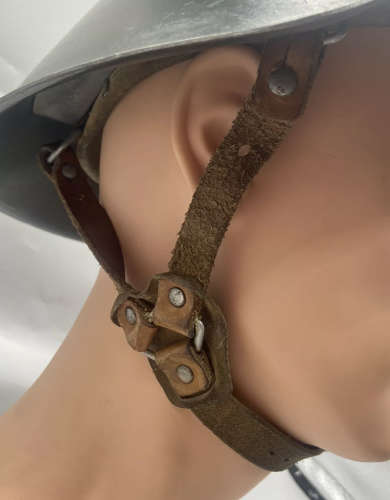 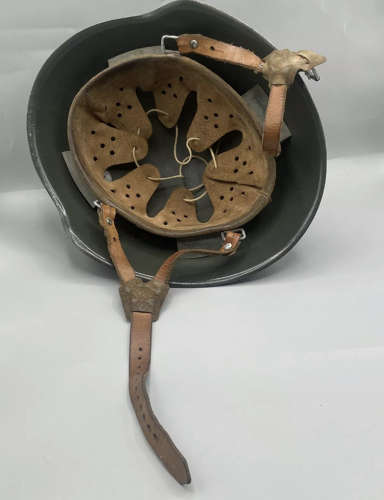 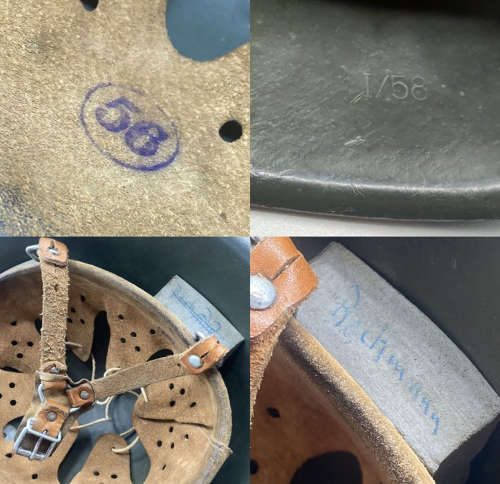 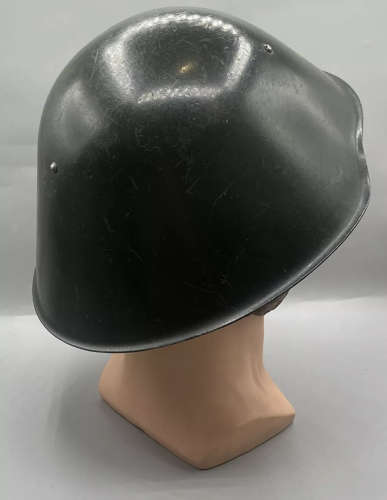 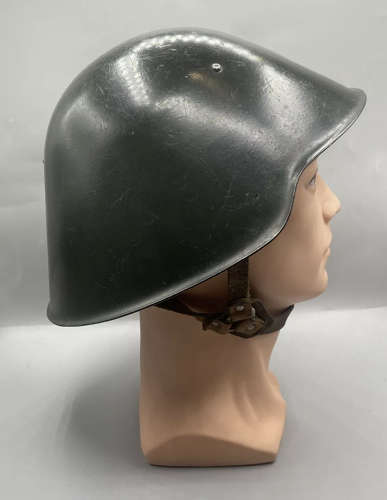 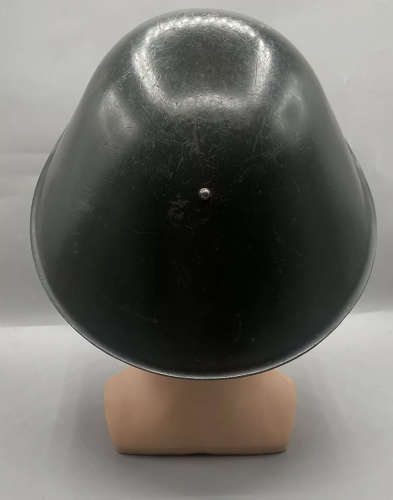 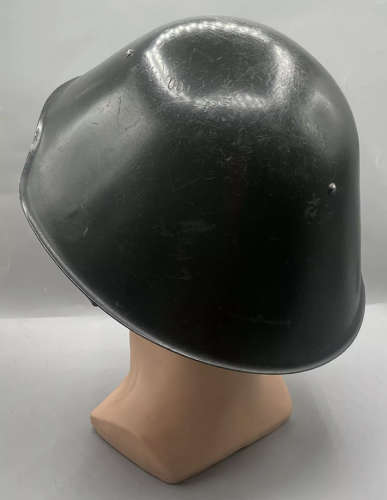 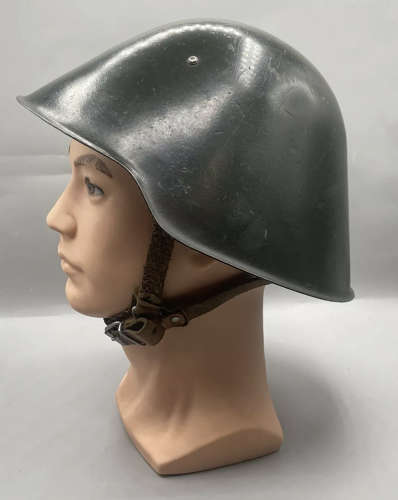 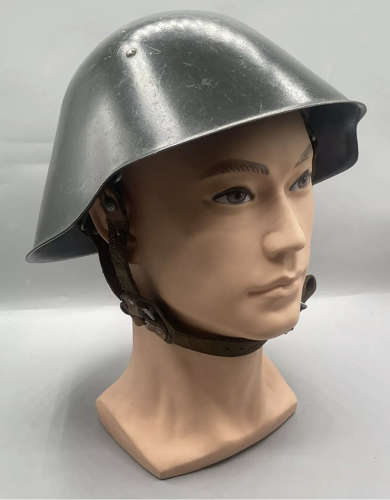 For sale is a Post WW2 1940s-50s East German M56 Volkspolizei People’s Army Helmet, liner and Chin Straps. An East German M56 helmet. Here you are purchasing a late 1950s production helmet. Marked on the inside back of the helmet I/58, for the year 1958. Issued to Bochmann and is size 56.

Although the M1956 steel helmet was adopted by the East German regime in 1957, it was first seen as a prototype replacement for the pattern of protective headwear used by Germany during the Second World War. Tested as early as 1944, it offered superior protection and was easier to produce, it also lent itself to better concealment. However ,the 'B/II' (as it was then known) was rejected by Hitler on the grounds that the existing helmet should remain the symbol of the 'Freedom Struggle.' Initially the East German Armed Forces wore the Russian pattern helmet, but the M1956 soon became the hallmark of the Soviet Union's most effective satellite state, and served well until the demise of the DDR in 1990. Quantities were later used by the Croatians in the Balkan conflict from 1991. Only the liner and chinstrap differed as modern and cheaper materials became available, the outer shell remaining consistent.

Helmet grey painted steel helmet with a six-tongued leather liner that is attached to a grey plastic adjustable cradle. The front and rear of the liner have cushion pads made of yellow foam. The complicated chinstrap is made of three short straps (right side) that are connected to form a 'Y' and buckled to the liner either side of the wearer's ear. Left side, there are two short straps, connected as above, but with a white metal single-pronged buckle attached.

he photographs make up part of the description, I will describe the item the best I can and to the best of my knowledge. As the buyer please view the photos carefully before purchasing. Guaranteed original or money back. This will be sent via 1st class signed for if the value is under £60 and anything over will be sent via express 48 Parcelforce or Royal Mail special delivery and dispatched within two to three working day’s. Also happy to post world wide.