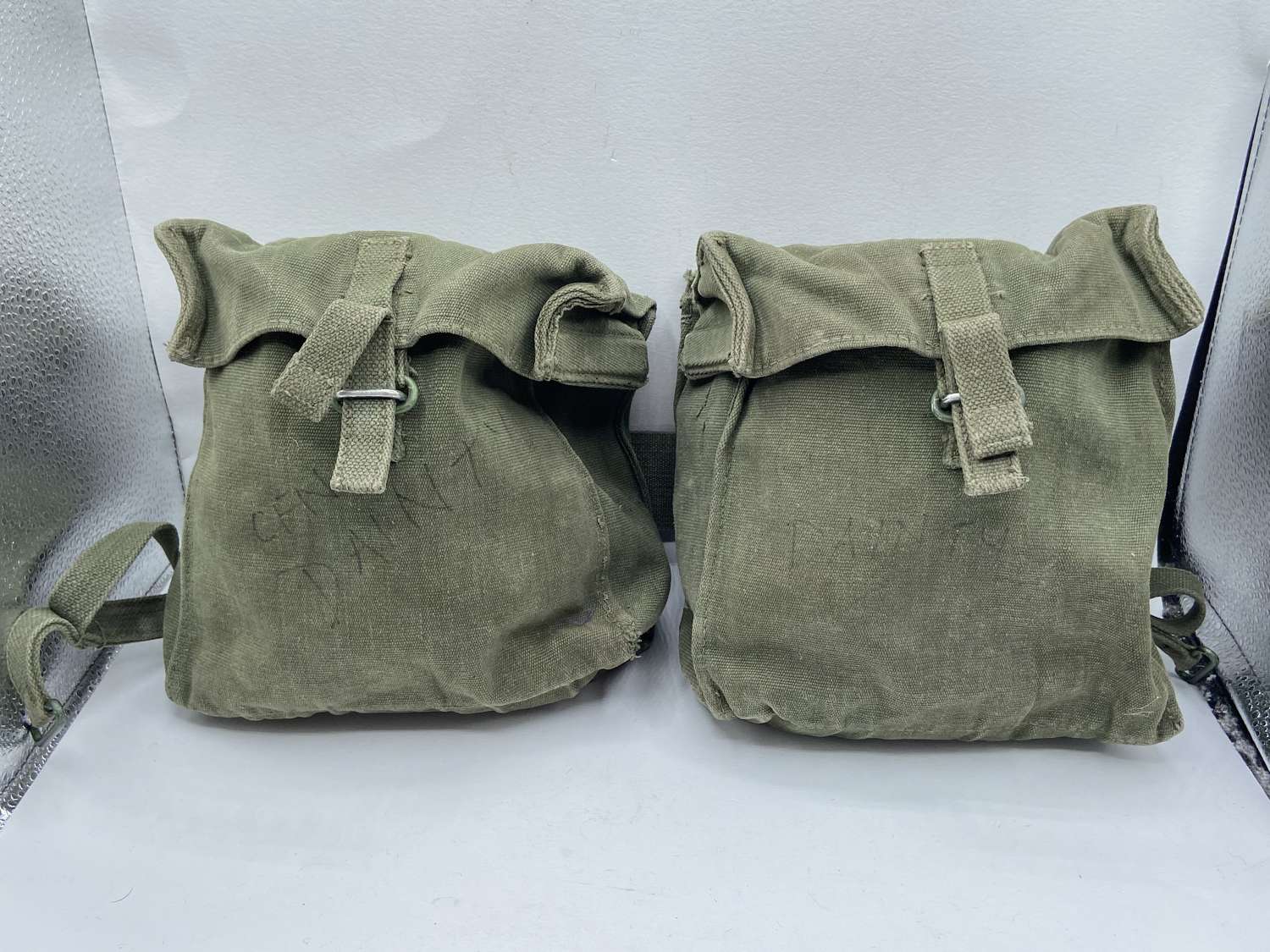 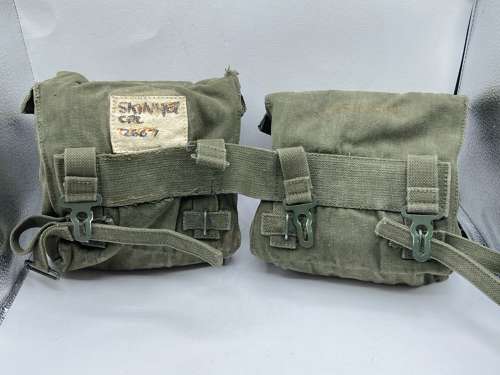 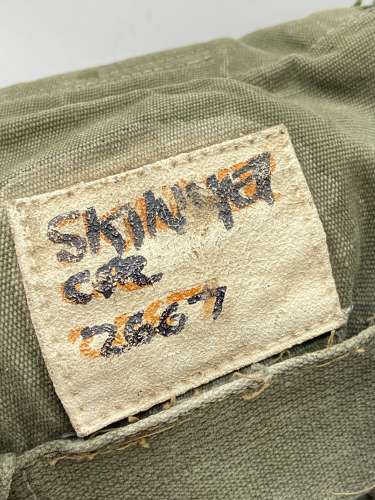 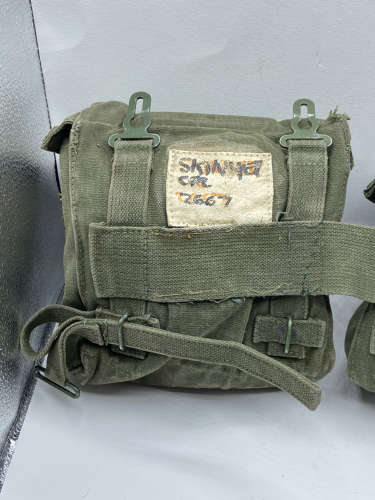 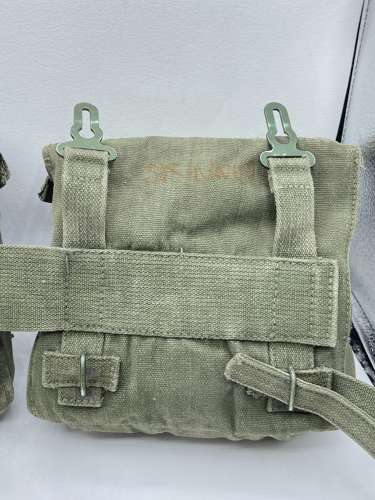 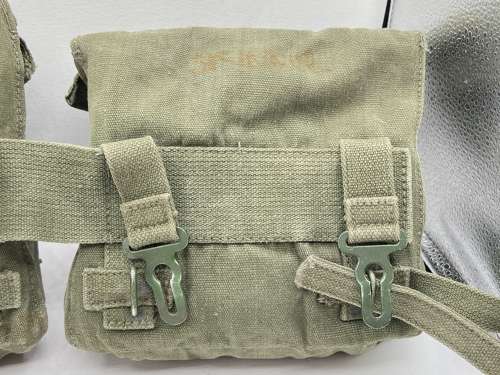 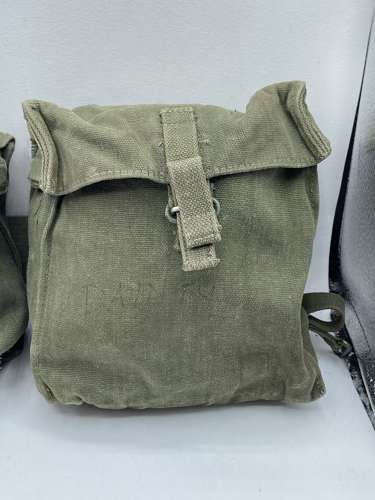 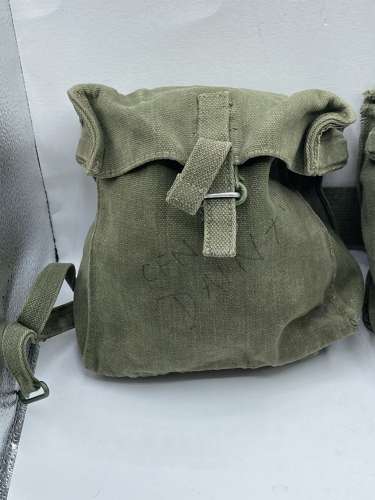 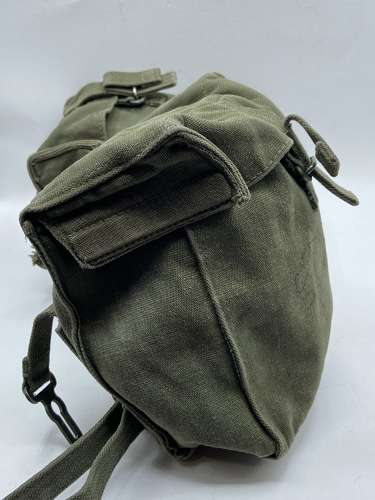 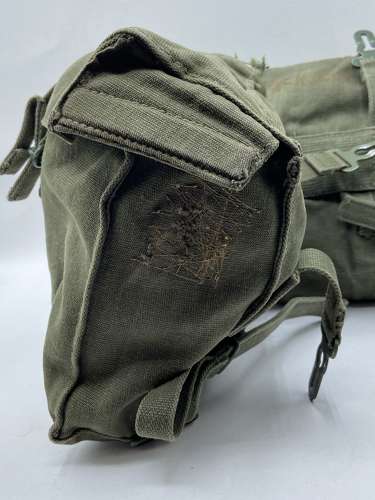 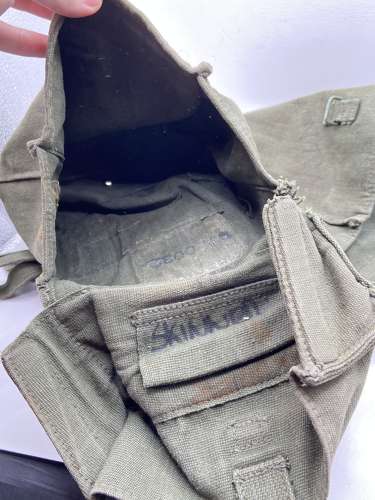 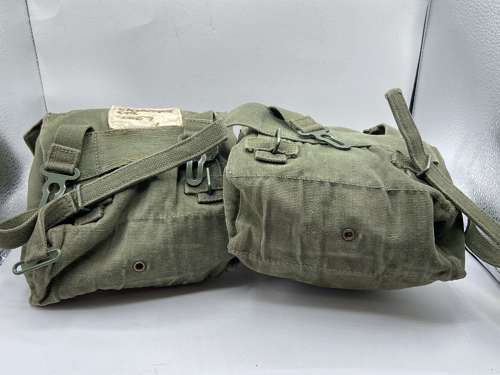 SOLD
For sale is a pair of Post WW2 British Army 1958 Pattern Left & Right Kidney Pouches which are named to Cpr Skinner. In relatively good condition, well used and period repairs. Please see photos for more details.
1958 Pattern Web Equipment was a modular personal equipment system issued to the British Armed Forces from 1959 up until the mid 90s. It replaced the 1937 Pattern Web Equipment that had served the UK's Armed Forces through the Second World War and the first decade of the Cold War. It was in turn gradually replaced in the 1990s by 90 and 95 Pattern Personal Load Carrying Equipment (PLCE), though usage in Ministry of Defence-sponsored Community and Combined Cadet Forces persisted into the 2000s. Although replaced, the belt in particular seems to survive as an unofficial form of dress (replacing the general issue Working Belt) by older soldiers when worn with Combat Soldier 95 clothing.
These are great for camping, air soft, fashion statements etc. These will be sent via 1st class signed for and dispatched within two working days.