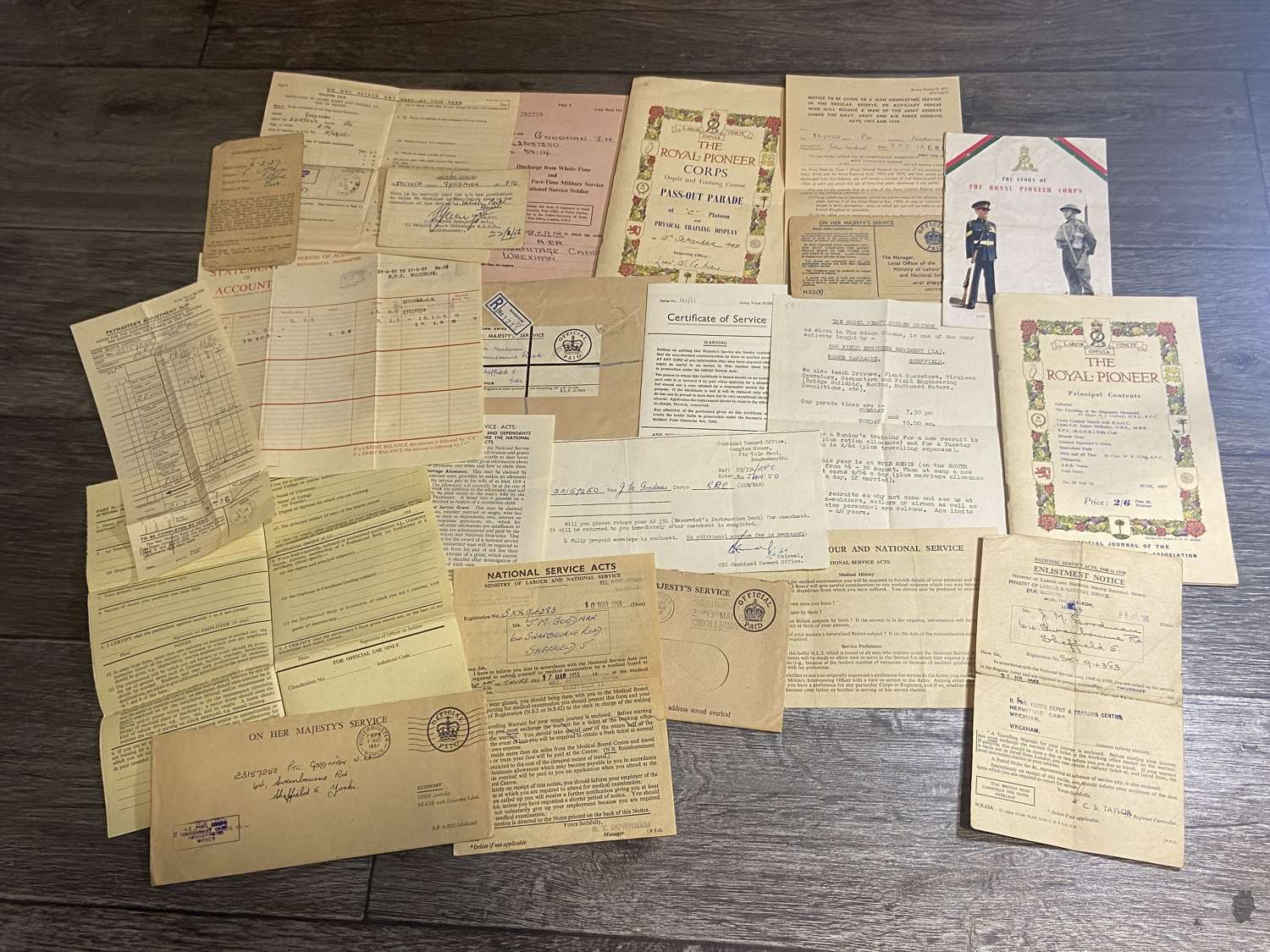 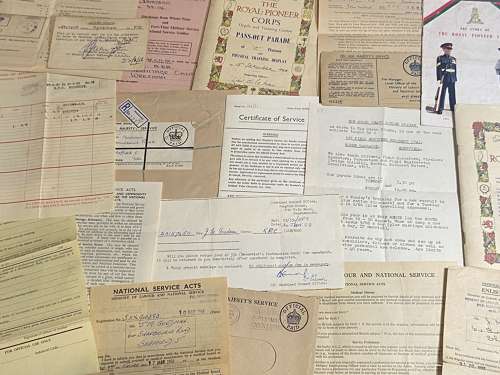 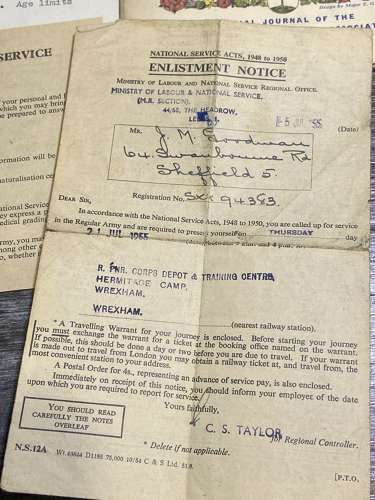 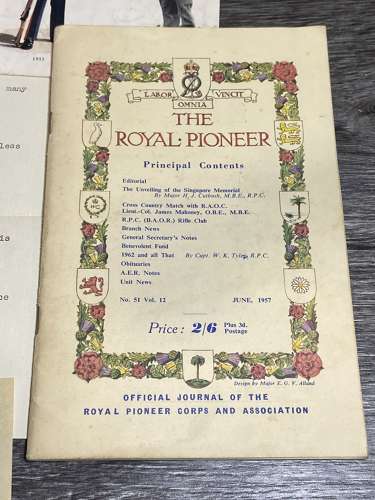 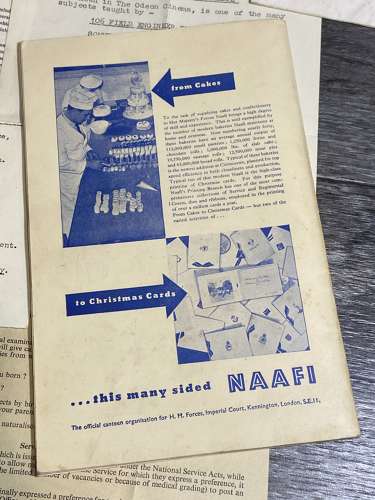 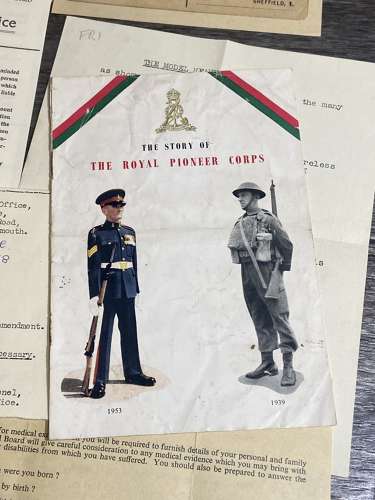 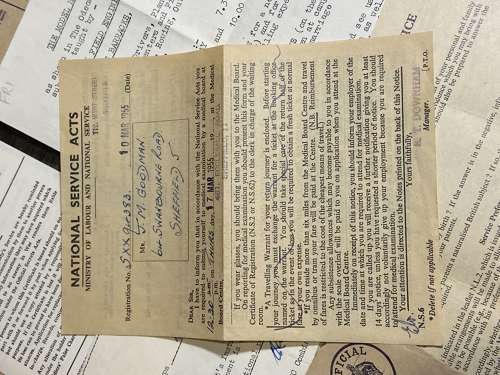 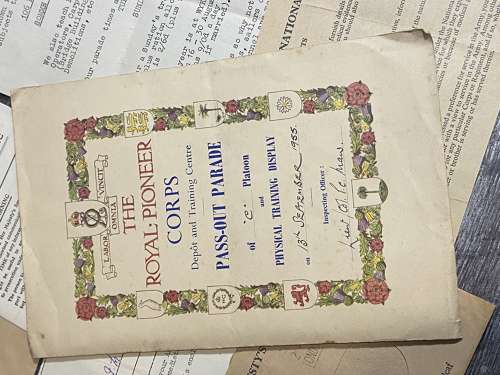 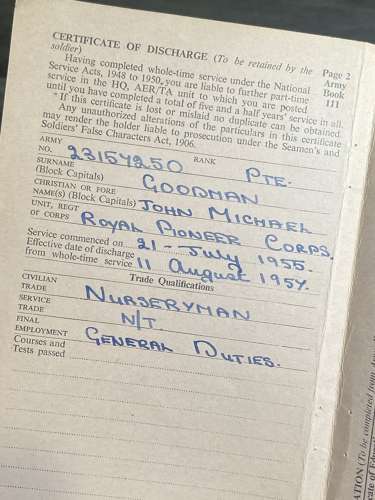 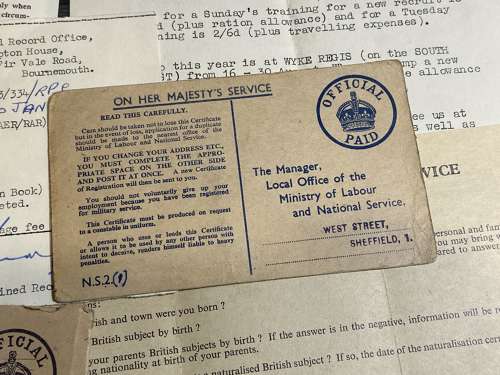 For sale is a Post WW2 National Service Paperwork Group to 23157250 pte John Michael goodman royal pay corps and the army emergency reserve from Sheffield. John was born on the 6th March 1937, John enlisted on the 18th July 1957 and was discharged from the army emergency reserve on the 20th January 1961. After 3 and a half years of service. He was also stationed at hermitage camp Wrexham. Military conduct very good. This is a great lot of paperwork comprising of:

1. Discharge from whole time and entry upon part time military service of a national service order

17. The royal pioneer cup is deeper and training centre pass out parade of sea platoon and physical training display on the 30th of September 1955

21. Notice to be given to a man on completing service in the regular reserve or accessories forces he will become a man of the army reserve under the Navy army and air force reserves act 1954 and 1959