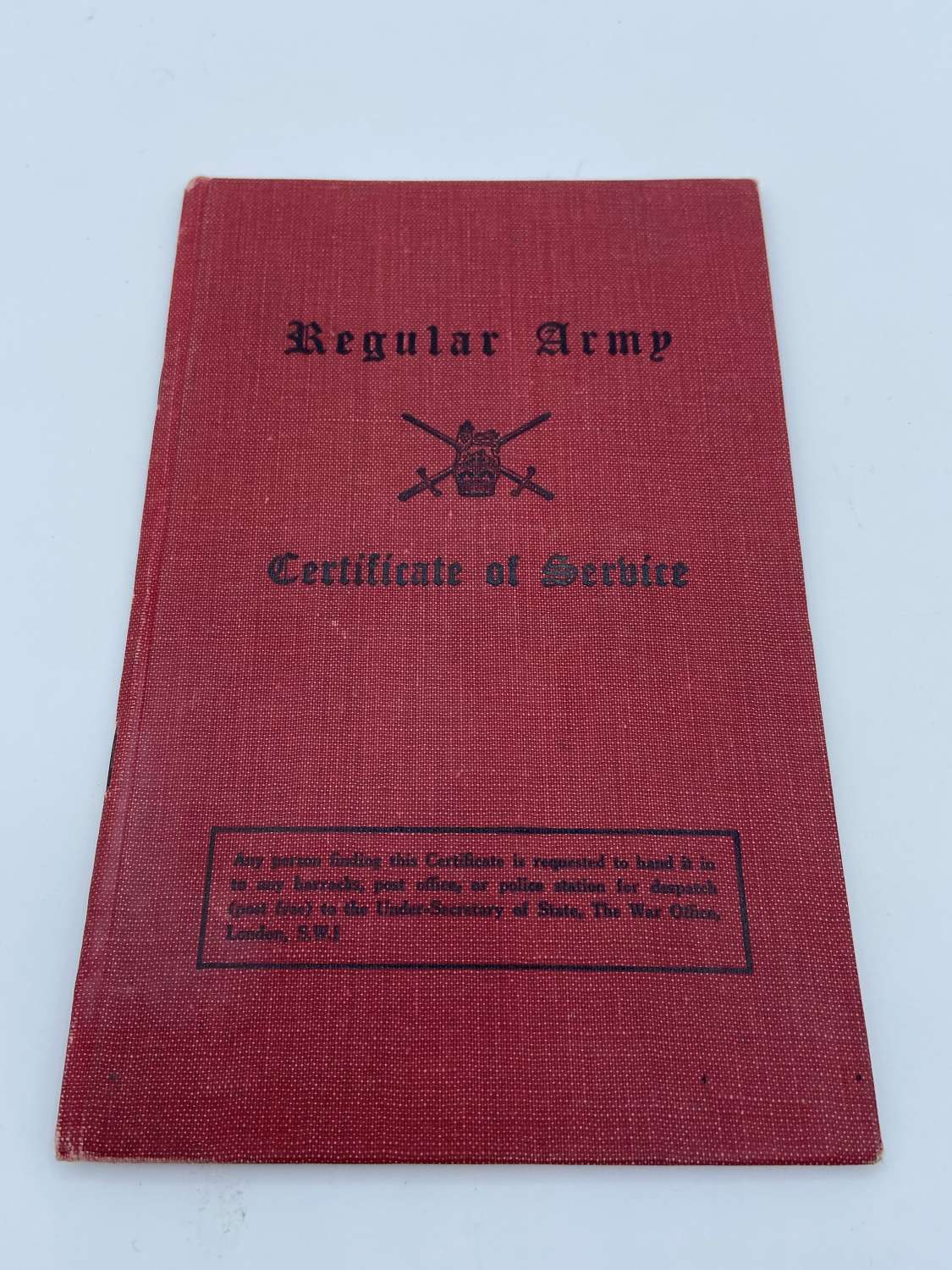 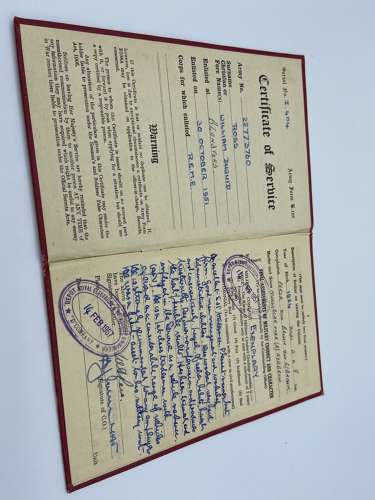 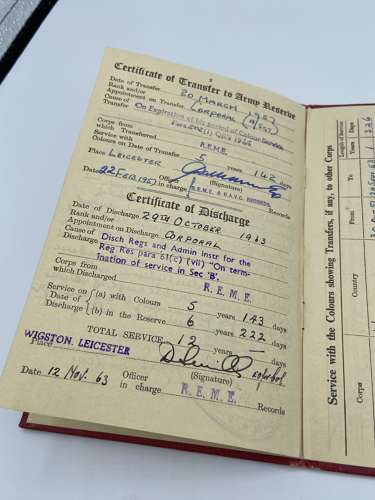 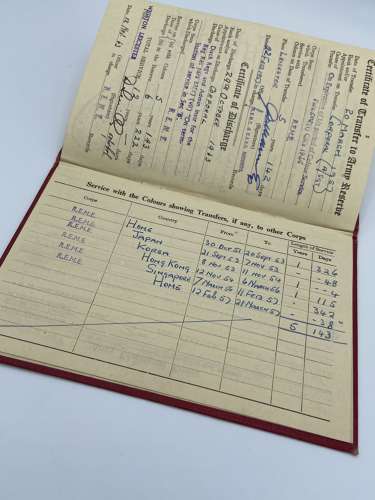 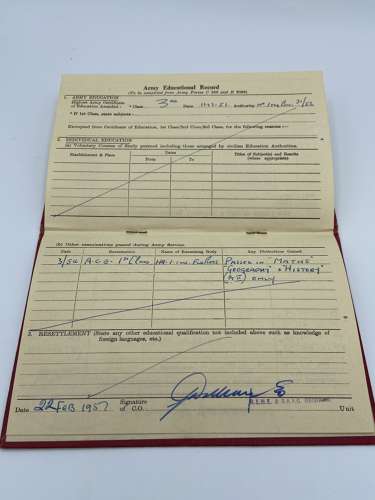 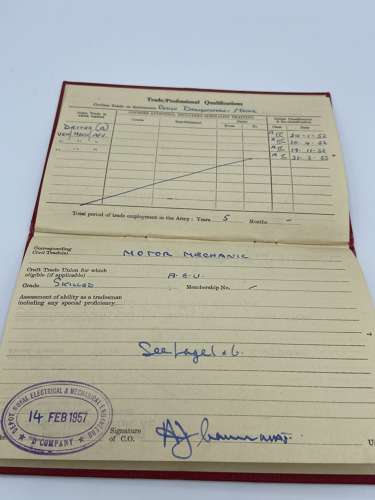 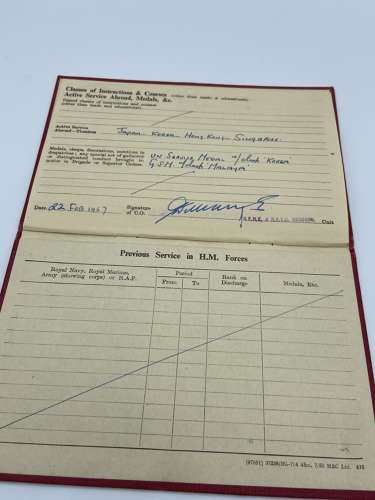 For sale is a Post WW2 Regular Army Certificate Of Service to 22773760 Corporal William Duguid Ross REME Royal Electrical and Mechanical Engineers. Date of birth: 1924. Military conduct exemplary. William enlisted 30th October 1951 in Blandford and discharged 29th October 1963 and was described as a excellent tradesman, great time management, great administrative abilities etc He also passed maths, geography and history! Serving as a driver/ vehicle mechanic. service with the colours 5 years 143 days and served in the reserves 6 years 222 days. Below is his service with the colours:

This Is a great piece of history with plenty of research potential. This will be sent 1st class signed for and dispatched within two to three working day’s.