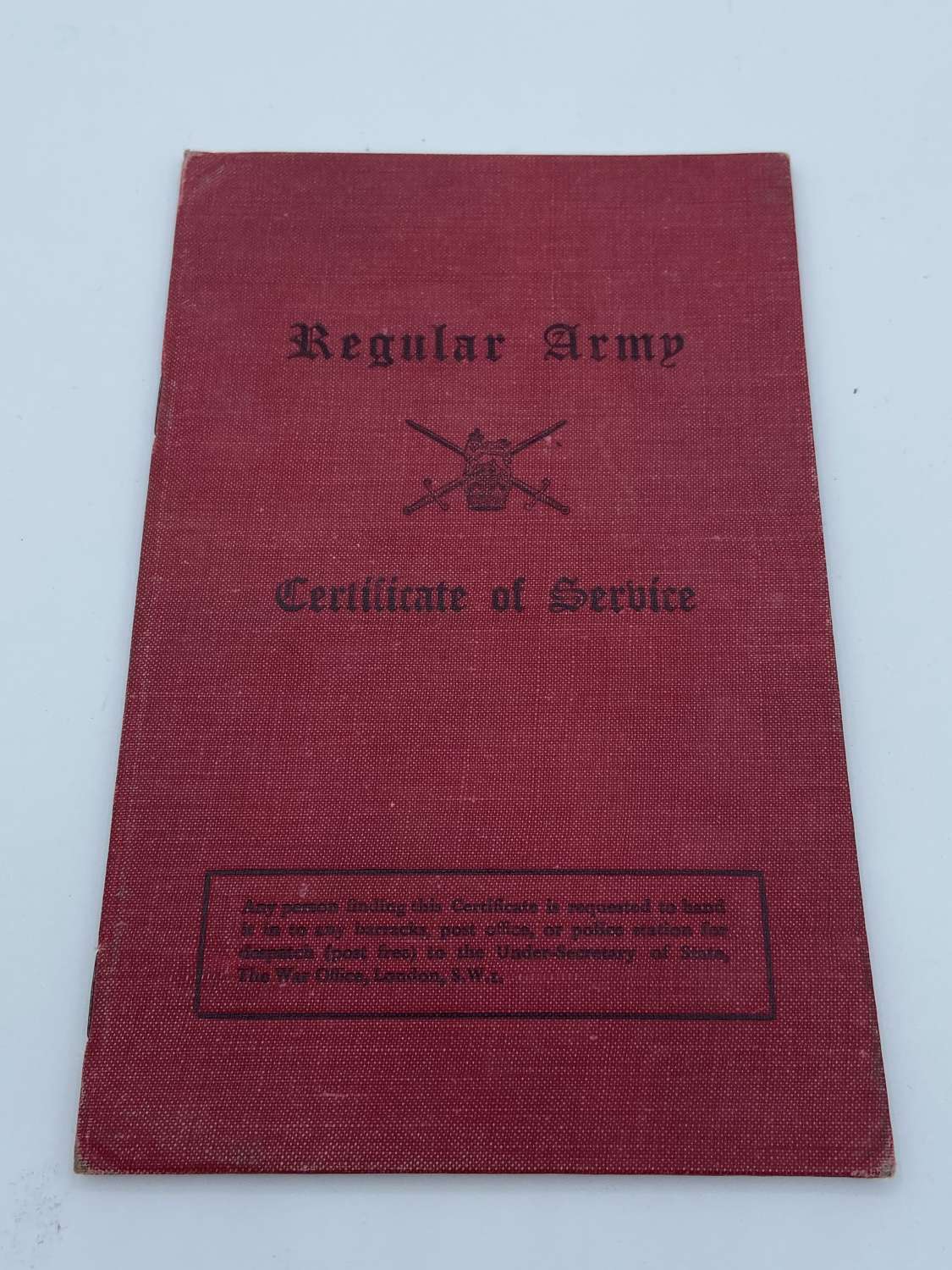 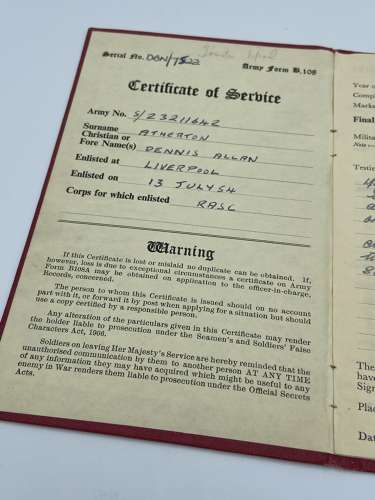 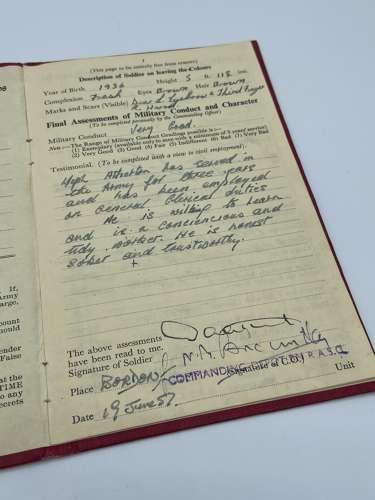 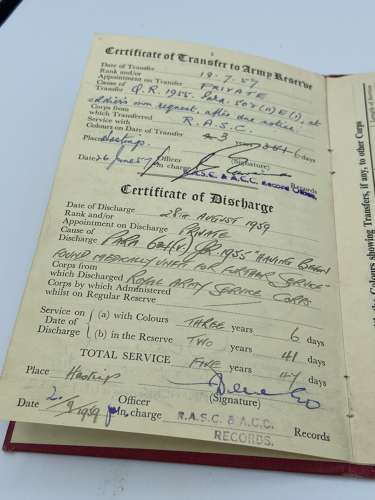 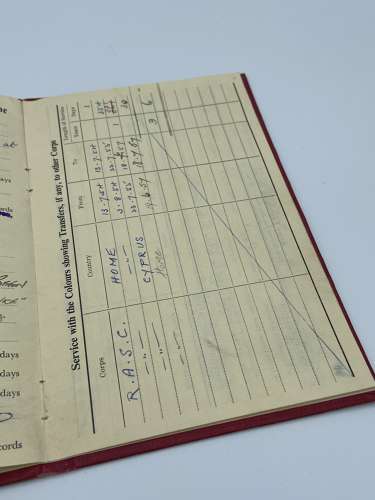 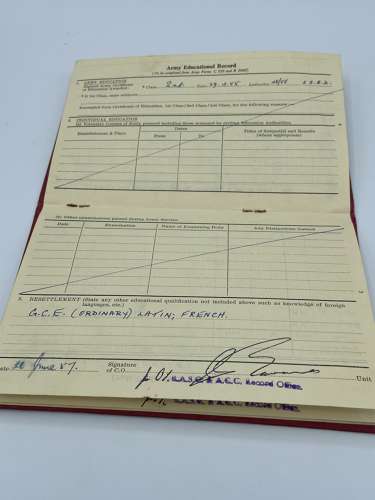 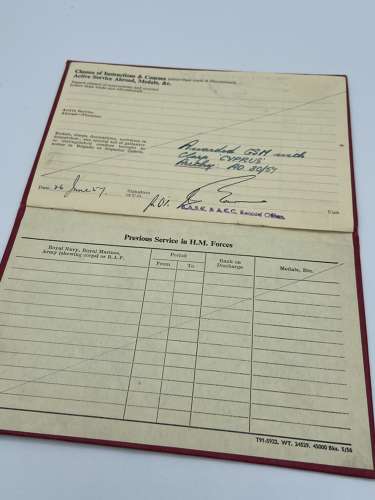 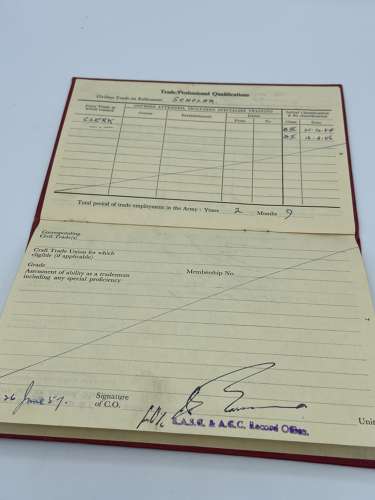 For sale is a Post WW2 Regular Army Certificate Of Service to S/23211642 Pte Dennis Allan Atherton RASC, Dennis enlisted in Liverpool 13th July 1954 and joined the Royal Army service corps. Date of birth 1936. Previously served in the army for three years, Dennis was a tidy, trustworthy & honest soldier. Enlisted 13th July 1954, serving 3 years 6 days with the colours and in the reserves 2 years and 41 days, date of discharge being 28th August 1959. Serving in Cyprus from 23/07/1955 till 18/06/1957 the rest of his service was spent in England. Dennis was able to speak GCE, Latin and french. Dennis was awarded a general service medal with the Cyprus clasp - date awarded 26th June 1957.

Seeing action in Cyprus during The Cyprus Emergency (Greek Cypriot War of Independence) was a conflict fought in British Cyprus between 1955 and 1959. The National Organisation of Cypriot Fighters (EOKA), a Greek Cypriot right-wing nationalist guerrilla organisation, began an armed campaign in support of the end of British colonial rule and the unification of Cyprus and Greece (Enosis) in 1955. Opposition to Enosis from Turkish Cypriots led to the formation of the Turkish Resistance Organisation (TMT) in support of the partition of Cyprus. The Cyprus Emergency ended in 1959 with the signature of the London-Zürich Agreements, establishing the Republic of Cyprus as a non-partitioned independent state separate from Greece. British army 25,000 to 40,000 strength Vs 300 EOKA fighters. Resulting in 457 brits/ TMT/ colony of Cyprus/ republic of turkey/ Akel dead and 90 EOKA confirmed dead.

This is a nice historic lot, with some good research potential! This will be sent via 1st class signed for and will be dispatched within 2-3 working days.