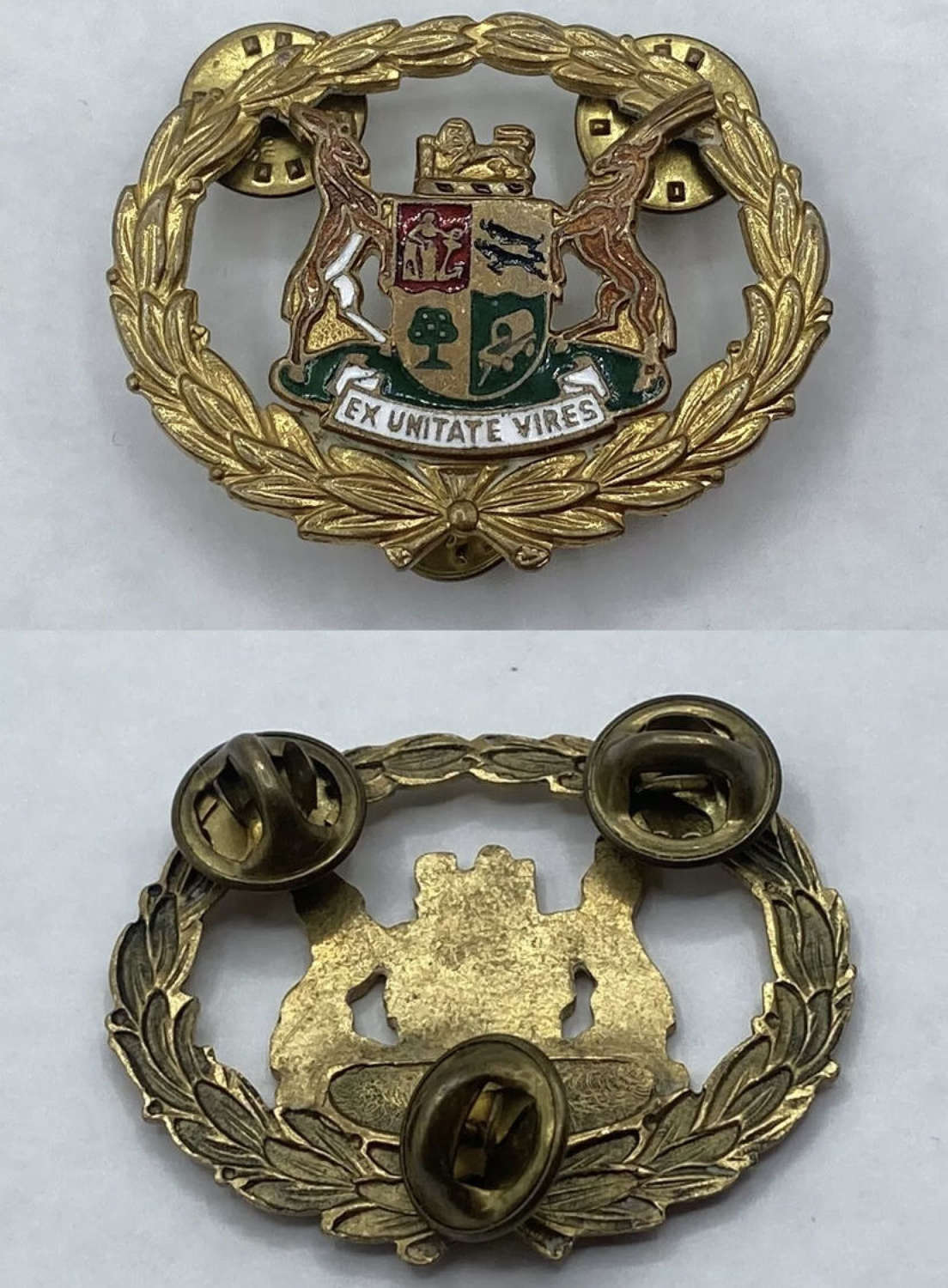 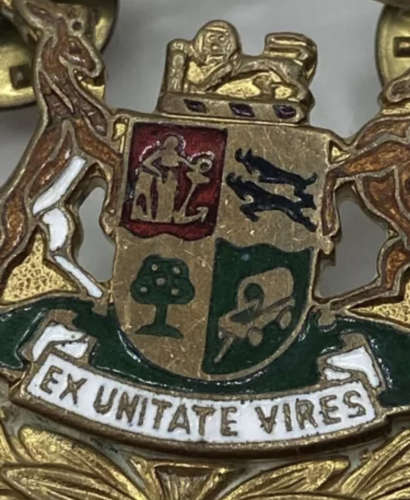 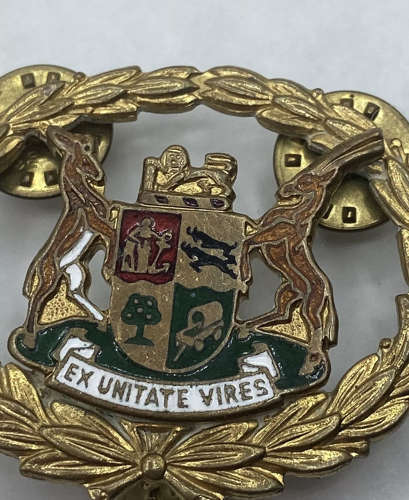 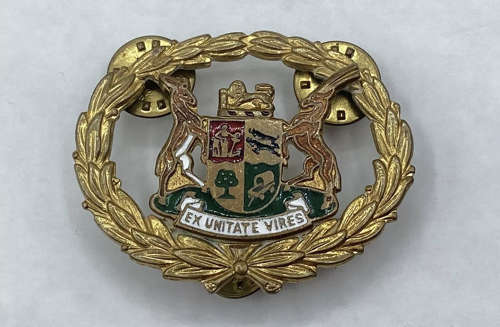 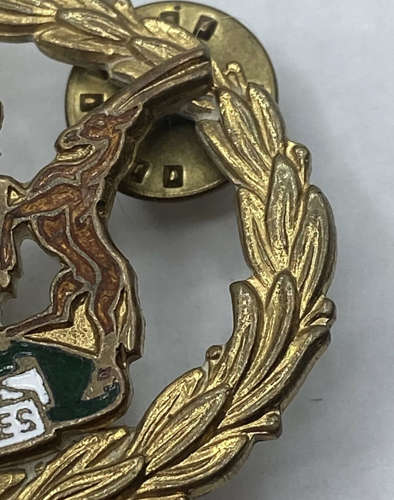 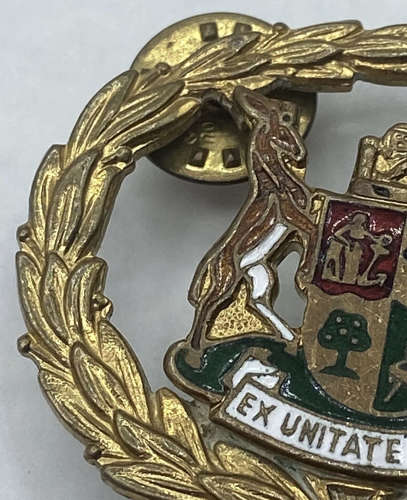 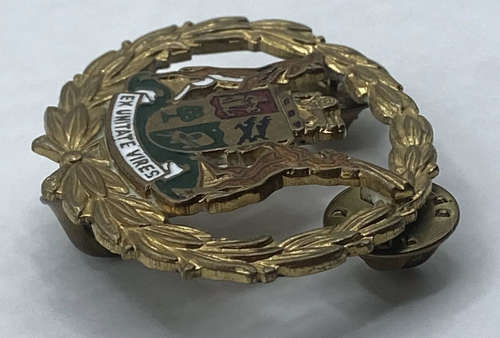 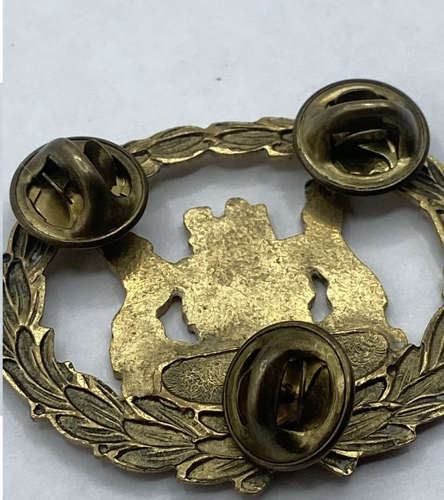 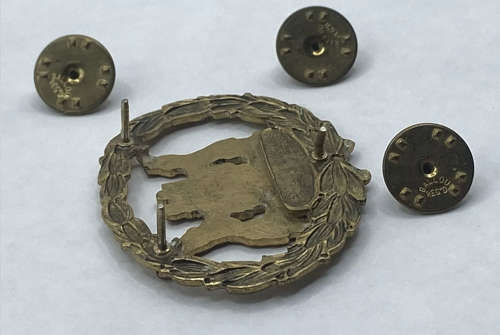 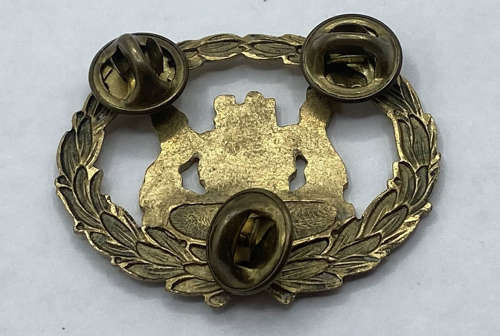 For sale is a Rhodesia Bush War Conflict July 1964 to December 1979 South Africa Police (SAP) Warrant officer class 1 rank badge. This badge has three clutch pins to the back, the pins are all present and maker marked “Ballou Regd”. The badge contains the 1932 rendition crest/emblem of the South African deference force. The badge is overall in good condition.

Three official renditions of the arms were used. The original rendition (1910) was the only version used until 1930, and it continued to be used as the rank badge of warrant officers in the South African Defence Force and South African National Defence Force until 2002. The second version, painted in 1930 and known as the "ordinary coat of arms", and the third version, painted in 1932 and known as the "embellished coat of arms", were both used until 2000. The former was also used on the insignia of the South African Police until the 1990s. This badge uses the 1932 rendition.