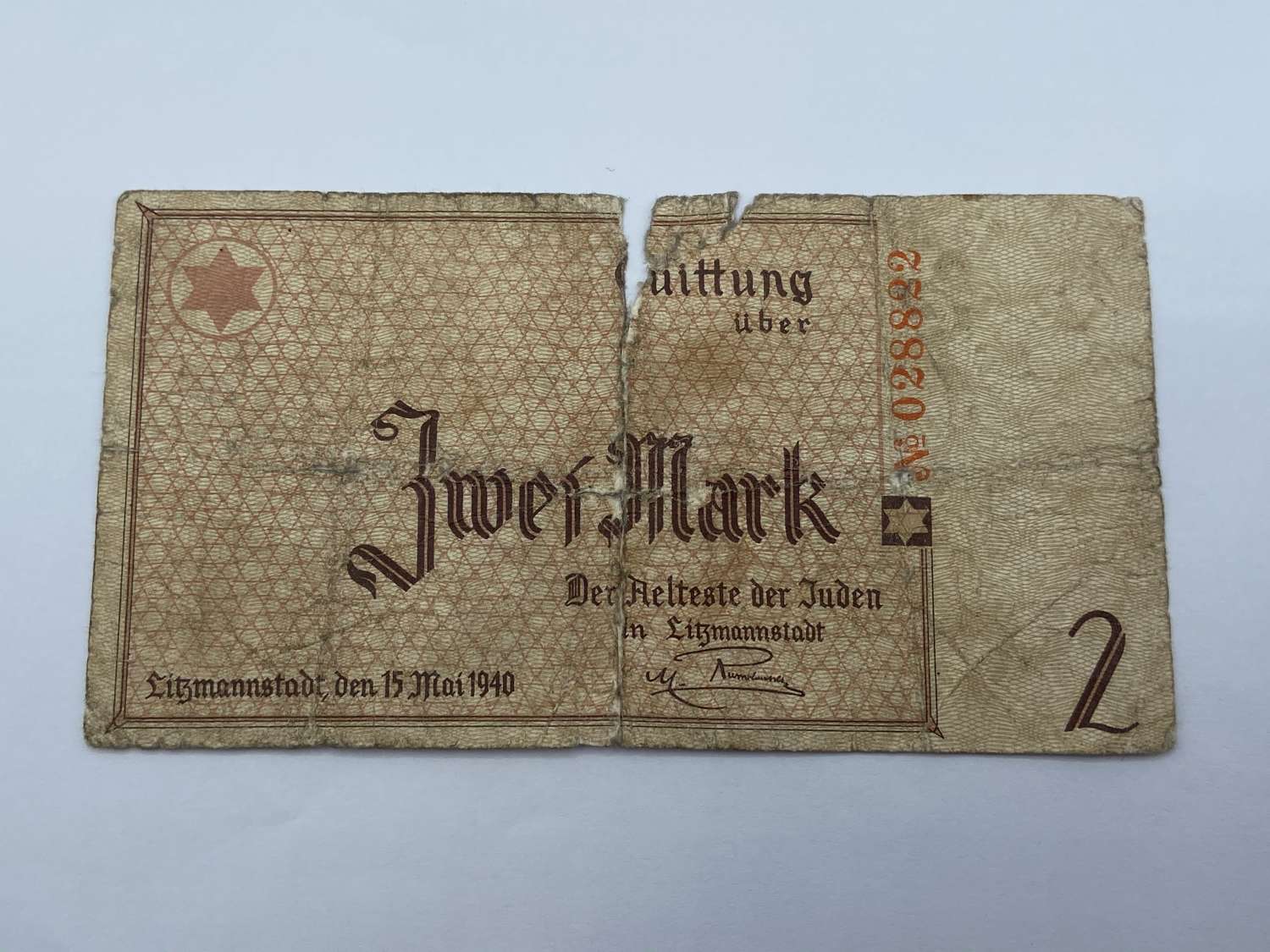 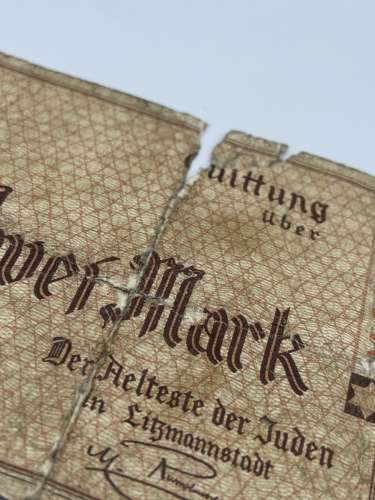 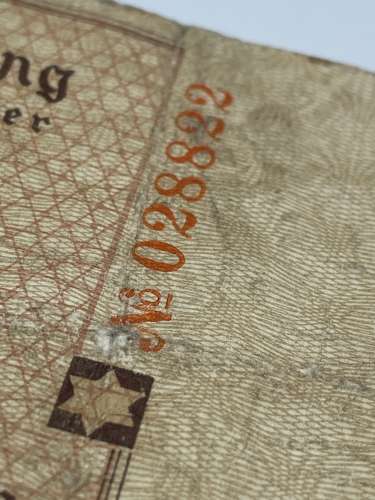 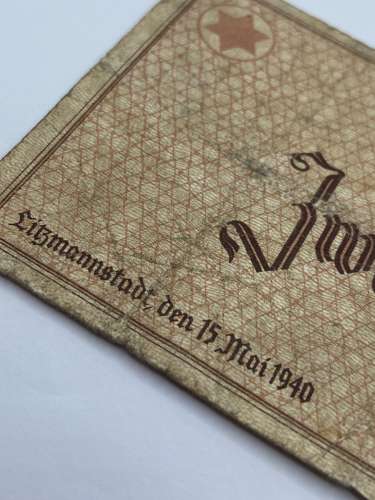 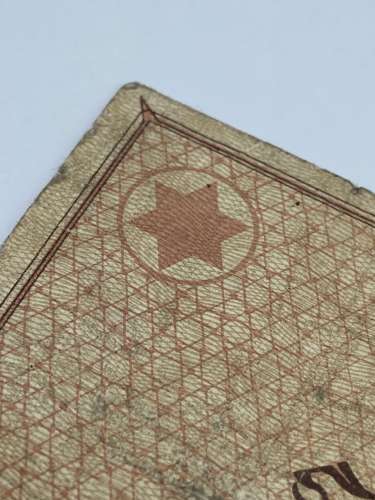 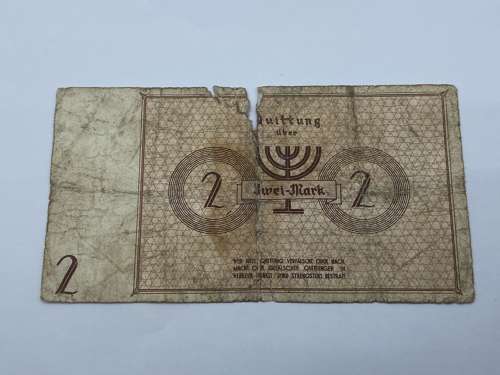 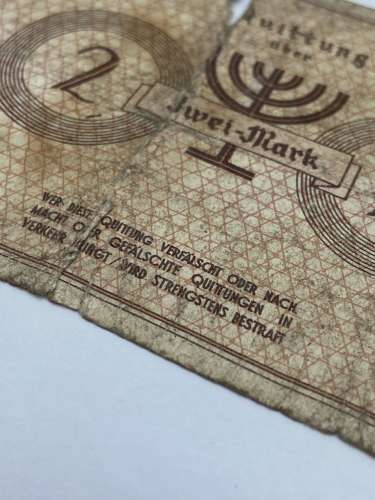 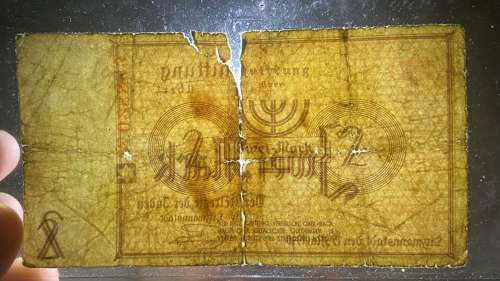 For sale is a 2 Mark 1940 Ghetto Litzmannstadt Rauchwerger Forgery. Extremely rare forgery of 2 mark by Szymon Rauchwerger. Only a few examples known of today. According to Rauchwerger about 5500 forged notes were put by him into circulation, some after withdrawl were put back as there was a lack of cash in Lodz getto. Hence the majority of known examples have strong evidence of circulation. This sill be sent via special delivery and dispatched within two to three working day’s.