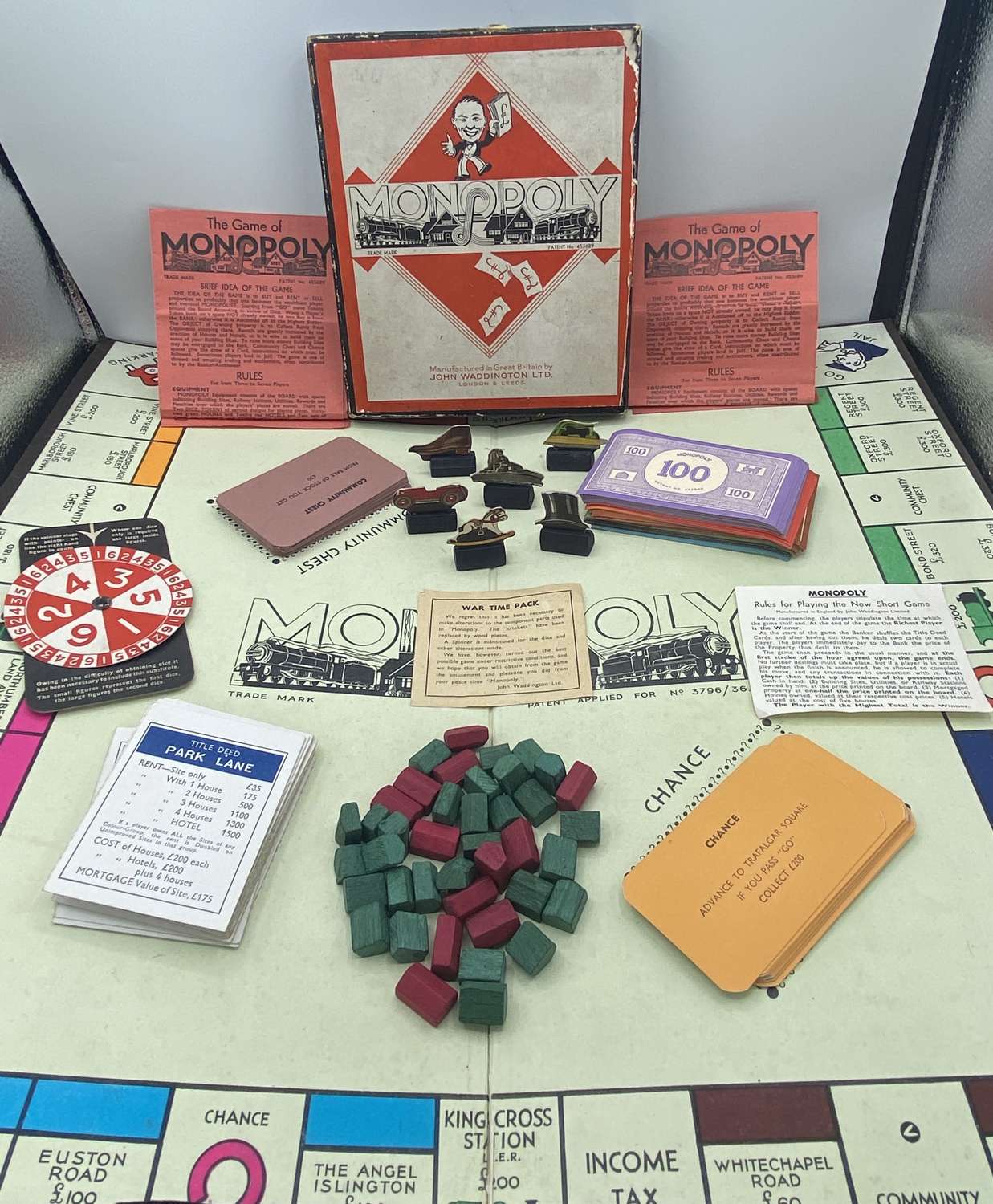 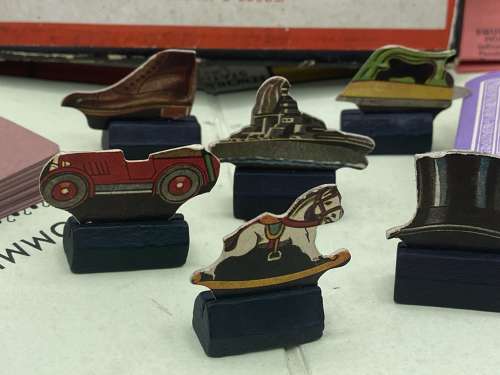 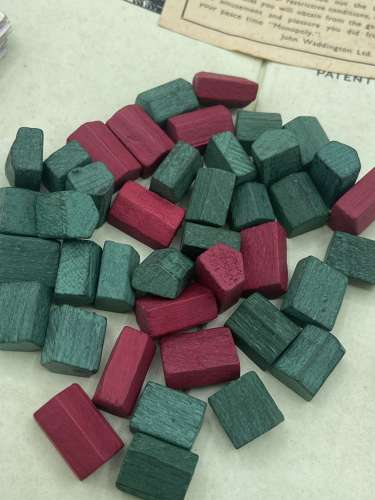 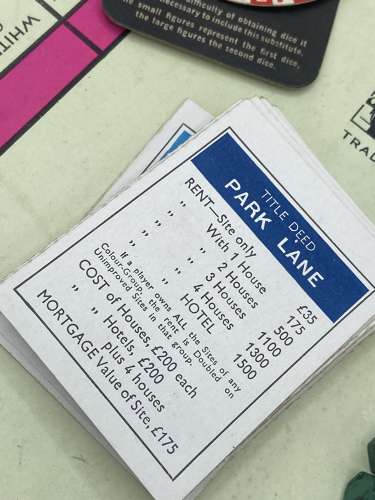 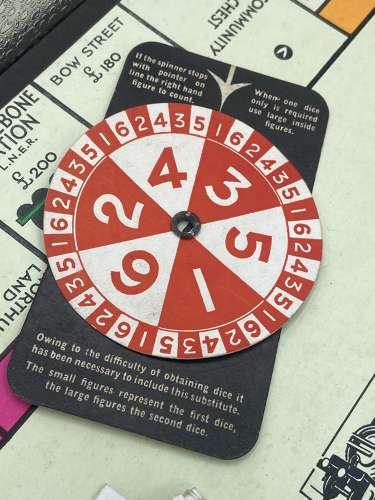 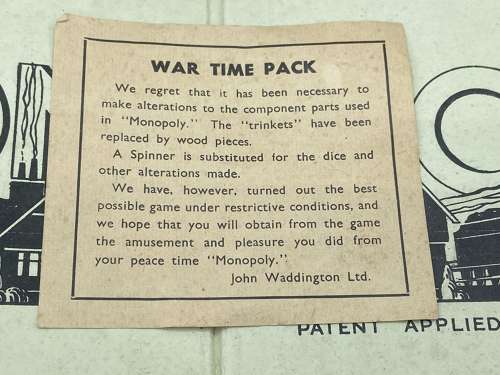 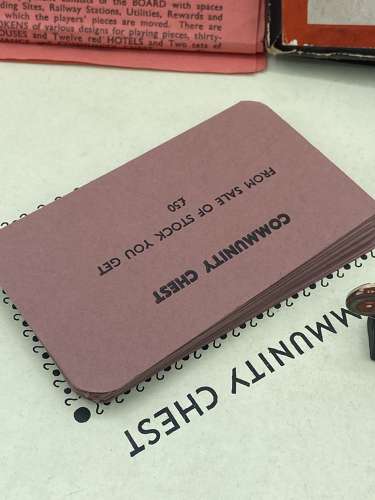 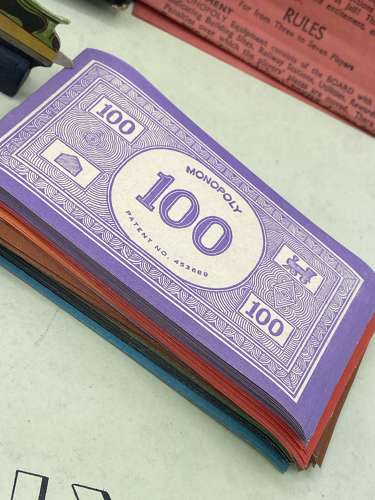 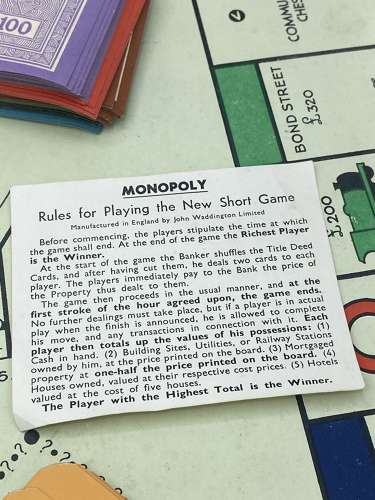 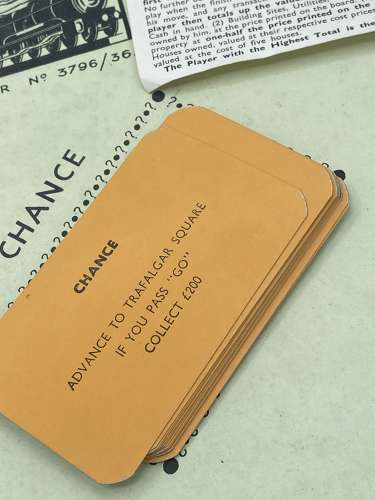 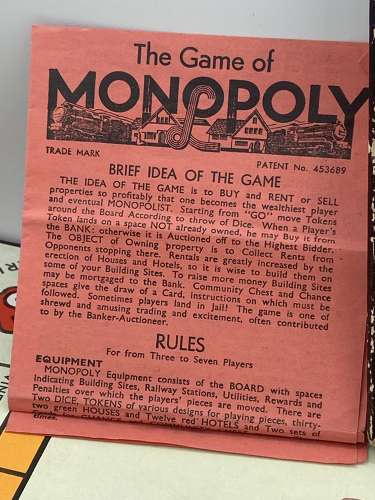 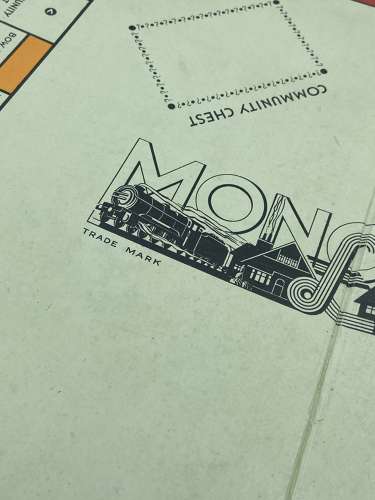 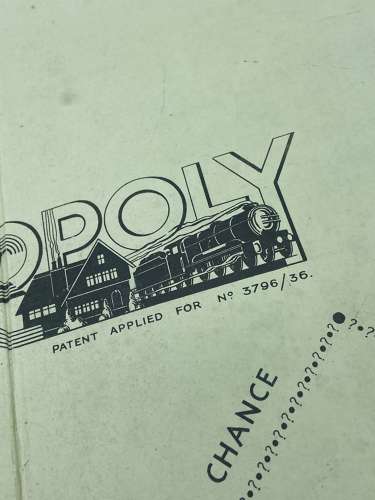 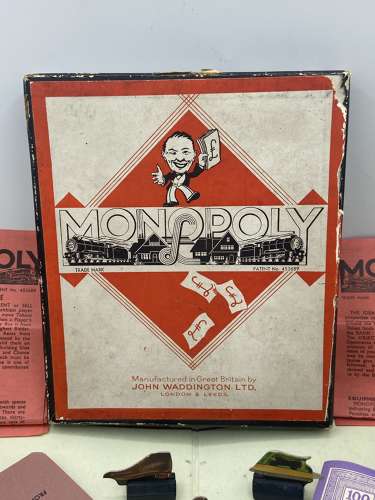 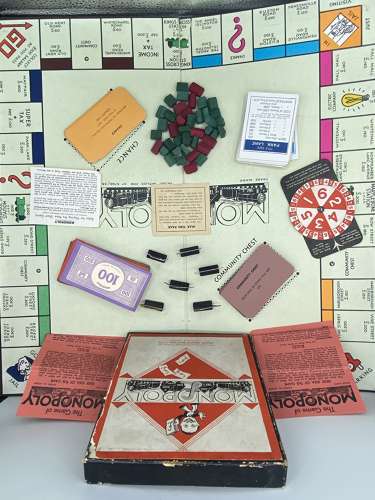 During WWII, the manufacturer of the UK version of Monopoly, John Waddington Ltd., produced a Wartime edition due to supply constraints. The rules were altered, pieces were replaced and a spinner was used in lieu of dice.

All of the currency and playing cards were printed on cheaper stock and the famous game pieces were replaced with cardboard cutout versions that were affixed to the top of pieces of wood. Perhaps the coolest alteration was the spinner that replaced the dice. The design is simple and effective. Even the rules were revised for quicker gameplay. A time limit? Madness! The quality of the ‘chance’ and ‘community chest’ cards were reduced and the houses and hotels were simplified.

This I do not believe is a special pow one, it’s often simple to tell if it is, usually free parking is marked with a red dot, or certain stops on the map will have an extra full stop or punctuation mistake. However Most interestingly, special POW editions of the ‘War Time Pack’ were produced by John Waddington Ltd., and distributed by fake charities to try to help Allied Forces escape. Secret maps printed on cloth or silk (they don’t make noise, could get wet and be stuffed easily), escape tools and other useful information about the war were hidden inside the actual box and even the board itself.