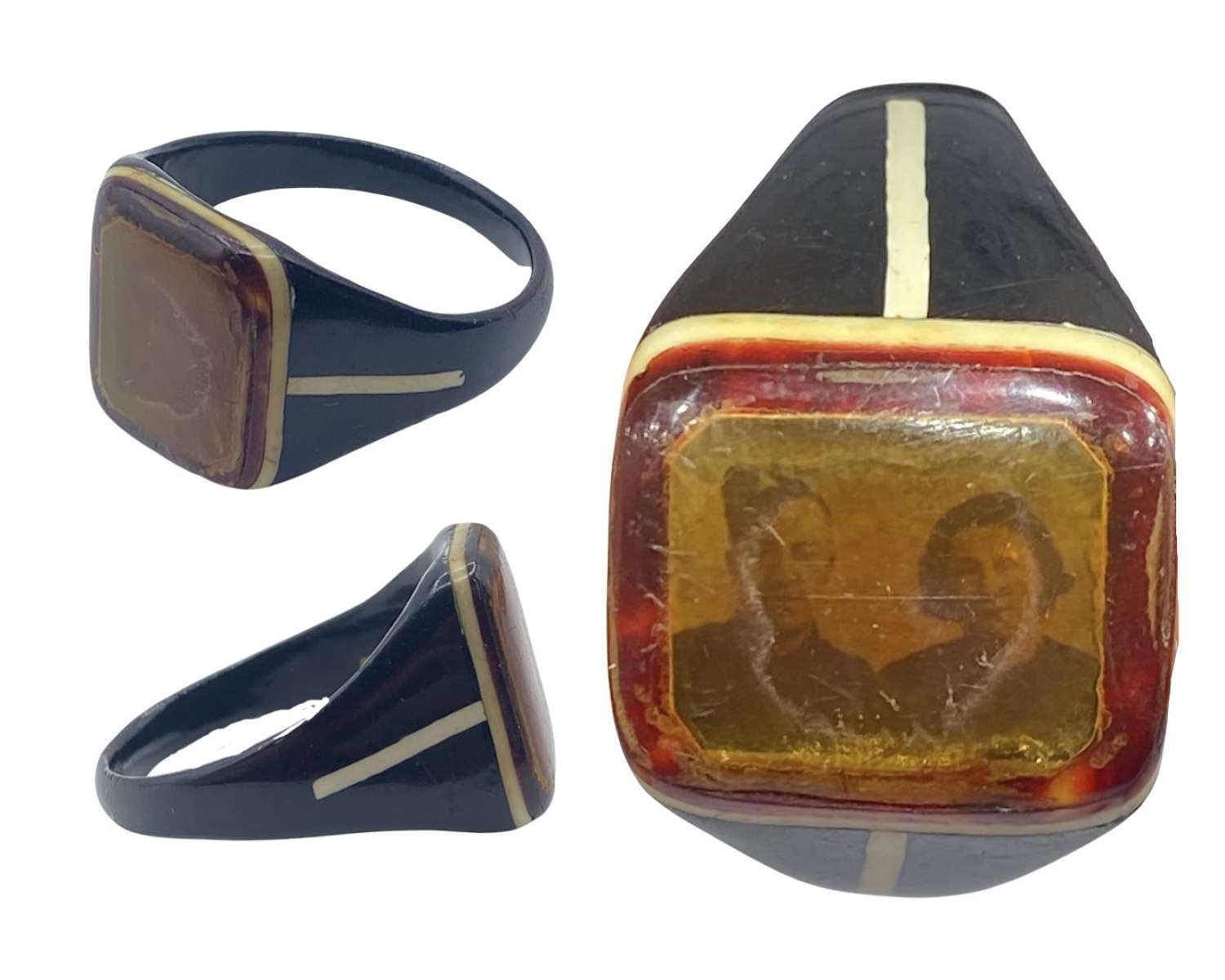 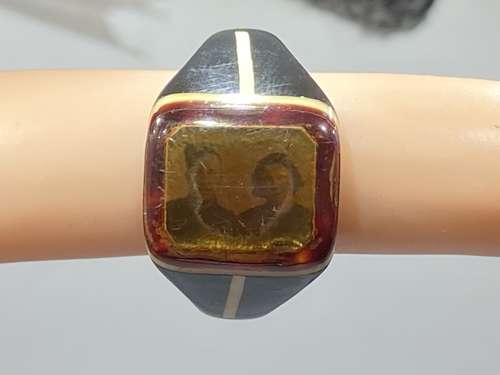 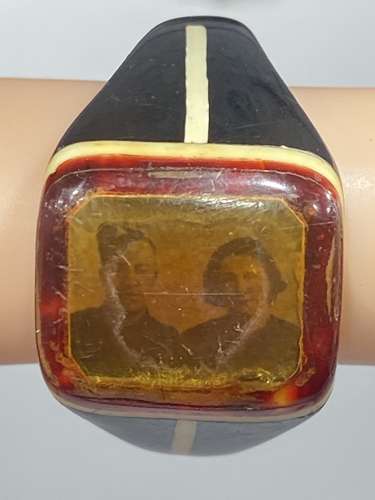 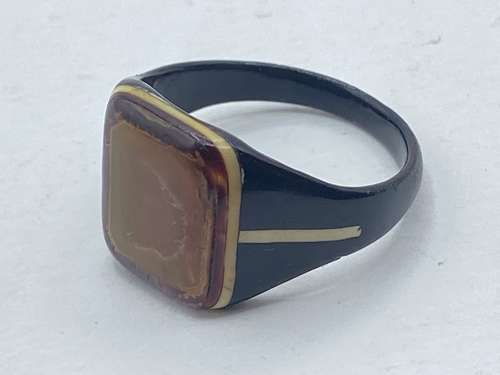 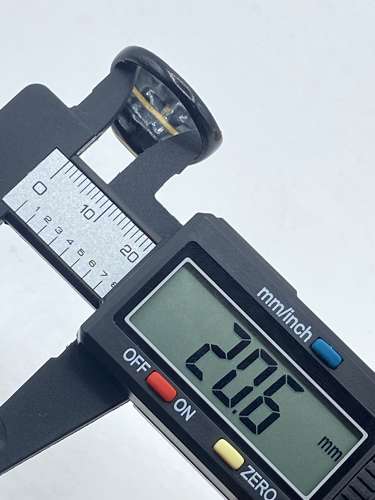 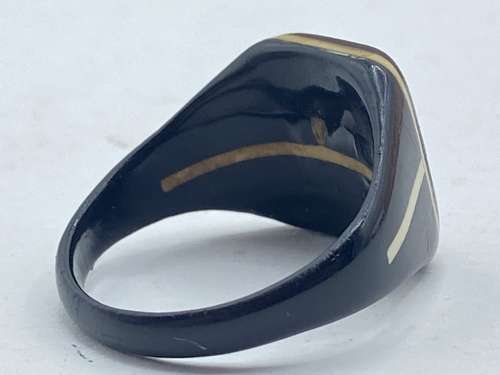 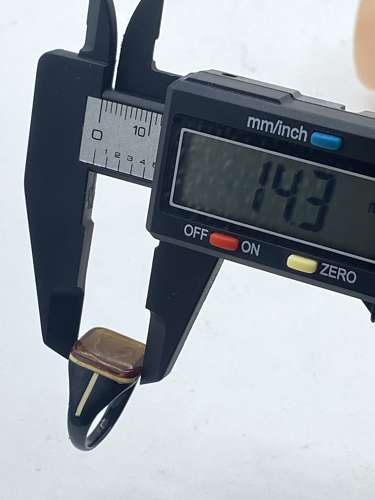 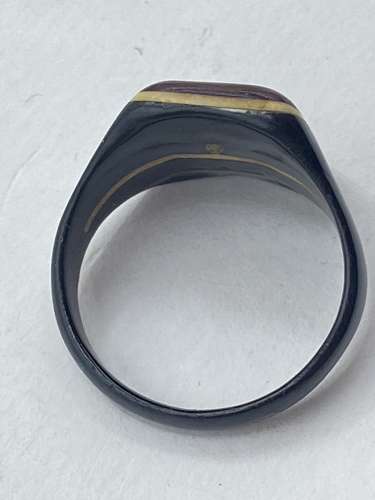 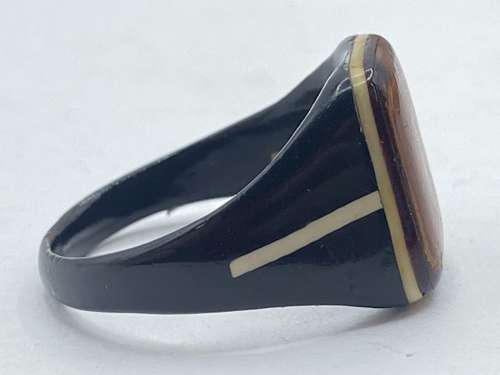 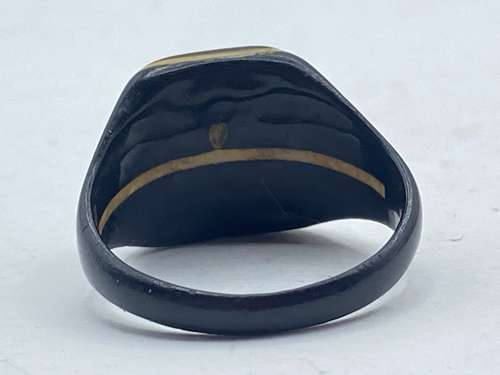 £110.00 Approx $134.97, €128.06, £110
(1 in stock)
Qty
For sale is a Rare 1930s to 1940s WW2 British Army Prisoner Of War Art Celluloid Photograph Mourning Ring. This black and white opaque celluloid ring has a transparent amber window at the front with a miniature photograph of a presumably man and wife who are both in some sort of uniform, (please see photos for more details). The inside diameter of the ring is 20.6mm which makes it a uk size of U/V. The total height of the ring is 14.3mm.
A prison ring is a type of plastic jewelry fashioned by hand in prisons, by working scrap plastic material, commonly celluloid items such as a toothbrush or a pen. Celluloid was historically a popular material since it could be heat bonded and glues were often less available. A common feature of prison rings were small photos mounted on the bezel.
The rings were produced as early as the 1920s. Rainey Bethea, the last person to be publicly executed in the United States, was caught after a 1936 rape-and-murder because he left a distinctive prison ring at the murder scene.
This will be sent via Royal Mail special delivery and dispatched within two working days.