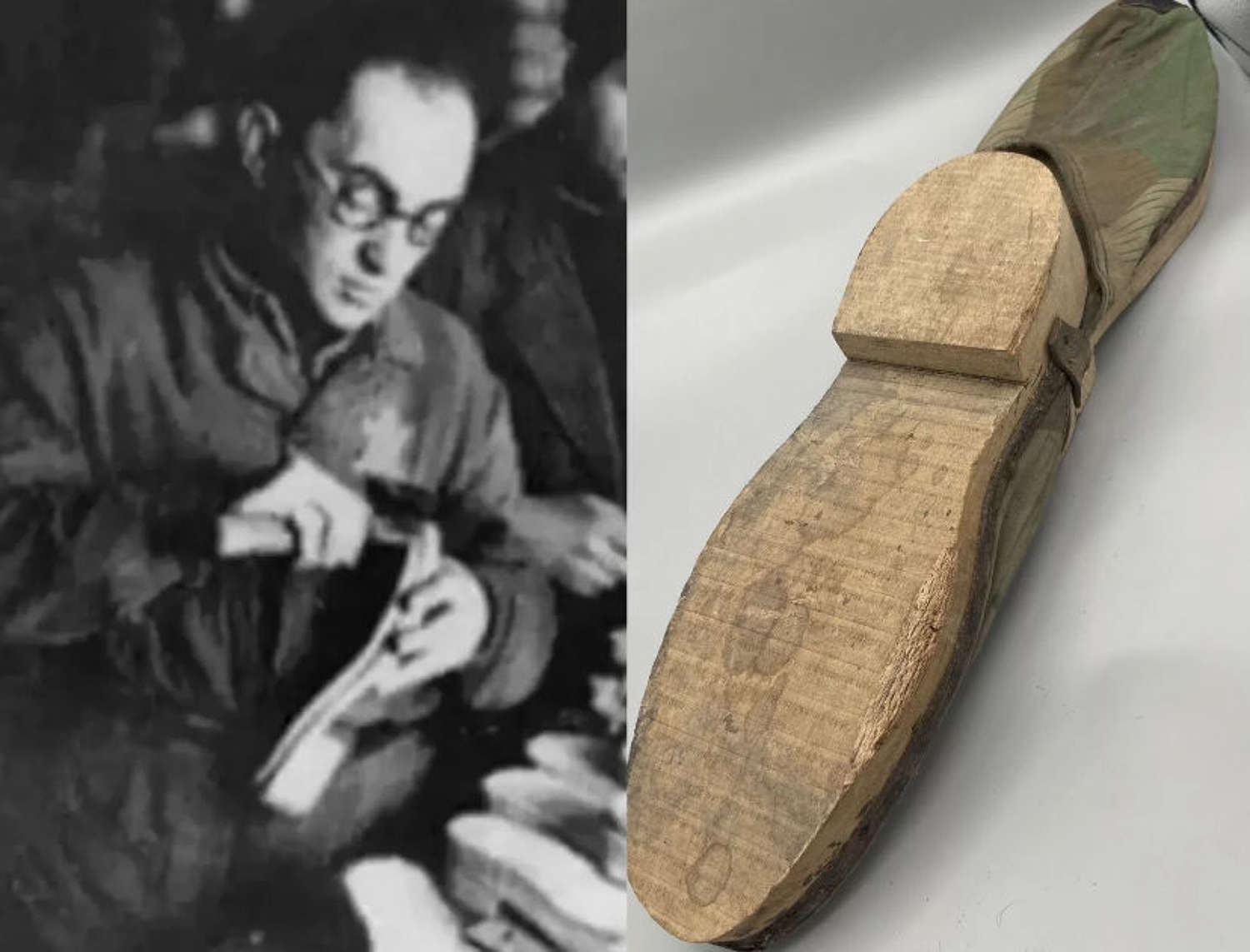 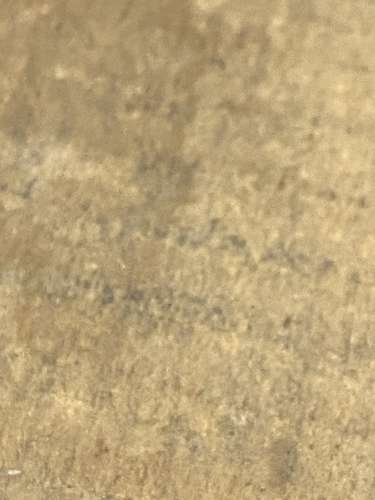 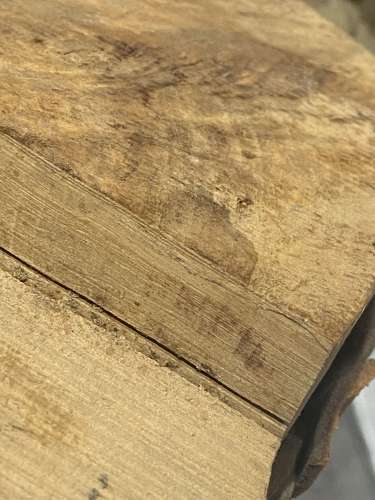 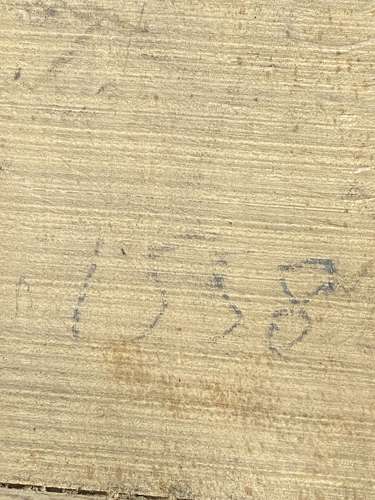 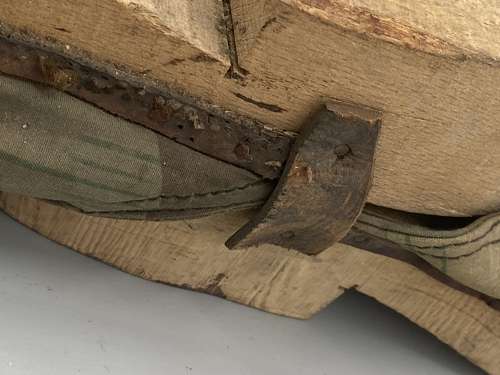 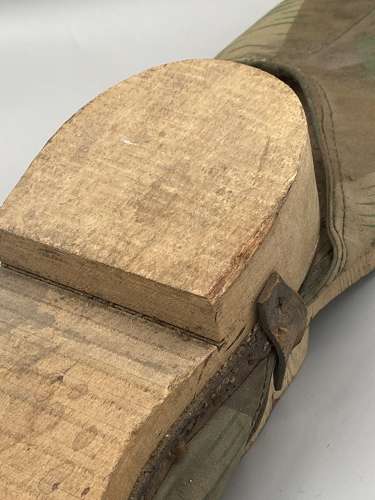 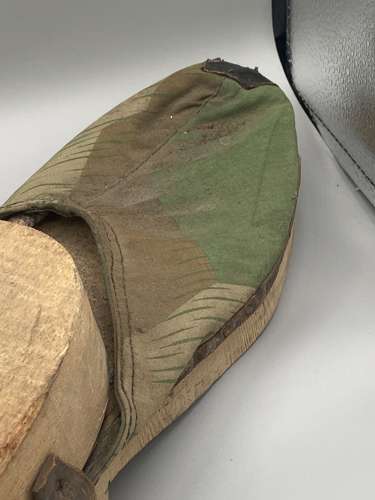 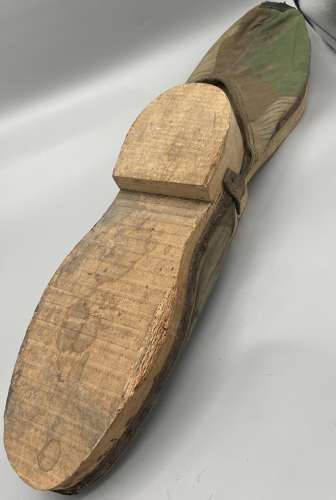 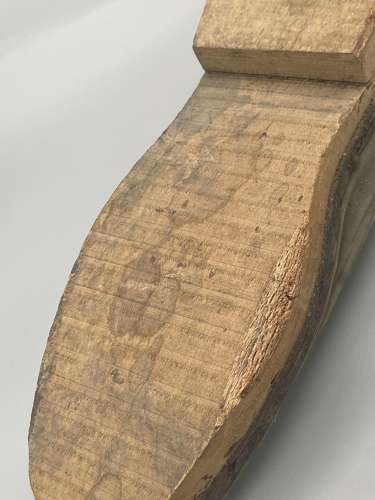 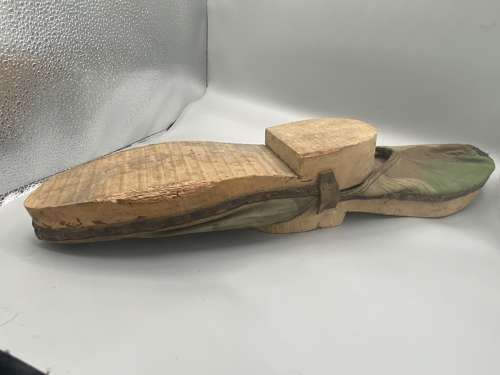 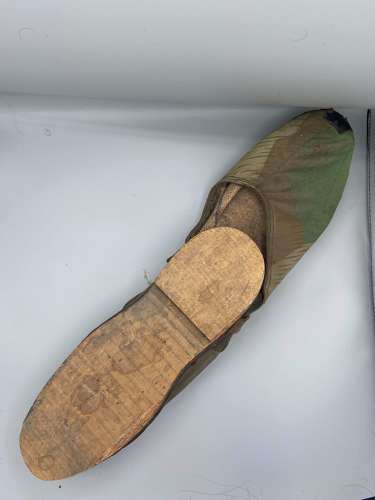 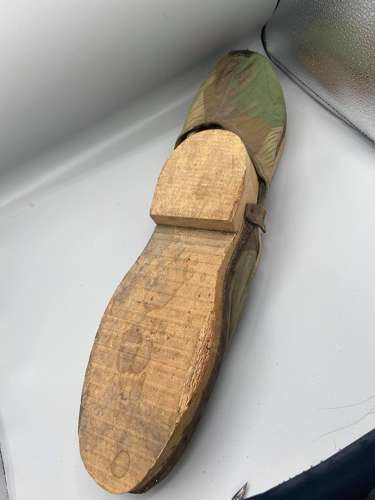 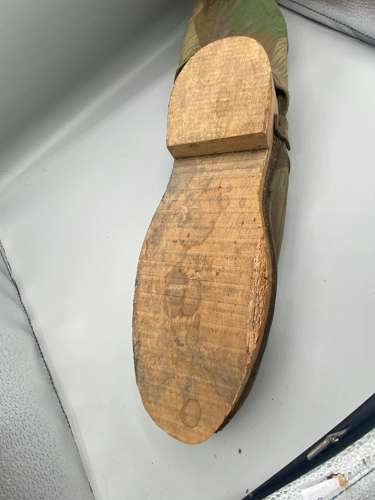 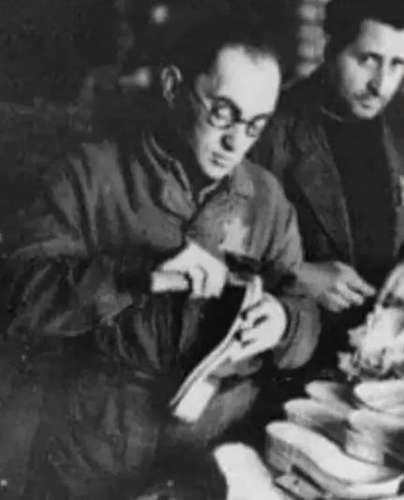 For sale is a pair of WW2 German Handmade unissued Concentration Camp KZ Reichenau/ Buchenwald Shoes. I currently have a few pairs of these Unissued shoes which were recently rediscovered in a warehouse/ factory in Innsbruck, Austria. Most of these shoes still have there connecting tab ready for transport. Condition is as seen, please remember these have been incorrectly stored for the past 75 years and may have wood worm, moth damage, water damage etc. So please observe the photos carefully.

During the early part of the war concentration camps were primarily set up as labour camps, in which both Innsbruck-Reichenau and Buchenwald both had forced labour shoe factories. In the early days concentration camp inmate shoes were made from using recycled materials, the soles were made from wood, and were made from scrap/ off cuts of leather, German uniform that could no longer be used because of condition etc. The shoes here for sale are made from Ww2 german splinter camo zeltbahns, you can see the period repairs done by soldiers trying to salvage the zeltbahns, but with to much damage these zeltbahns would become in effective and be given to the camps for making uniforms, scraps of leather used for the toe cap and side strip, attached to the wooden clog via pins. With these shoes being found in Innsbruck I were produced in Innsbruck-Reichenau concentration camp, most of the pairs I have still have there strap ready for transport. Other examples of these shoes can be found in the Buchenwald Museum and the United States holocaust memorial collection, as these were all handmade they are all individually different however there are similarities between all of them (Please refer to the blog on my website) for photos and similarities between different shoe styles & the materials used).

Reichenau was planned and built as a work camp for Italian (mostly) forced laborers who were labeled as in breach of their work duties arbeitsvertagsbrüchig. However several years later ended up becoming a ‘half way station’ between places to the larger camps, here you would stay a short stay and then be moved to camps like Auschwitz, Dachau and Buchenwald. The number of deaths in the Buchenwald concentration camp is estimated to have been 56,545. In 1945 when each of the concentration camps had been cleared the majority of the inmates uniforms, shoes and living accommodations were burned to stop the spread of diseases already infesting each of the camps.

These are a true reminder of the atrocities committed during WW2, and rarely come up for sale. So don’t miss out!! These are guaranteed original or money back guaranteed. These will be sent via special delivery and dispatched within two to three working day’s.