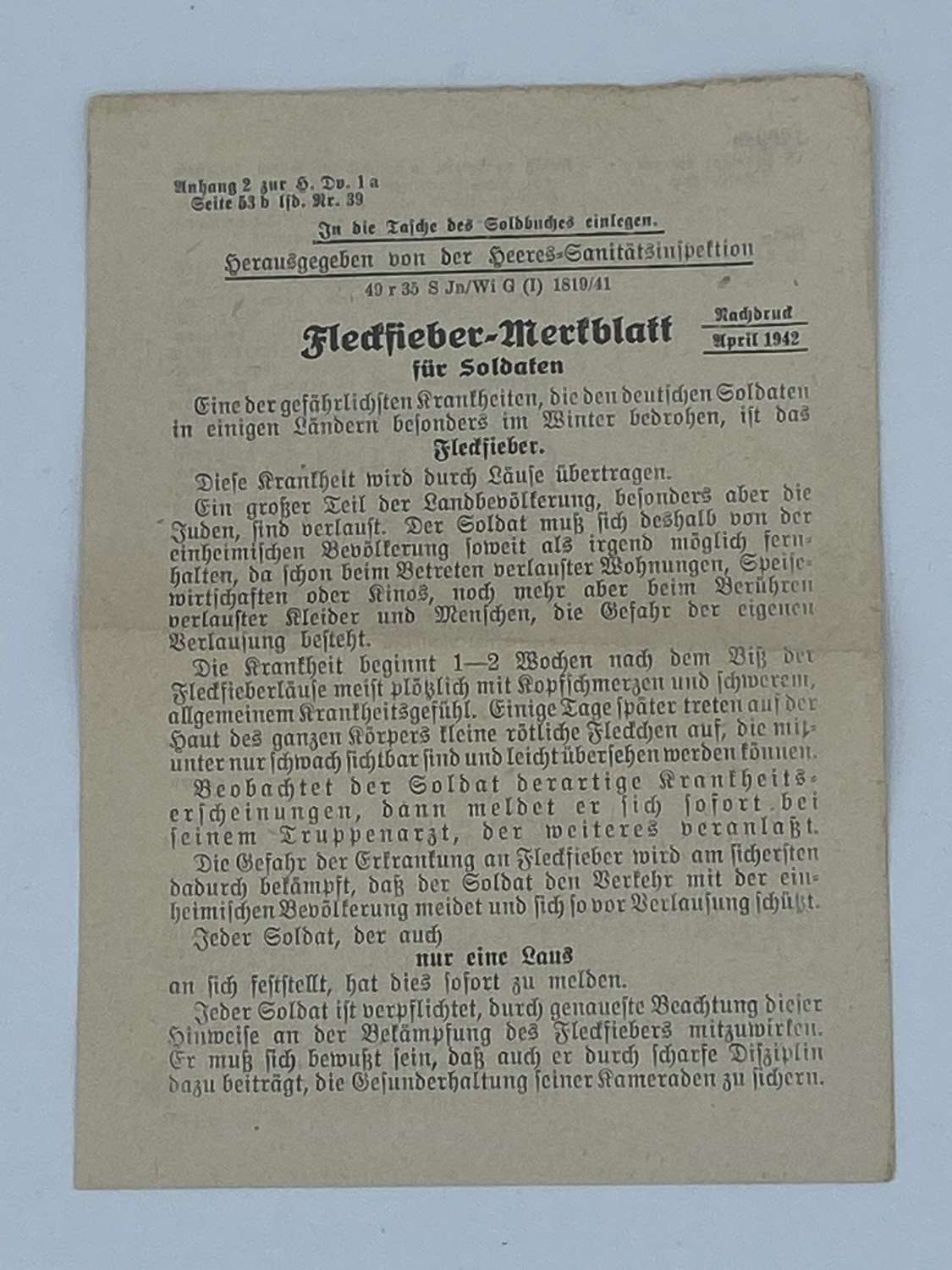 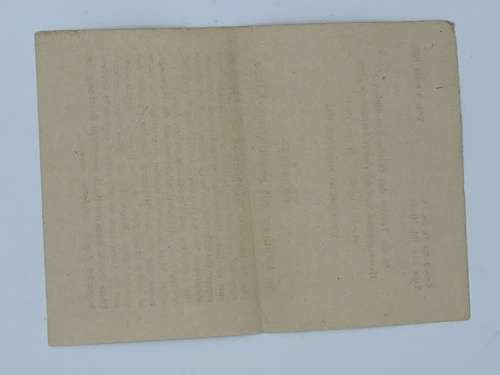 WW2 German Warning Leaflet For Typhus & Stay Away From Jews

For sale is a WW2 German Warning Typhus Warning Leaflet Stay Away From Certain People & Lice. In good condition. This is a one sided document. An English translation is below:

Appendix 2 to H. Dv. 1 a Geite 53 b ljd. No. 39 Put it in the table of the pay book. Published by the Heeres-Sanitätsinjpettion 49 r 35 S Jn / Wi G (I) 1819/41 Nadhdrud Fledfieber leaflet for soldiers Bat fever is one of the most dangerous things that threaten soldiers in some countries, especially in winter. The disease is transmitted through currents. A large part of the population in the countryside, especially the Jewsarelousy. The soldier must therefore keep himself as far away from the local population as possible, since even when entering lukewarm suspicions, restaurants or cinemas, but even more when touching lousy clothes and people, the danger of one's own lousiness arises. The disease begins 1-2 weeks after the bat fever lice, usually suddenly with headaches and a general feeling of sickness. A few days later, small reddish patches appear on the skin of the whole body, which are only faintly visible and can easily be overlooked. If the soldier observes such illness8. apparitions, then he reports jofort to that troop doctor who takes further action. The danger of catching bat fever is most surely mitigated by the fact that the soldier avoids intercourse with the local population and thus warrants himself from running away. Every soldier who finds a louse in himself has to report this immediately. Every soldier is obliged to contribute to the control of bat fever by paying close attention to these instructions. He must be aware that he, too, contributes to keeping his comrades in good spirits through strict discipline.

In great condition, Guaranteed original or money back guaranteed. This will be sent 1st class signed for and dispatched within two to three working day’s.