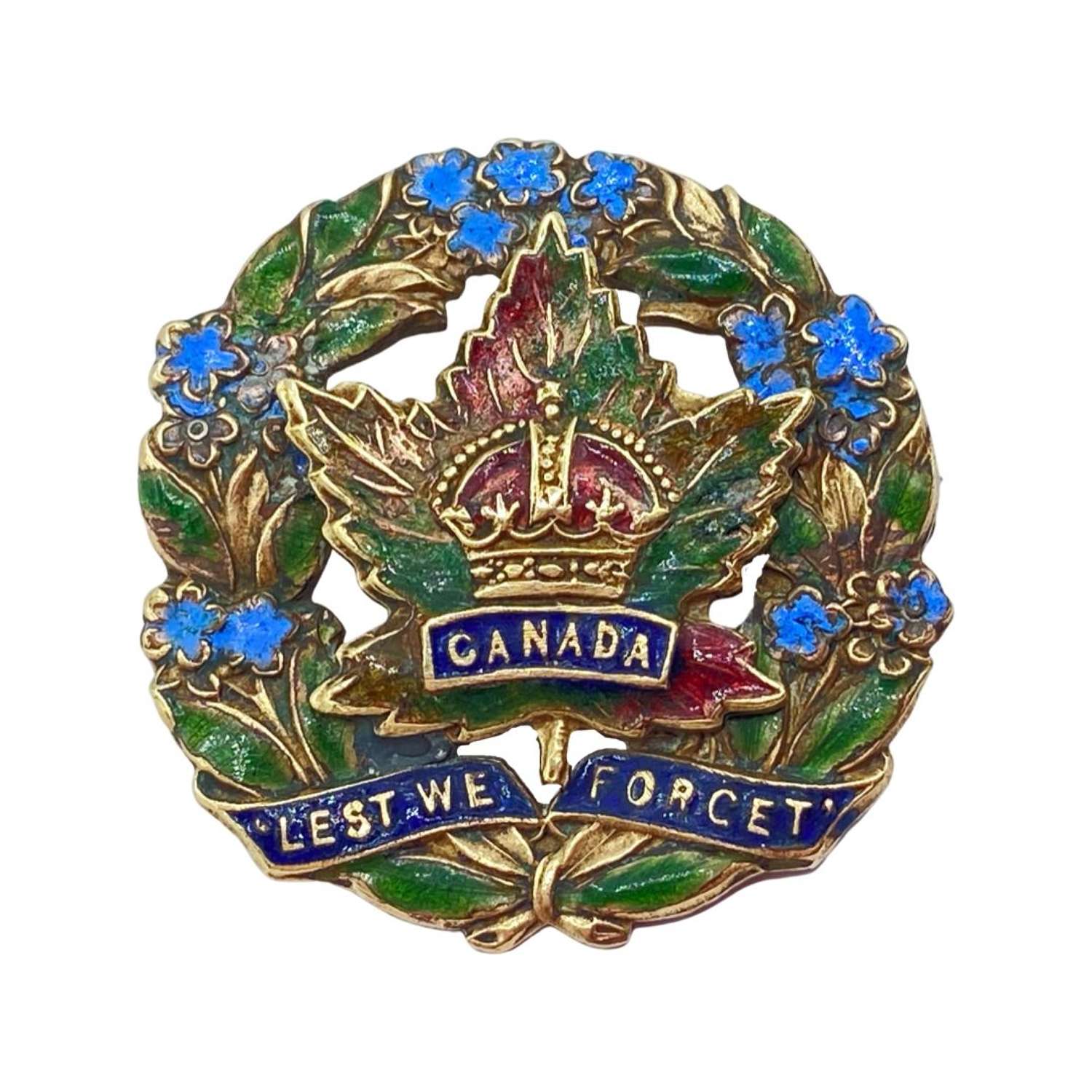 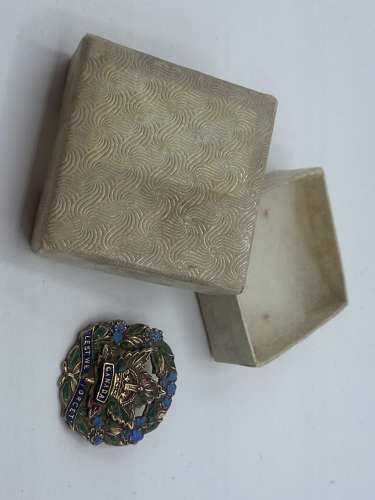 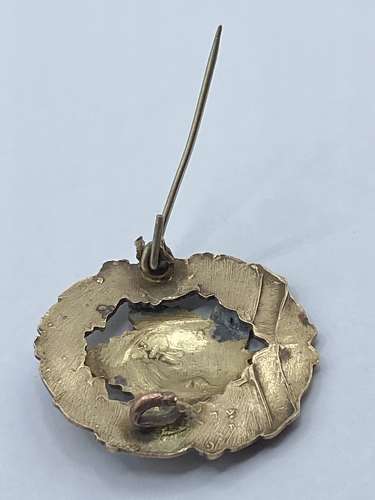 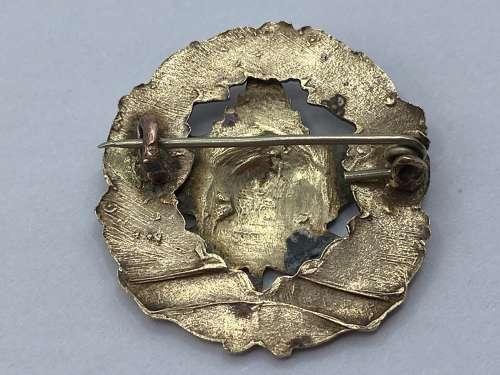 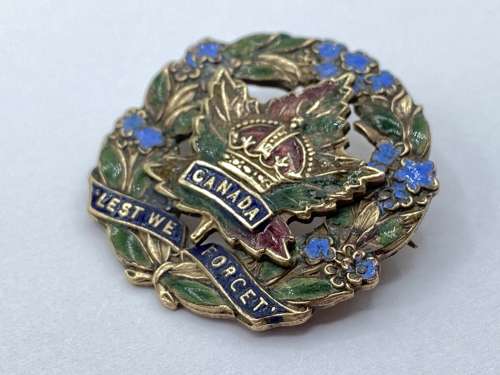 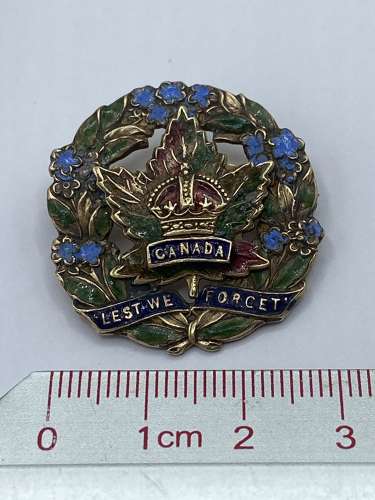 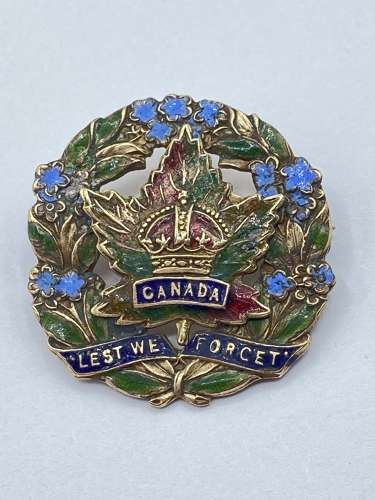 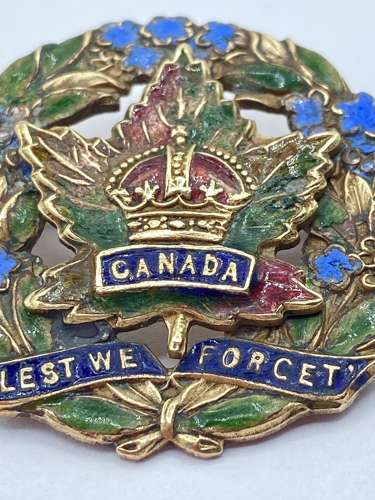 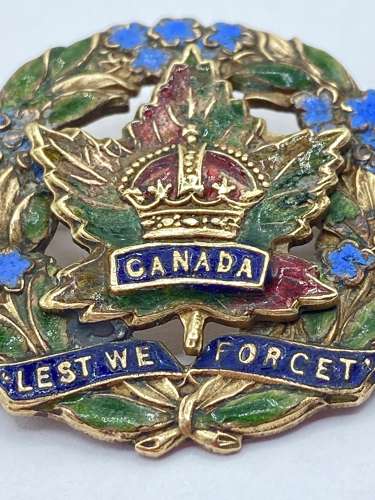 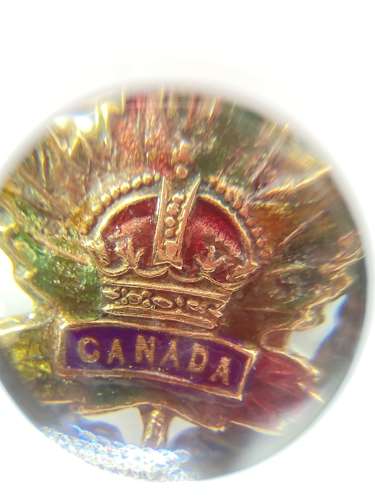 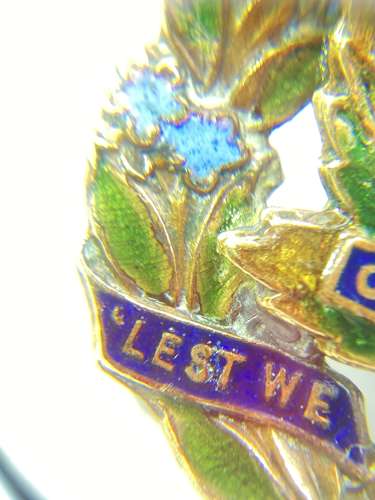 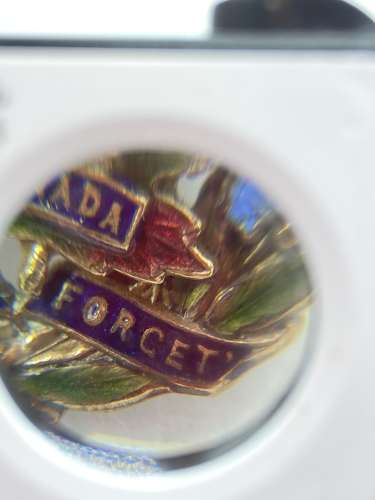 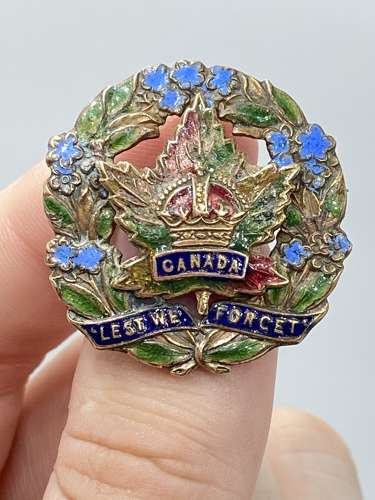 For sale is a beautiful WW1 ‘Lest We Forget’ Canada, Canadian Regimental Mourning/ Remembrance Sweetheart Enamel Badge. The phrase ‘lest we forget’ is used to warn people not to forget those who have lost their lives at war, while we live through times of relative peace. This badge/ brooch is in great condition, and has absolutely beautiful detailing! This beautiful brooch comes with a small period box.

The cost to Canada during WW1:

Close to 61,000 Canadians were killed during the war, and another 172,000 were wounded. Many more returned home broken in mind and body. The small colony of Newfoundland suffered 1,305 killed and several thousand wounded.

The Dead-Some 619,636 Canadians enlisted with the Canadian Expeditionary Force during the war, and approximately 424,000 served overseas. Of these men and women, 59,544 members of the CEF died during the war, 51,748 of them as a result of enemy action. The small Royal Canadian Navy reported 150 deaths from all causes. No accurate tabulation exists for Canadians who served as volunteers in the Royal Navy or British Army. An additional 1,388 Canadians died while serving with the British Flying Services.

The Wounded- Of the more than 172,000 Canadians who reported wounds during the war, medical authorities classified approximately 138,000 as battle casualties. The rest were injuries suffered away from the war zone. Of the wounded who survived, 3,461 men and one woman had a limb amputated. One soldier, Curley Christian, was the only Canadian to lose all four limbs and survive. No reliable method existed for tracking or treating psychological casualties, but authorities identified over 9,000 Canadians as suffering from “shell shock”.

This will be dispatched via Royal special delivery and dispatched within two working days.