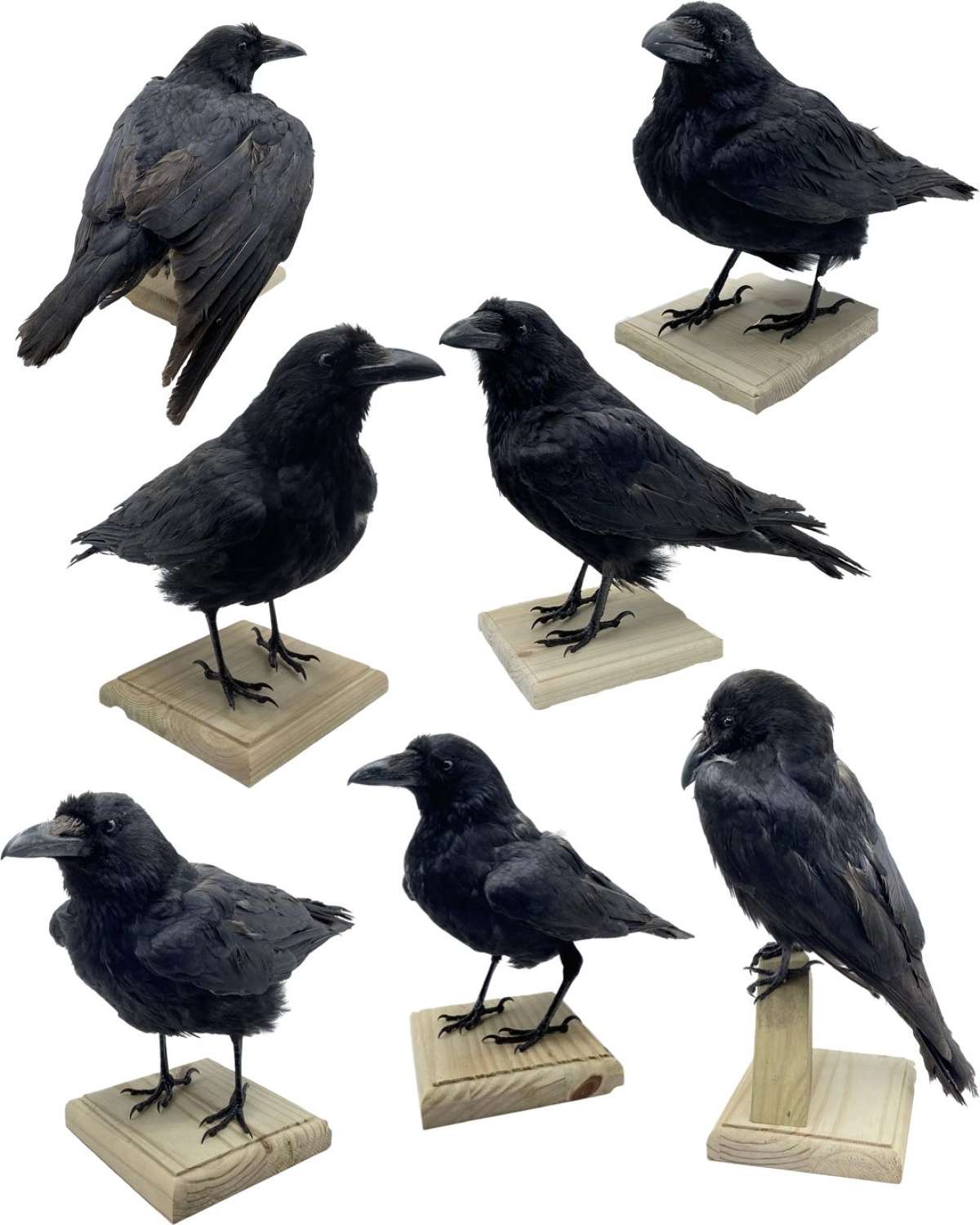 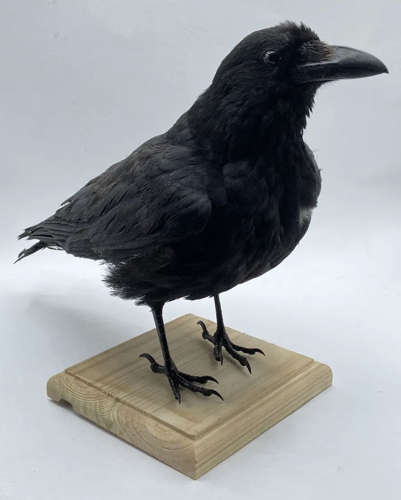 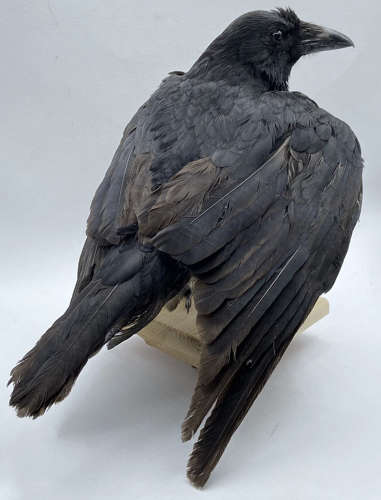 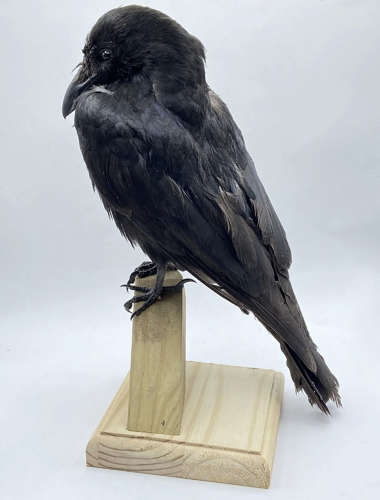 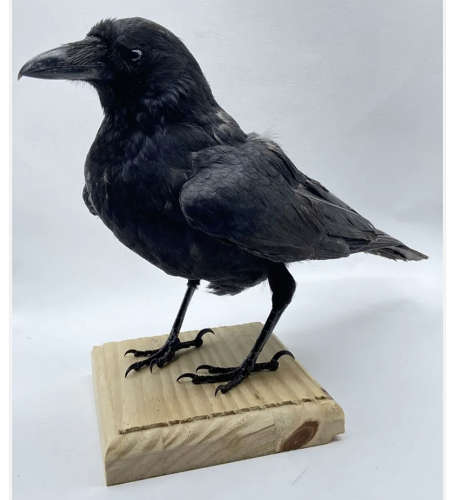 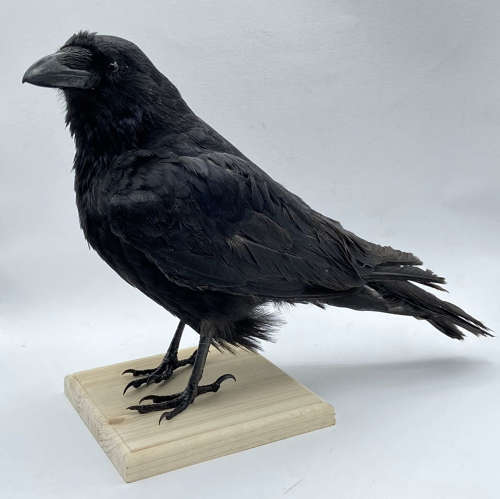 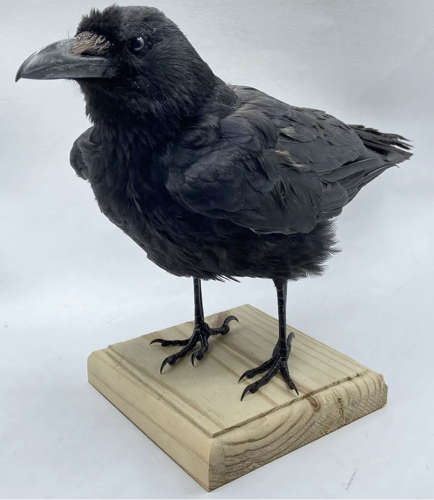 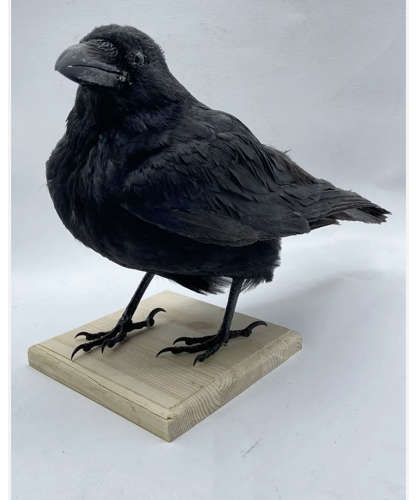 For sale is a rare opportunity to own a ‘Murder’ Of Mounted Taxidermy Carrion Crows (Corvus Corone) Job Lot Of 7. These are currently listed separately on my eBay totalling £675 for all seven, however due to us moving on the 10th of July we have chosen to offer these beautiful birds up for sale as a group for these for 10 days only, after the 10th these will be taken down of eBay and re-listed individually.

Seven crows breaks the cycle of bad news, with the number thought to be linked to travel or moving house. But it's back to form if you see eight crows: it's considered to mean sadness in your future.

Crows are members of the Corvidae family, which also includes ravens, magpies, and blue jays. Loud, rambunctious, and very intelligent, crows are most often associated with a long history of fear and loathing. They are considered pests by farmers trying to protect their crops and seedlings. Many people fear them simply because of their black feathers, which are often associating them with death. But research demonstrated in A Murder of Crows proves crows are actually very social and caring creatures, and also among the smartest animals on the planet.

These will be sent via express 48 Parcel force and dispatched within two working days.