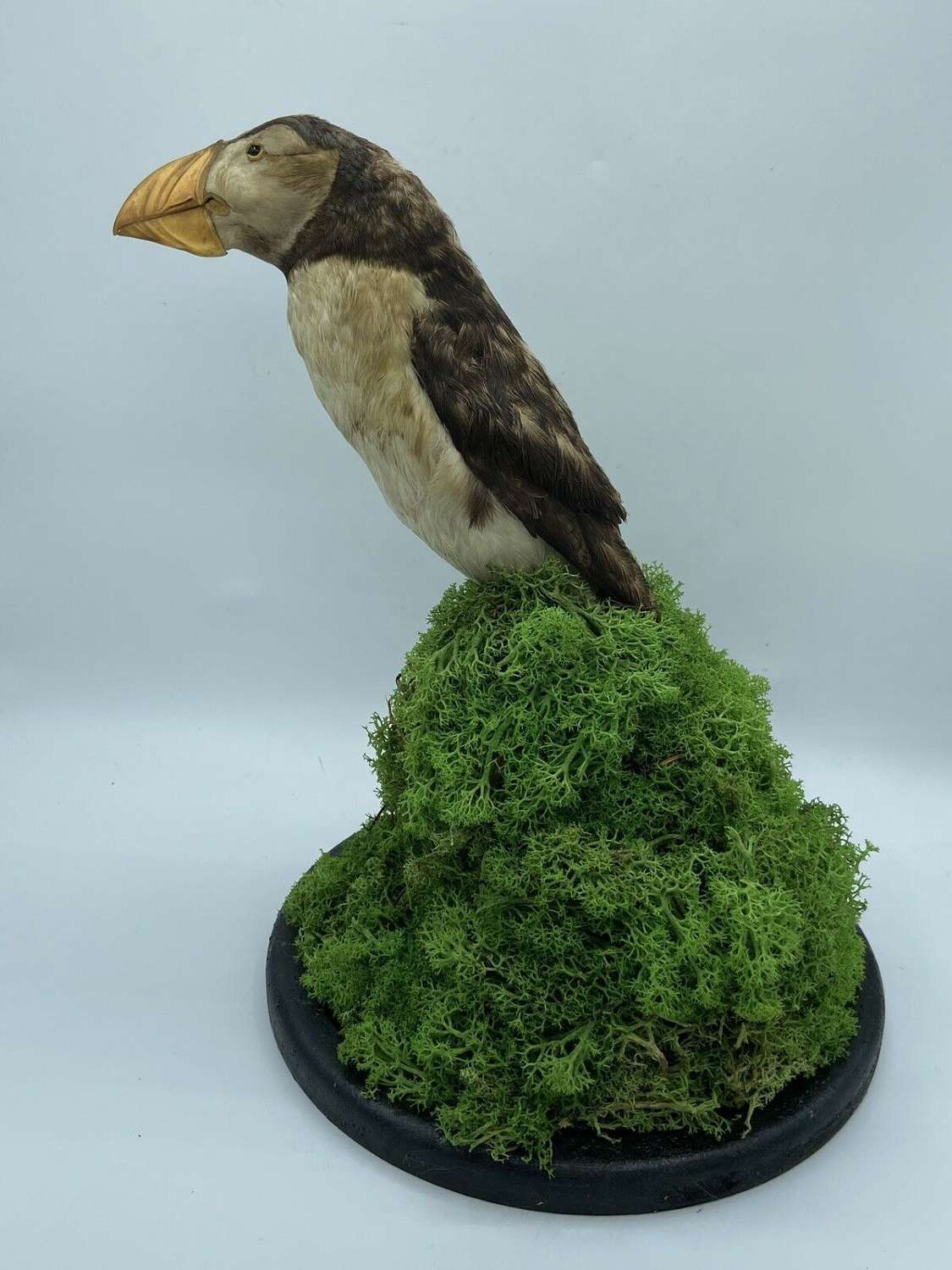 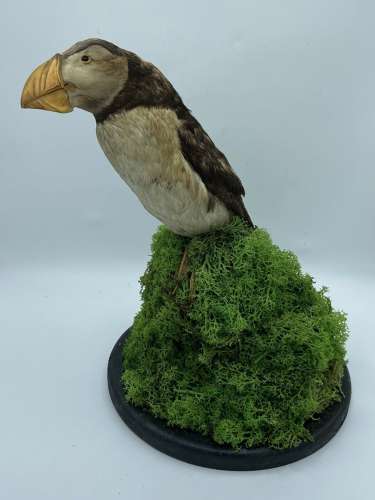 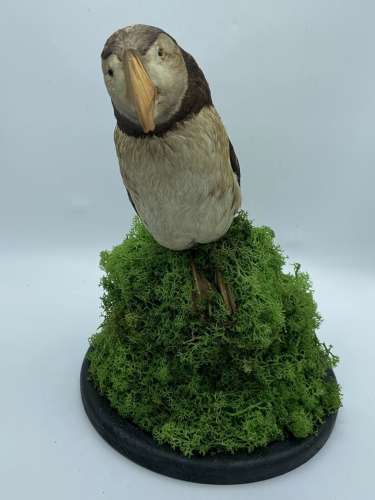 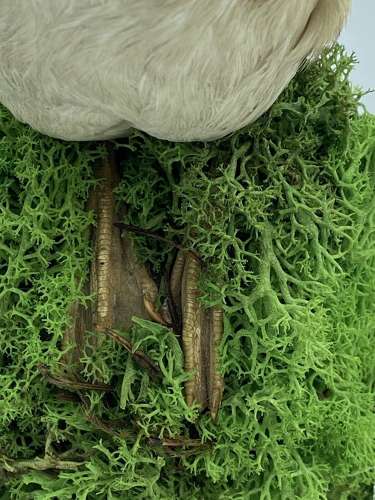 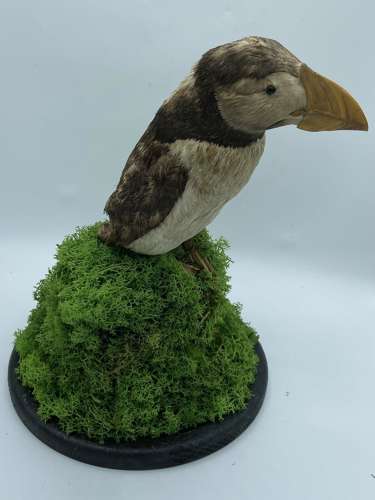 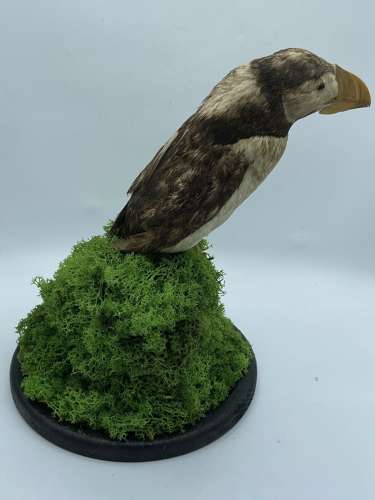 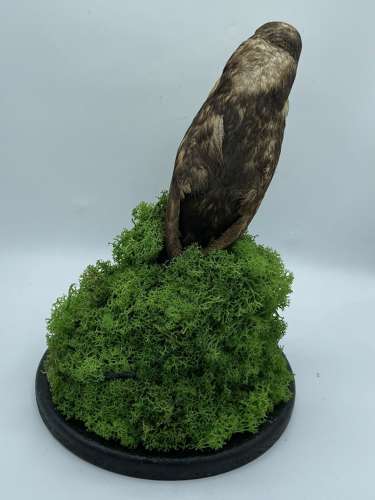 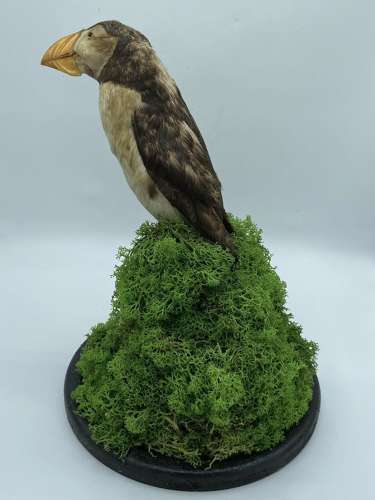 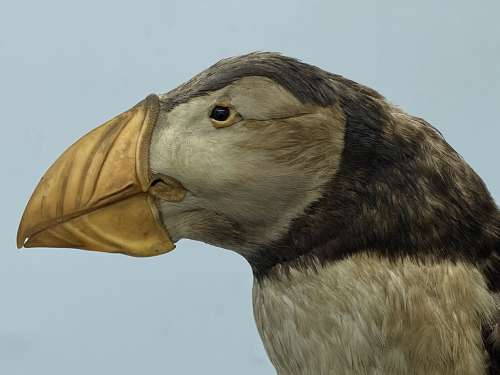 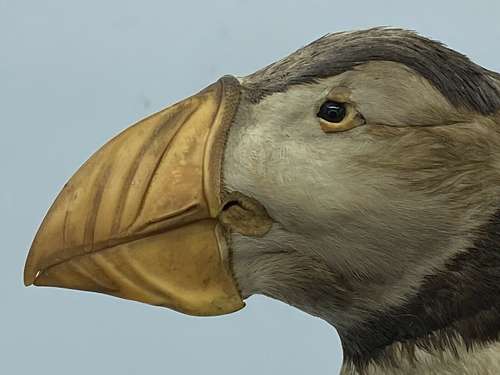 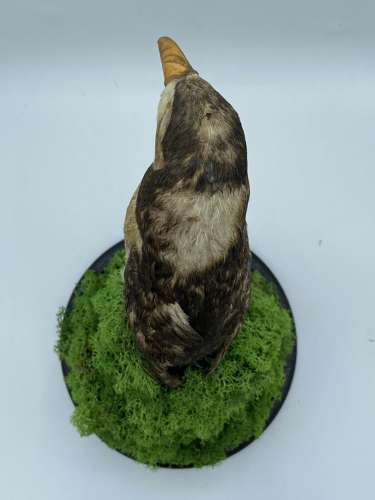 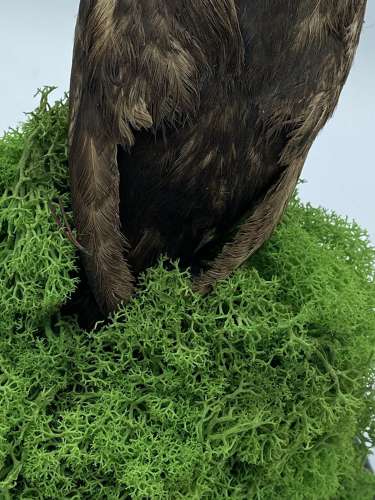 SOLD
For sale is a Antique Taxidermy Mounted Puffin. The puffin came from a destroyed Victorian case with several other Australian birds. The puffin is in good condition itself and has been given a new lease of life, on a modern mount. The Atlantic puffin is the smallest of the three species. Details about the species is below postage details.
Measurements are as followed:
Overall height 31cm
Base diameter 25.5cm
Beak length and hight 3.5cm
Feet to head 18cm
7 cm width
21cm body circumference
Head circumference 14cm
Beak to end head 8cm
0.5cm eye size
This will be sent via Royal Mail special delivery and dispatched within two to three working day’s. The latest for delivery in time for Christmas is the morning of the 22nd December.
Puffins are any of three species of small alcids (auks) in the bird genus Fratercula with a brightly colored beak during the breeding season. These are pelagic seabirds that feed primarily by diving in the water. They breed in large colonies on coastal cliffs or offshore islands, nesting in crevices among rocks or in burrows in the soil. Two species, the tufted puffin and horned puffin, are found in the North Pacific Ocean, while the Atlantic puffin is found in the North Atlantic Ocean.