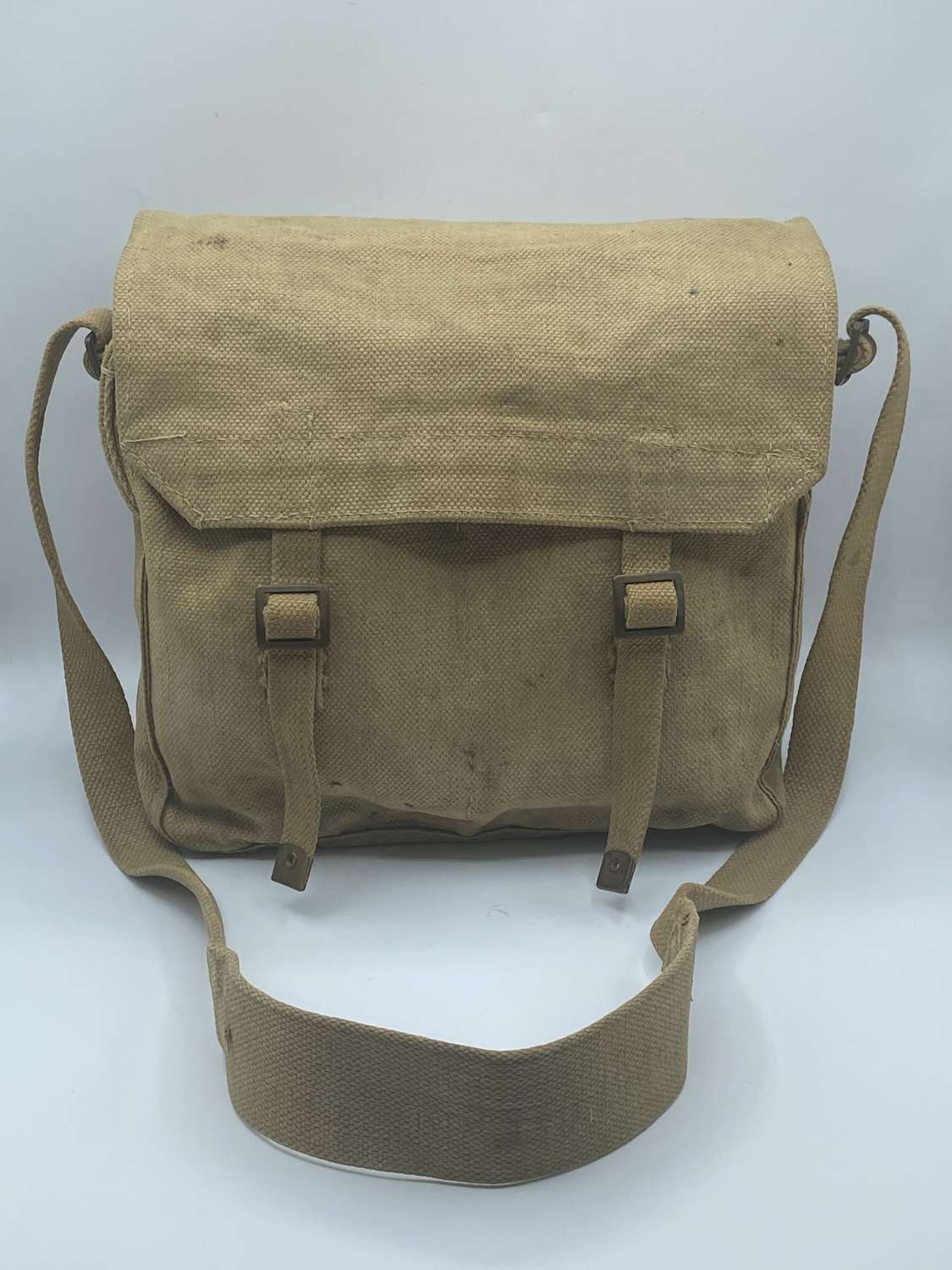 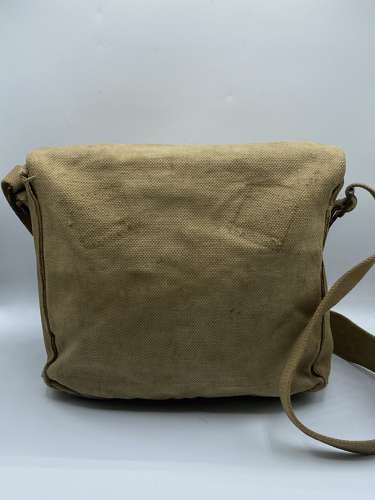 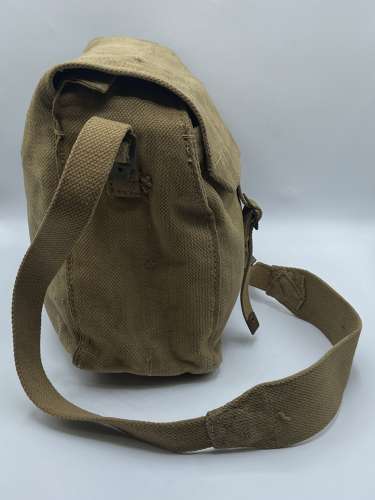 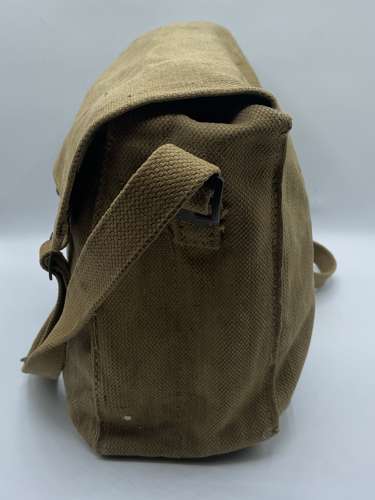 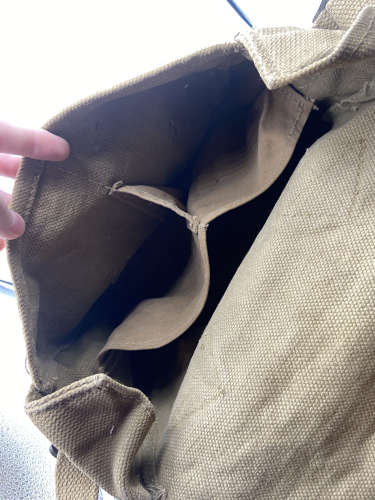 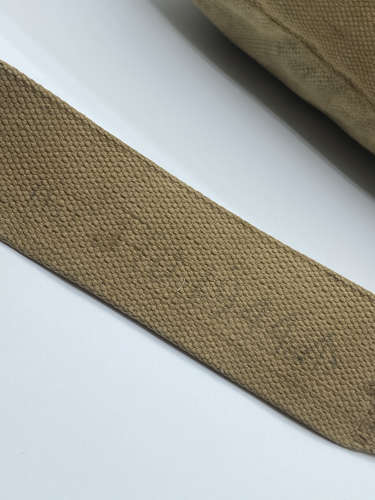 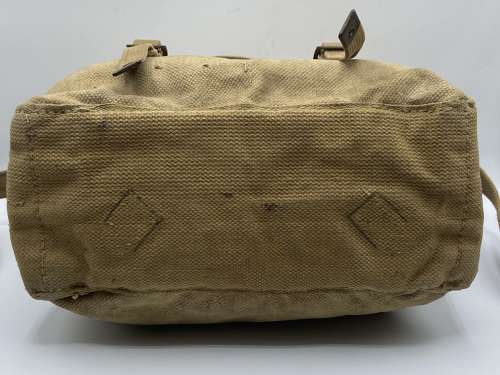 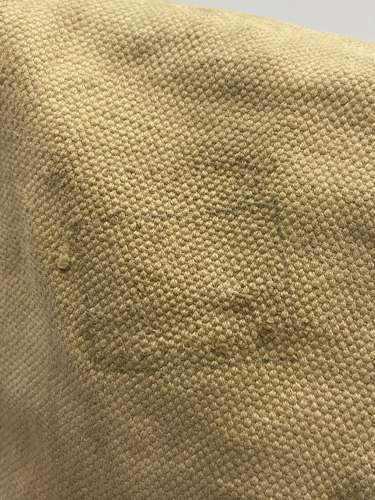 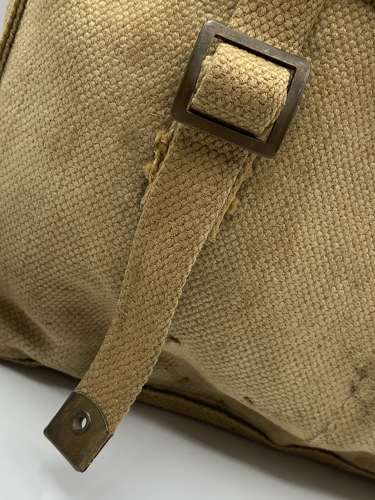 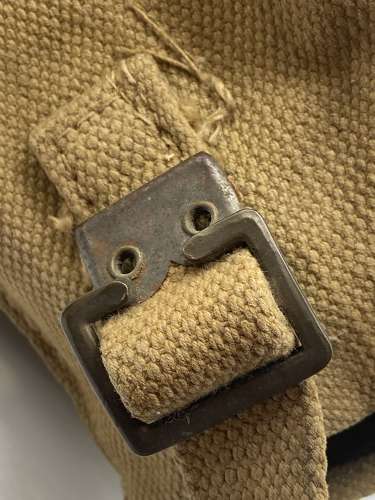 For sale is a Modified WW2 British Army Issue 1937 Pattern Haversack 1944 Dated. The 1937 Pattern haversack When the pack was worn, the haversack was moved from the back to the left side. The pack was intended to carry the greatcoat, cap comforter, holdall (toiletry roll), towel, and a spare pair of socks. However, the socks and holdall were more commonly carried in the haversack. The pack was uncomfortable when worn, but fortunately this was rarely done, as the pack was typically kept with unit transport. This haversack has been modified for comfortability of use within ground units, the shoulder and supporting straps were removed during Ww2. The strap is maker marked RP LTD and dated 1944, also marked with the British army crow foot. This will be sent 1st class signed for and dispatched within two working day’s.