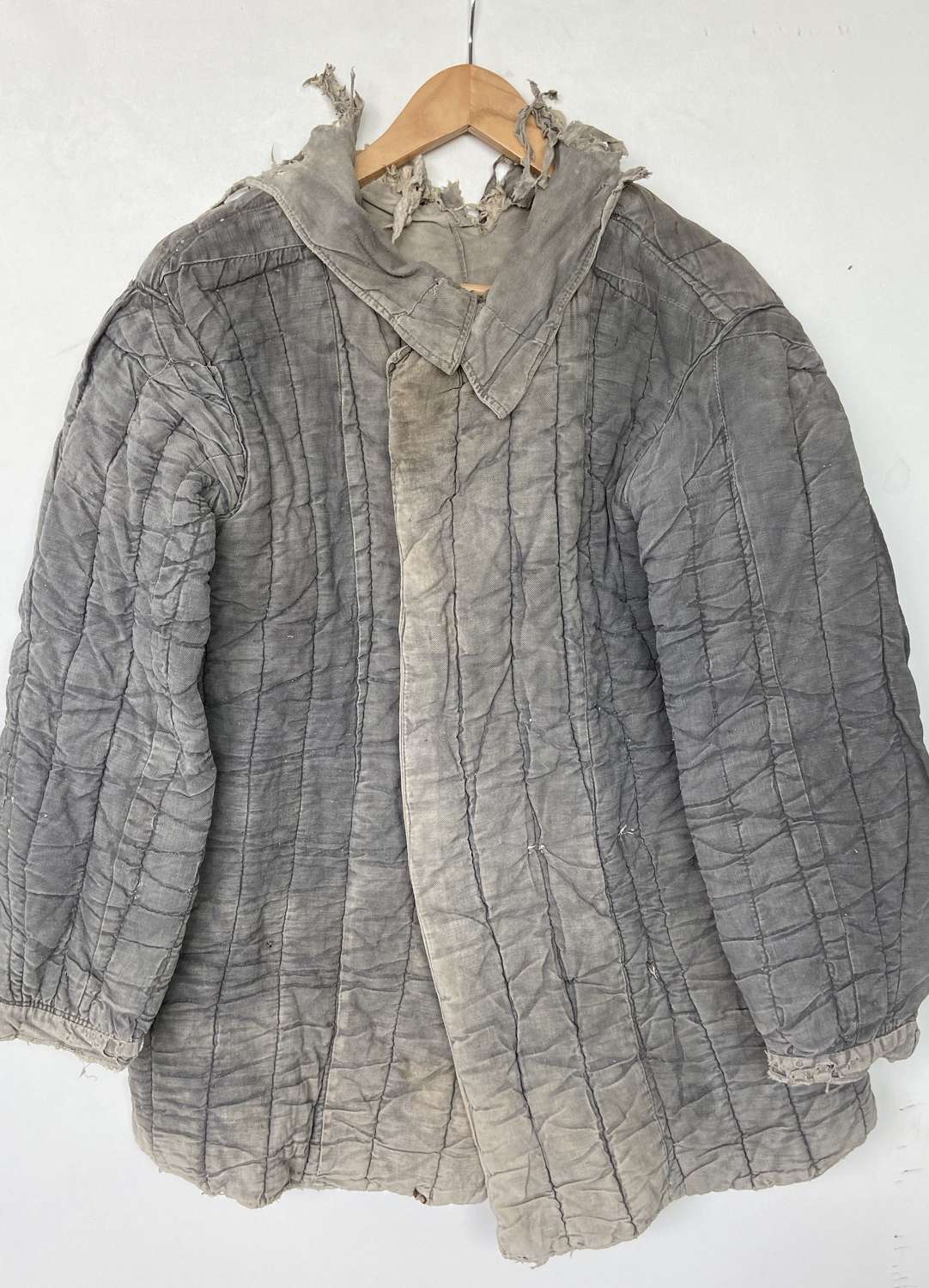 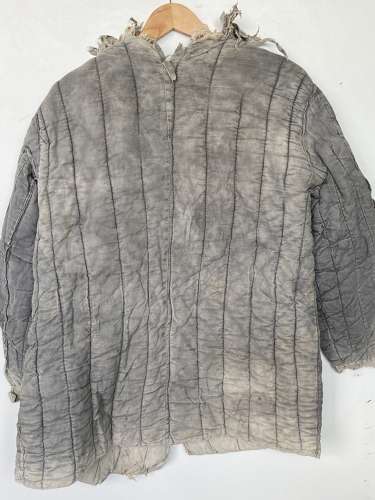 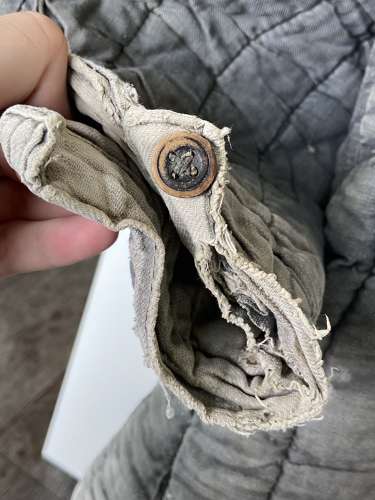 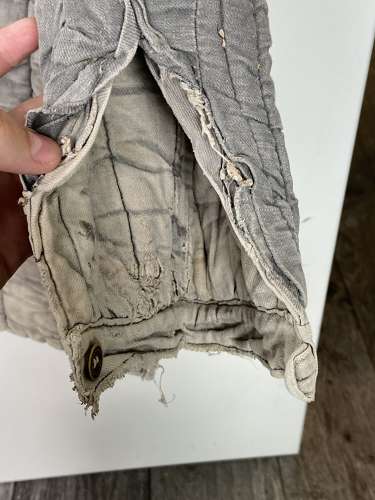 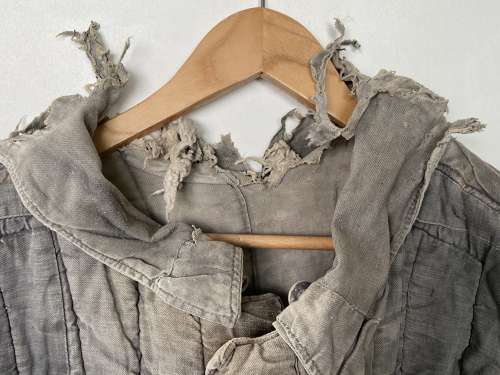 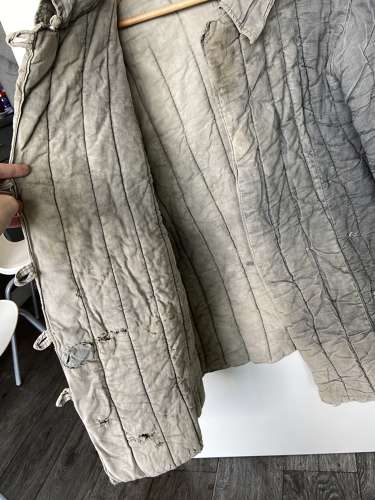 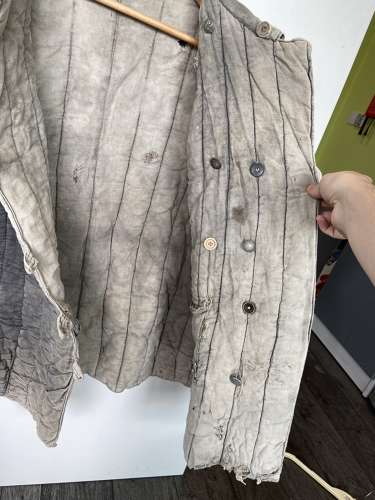 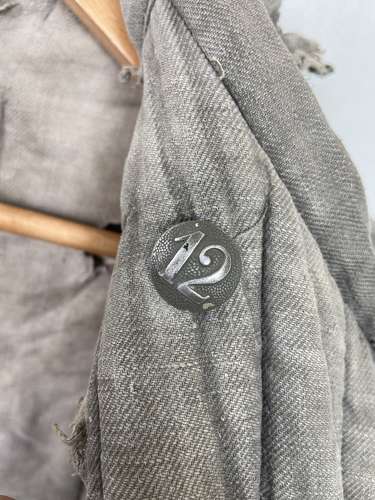 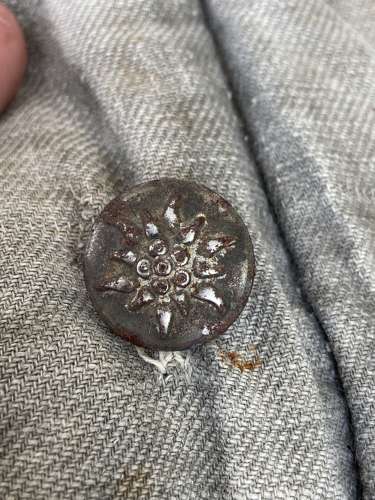 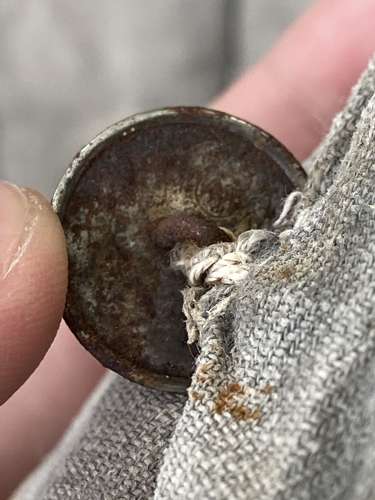 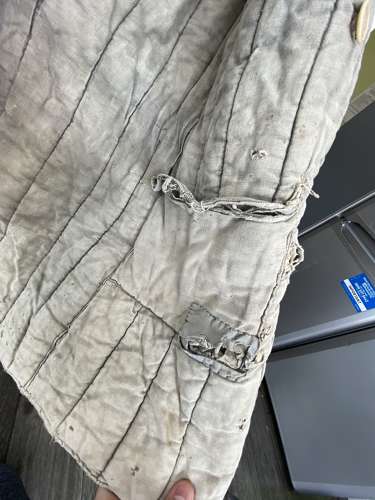 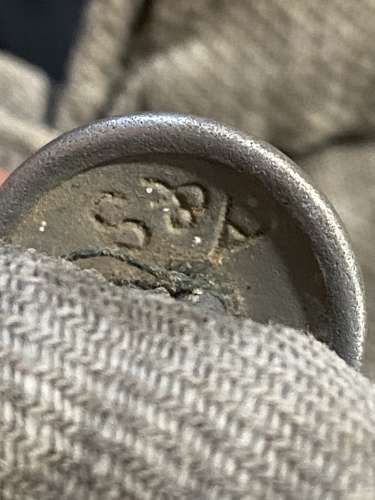 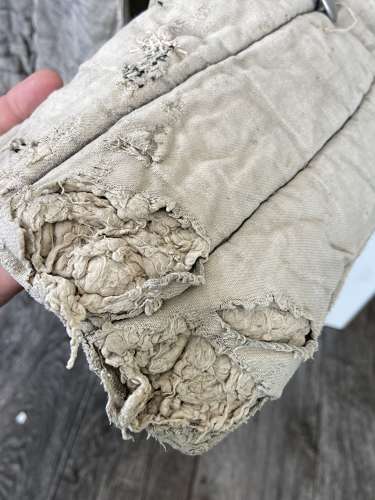 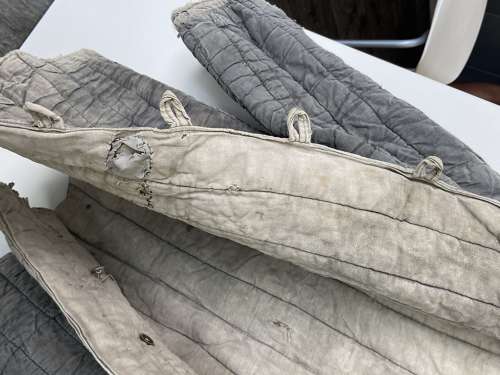 For sale is a rare WW2 Telogreika Soviet Padded Jacket For a German Prisoner Of War In Gulag. Telogreika 1941-1945: This uniform was approved by the Committee for Standardization of the USSR NKLP on October 8th, 1932. The Telogreika was a quilted jacket originally introduced in 1932 and was improved in 1935 with higher quality production. These were issued to troops alongside Shinels (Overcoats) as part of the Soviet winter gear, these specific uniforms became a well known item of clothing in WWII history, with many seen being worn during the Battle of Stalingrad and other famous battles. These Telogreika (Quilted Jacket) were so effective at keeper the wearer warm in cold temperatures that they were a high priority piece of equipment to be captured off prisoners or deceased soldiers by the Axis forces. These quilted jackets were issued to German prisoners in Soviet POW camps along with Ushankas, at the end of the year and after their release from labour camps many German soldiers returned home in the Telogreika (Quilted Jacket).

As you can see from the photographs the Telogreika jacket is not in the best of conditions. All of the back of the collar Is shredded, bottom of the jacket as a large whole in it but padding it s still there, the end of the arms are damaged too, there also seems to be an odd mix of buttons; three of the original wooden buttons, two plastic/ bakelite buttons , two german army Wehrmacht silver Pebbeled buttons, one 12th army enlisted regiment marked a&s , and one Edelweiss Ges Gesch Button. This could be a period amendment due to shortages of just about everything towards the end of the war. Please study the photographs carefully before purchase for condition wise. This is guaranteed original money back.