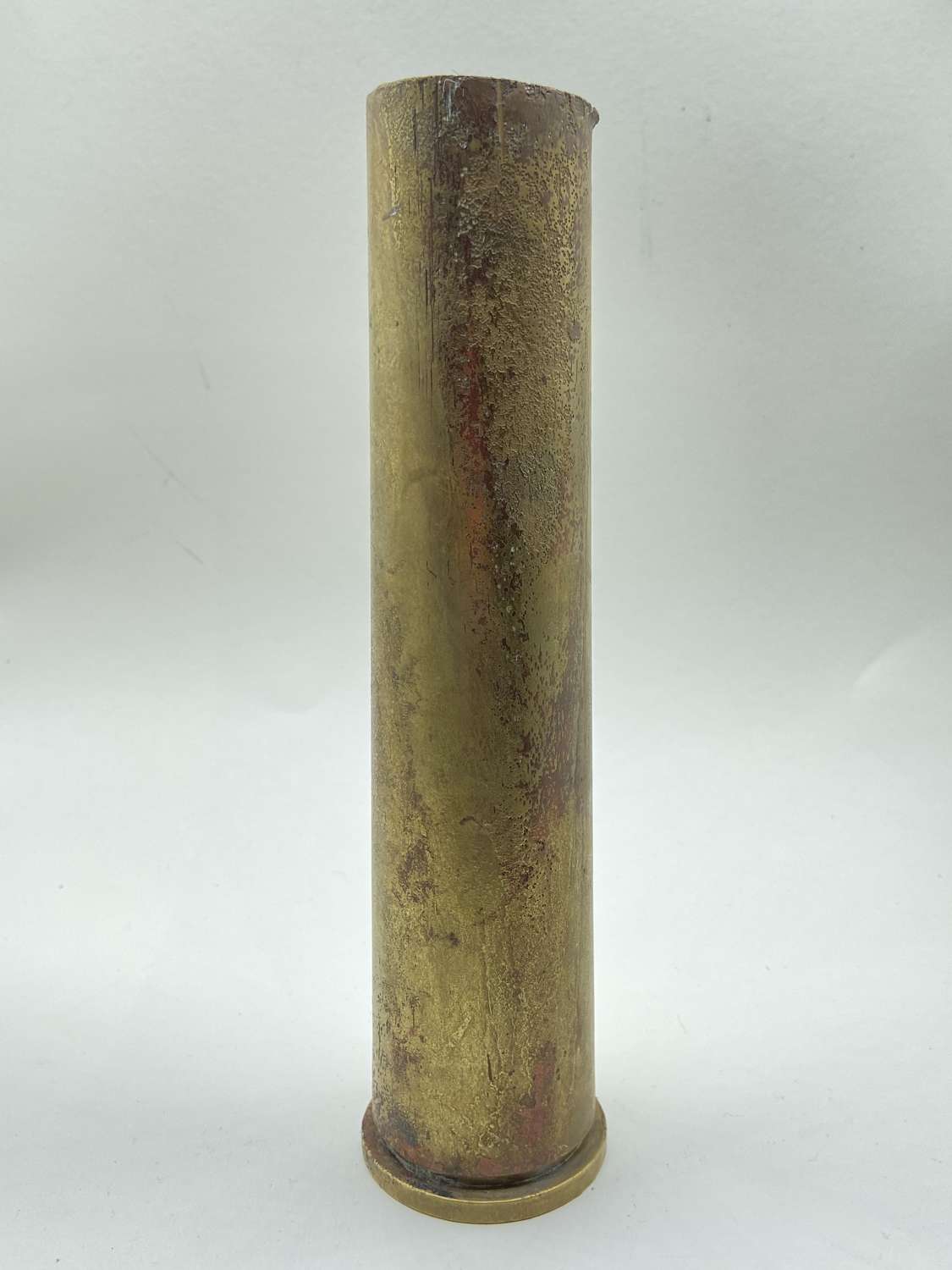 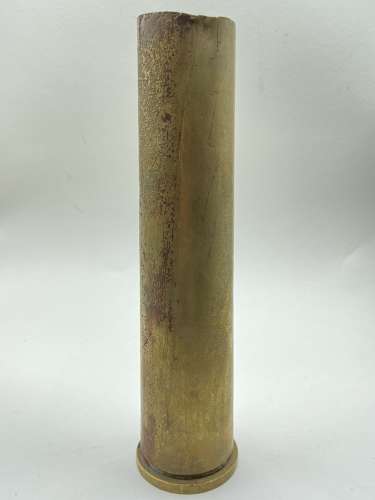 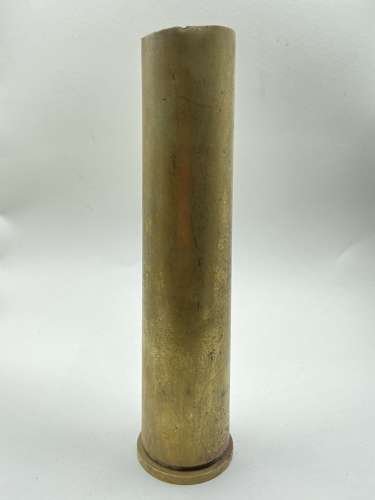 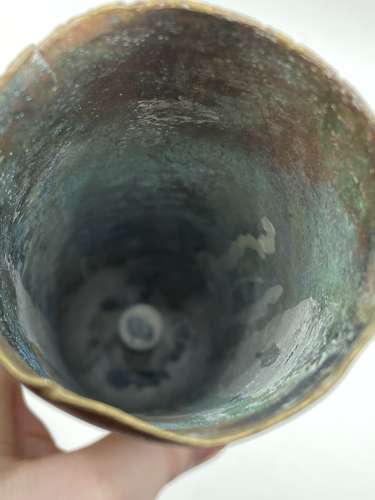 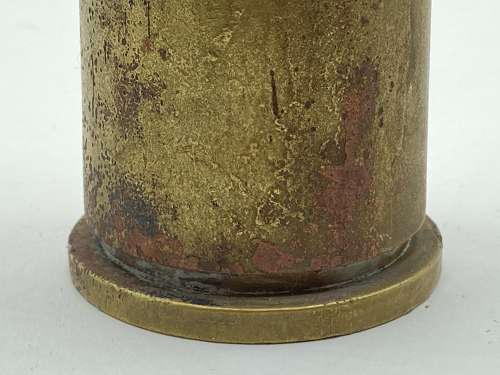 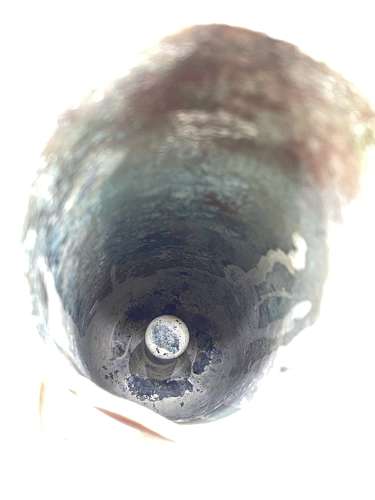 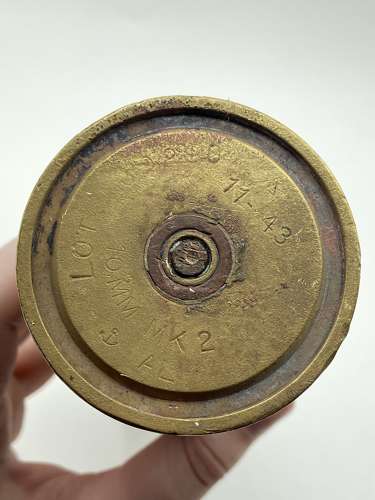 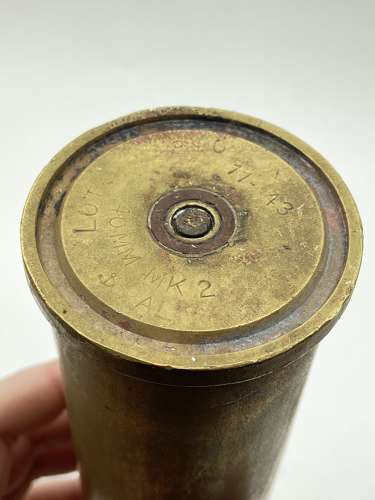 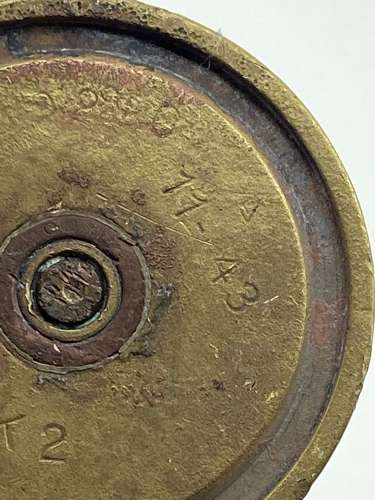 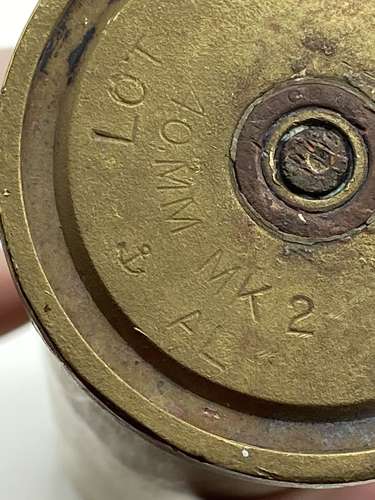 For sale is a WW2 1943 Dated 40mm MK2 Bofors Anti Aircraft shell casing. Unfortunately this shell has been cut down slightly along the top.

The Bofors 40 mm Automatic Gun L/60, often referred to simply as the Bofors 40 mm gun or the Bofors gun, is an anti-aircraft autocannon, designed in the 1930s by the Swedish arms manufacturer AB Bofors.  The gun was designed as an intermediate anti-aircraft gun, filling the spot between fast firing close-range small caliber anti-aircraft guns and slow firing long-range high caliber anti-aircraft guns, a role which prior was filled by older outdated guns  .  The Bofors 40 mm L/60 was perfectly suited for its time for this role and outperformed competing designs in the years leading up to World War II in both effectiveness and reliability.
It entered the export market around 1932 and was in service with 18 different countries by 1939. Throughout World War II it became one of the most popular and widespread medium-weight anti-aircraft guns.  It was used by the majority of the western Allies and some Axis powers such as Nazi Germany and Hungary.