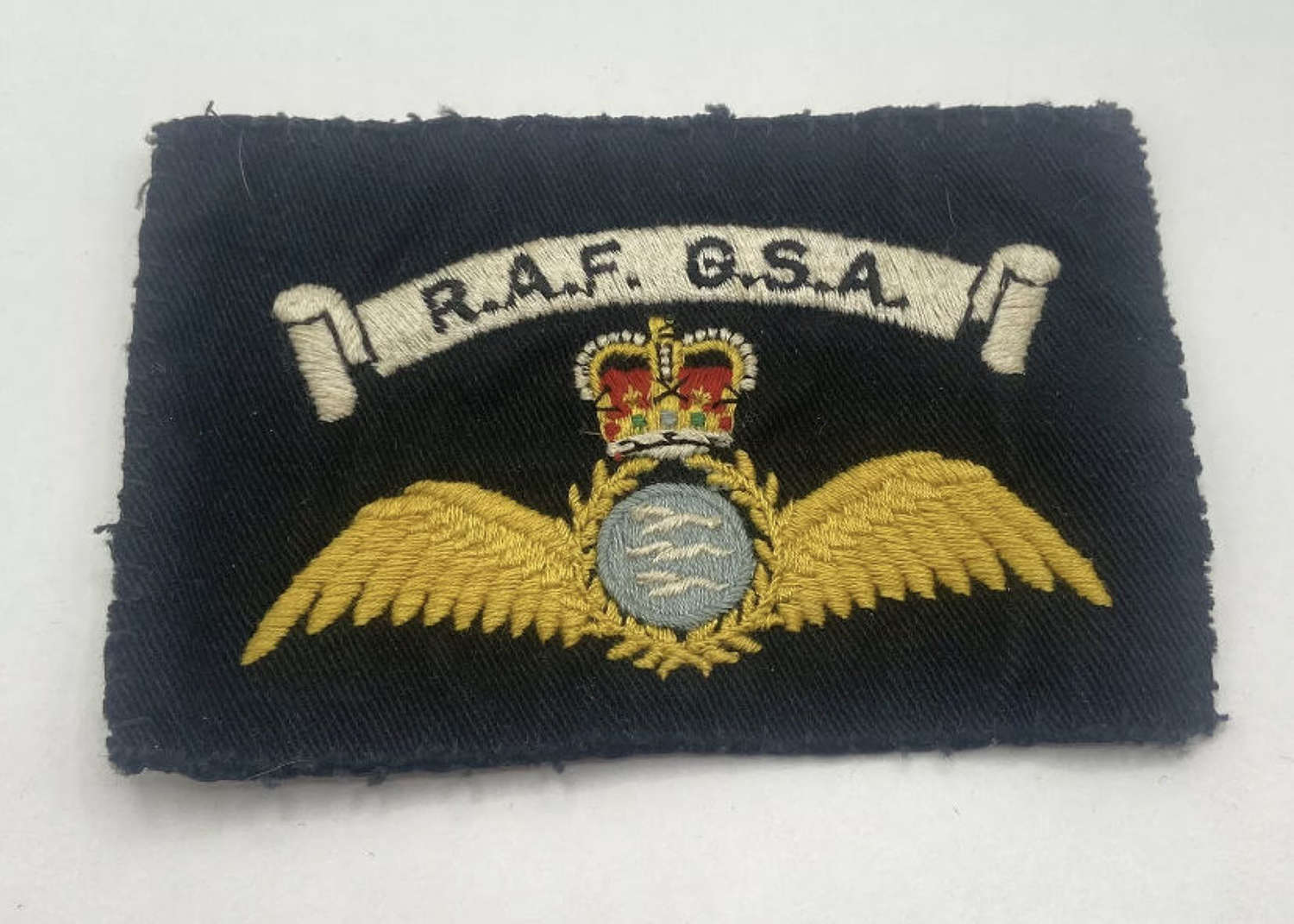 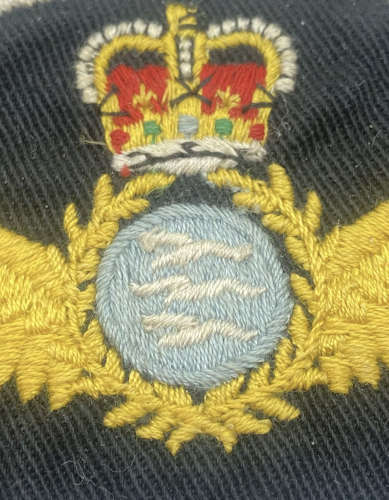 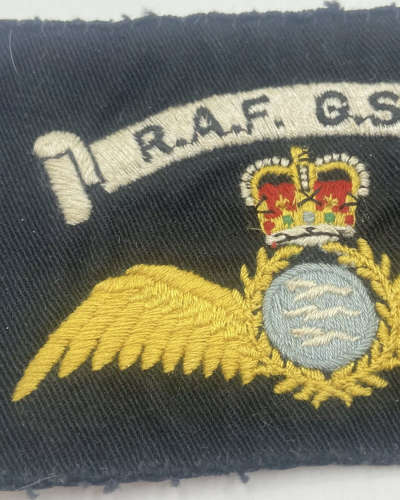 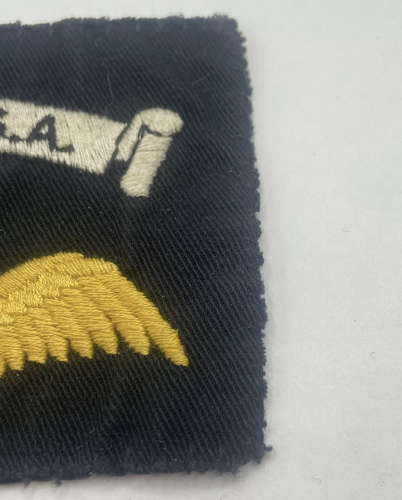 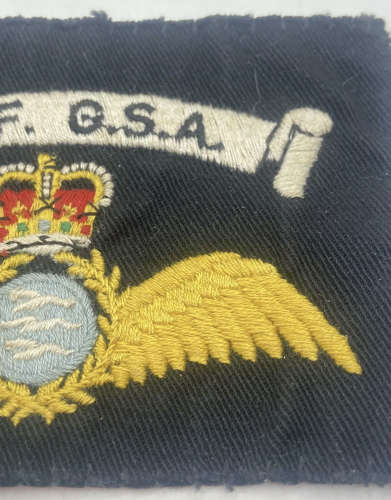 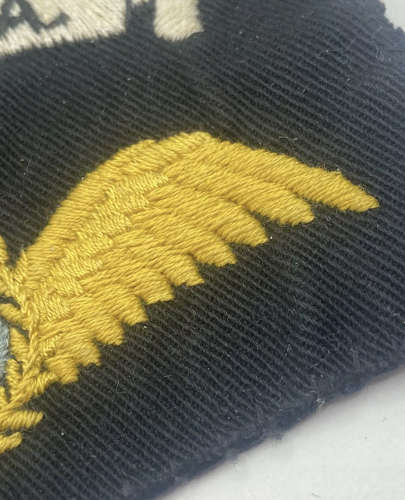 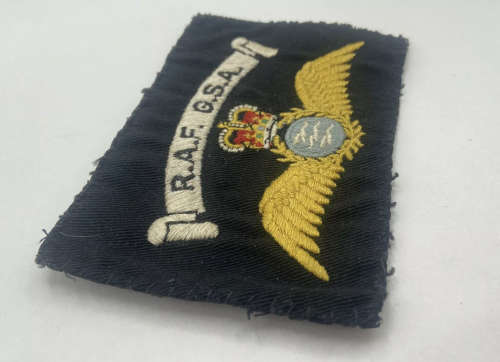 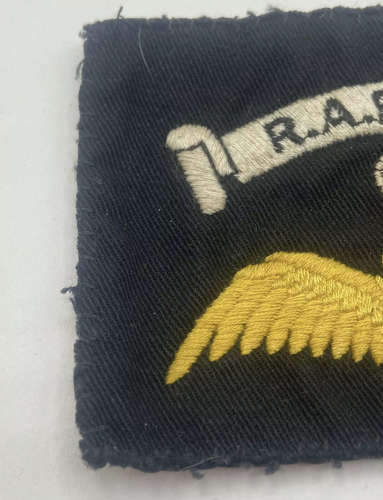 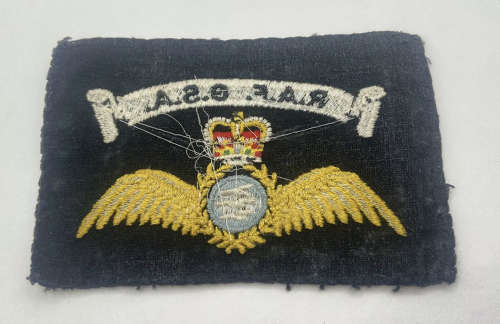 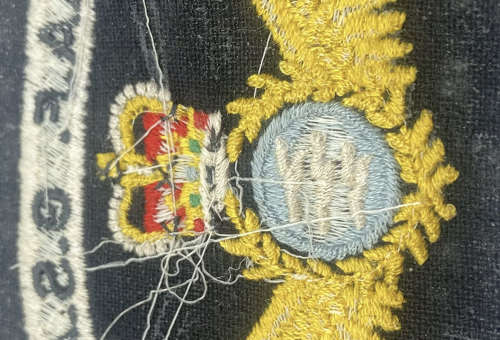 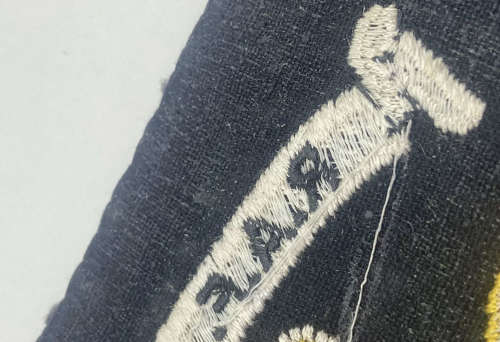 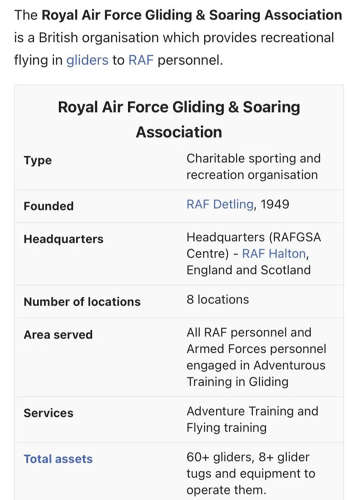 Formed in 1949, the Royal Air Force Gliding Association (RAFGSA) aims to bring gliding and soaring within reach of all members of the RAF. The establishment of a small staff of SNCOs and airmen was announced to Parliament on 17 July 1963 by Mr Hugh Fraser the then Secretary of State for Air, after negotiation by Group Captain Roy Goodbody, the Chairman at the time. The RAFGSA Centre was established in October 1963 as part of 71 MU at RAF Bicester. In the process of forming, the Centre absorbed the Windrushers Gliding Club, which had been formed in January 1956. The Association has a history of producing pilots at the very highest levels of this exacting sport and has even produced a triple world champion. However, the emphasis lies firmly with training the uninitiated and introducing servicemen, civilian MOD employees and their families to this safe but exhilarating aviation sport.

The Royal Air Force Gliding & Soaring Association is a British organisation which provides recreational flying in gliders to RAF personnel.

In 1945, the British Air Forces of Occupation (BAFO) in Germany began using captured German gliders to provide recreational flying for RAF personnel. This resulted in a demand for similar facilities in the United Kingdom, and the Royal Air Force Gliding & Soaring Association was founded in 1949. The first aircraft, a Slingsby T.21 and a Prefect, were bought in March 1950 and stationed at RAF Detling. By 1952 27 gliders were being operated at seven clubs around the UK. In October 1963 the RAFGSA Centre was established at RAF Bicester, absorbing the Windrushers Gliding Club which had been formed in January 1956 at RAF Little Rissington, later moving to Bicester. In June 2004 the Centre moved to RAF Halton.

This patch is in great condition, and a rare patch to get, please check out my other items as I have a huge range of wartime and post war RAF, Paratrooper & gliding badges and patches. This will be sent via 1st class signed via Royal Mail, and dispatched within 2 working days.