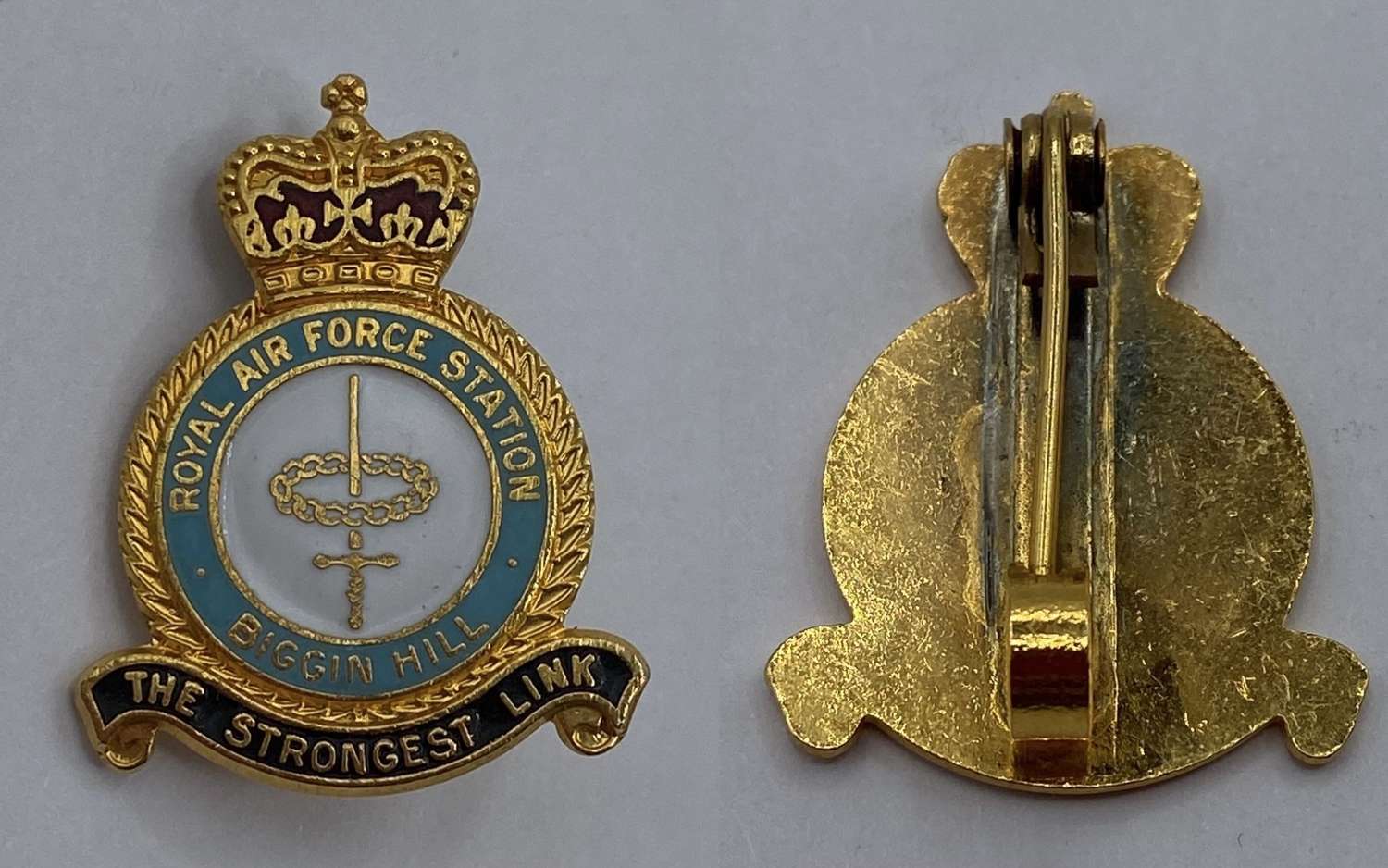 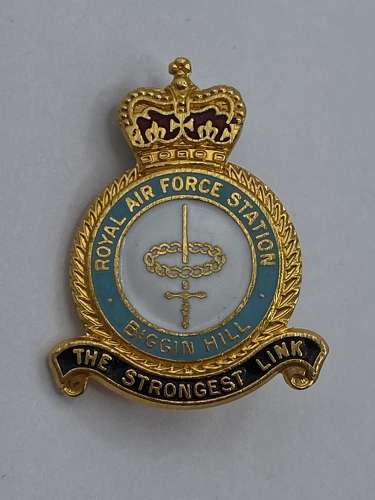 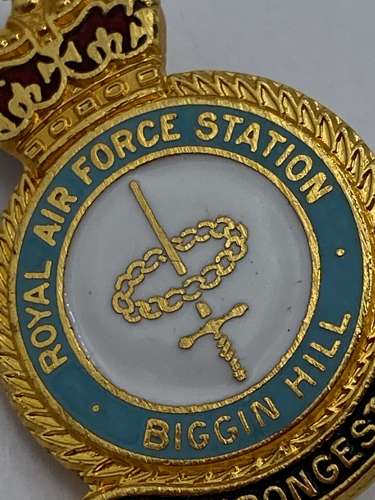 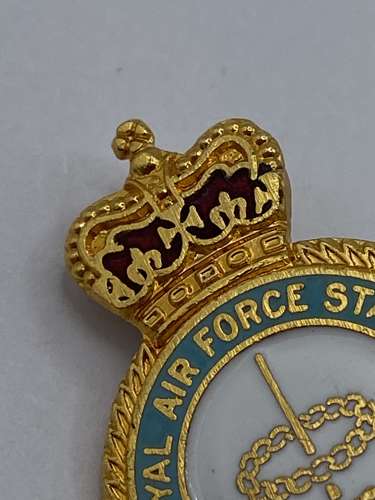 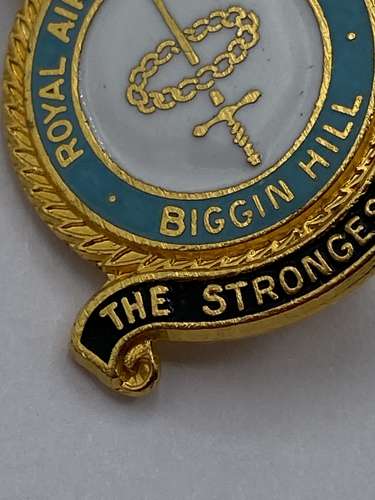 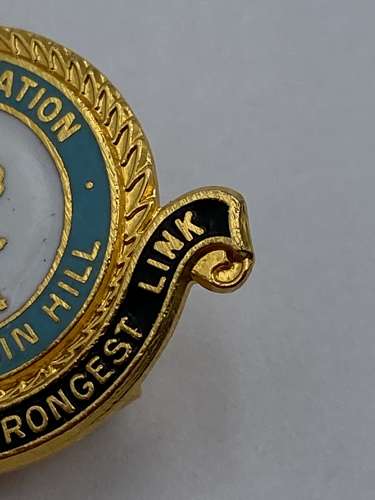 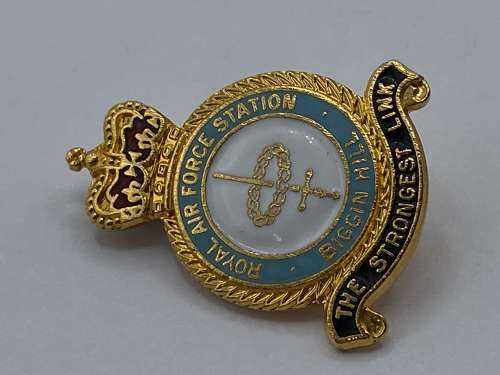 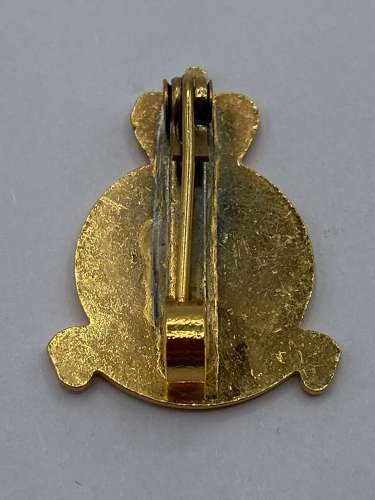 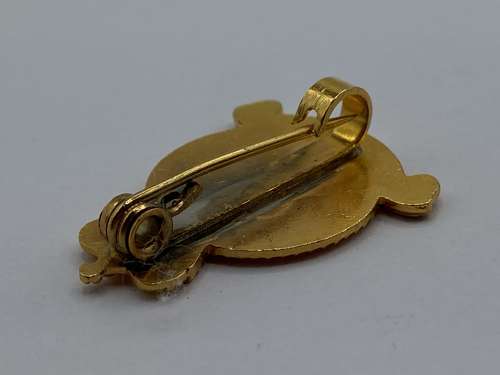 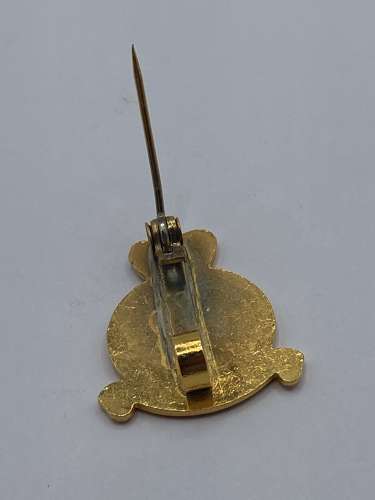 SOLD
For sale is a Post WW2 RAF Royal Air Force Station Biggin Hill The Strongest Link Enamel and gilt badge in great condition.
During the Second World War the airfield was one of the commanding bases for the Battle of Britain, with both Spitfires and Hurricanes from a variety of squadrons being based there. The squadrons based at Biggin Hill claimed to have destroyed 1,400 enemy aircraft, at the cost of the lives of 453 Biggin Hill based aircrew. Because of its importance to the capital's defence, the airfield itself became a target. Between August 1940 and January 1941, the airfield was attacked twelve times, the worst of which wrecked workshops, stores, barracks, WAAF quarters and a hangar, killing 39 people on the ground.
After the war, Biggin Hill was briefly used by the RAF's Transport Command, and then became a base for both regular and reserve fighter squadrons, flying Spitfires, Meteors and Hunters. A fatal incident involving the loss of three Meteors on 18 June 1951 caused the station's continued use by the military to be called into question. However, in 1958 Biggin Hill ceased to be an operational RAF station, becoming the Officer and Aircrew Selection Centre for the RAF. Due to the impending closure of the nearby original London Airport at Croydon, from 1956 much of the civilian light aviation from Croydon relocated to Biggin and it became a joint civilian and military airport. Croydon closed completely in 1959, at which time Biggin Hill became a mainly civilian airport with only occasional military flying taking place.
This will be sent via Royal Mail 1st class signed for and dispatched within two working days.