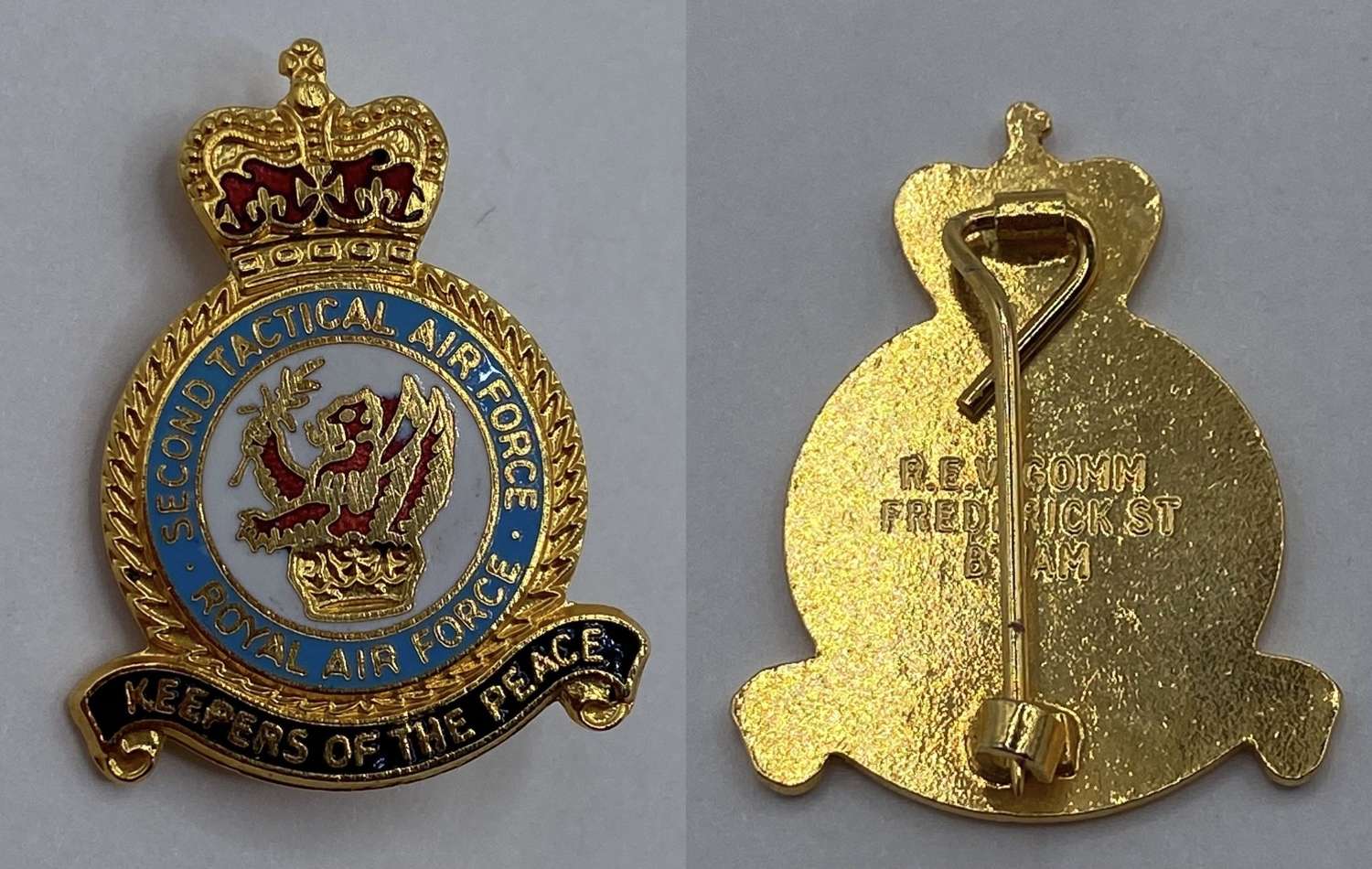 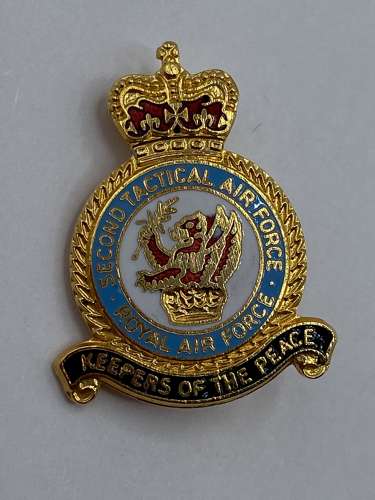 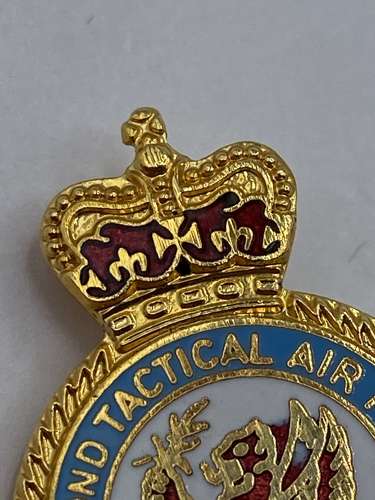 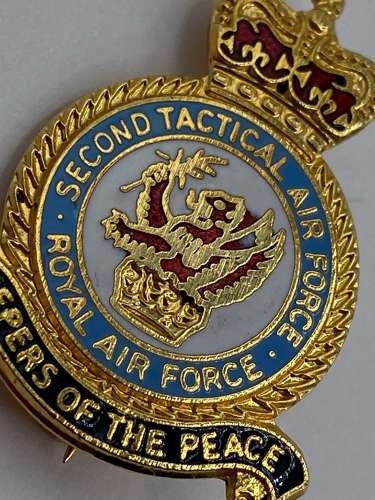 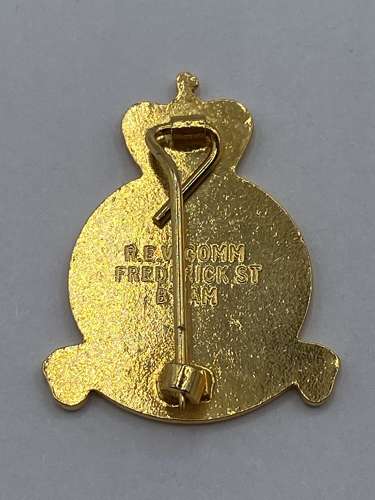 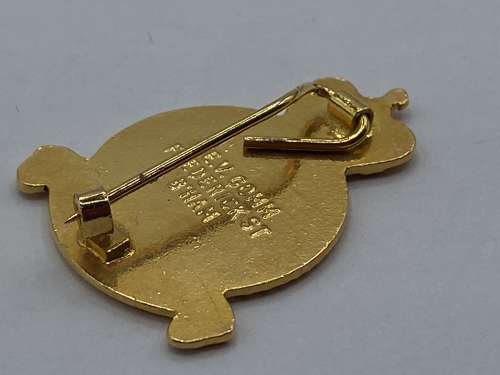 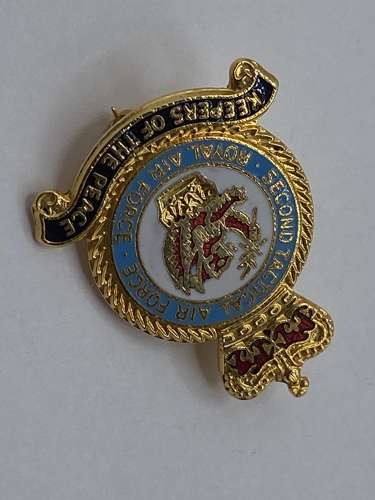 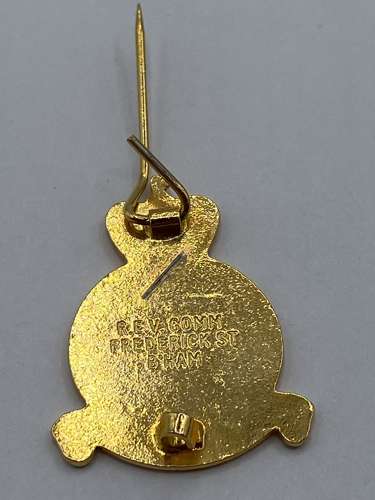 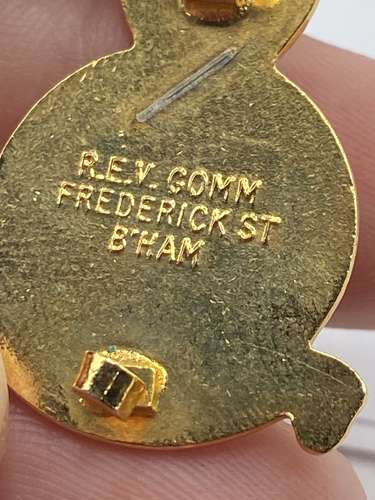 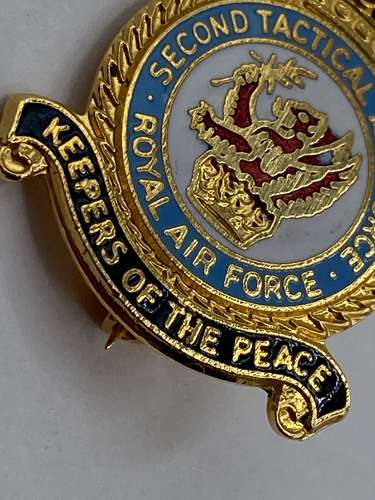 £20.00 Approx $24.54, €23.56, £20
(1 in stock)
Qty
For sale is a Post WW2 Second Tactical Air Force Royal Air Force Keepers Of The Peace Badge which is maker marked Rev.Gomm Frederick Str B’ham. This badge is in great condition.
The RAF Second Tactical Air Force (2TAF) was one of three tactical air forces within the Royal Air Force (RAF) during and after the Second World War. It was made up of squadrons and personnel from the RAF, other British Commonwealth air forces, and exiles from German-occupied Europe. Renamed as British Air Forces of Occupation in 1945, 2TAF was recreated in 1951 and became Royal Air Force Germany in 1959.
2TAF's first commander was Air Marshal Sir John d'Albiac, who, on 21 January 1944, was succeeded by the man most associated with Second TAF, Air Marshal Sir Arthur Coningham. Coningham had great experience of the type of operations required for supporting fast moving ground warfare due to his command of the Desert Air Force in North Africa and Italy. He honed Second TAF into a command up to the challenges presented to it, and incorporated many of the lessons from Italy, including the use of the "cab rank" system for aircraft for close air support, into the doctrine of Second TAF.
This will be sent via Royal Mail 1st class signed for and dispatched within two working days.