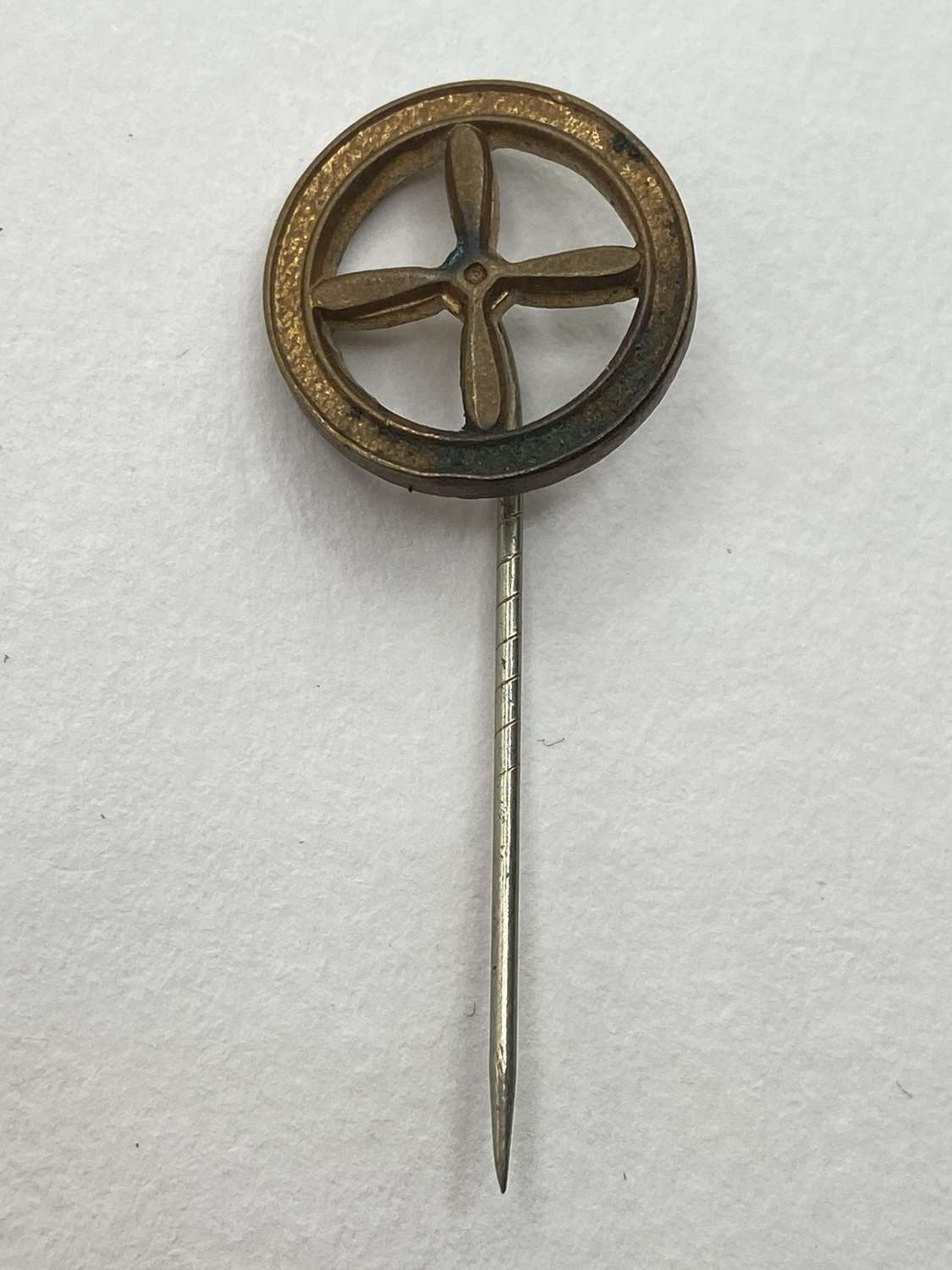 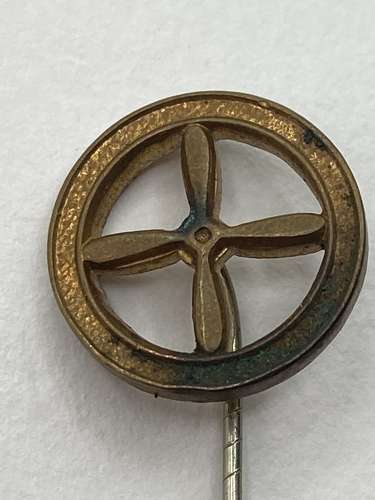 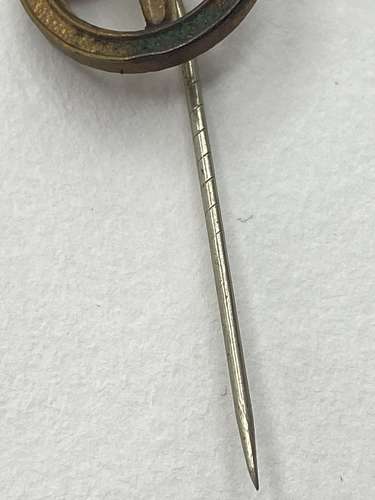 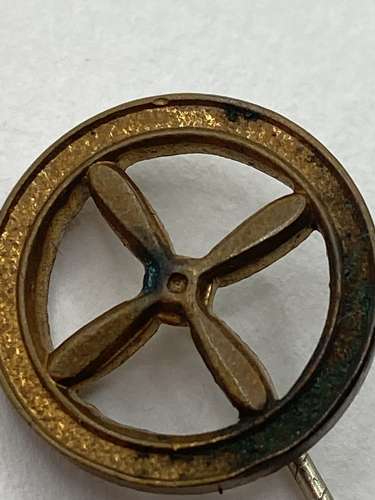 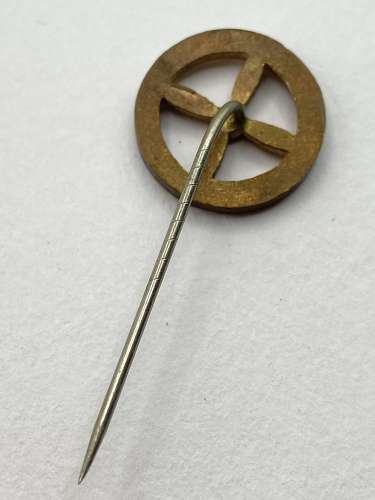 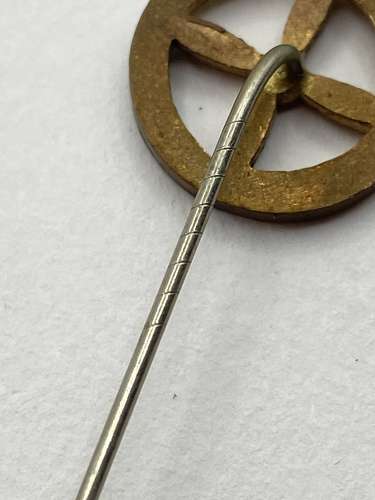 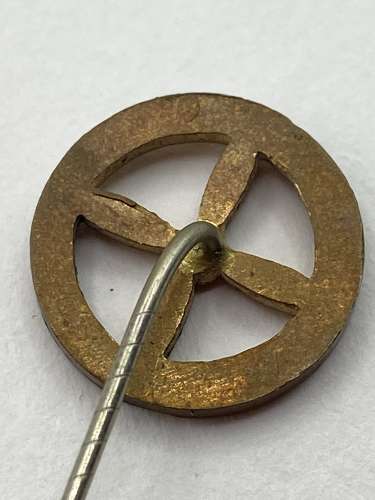 SOLD
For sale is a Rare Early WW2 1930s British Royal Air Force RAF Apprentice Wheel brass & silver twist Stick Pin. In good condition.
About this piece of Insignia:
RAF Apprentice Wheel would usually be worn on the left sleeve of uniform by apprentice boy entrant. The badge is made of brass, depicting a circular wheel and a four propped propeller in the centre.
In October 1919 the Royal Air Force began its apprentice scheme, teaching recruits an apprenticeship in carpentry, sheet metal working, fitting or as an electrician. These boys were selected by examination between the ages of 15 and 17 ½ and once they turned 18 they signed on for twelve years in the RAF. As a very technical service the RAF had quickly recognised that it would need a pool of talent to maintain and service its aircraft. The RAF apprentice scheme aimed To produce advanced tradesmen of good education and to develop in them such qualities of character- sense of responsibility, leadership, pride in the service- as will fit them for a progressive career within the Royal Air Force.
To help develop good character it was felt necessary to distinguish the boys on an apprenticeship from older airmen, and so from the very start they had their own unique trade badge, a four bladed propeller in a wheel that was sewn onto the sleeves of their jackets.
Once the apprentice was promoted, the badge was worn above his stripes. Above one stripe indicated a Leading Apprentice, above two a Corporal Apprentice and above three for a Sergeant Apprentice. For flight sergeants the badge was worn above the stripes and below a crown. The badge was supposed to be worn so the propeller was in an ‘X’ alignment.
This badge is in great condition. And will be sent via 1st class signed for and dispatched within two working days.