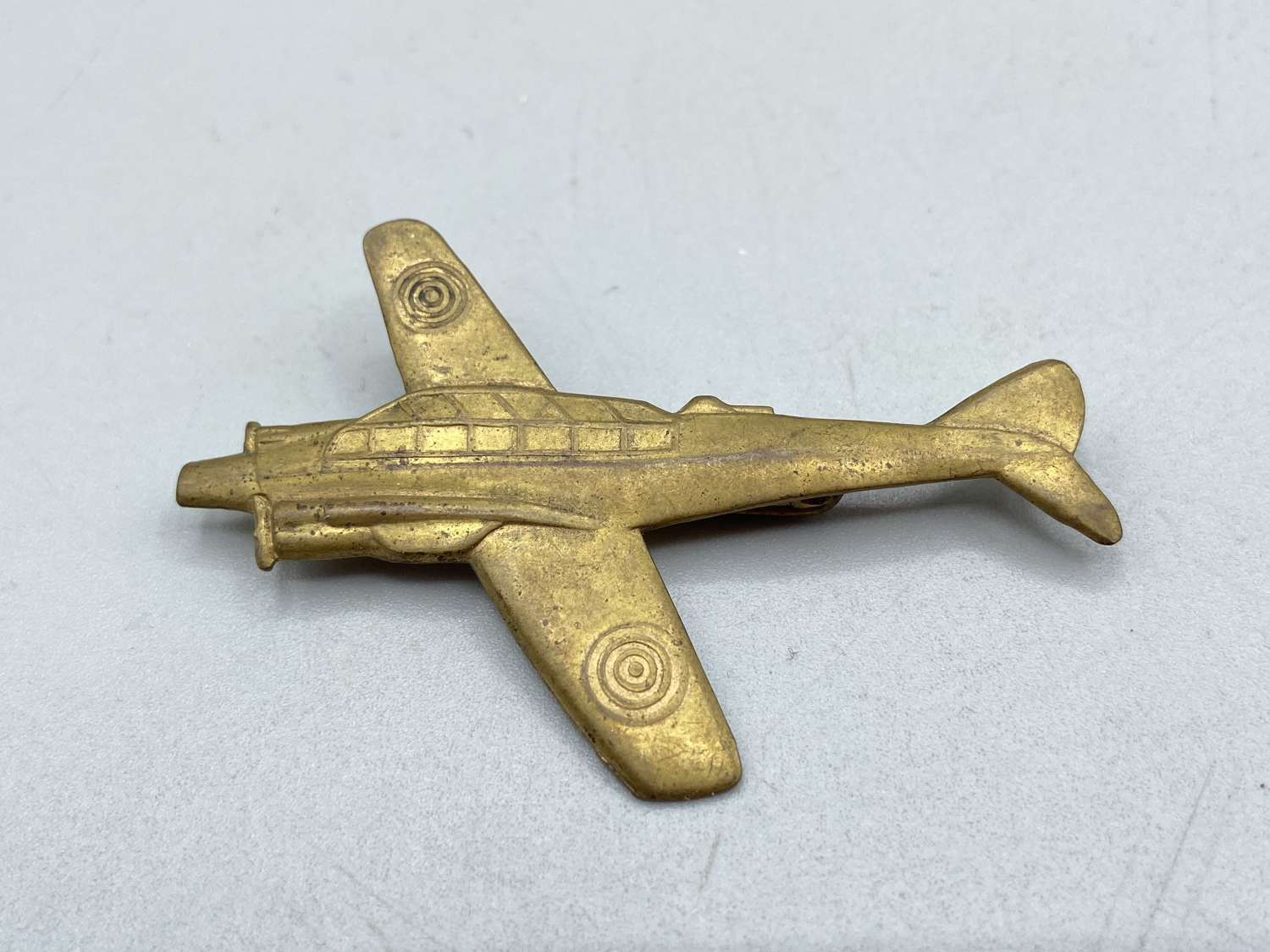 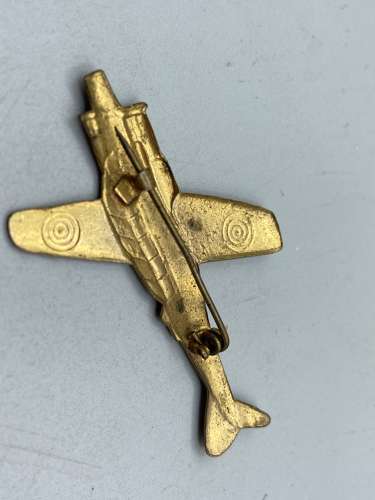 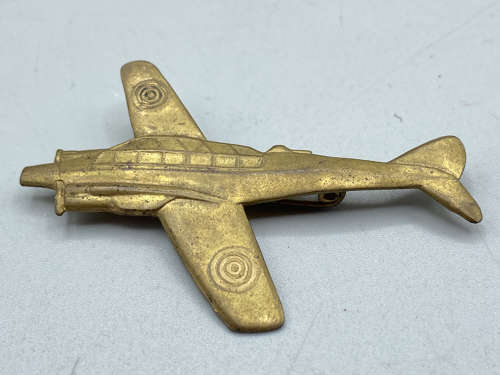 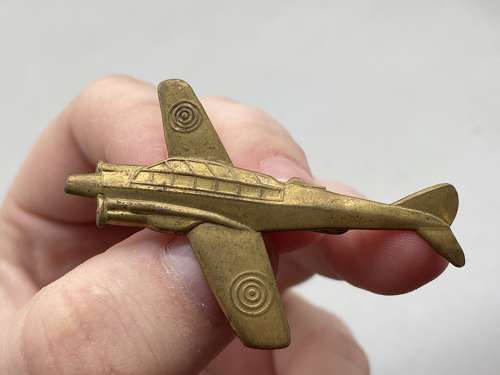 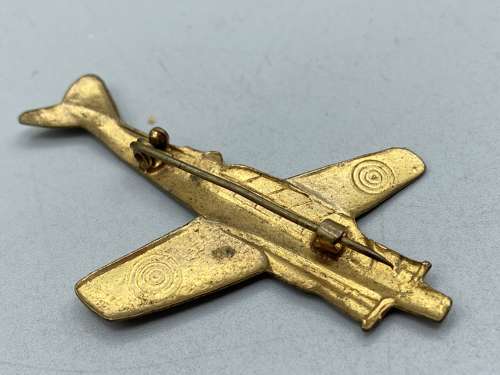 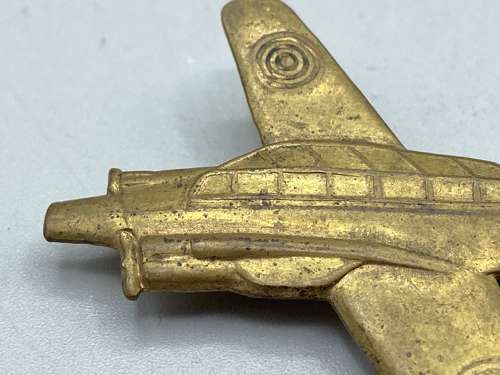 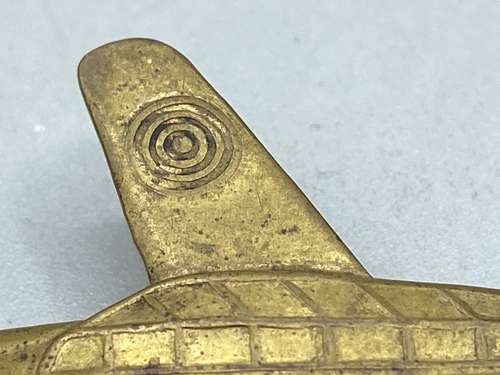 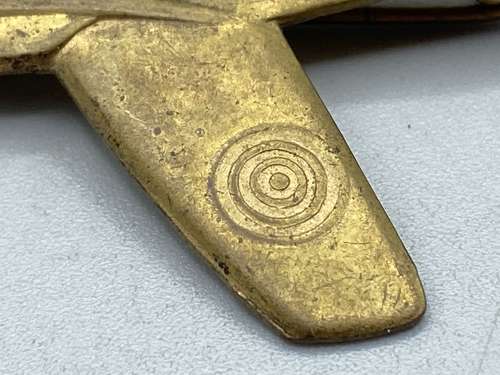 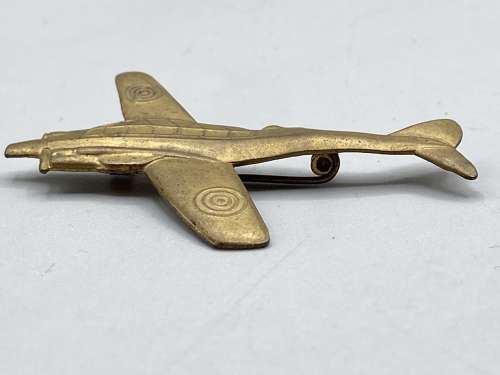 For sale is a Rare WW2 British Home Front RAF Fairey Battle Appeal Fund Charity Badge. This badge is in excellent condition. The badge here is a representation of the Fairey Battle light bomber, which would have been sold to raise money for the RAF.

History of the Fairey Battle:

The Fairey Battle is a British single-engine light bomber that was designed and manufactured by the Fairey Aviation Company. It was developed during the mid-1930s for the Royal Air Force (RAF) as a monoplane successor to the Hawker Hart and Hind biplanes. The Battle was powered by the same high-performance Rolls-Royce Merlin piston engine that powered various contemporary British fighters like the Hawker Hurricane and Supermarine Spitfire. The Battle was much heavier, with its three-man crew and bomb load. Though a great improvement over the aircraft that preceded it the Battle was relatively slow (compared to the Bf109s it had to face), had limited range, and had only two .303 (7.7 mm) machine guns as defensive armament, thus it was found to be highly vulnerable to enemy fighters and anti-aircraft fire.

The photographs make up part of the description, As the buyer please view the photos carefully before purchasing. Guaranteed original or money back.