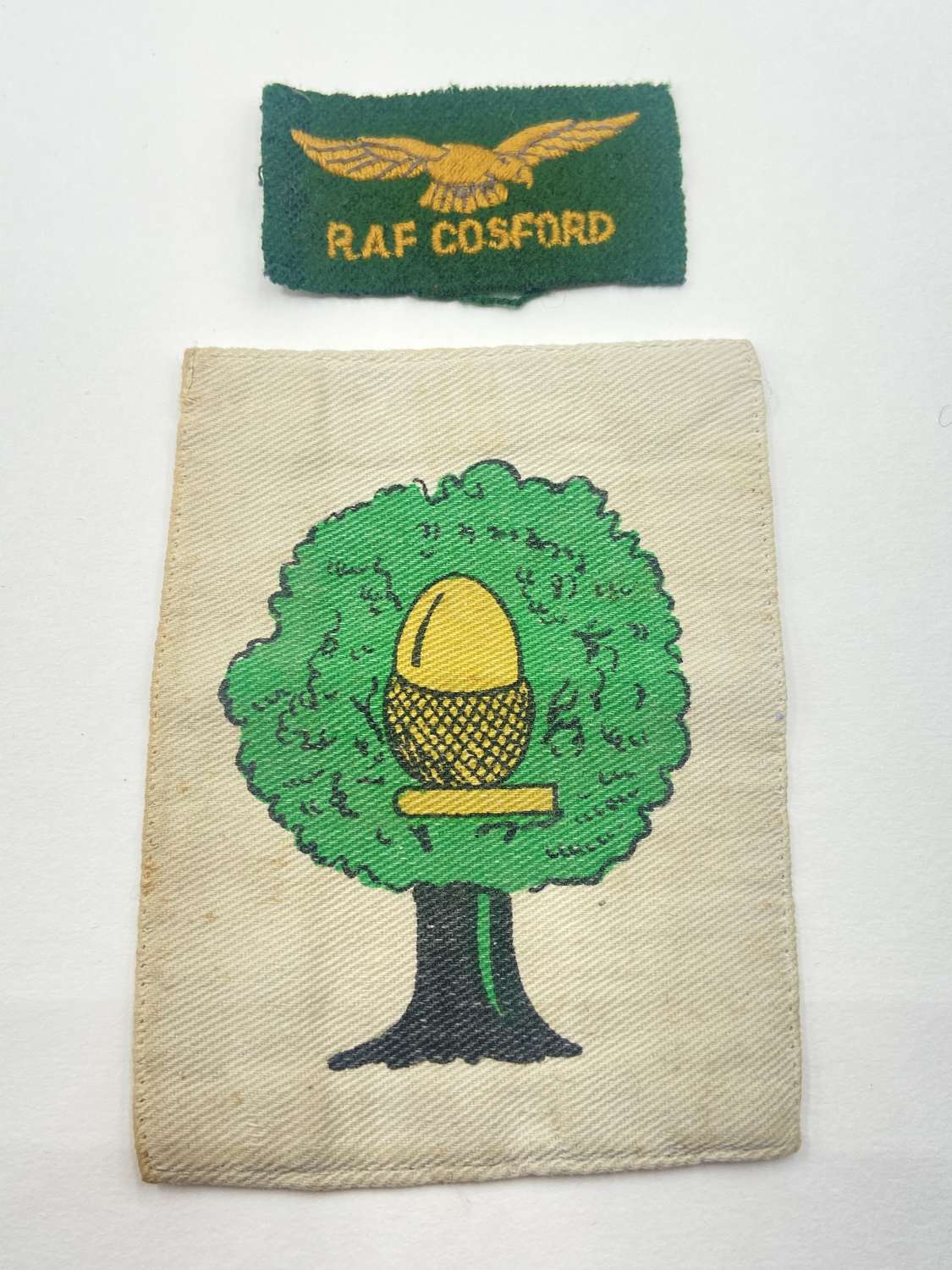 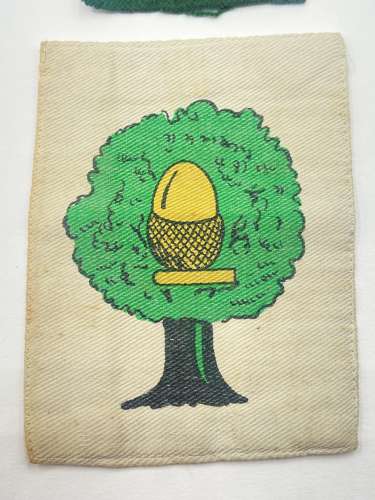 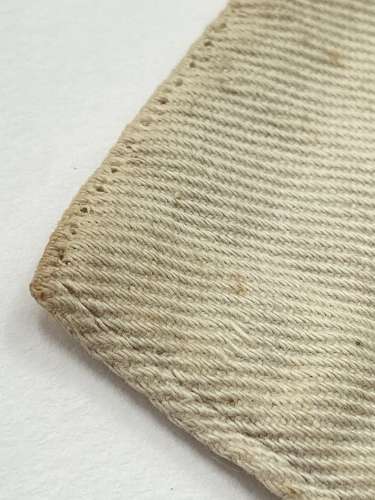 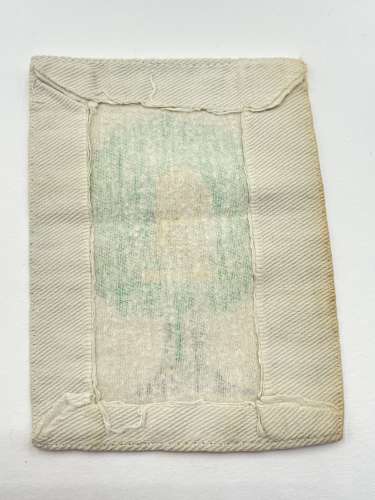 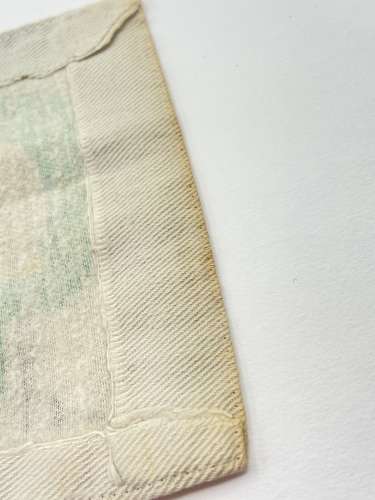 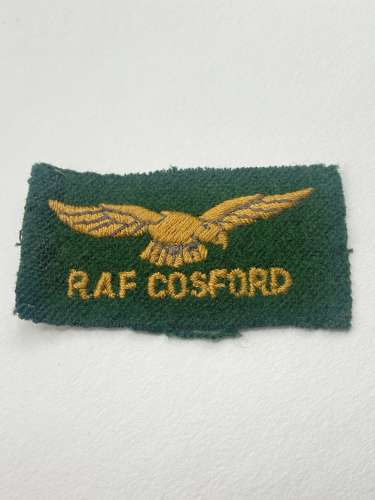 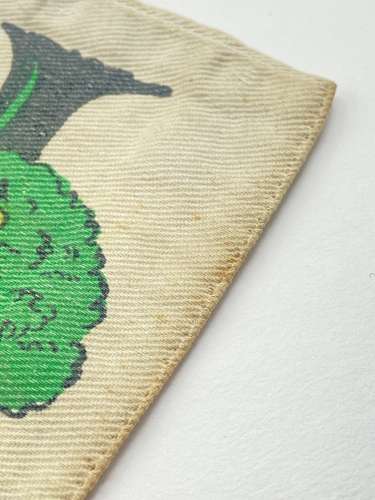 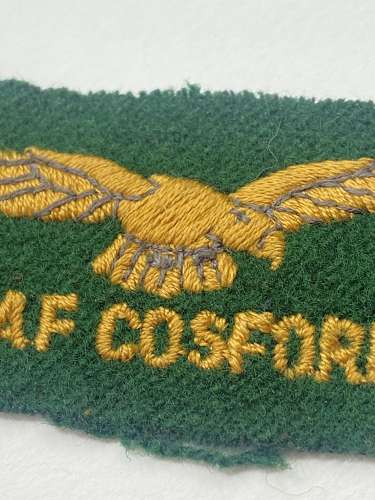 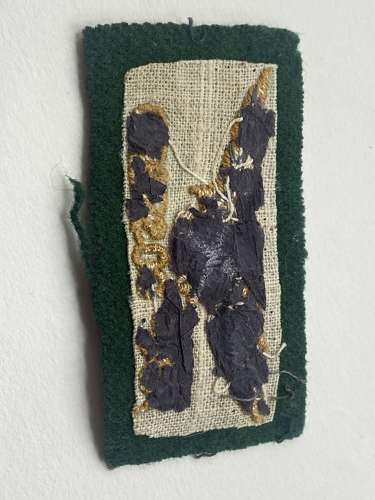 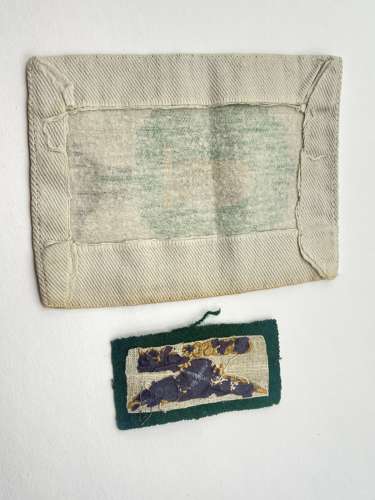 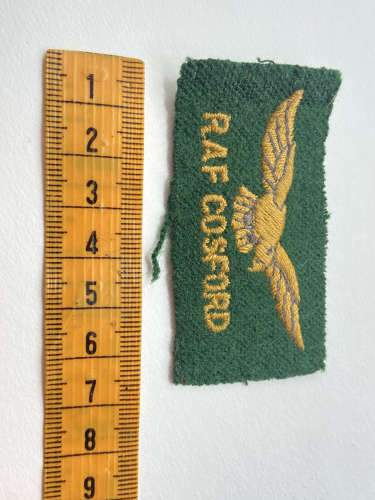 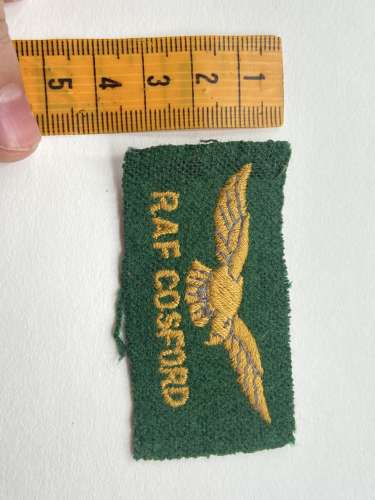 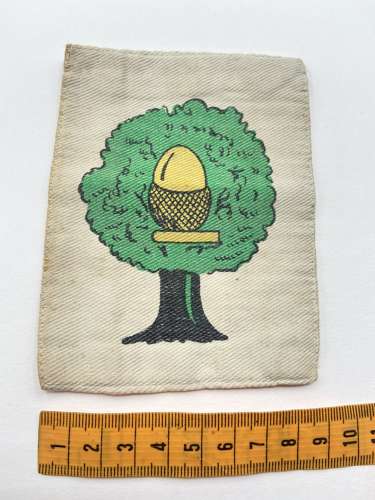 POA
(1 in stock)
For sale is a very Rare WW2 British RAF Cosford Albatross Battledress  Sleeve Patch and a RAF Cosford Printed PT Physical Training Shirt Emblem. Both patches are in excellent condition. The RAF Cosford Green rectangular patch measures 3.5cm Height x 6.5cm Length, this patches background is a dark green, with an embroidered Sunny Yellow albatross & text stating “RAF Cosford”. The physical training PT shirt emblem depicts the acorn tree and acorn which is  RAF Cosford motto/ emblem. The full emblem states “seul le premier pas coute” which translates from French for 'Only the first step is difficult.' This patch measures 12.5cm in height x 8.5cm width.
About RAF Cosford:
Royal Air Force Cosford or RAF Cosford (formerly DCAE Cosford)(ICAO: EGWC) is a Royal Air Force station in Cosford, Shropshire, just to the northwest of Wolverhampton and next to Albrighton. RAF Cosford was built and used since 1938 and is still in use today.
RAF Cosford opened in 1938 as a joint aircraft maintenance, storage and technical training unit. It was originally intended to be opened as RAF Donington (the parish in which it is located) but to avoid confusion with the nearby army camp at Donnington it was named after Cosford Grange House which was located at the south western edge of the airfield. It has remained mainly a training unit to this day. The Fulton barrack block was built just before the Second World War as the largest single building barrack block in the UK. The block was named after Captain Fulton (an early Air Force pioneer) and paid for by his widow, Lady Fulton. It is a listed building and is now used for technical training.
No 2 School of Technical Training was formed in 1938 and during the Second World War it trained 70,000 airmen in engine, airframe and armament trades. No 2 School of Technical Training was subsumed into the No 1 School of Technical Training when it moved to Cosford from RAF Halton in Buckinghamshire.
In the Second World War No 12 Ferry Pool of the Air Transport Auxiliary (ATA) was formed at Cosford. This unit delivered Spitfires from the base and returning with bombers or fighters for No 9 Maintenance Unit. Ferry flights were often flown by women pilots. Amy Johnson came to Cosford on more than one occasion.
In 1940 after the Fall of France a depôt was established at RAF Cosford for Free Czechoslovak personnel joining the Royal Air Force Volunteer Reserve.
The airfield was originally a grass strip. In 1940–41 there was a bad winter in which landing heavy aircraft such as Vickers Wellingtons and Avro Ansons turned the strip into a mudbath. Thereafter a paved runway was built that was 1,146 yards (1,048 m) long and 46 yards (42 m) wide.
A substantial Princess Mary's Royal Air Force Nursing Service staffed hospital was established at RAF Cosford, the most westerly such RAF hospital in the UK. It consisted of wooden spurred huts. It was the main centre for repatriated prisoners of war, processing more than 13,000 by 1948. Many from the Far East had to remain for long term-treatment.The hospital was open to the general public as well as servicemen and women. It was closed on 31 December 1977 and demolished in 1980.
These two patches are exceptionally rare, and so far I have been unable to find any others like them. These are both in great condition, and we’re most likely never issued. The albatross RAF Cosford sleeve patch dates from the late 1930s to early 1940s, and the Physical training shirt emblem dates from the 1940s to 1950s.
These will be dispatched by Royal Mail special delivery and dispatched within two working days.