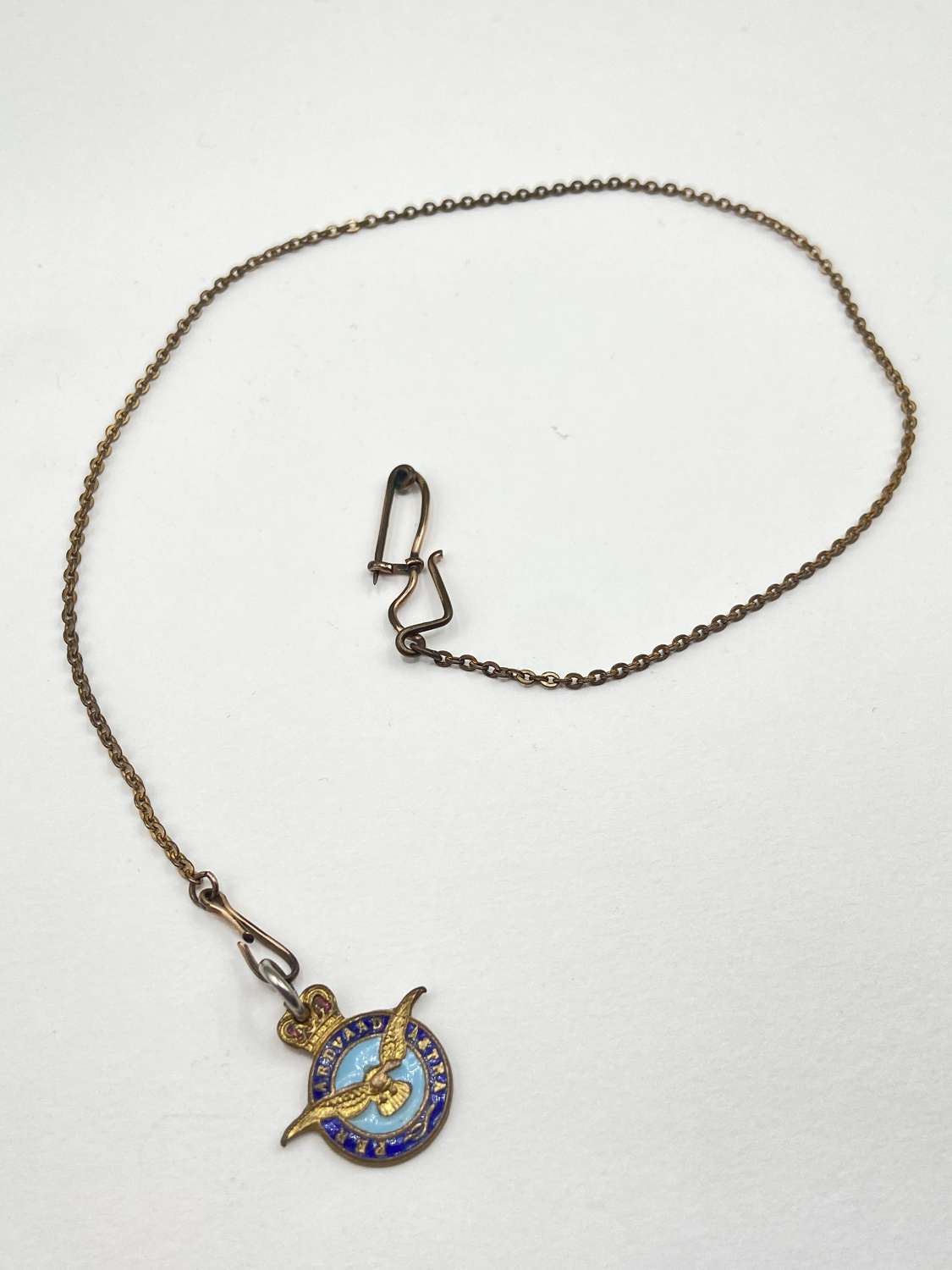 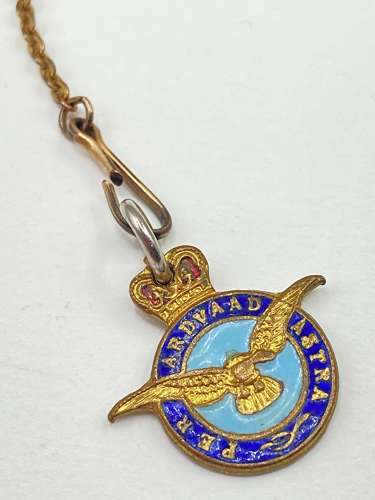 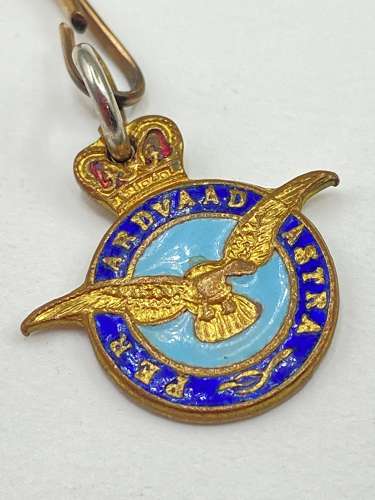 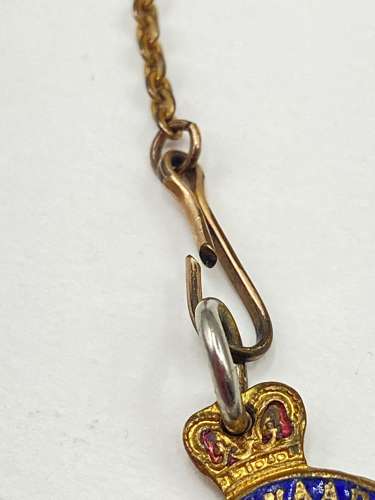 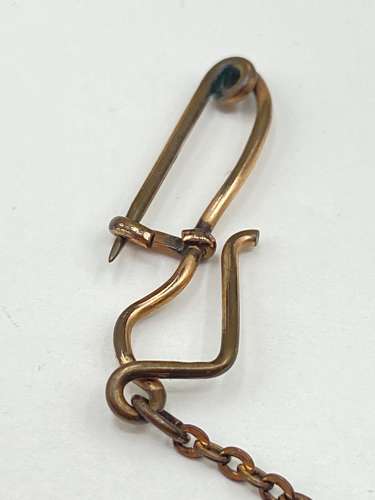 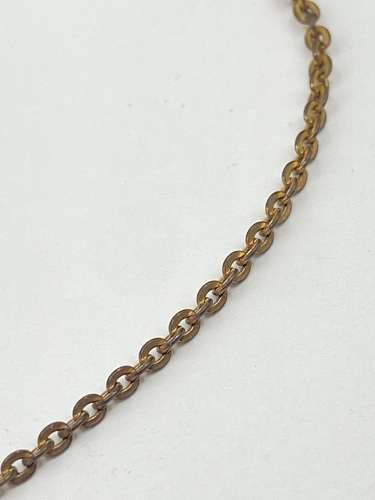 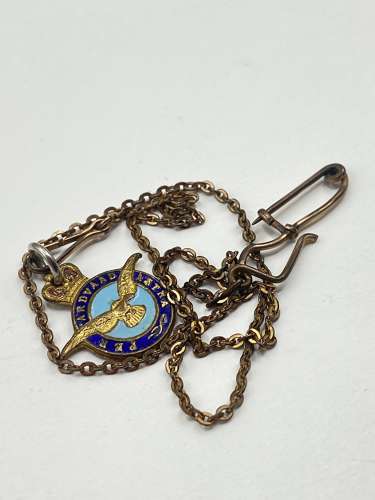 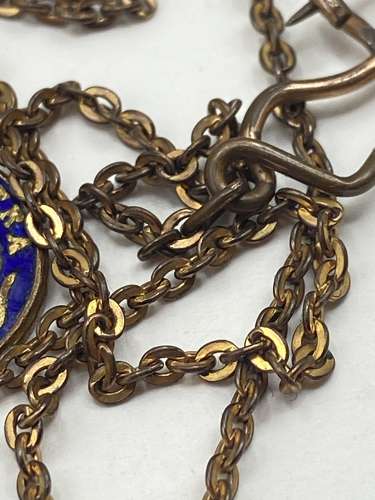 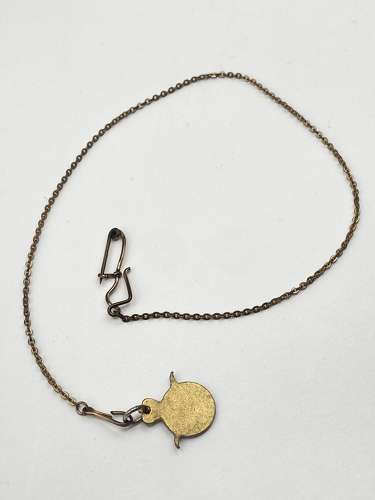 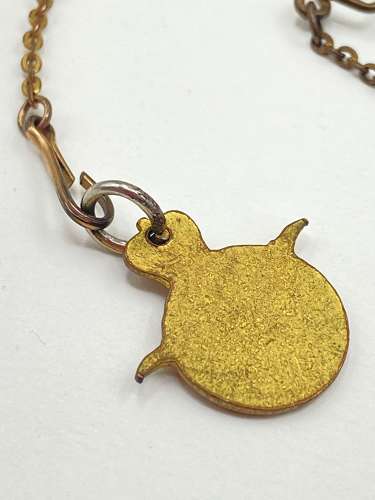 £35.00 Approx $43.16, €41.32, £35
(1 in stock)
Qty
For sale is a early Post WW2 (early 1950s) Gold Plated Pocket Watch Button Hook Chain & Royal Air Force Gilt & Enamel Fob. The RAF fob has the RAF Emblem, with the words “Per ardua ad astra is a Latin phrase meaning "through adversity to the stars" or "through struggle to the stars" that is the official motto of the Royal Air Force and other Commonwealth air forces such as the Royal Australian Air Force and Royal New Zealand Air Force, as well as the Royal Indian Air Force until 1947.
The fob is in good condition, with  light gilt & enamel finish. The gold plated pocket Watch chain can also be used as a bracelet and necklace as well as a pocket watch chain. Between the chain and the fob is a silver link.
This will be sent via Royal Mail 1st class signed for and dispatched within two working days.