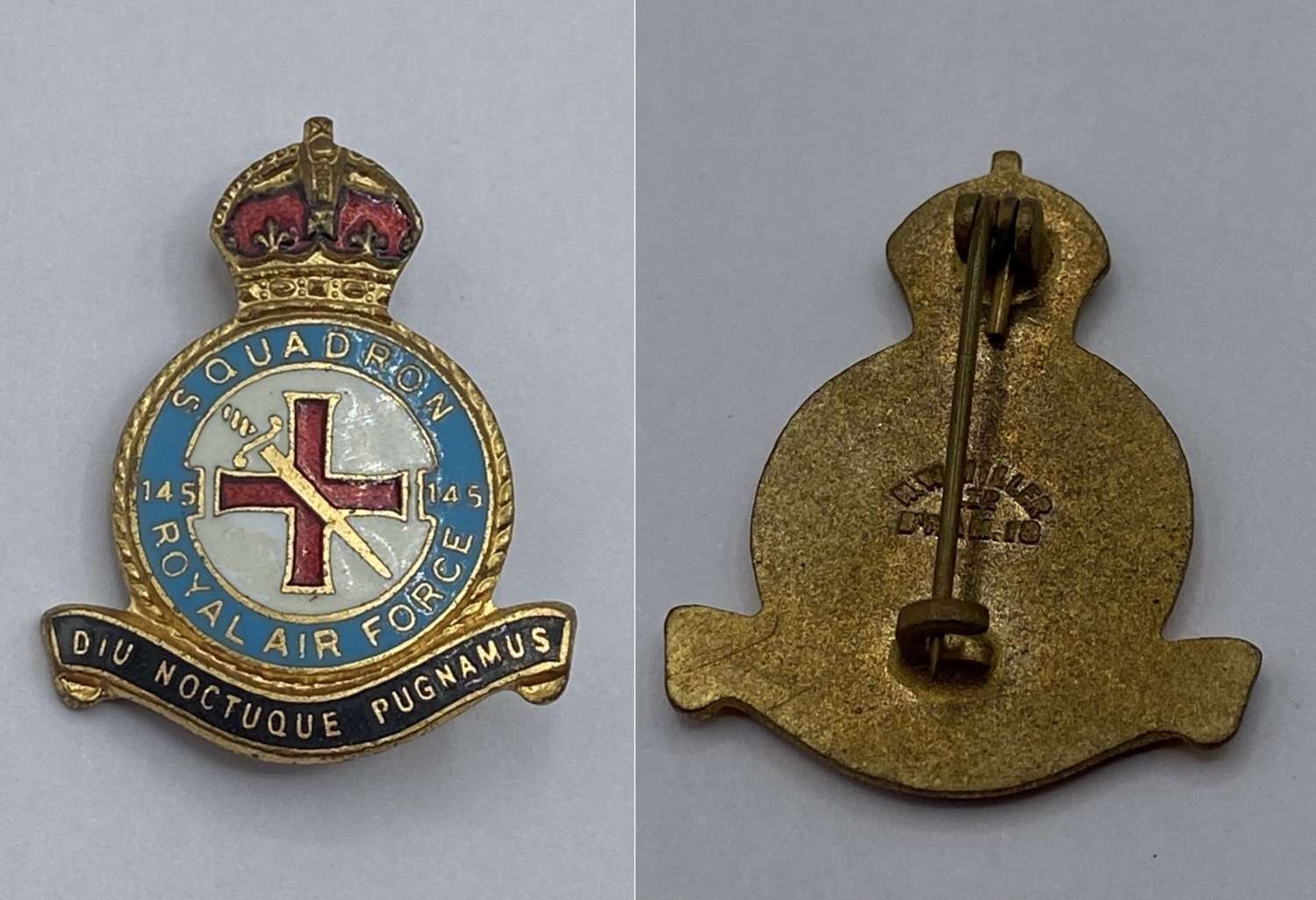 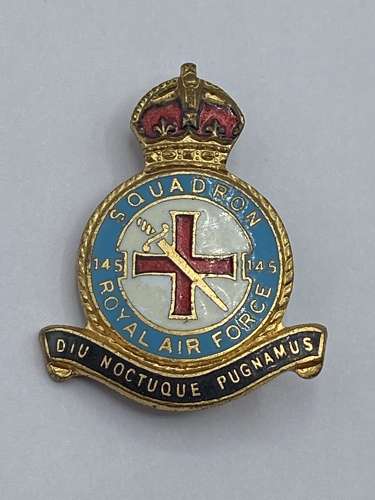 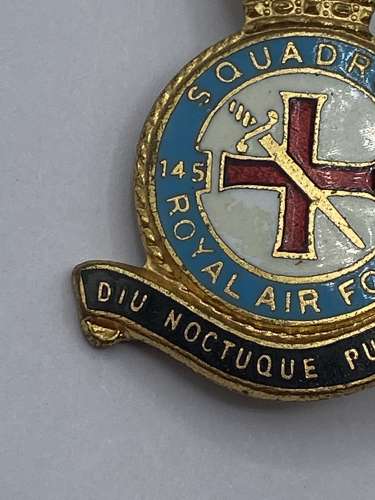 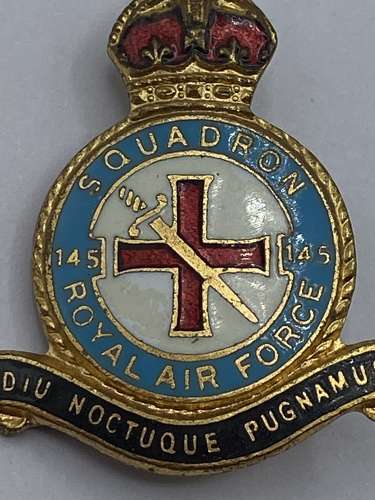 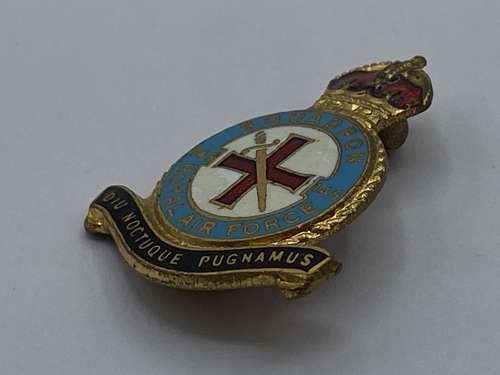 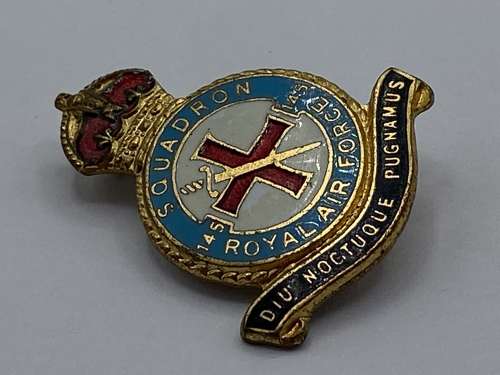 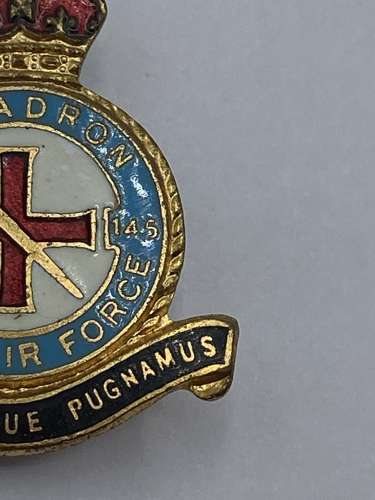 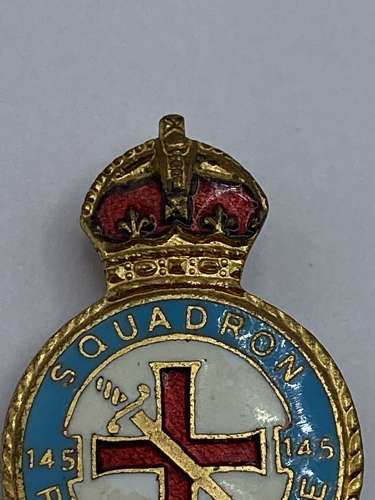 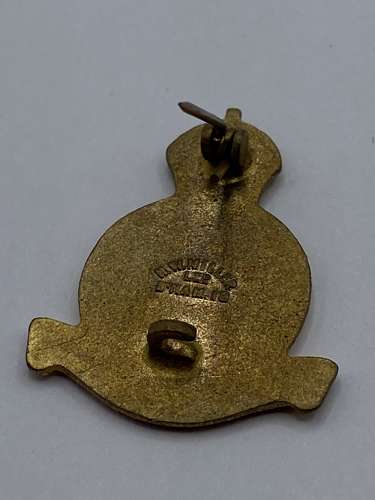 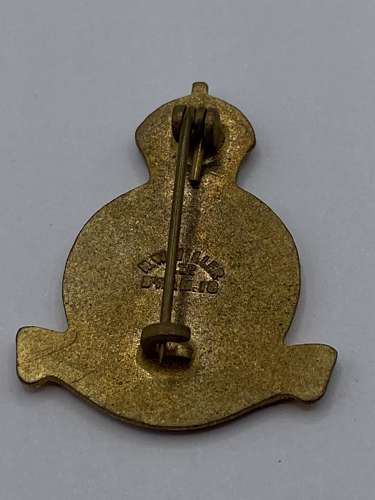 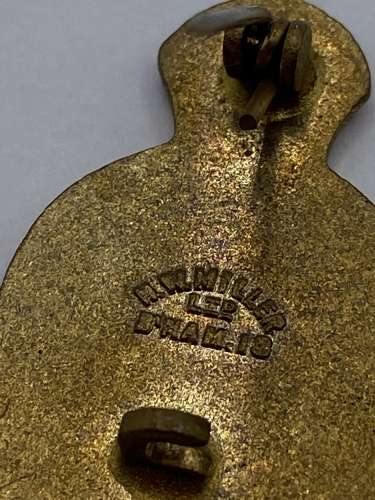 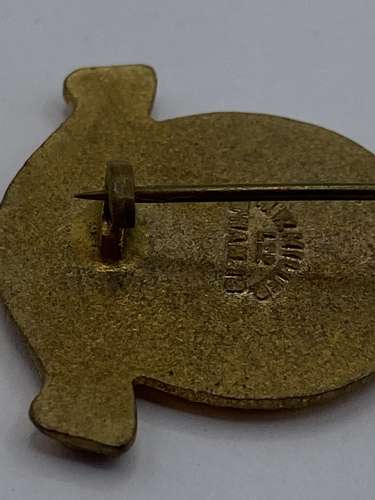 The Squadron formed on 15 May 1918. Equipped with Royal Aircraft Factory S.E.5 fighters, it supported the final offensives against the Turks in Palestine. The unit disbanded on 2 September 1919.

On 10 October 1939, No. 145 Squadron was reformed, taking delivery of Hurricane fighters in March 1940. It operated over Dunkirk and in the Battle of Britain before re-equipping with Supermarine Spitfires in early 1941. From February 1942, it was based in the Middle East, then in Malta, and finally in northern Italy, before disbanding on 19 August 1945.

American fighter pilot Lance C. Wade, one of the leading Allied Aces in the Mediterranean Theater of Operations (MTO), was a Flight Commander and Squadron Leader of No. 145 Squadron. In spring of 1943 'C' flight of the squadron was the Polish Fighting Team. In March 1943, No. 145 Squadron pilots who came from the United States, Britain, New Zealand, Argentina, Trinidad, Canada, South Africa, Australia, and Poland were credited with 20 Axis aircraft destroyed, over one third of the total destroyed by the entire RAF in the MTO for that month. On 19 August 1945, the Squadron disbanded in northern Italy.

No. 145 Squadron was reformed once more, as a fighter-bomber unit in Germany, on 1 March 1952. Initially flying de Havilland Vampires, it converted to de Havilland Venoms in 1954. The squadron was disbanded on 15 October 1957.