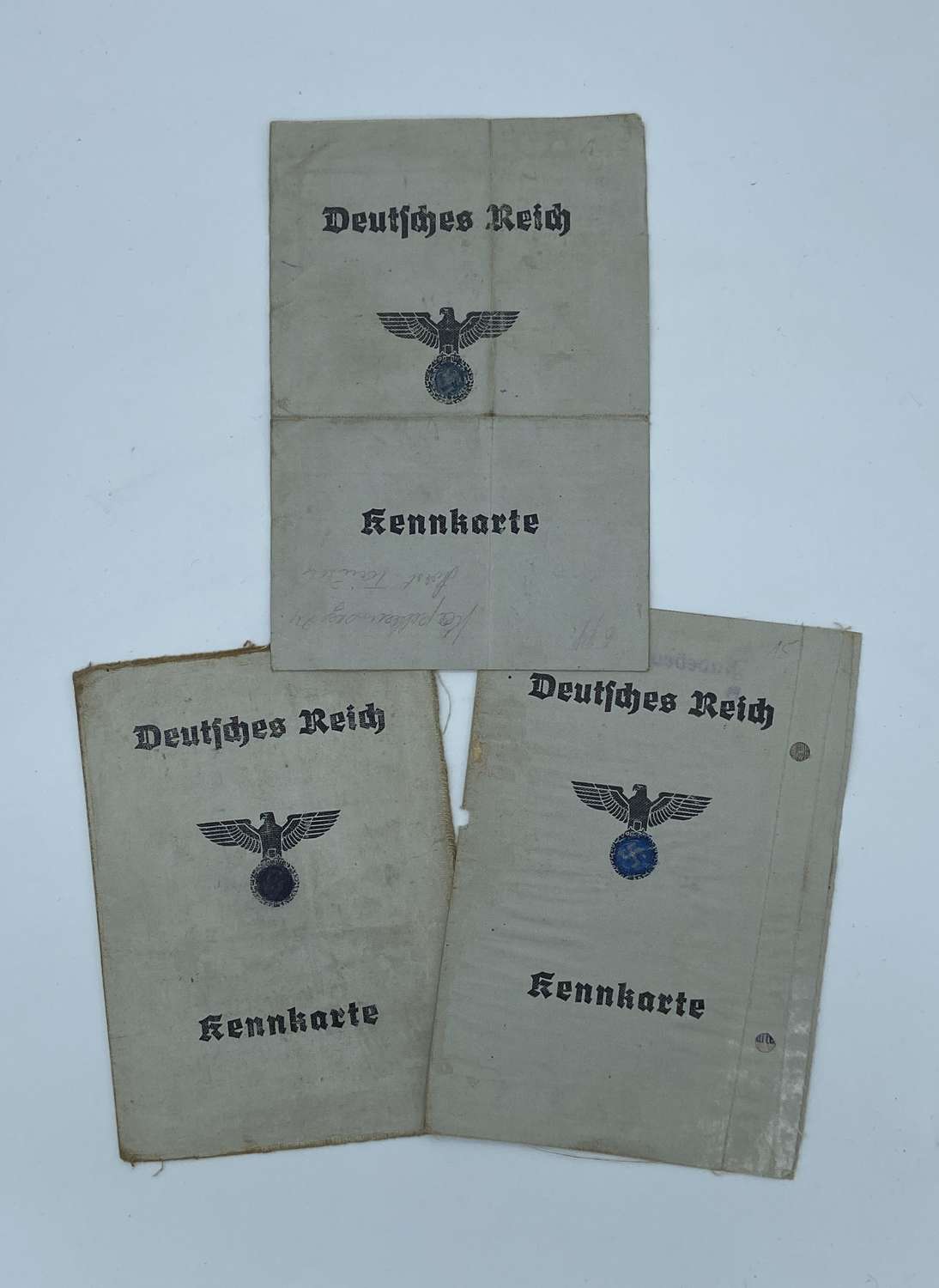 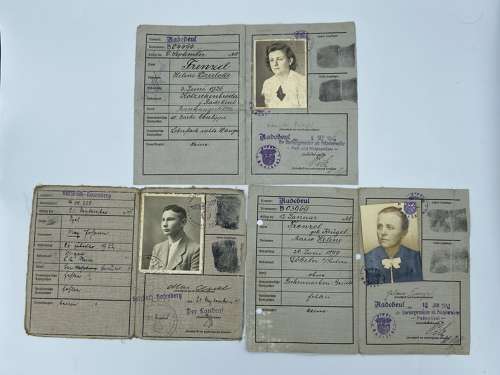 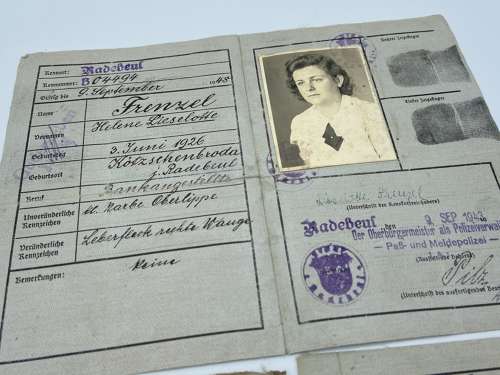 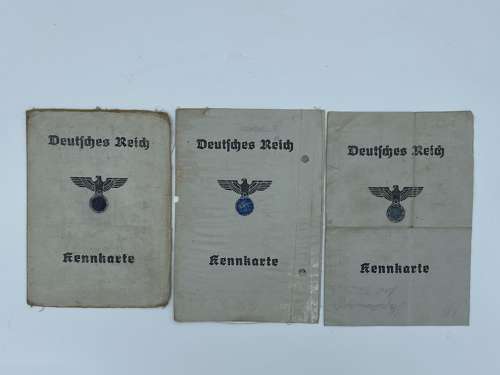 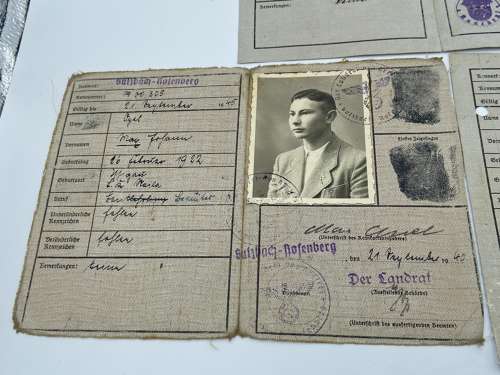 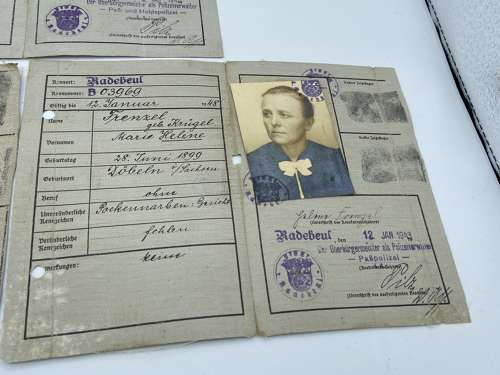 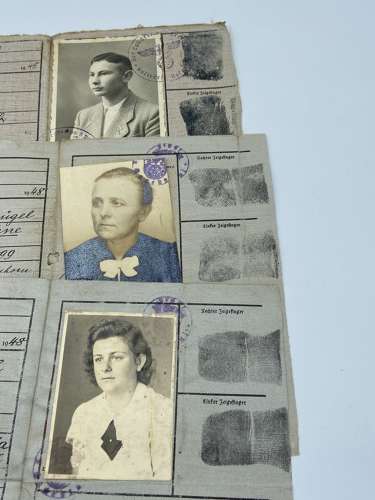 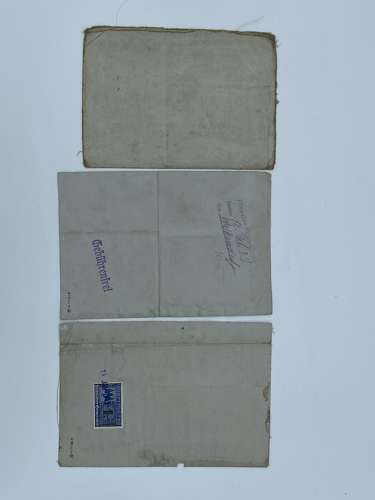 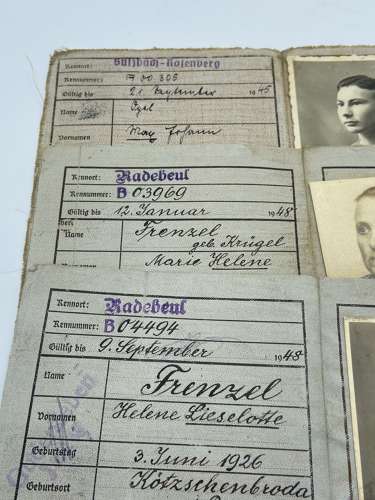 For sale is a set of Three WW2 German ID’s Belonging To A Mother, Son & Daughter living in the German town of Radebeul Town, all three contain a photo, finger prints and then details about the person. After WW2 the fronts of these passes were altered!

They were first introduced in July 1938. They were normally obtained through a police precinct and bore the stamps of the corresponding issuing office and official. Every male and female German citizen aged 18 and older, was issued one and was expected to produce it when confronted by officials.

This is guaranteed original or money back guaranteed. These will be sent via 1st class signed for and dispatched within two to three working day’s.