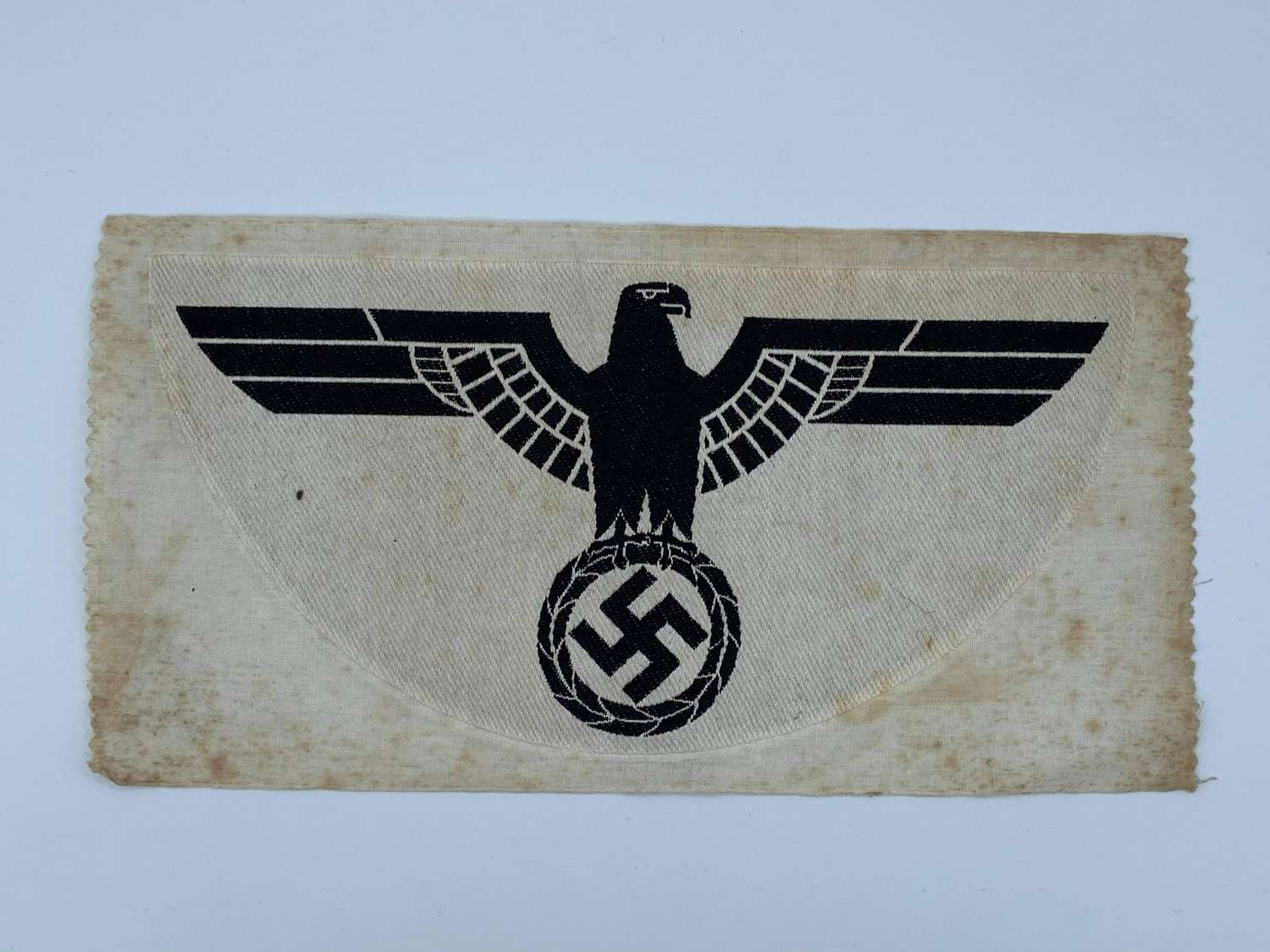 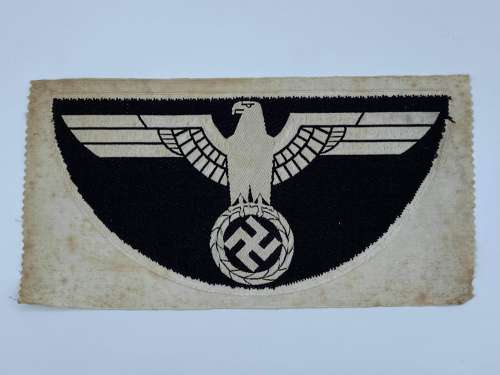 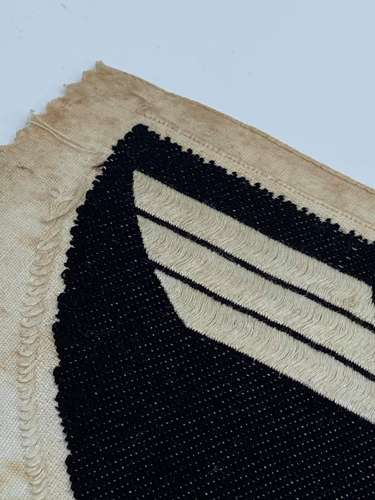 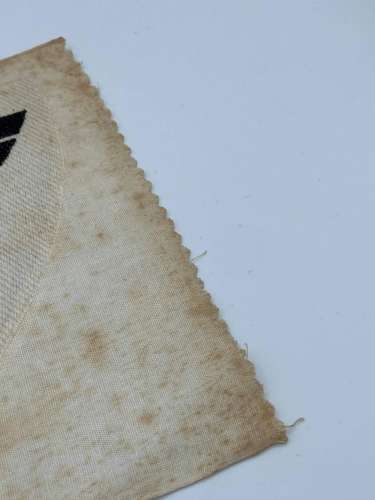 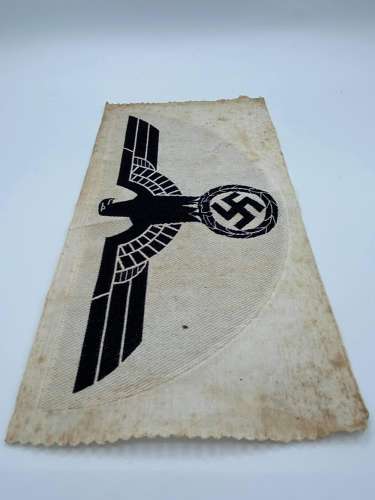 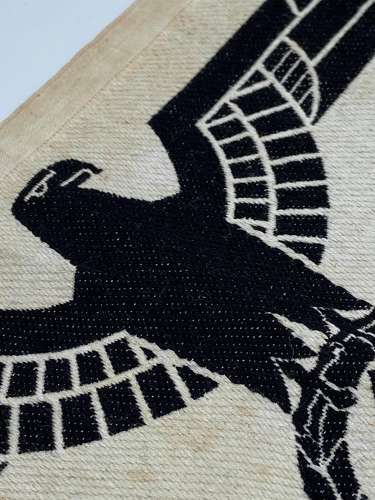 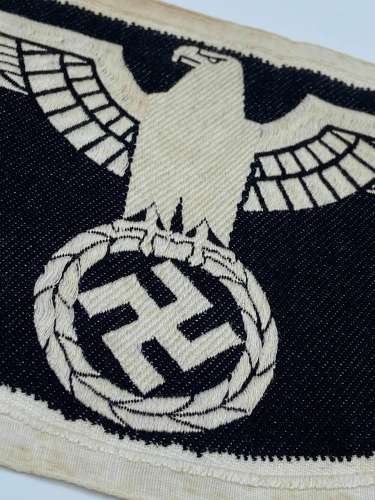 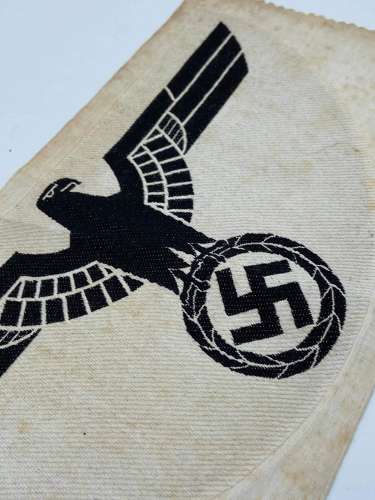 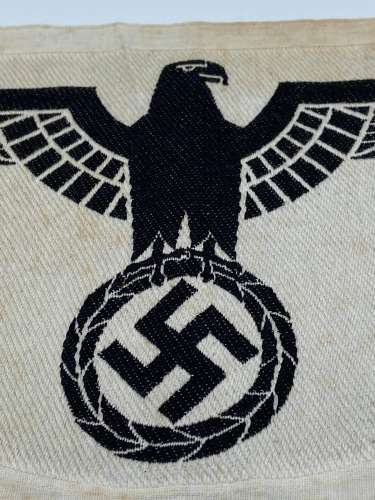 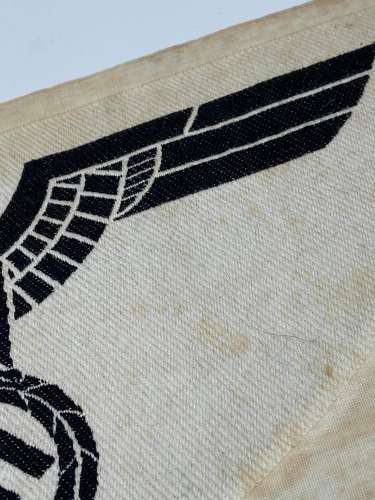 Original WWII German Army (Heer) LARGE SPORT SHIRT EAGLE. (Wehrmachtsportabzeichen) Certified. Physical fitness of its personnel was a prime concern of the German army and each new recruit was issued a specific sport uniform that consisted of a pullover “tank top” style shirt, navy blue, later black, shorts and athletic shoes. Regulations of October 22ND 1932 introduced the Troop Sports Badge that was to be applied to the front center of the sports shirt. On May 14TH 1935 the M35 sports shirt eagle for EM/NCO’s was introduced to replace the previously used Reichswehr era Troop Sports Badge. Of Note: NCO ranks were identified by the addition of a black stripe around the neck of the sports shirt.  The insignia consists of a white, rayon, half-moon shaped base with a black, machine woven, national eagle, with out-stretched wings, clutching a wreathed, canted swastika in it’s talons, to the center. The eagles wingspan is roughly 9″ wide from wing tip to wing tip. Typical storage wear, good condition.  This will be sent 1st class signed for and dispatched within two to three working day’s.