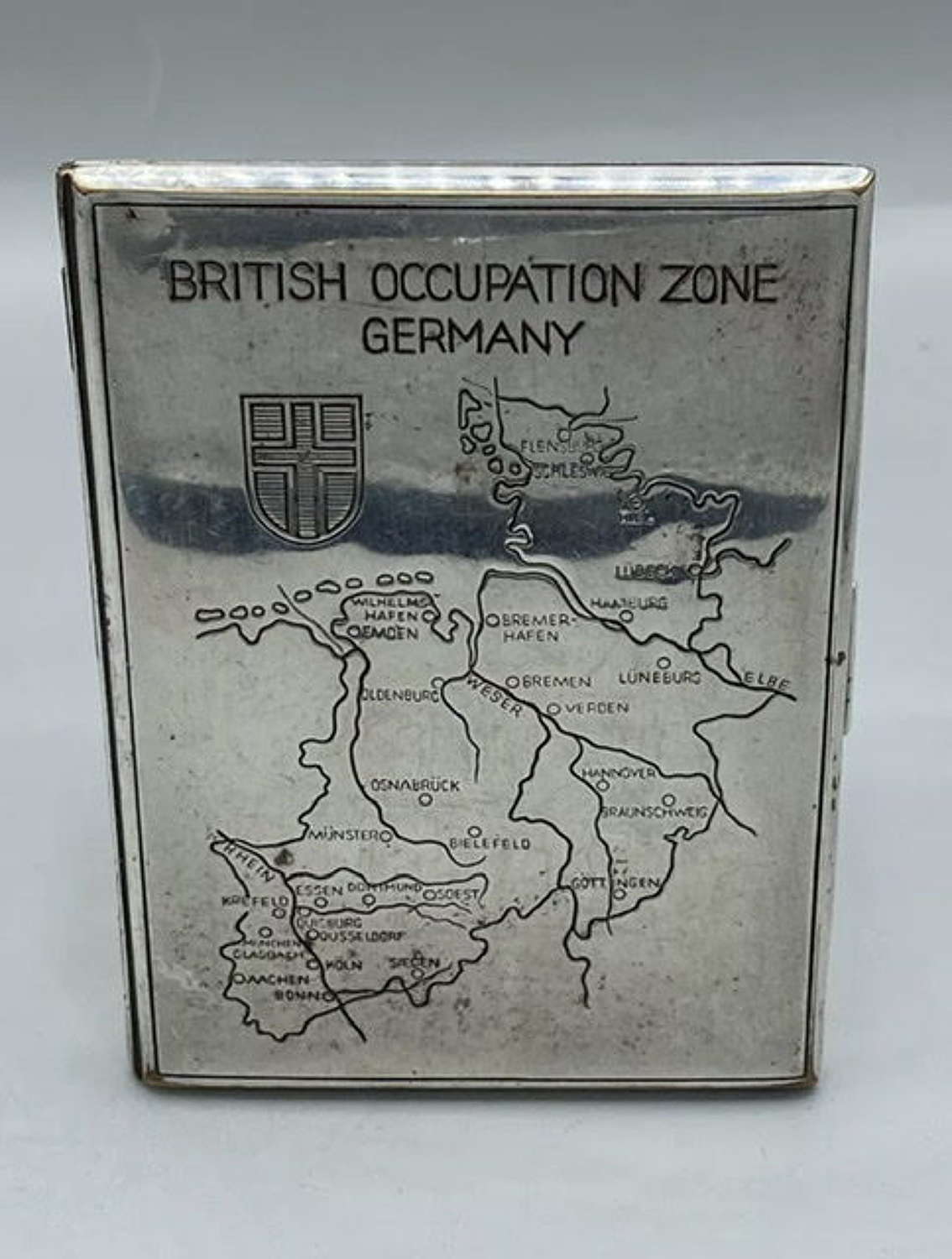 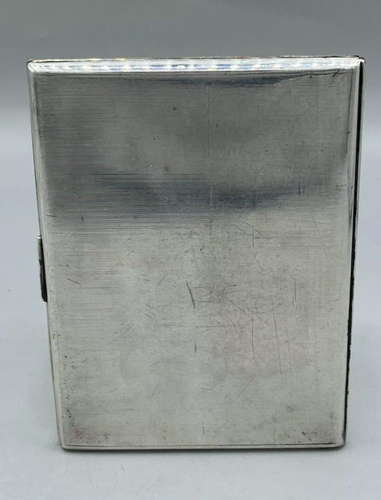 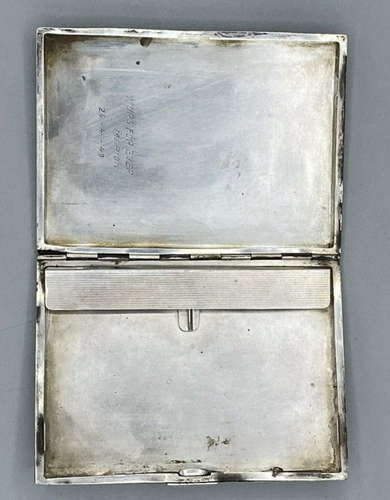 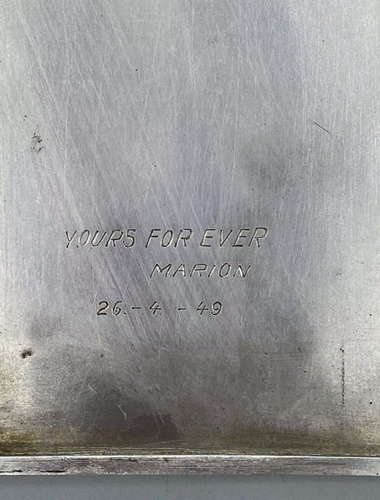 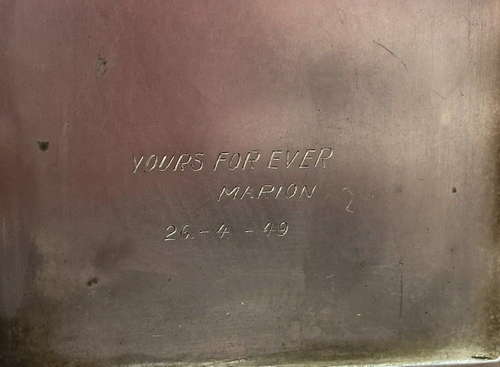 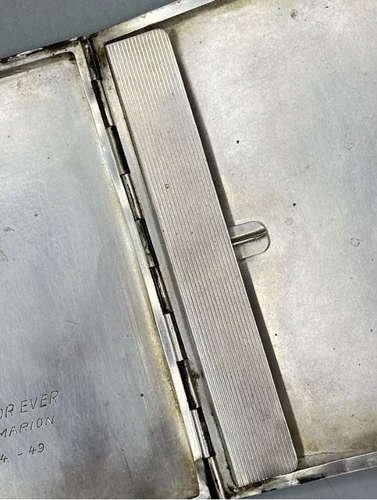 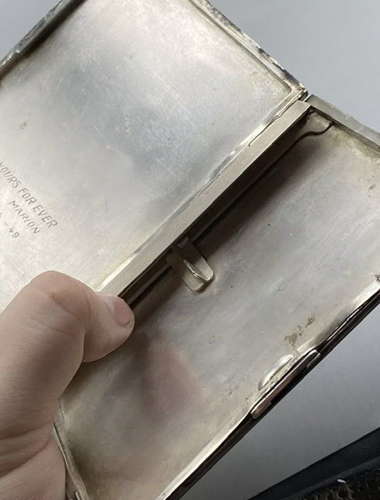 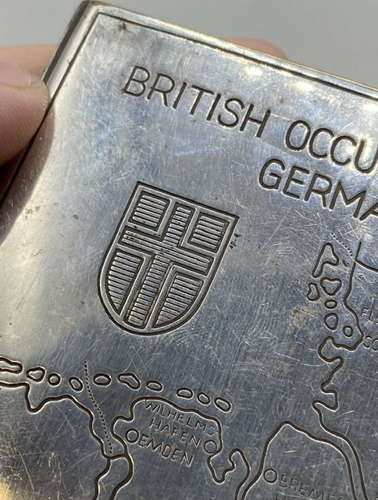 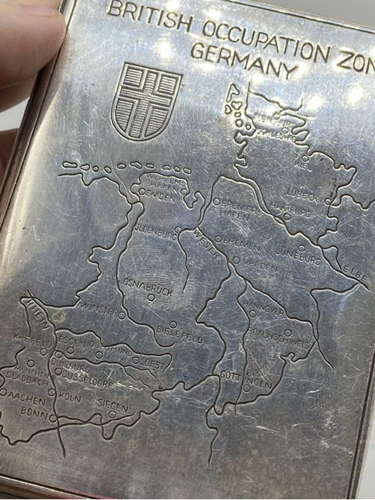 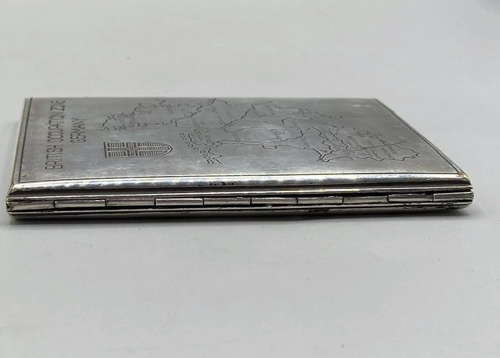 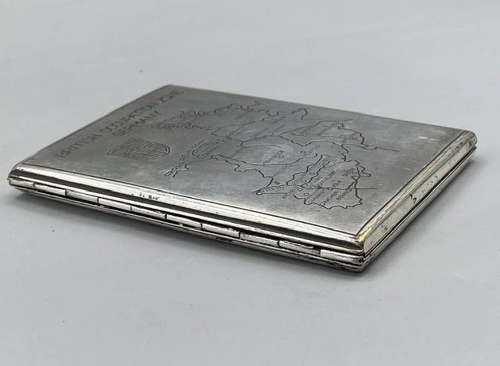 For sale is a lovely Post WW2 British Occupation Zone Germany Cigarette Case, which is inscribed with “26.4.1949 Yours For Ever Marion”.

The British zone consisted of Schleswig-Holstein, Hamburg, Lower Saxony and the present-day state of North Rhine-Westphalia. The British military government was based in Bad Oeynhausen.

Bremen and Bremerhaven were surrounded by the British Zone, but were given to the United States, so that the Americans had a port. What is now Rhineland-Palatinate was to be a part of the British Zone. It was given up to form part of the French occupation zone.

In May 1949 the British, French, and American zones were joined to form the Federal Republic of Germany. The military governors were replaced by civilian high commissioners. The high commissioners were part-governor and part-ambassador. The occupation officially continued until 1955. This is when the Federal Republic became a fully sovereign state, the western occupation zones ceased to exist, and the high commissioners were replaced by normal ambassadors. But the four allied powers still had special rights and responsibilities in Germany until the Final Settlement of 1990.

The city of Berlin, however, was not part of either state and continued to be under Allied occupation until 1990.

This will be dispatched via Royal Mail 1st class signed for and dispatched within 2-3 working days. The photographs make part of the description.