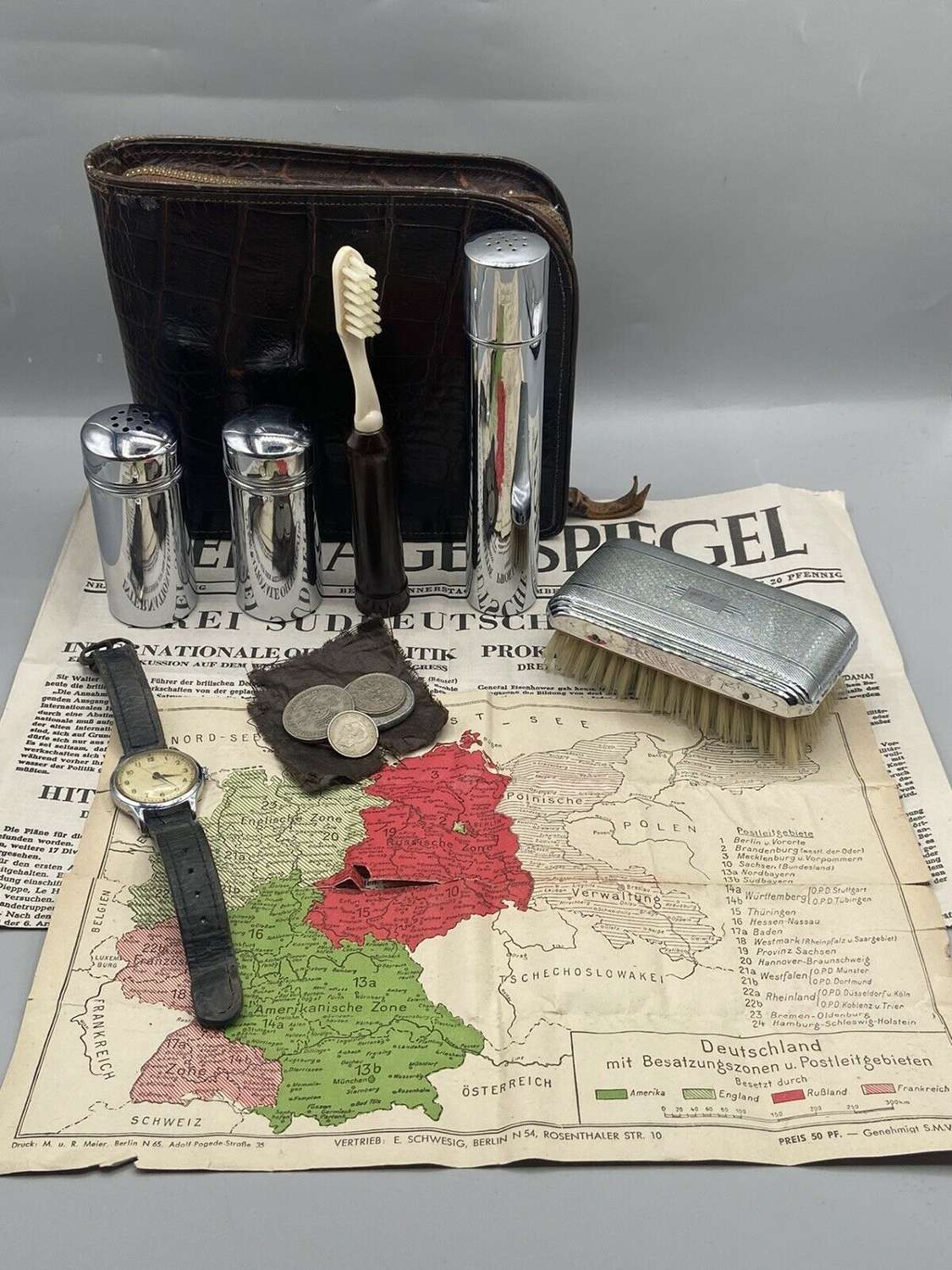 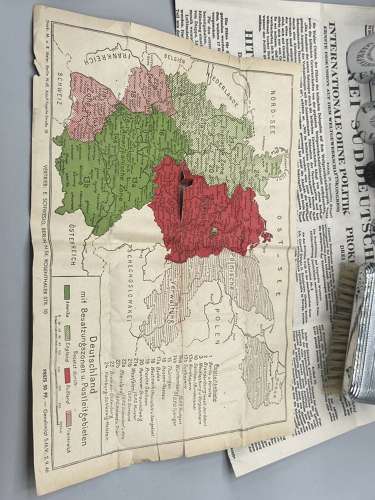 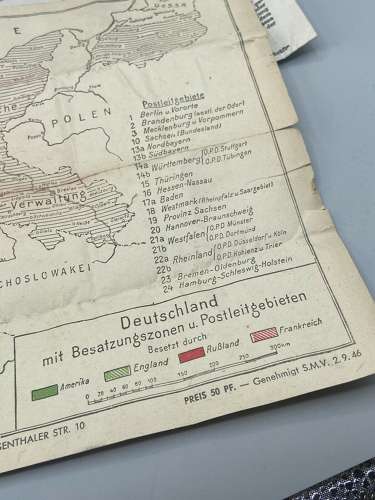 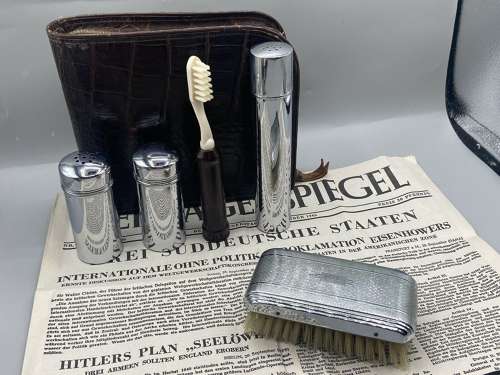 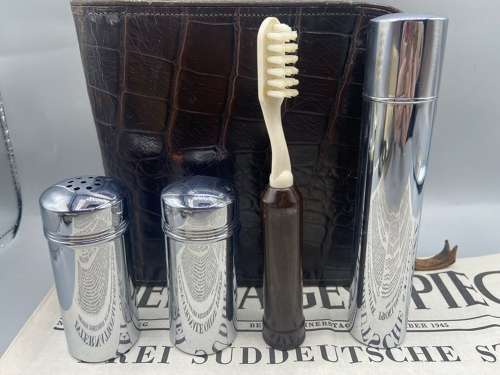 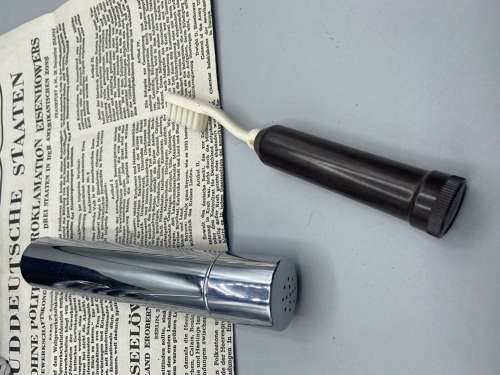 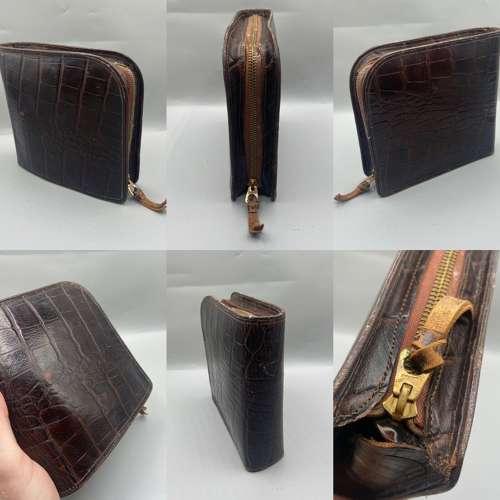 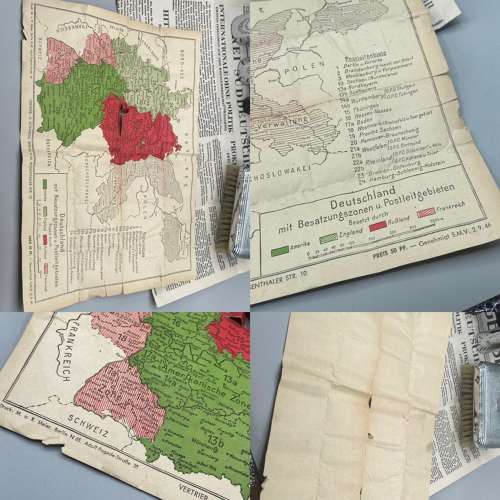 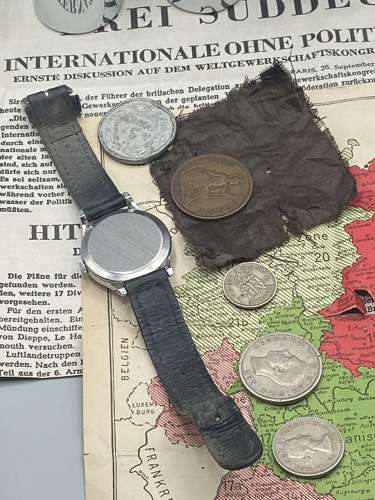 For sale for is a Early Post Ww2 German Zone Travel Escape Vanity Kit. After World War II, defeated Germany was divided into Soviet, American, British and French zones of occupation. The city of Berlin, though technically part of the Soviet zone, was also split, with the Soviets taking the eastern part of the city. After a massive Allied airlift in June 1948 foiled a Soviet attempt to blockade West Berlin, the eastern section was drawn even more tightly into the Soviet fold. Over the next 12 years, cut off from its western counterpart and basically reduced to a Soviet satellite, East Germany saw between 2.5 million and 3 million of its citizens head to West Germany in search of better opportunities. By 1961, some 1,000 East Germans—including many skilled laborers, professionals and intellectuals—were leaving every day.

In this vanity zone escape kit was all the standard vanity kit items (cylinder tins for hygiene products, a bakelite screw down tooth brush etc, also was a 1945 September zone breakdown newspaper, a 1946 detailed map zone break down, a 1940s shockproof Ingersol watch (not working sold as seen), some period currency British and French, all contained within a real crocodile leather case, items like this had to be hidden from the soviets as switching zones was not allowed, and consequently in 1961 the Berlin Wall was raised to help stop this from happening. This is a truely cracking piece of history.