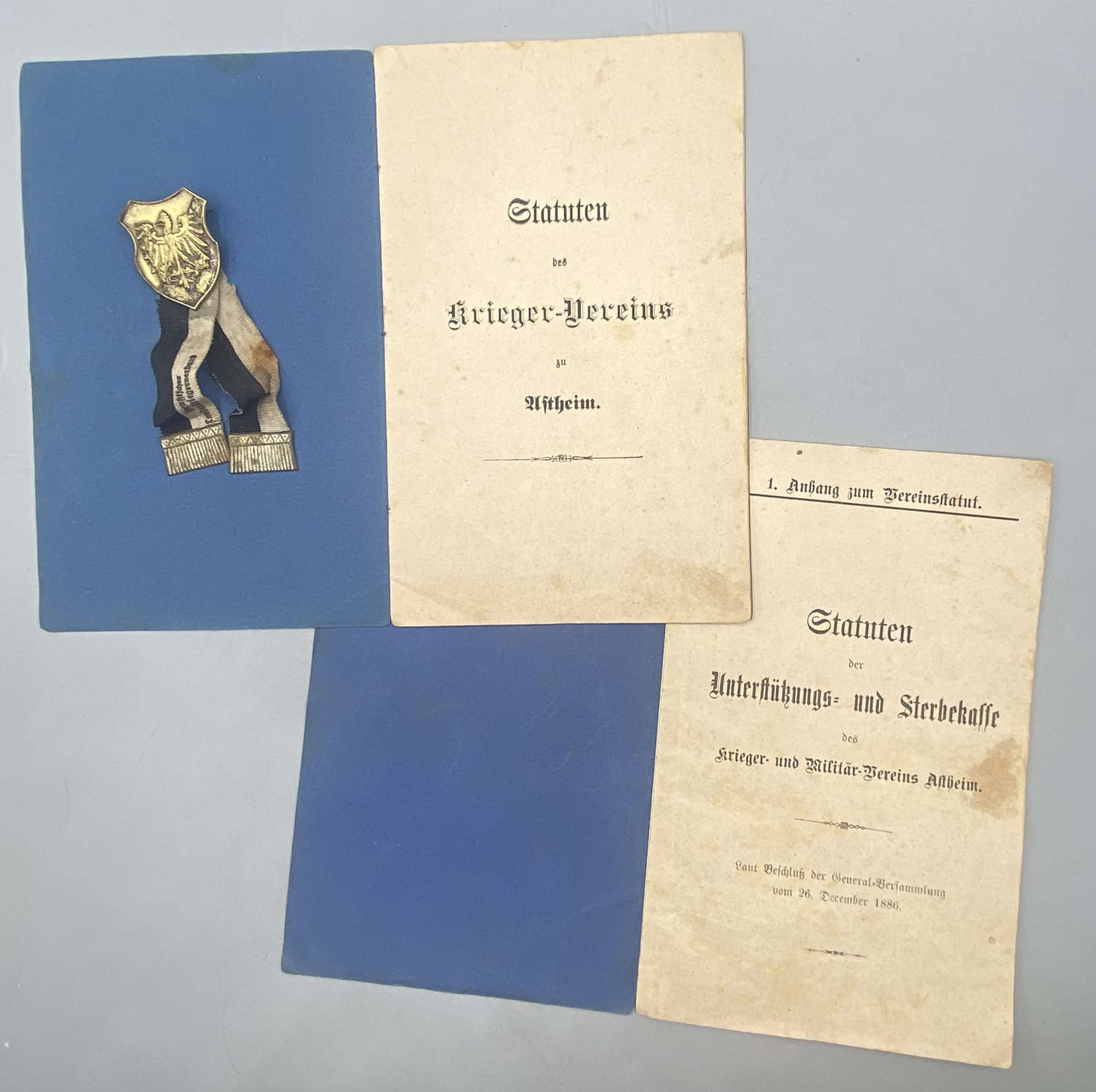 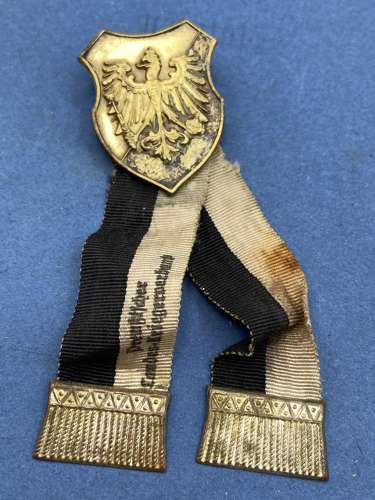 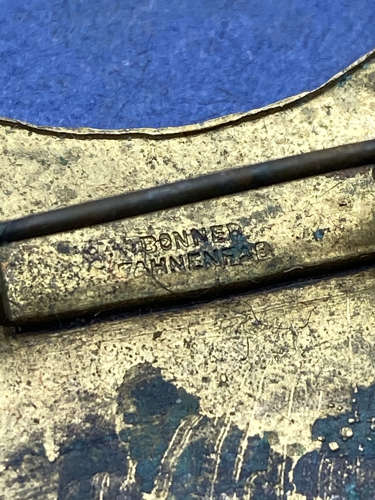 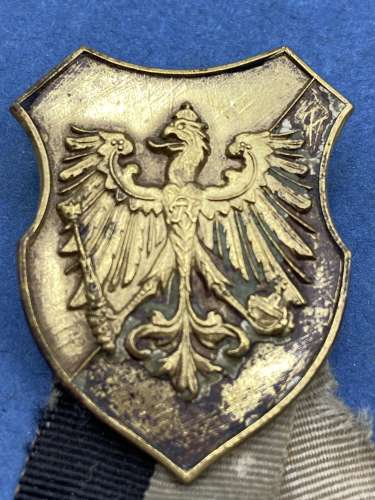 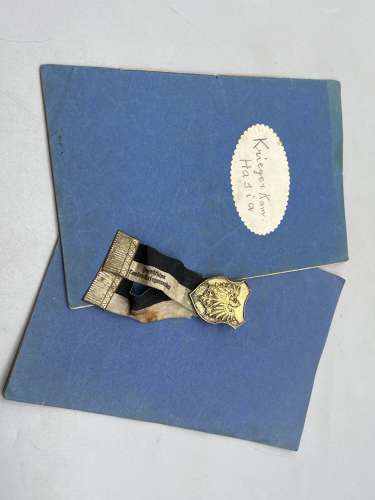 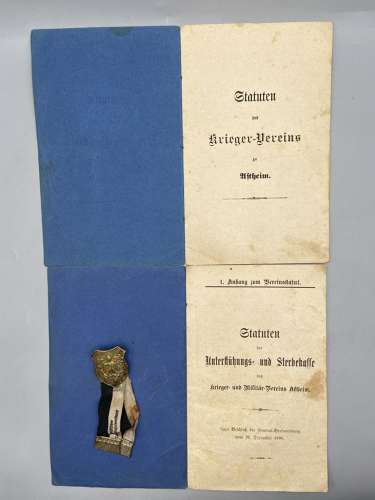 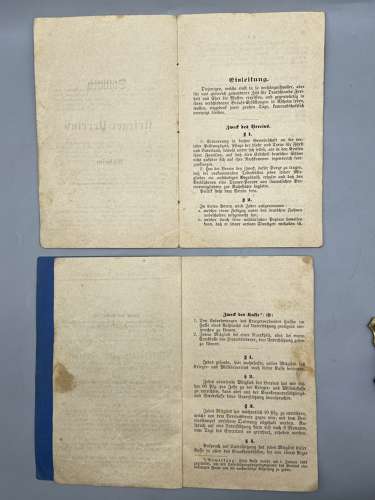 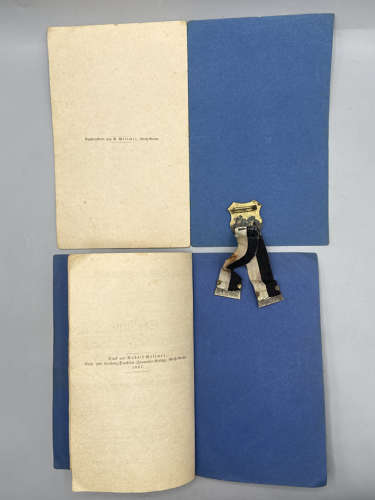 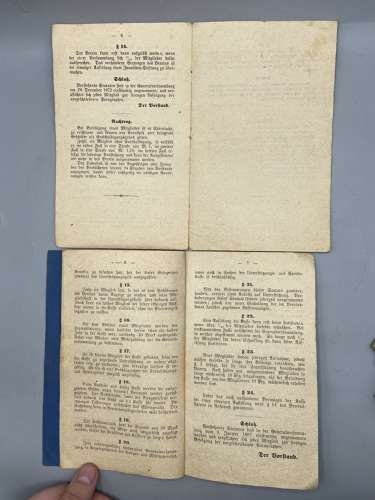 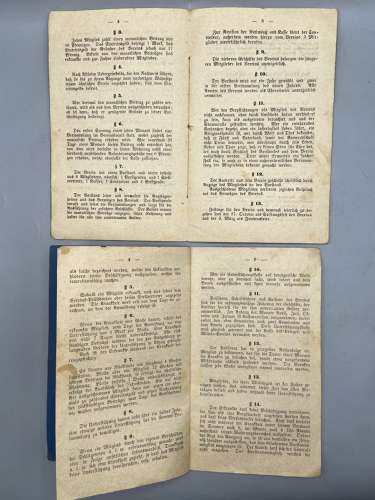 Statutes of Warrior Club to aftheim

Those who once took up arms for Germany's freedom and honor in a time that was so fateful, but which has become glorious for us, and who are currently living in Astheim in their various professional fulfillments, want to remain united as friends, remembering those great days.

purpose of the association.

1) Remembrance in joyful fellowship of the spent trial period, nurturing love and loyalty for prince and fatherland, both among themselves and in their family circles, so that this inheritance of German sons does not cease to be beneficial to their descendants supflanzenére fich on their

2) The purpose of the association is to ensure that, in the event of death, each of its members receives a decent burial and that the deceased is accompanied by a mourning parade of all association members to their resting place. Politics is far from the association.

Everyone is accepted into this association: a. who took part in a campaign under the German flag with impeccable

b. who can prove by his military papers that he is relieved of his active duty.

Each member pays a monthly fee of 10 pfennigs. The entrance fee is 1 mark, but the entrance fee for the founders of the association is only 17 pfennigs. Members who are ill and who have been called to the flag are exempt from the monthly dues.

People who have moved to Astheim and who can prove that they belonged to a similar association before they left their previous residence are exempt from the entrance fee.

Anyone who fails to pay the monthly fee three times is considered to have left the association; unless he adduces sufficient reasons for his apology.

On the first Sunday of each month, a meeting takes place in the club's premises, and the monthly fee is collected at the same time. Anyone who has not paid this contribution within 20 days of a month will be charged the same amount in their apartment together with a resulting request fee of 6 Pfennigs, which will also go to the cash register.

The association has a board of directors and this consists of 6 members, namely: 1 chairman and 1 deputy, 1 treasurer, 1 controller and 2 assessors.

The board directs and manages the affairs and assets of the association. The chairman convenes and chairs the meetings and sees to it that the resolutions passed are implemented. The treasurer accepts the monthly contributions, keeps accounts and is liable for all funds entrusted to him.

The con troleur serves to revise the speech and sentence; members appointed quarterly.

The Board of Directors is elected for a year at the first meeting of the new year. Offices of the association are administered free of charge as honorary offices. All

Anyone who does not meet their obligations as a member of the association without being prevented by circumstances can be considered as having resigned and removed from the regular role. Anyone who commits a dishonorable crime, or leads a life of depravity, is a mocker of religion, who proclaims through word and deed that he is not loyal to prince and fatherland, as well as to his comradeship, whoever shows through his life, words and actions that he has no has a sense of honor must be expelled from the association by resolution of the board of directors. If such a case occurs, it must be announced to the members at an extraordinary meeting.

The member withdraws from the association in writing by notifying the board of directors. Resigned members lose any claim to the assets of the association.

The association can only be dissolved if 10 of the members speak out in favor of it at a meeting. In the event of dissolution, the existing assets of the association are to be transferred to an invalid foundation.

The existing statutes were unanimously approved at the general meeting on December 29, 1872, and committed each member to the strict observance of the prescribed paragraphs.

Attending the funeral of a member is a matter of honor and only illness or urgent business can be excused.

In the event of death, the relatives or friends of the deceased must notify the board of directors within 24 hours so that the board can make the necessary arrangements in good time.

1. Appendix to the Constitution.

statutes the Support and death coffee of

According to the resolution of the General Assembly of December 26, 1886.

Purpose of the coffee*) ift:

1. Satisfactorily meet the requirements of the Hafsia Warriors Association in the event of a claim for assistance to be able to speak. 2. To be able to give every member support in the event of illness or the bereaved in the event of a death. Every healthy, resident, active member of the Warrior and Military Union must join this road. As before, each absent member of the association has to pay 60 pfennigs per year to the warrior and military fund, but can from the sick support fund and death fund claim no support. Each member has 10 pigs per month. to be paid, which will be picked up by the club servant against a receipt stamped with the club. Claims for support can only be made after 6 months, calculated from the day of entry. Every member of this fund is entitled to support in all cases of illness prescribed by a doctor *) Note: This fund was founded on January 1, 1887 in order to give the association's support affairs a specific form and the necessary regulation.

are referred to as those which prevent the sick person from pursuing his or her employment, thus making him unable to work.

As soon as a member falls ill, this must be reported immediately to the association president or his deputy. The illness is only counted from the day on which the registration was made.

If the illness lasts a week, the sick member will receive support of 3 Marks per week from the day of registration. of less than 7 days is not taken into account. permanent contributions will be deducted from the support funds paid out. The sick person is also liable to pay contributions during the illness.

Only backlogs of no more than 4 weeks can take place. However, if a member is 12 weeks in arrears with a contribution, a written reminder will be issued. If the same 1 week is not taken into account, the person in question will be excluded. A member who has left the association in this way can only be reinstated from the day of departure for an admission fee to be paid once more and for additional payment of the arrears.

The support does not last longer than half a year; any further support must be approved by the General Assembly.

If a member is made unable to work through his own fault, in fights, etc., or as a result of immoral lifestyle, drunkenness, etc. f. contracting an illness, the member may not claim any support, resp. receive.

Anyone who uses the support coffee in a fraudulent manner, or seeks to use it, will be immediately excluded from the association and can never be admitted again.

The president, secretary and clerk of the association are responsible for the proper conduct of business, and the cashier is responsible for the funds entrusted to him. In the beginning of the months of April, July, Ok. Coffee revision is to be carried out between October and January, whereby two comrades from the club are to be called in in addition to the above-mentioned ones. This support coffee must be managed entirely separately from the warrior and military treasury.

The president has to appoint a member in a regular order who has to visit the sick for a period of one month, so that any abuse found can be punished immediately. The patients must be checked at least once a week.

The sick person may not engage in any employment which can be regarded as professional work, and may not visit inns. Also, during the illness, the same person may not be outside of his or her living area under any pretext in the summer after 9 p.m. or in the winter after 4 p.m. If the doctor orders the exit, the same must issue a certificate of this, which must be presented to the visiting board member. The crane may not withdraw from the controls. The board member who

Sickness has to pay out the alcohol support money each time.

If a member moves away, they must notify the president of the association and their membership in the support coffeehouse will end; however, such a member could re-enter the squadron at his eventual competitor without having to pay an entrance fee.

If a member dies, the surviving dependents will be paid a provisional sum of 10 marks if the member has already been in the treasury for half a year. However, the General has a minority or majority. to determine the meeting.

A member of the fund is permitted to assign his support to be assigned to others or to to sell; any such assignment is void. Likewise is a confiscation of support. and death benefits entirely inadmissible.

When you leave this fund, the money paid out will be returned under any pretext. The exiting, as well as the evicted person loses his right at the cash register forever. The court of honor decides on any differences. Legal recourse cannot be taken in association matters.

The cash reserve may not exceed the sum of 50 marks, any excess must be invested with interest, which the president and cashier are responsible for.

Any duly convened general assembly, in matters of the warrior and military association,

fowie also in matters of support and death. Staff is quorate.

New members can be admitted at any time, but they must pay their dues as long as § 3 states, until they can claim support. Also, new members have 10 Pig weekly for so long. to contribute than when the fund was founded, 10 pfennigs were raised weekly from the members.

Section 14 of the association's statutes will apply to the remaining assets of the fund in the event of a possible dissolution.

The above statutes were unanimously approved at the General Assembly on January 9, 1887 and each member undertakes to strictly follow the prescribed paragraphs.

This will be dispatched via Royal Mail 1st class signed for and dispatched within 2-3 working days. The photographs make part of the description. Please do not be put of by the low feedback score, I aim to bring you the best service with the best quality antiques and militaria on the market.