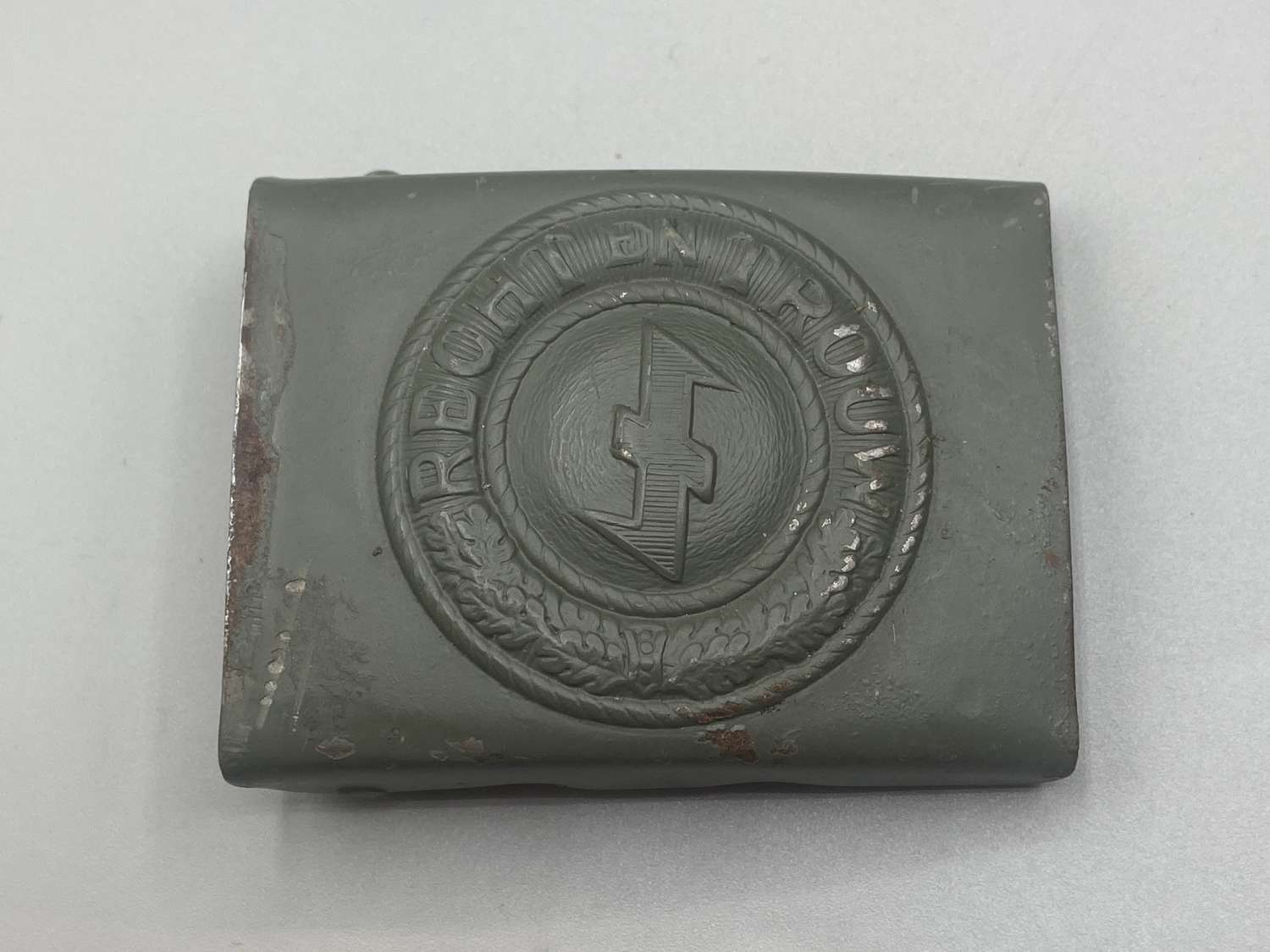 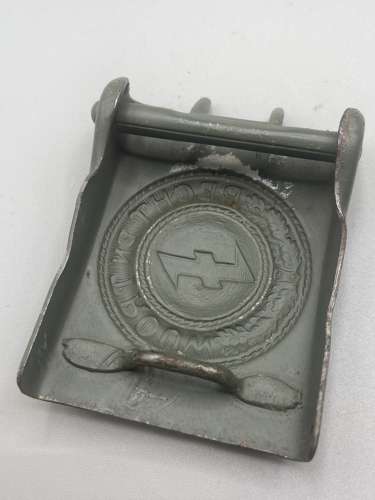 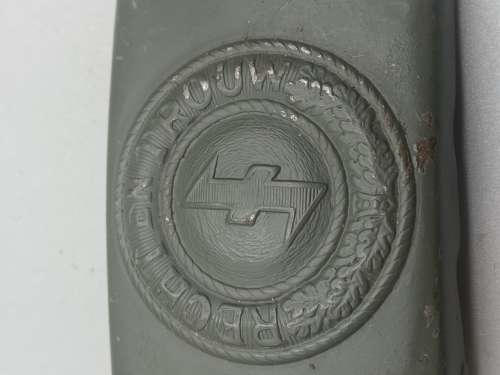 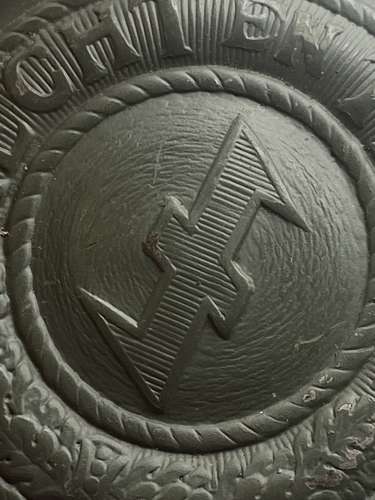 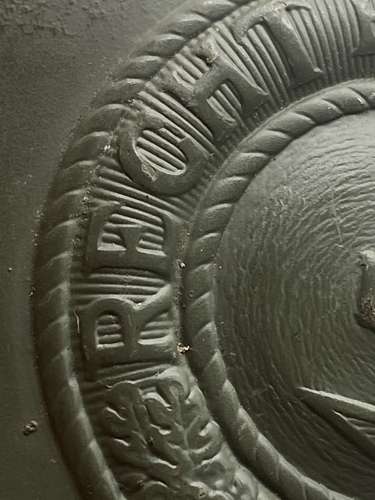 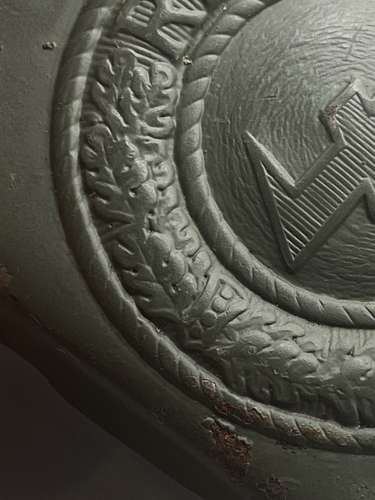 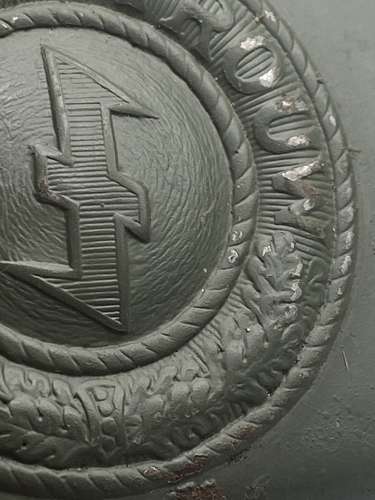 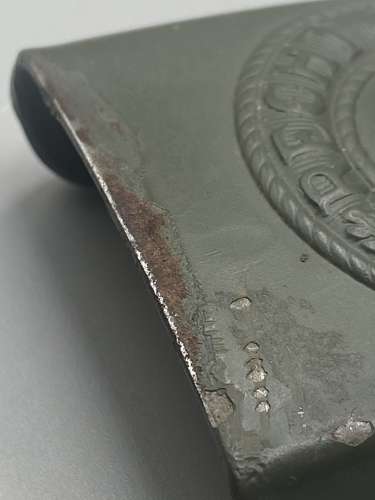 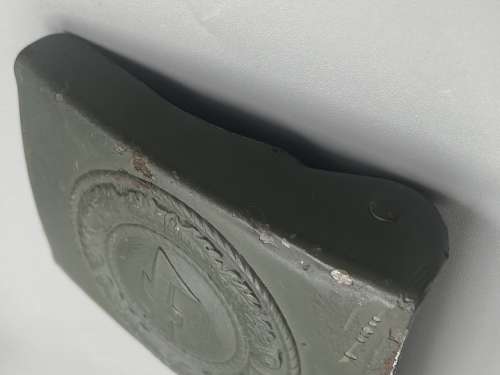 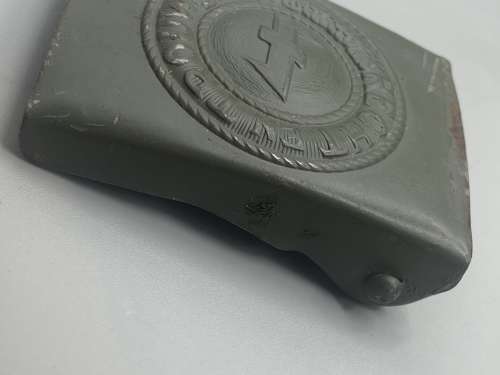 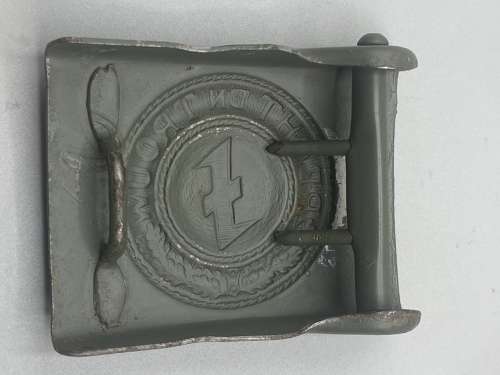 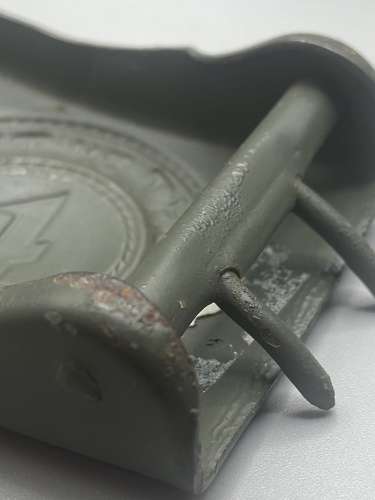 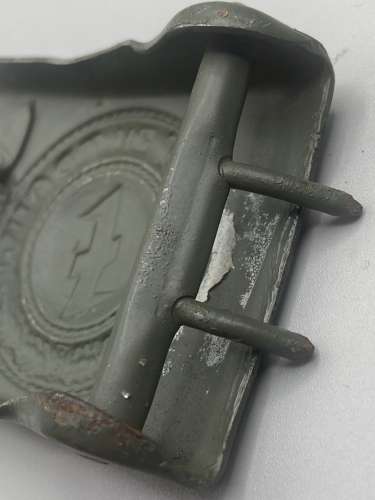 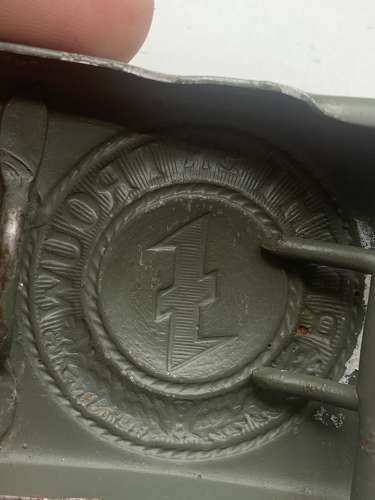 For sale is a Rare original WW2 Dutch SS Foreign Volunteers Belt Buckle. This belt buckle has the ‘Wolf Hook’ emblem to the centre within a circle. Running around the circle is the text, ‘RECHT EN TROUWE’ (Law & Faith), within a twisted rope border. To the base of the text is a spray of oak-leaves.

The Wolf Hook emblem was the symbol of the Dutch Nazi collaborationist movement headed by Anton Mussert. The NSB were entirely uniformed and included various para-military groups and militias, as well as youth and women’s sections, echoing the Nazi organisations of Germany. Excluding the ‘Freiwilligen Legion Niederlande’ of the Waffen-SS, the ‘Germaansche-SS en Nederland’, and ‘Landstorm Nederland’, the type of belt buckle described above was used by all non-commissioned ranks of the NSB and members of the Flemish VNV.

This buckle is in mostly good condition, unfortunately there are signs of wear to the paint, and rust marks, please see photographs for more details. This is guaranteed original or money back. This will be sent via special delivery, insured and dispatched within two to three working day's.