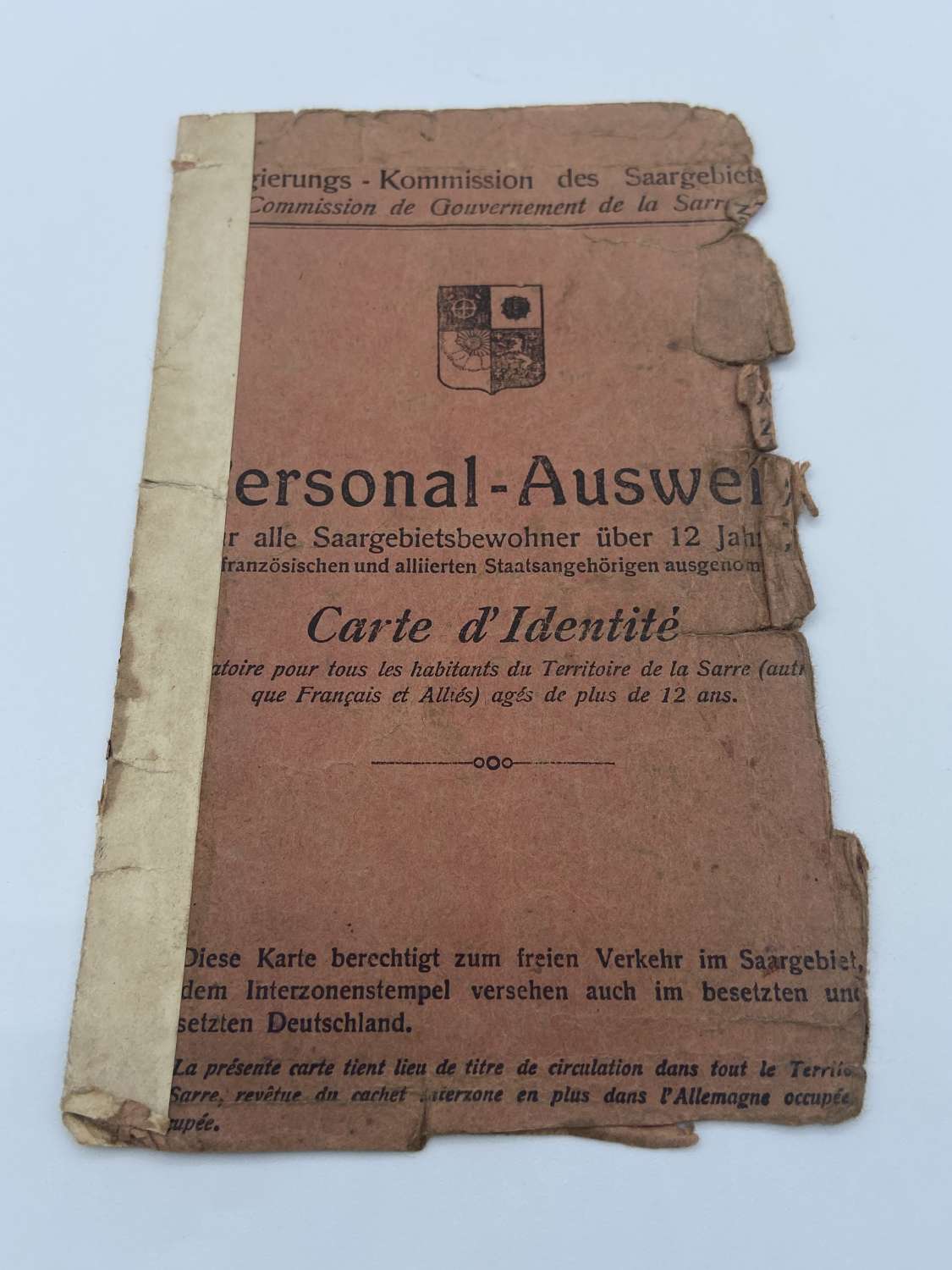 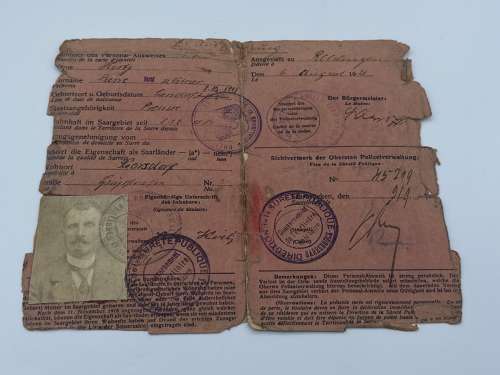 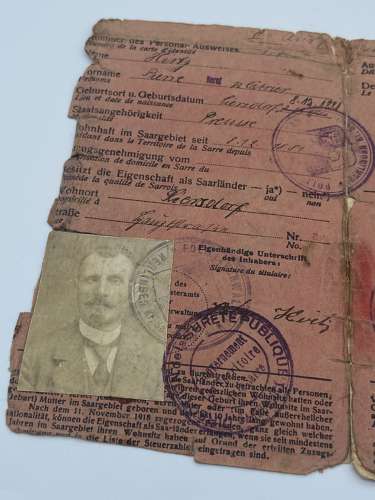 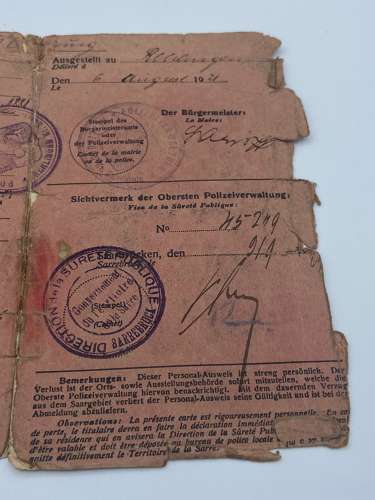 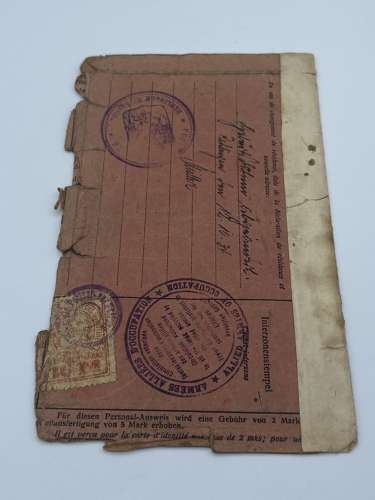 £65.00 Approx $81.15, €76.92, £65
(1 in stock)
Qty
For sale is a Rare WW1 German Ausweiss (ID) For British Occupied Saar. This document was issued to government people only (regierungs kommission des saargebietd commisdion de gouvernement de la saar or in English government commission of the saar region commission de gouvernement de la saar).
Under the Treaty of Versailles, the highly industrialized Saar Basin, including the Saar Coal District (German: Saarrevier), was occupied and governed by the United Kingdom and France under a League of Nations mandate for a period of fifteen years. Its coalfields were also to be ceded to France. This ausweiss is to Kurtz pierie, born 08.12.1881 and born in Prussia. And this ausweiss is dated 6th august 1921 which contains photo Id. Which is also hand signed by the mayor of the Saar.
This is a great early piece with both french and British stamps on, incredibly rare piece with very little surviving, this being said I’ve never seen this issue of government ausweiss before! The condition can be seen in the photos, pretty worn but all still in one piece! Guaranteed original or money back guaranteed. This will be sent 1st class signed for and dispatched within two to three working day’s.