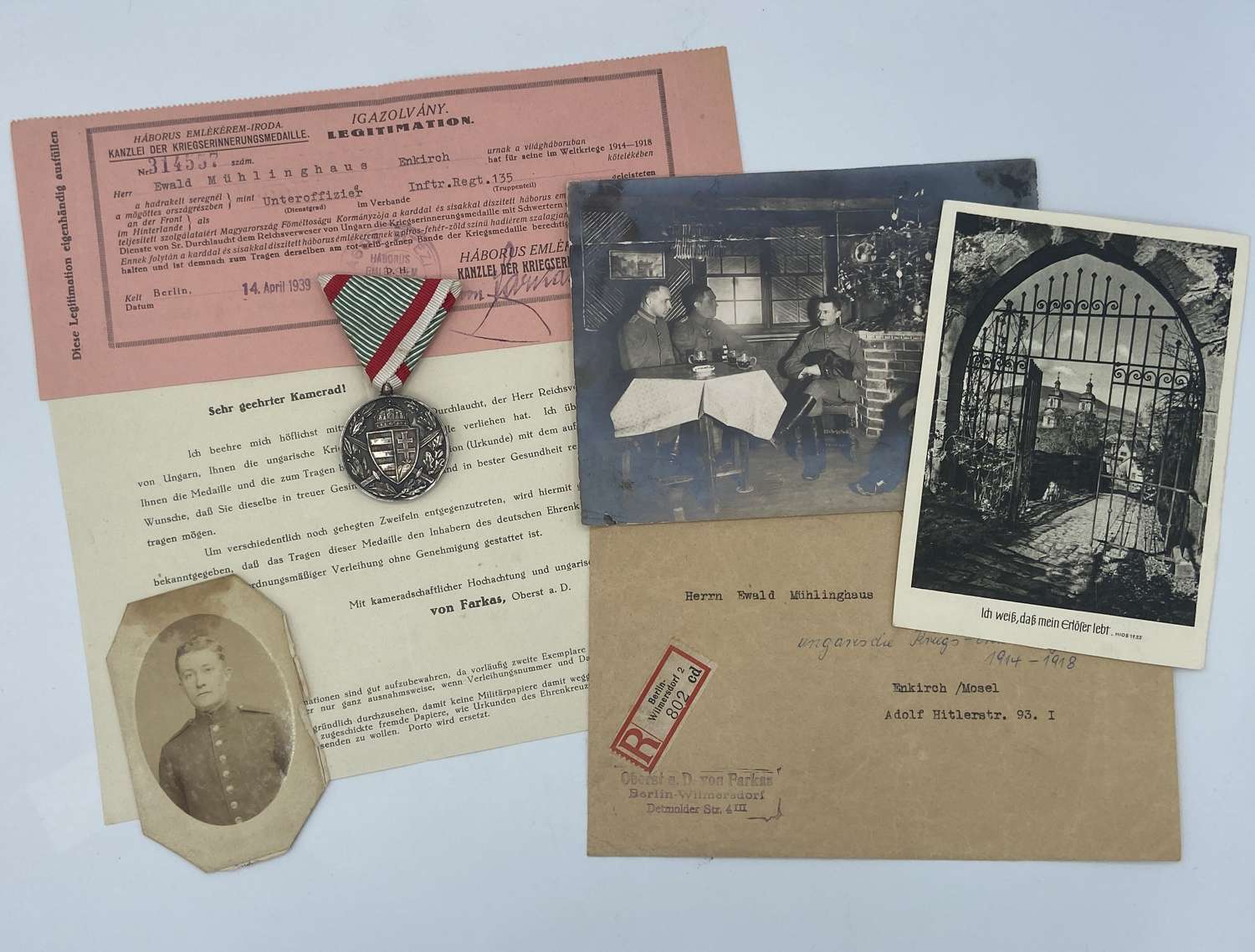 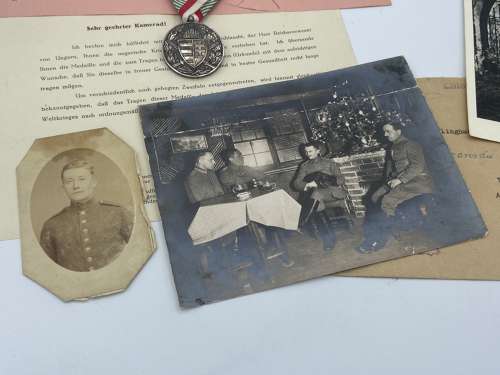 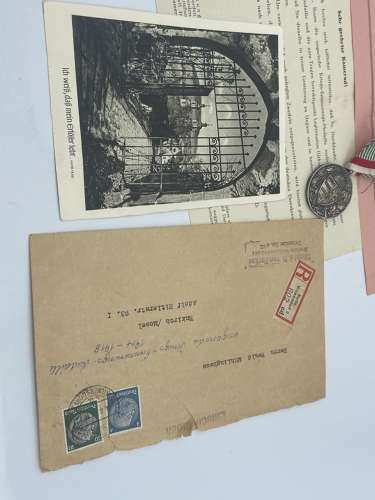 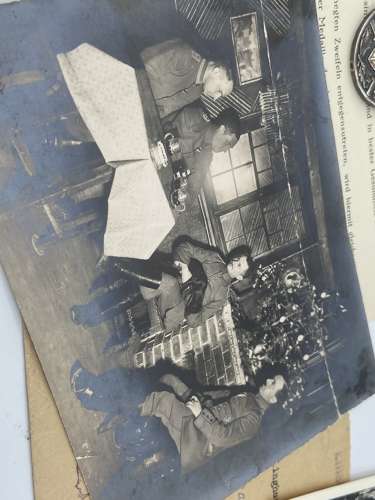 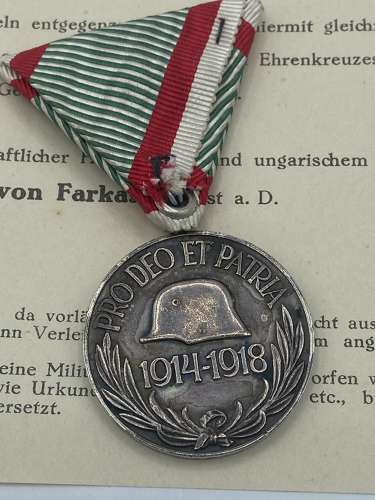 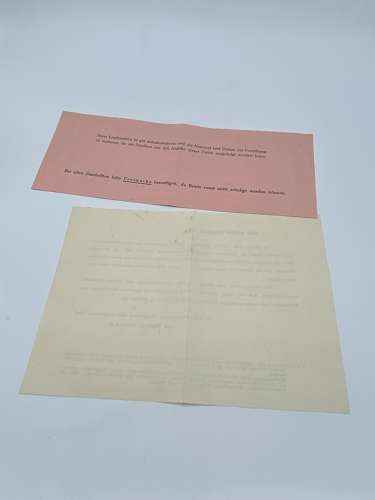 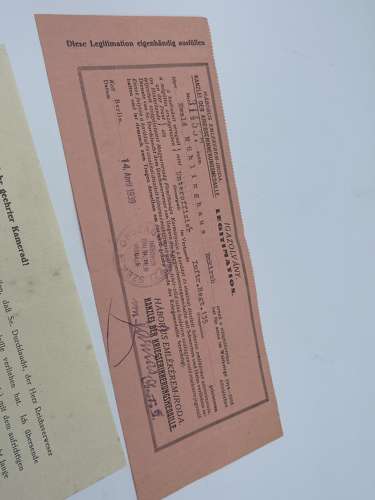 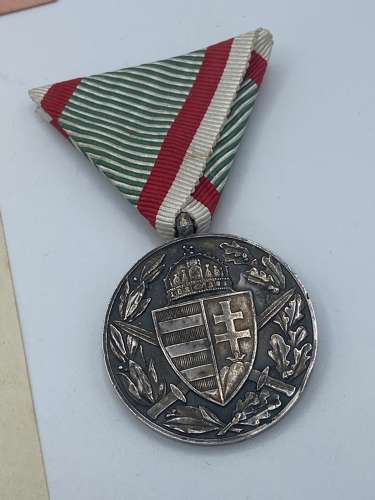 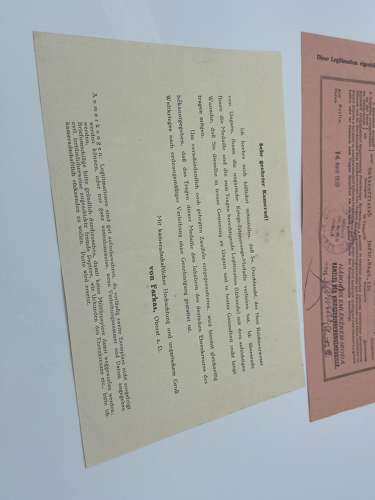 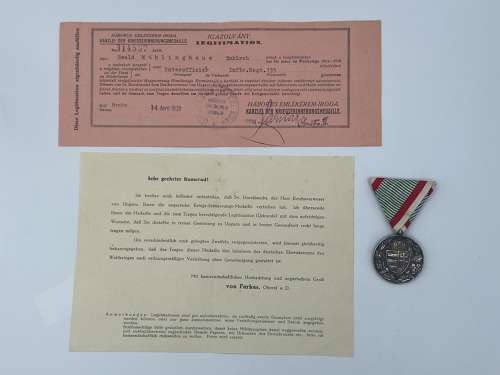 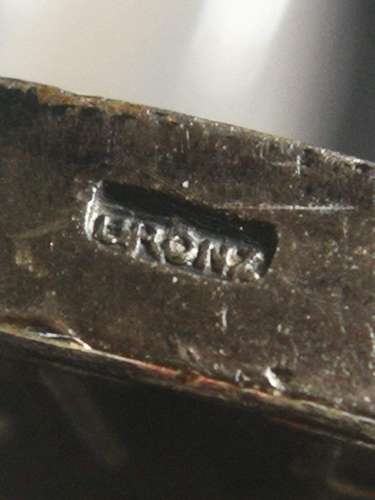 For sale is a WW1 Hungarian Commemorative Medal marked Bronz on the rim with the supporting paperwork & certificate & photos. The grouping is to a non commissioned officer of infantry regiment 135 to Ewald Muhlinghaus Enkrich, issued in berlin 1939.

and Country). For combatants.

Award for the participation in the Great War.

This is the rarest version of the combatants medal,

marked "Bronze" on the rim.

Paperwork included: portrait photograph of Ewald Muhlinghaus, a group officer photograph At Christmas, an envolope for the certificates addressed to Herrn Muhlinghaus of Enkirch/ Mosel Adolf-Hitlerstr 93 I, a mittenberg German religious postcard titled I know that my redeemer lives, Hungarian pink reminded slip about commemorative Hungarian medal, and a white paper stating” Dear comrade! I politely have the honor to inform you that Se. Your Highness, the Imperial Administrator of Hungary, has awarded you the Hungarian War Memorial Medal. I am sending you the medal and the legitimation (certificate) that entitles you to wear it with the sincere wish that you may wear it for a long time in good health and faithful to Hungary. In order to counter doubts that are still cherished on various occasions, it is hereby announced at the same time that the holders of the German Cross of Honor of the World War are permitted to wear this medal after it has been properly awarded without permission. With comradely respect and Hungarian greetings from Farkas, Colonel a. D. Notes: Legitimations are to be kept in a safe place, as second copies cannot be handed out for the time being, or only in exceptional cases if the award number and date are given. Please look through envelopes carefully so that no military papers are thrown away with them; Any papers sent by someone else by mistake, such as certificates of the Cross of Honor etc., I ask to want to return in a friendly manner. Postage will be replaced.” This is a great little set! This is guaranteed original or money back guaranteed. These will be sent via 1st class signed for and dispatched within two to three working day’s.

This is guaranteed original or money back guaranteed. These will be sent via special delivery and dispatched within two to three working day’s.