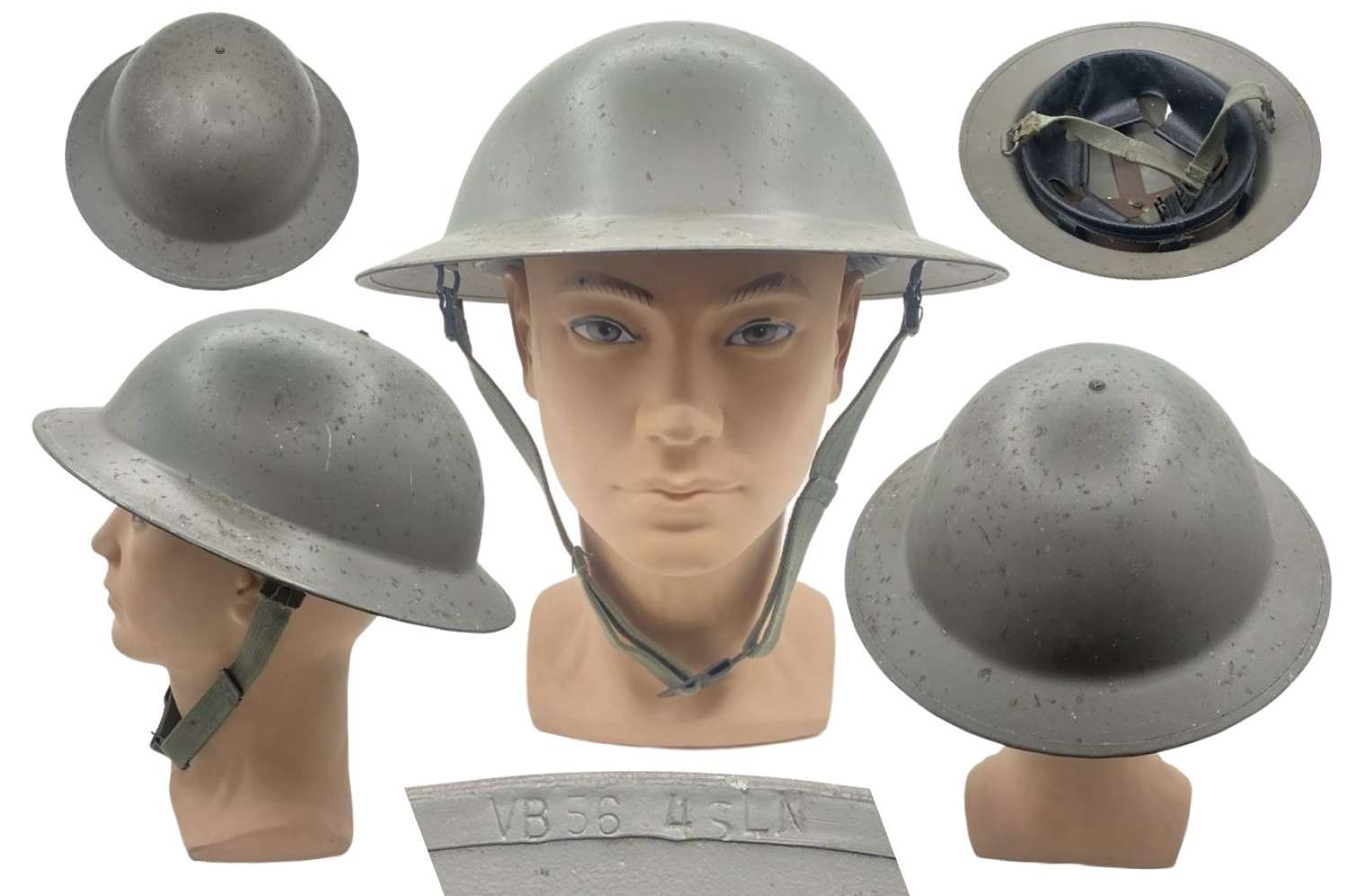 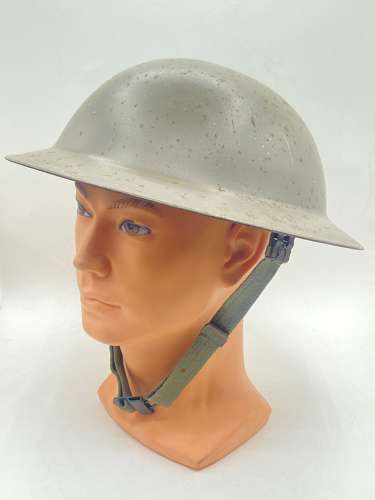 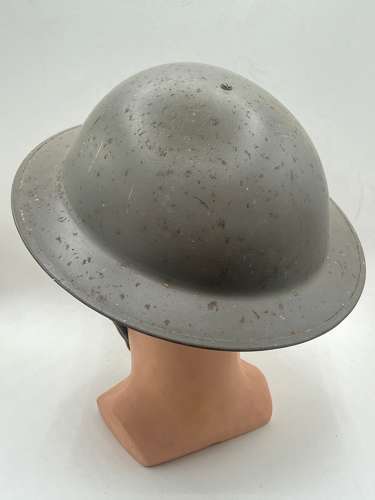 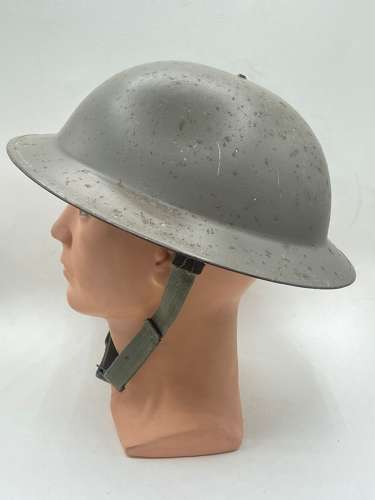 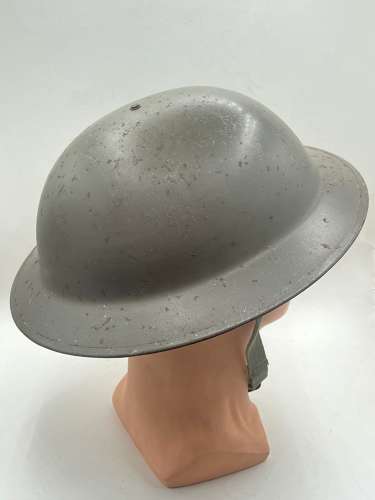 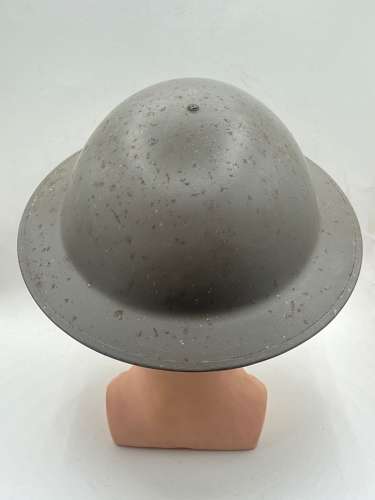 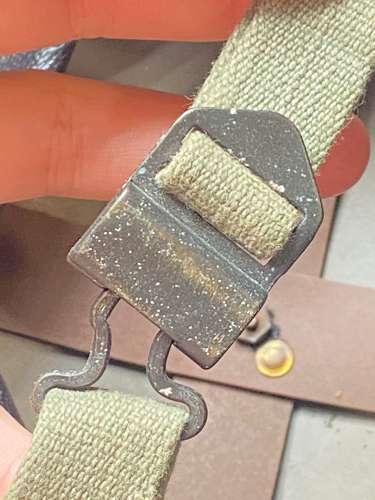 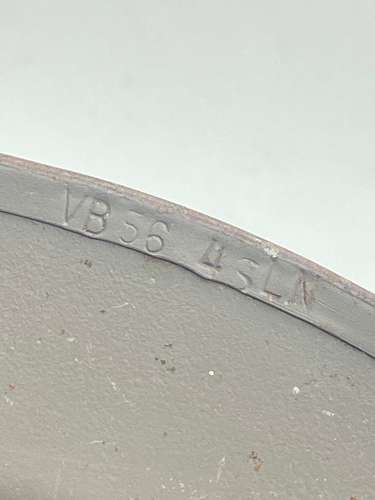 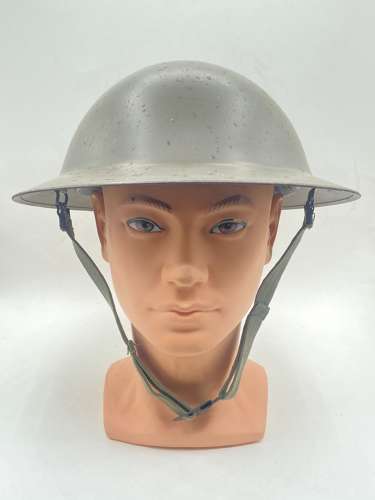 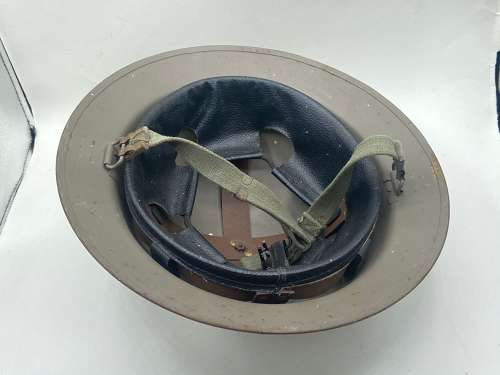 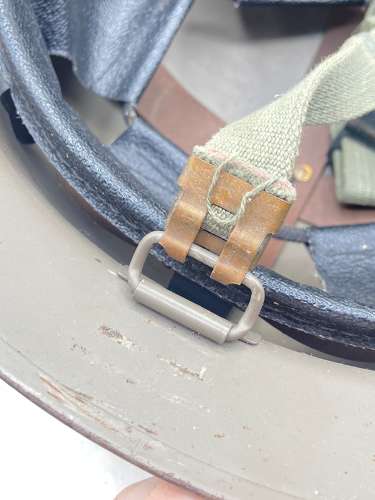 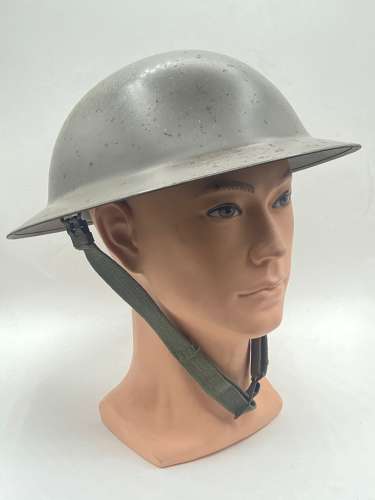 This is a Mk. II ‘Brodie’ helmet. The Mk.II was produced for a short period by VerBliFa; Verenigde Blikfabrieken (United Tin Factories) in the Neatherlands. This factory produced helmets before and after the Second World War. During the Second World War, Dutch troops stationed in the UK received British &amp; Canadian equipment. The post war army was modeled after the British Army. These helmets were phased out during the late fifties and relegated to CD (Civil Defense) use. The shell is painted the distinct gray-green/brown color. VerBliFa marked the helmets on the rim with VB 56 and a steel batch number. This one is stamped: 'VB564SLN' . The stamp indicates approval by the ministry of defense. "Goedgekeurd D.M.L.. The rim is evenly butted together, verses being overlapped in the original British versions. The original Dutch leather liner and quick-release canvas chinstrap are mounted in this helmet. The liner is retained in the dome with brass hardware. The welded-on swivel bales are very similiar of those used on the US M1 helmets.
Helmet is in brilliant condition, The photographs make up part of the description, I will describe the item the best I can and to the best of my knowledge. As the buyer please view the photos carefully before purchasing. Guaranteed original or money back. This will be sent via 1st class signed for if the value is under £60 and anything over will be sent via express 48 Parcelforce or Royal Mail special delivery and dispatched within two to three working day’s. Also happy to post world wide.