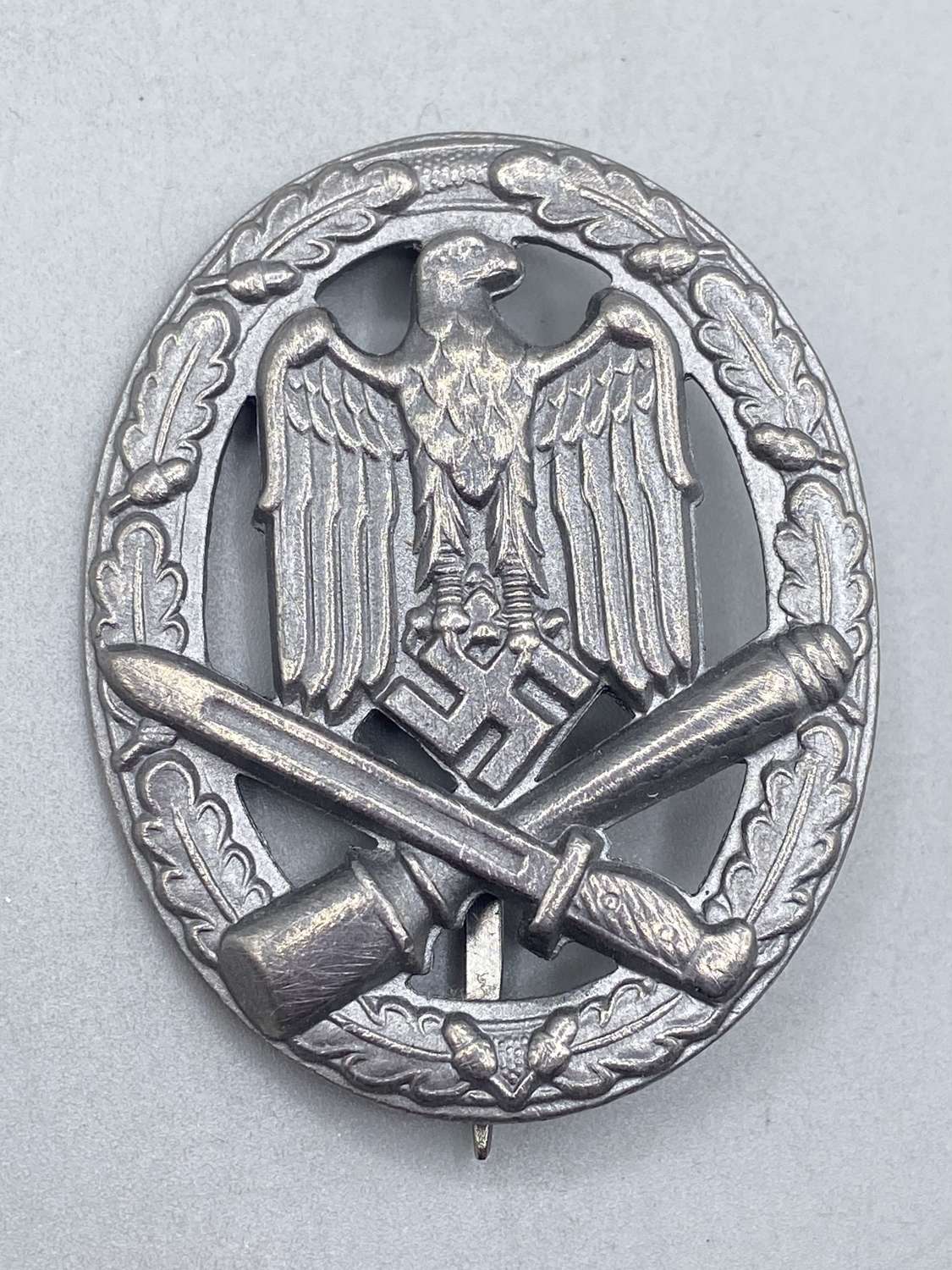 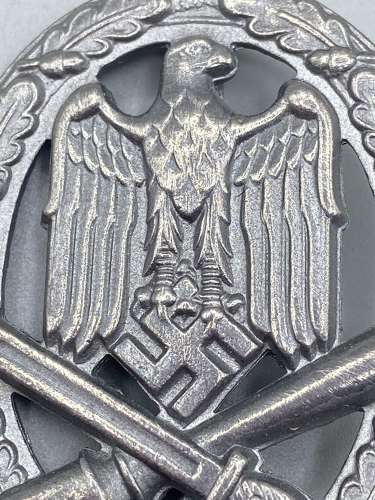 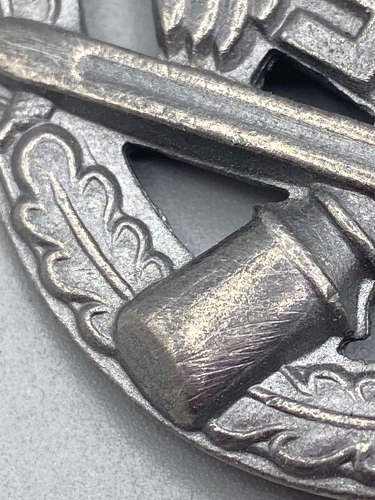 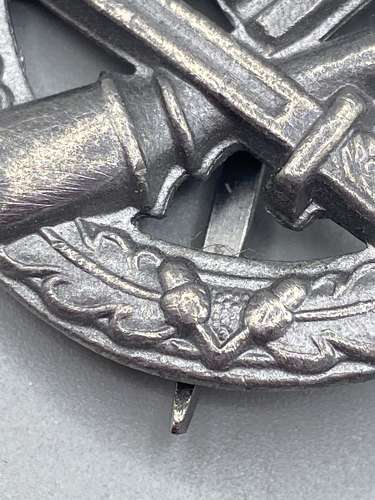 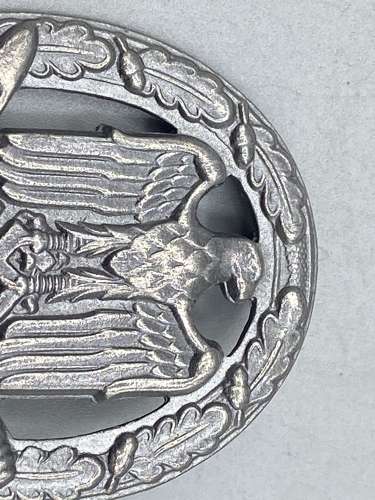 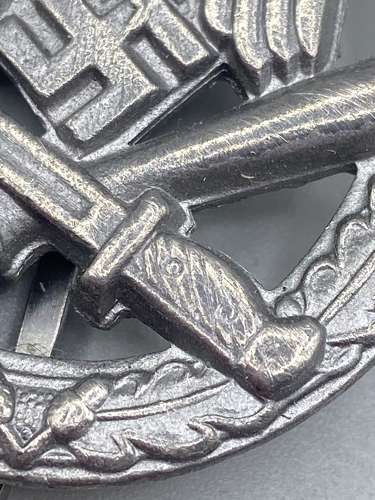 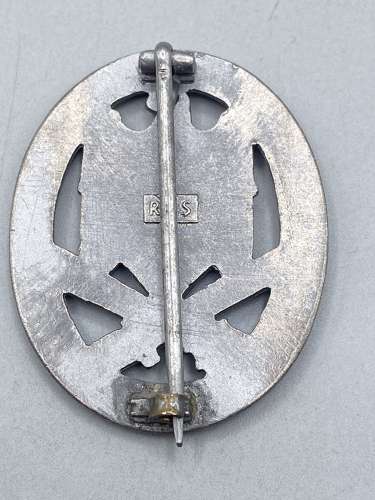 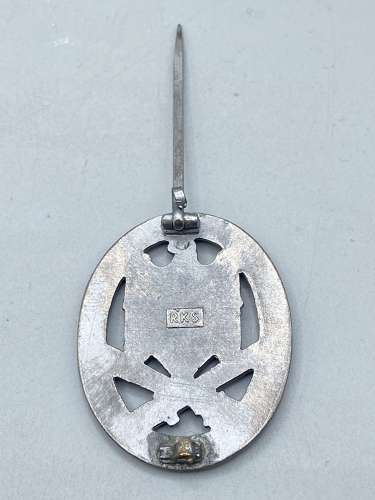 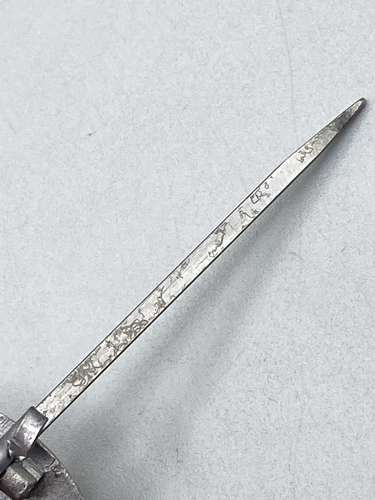 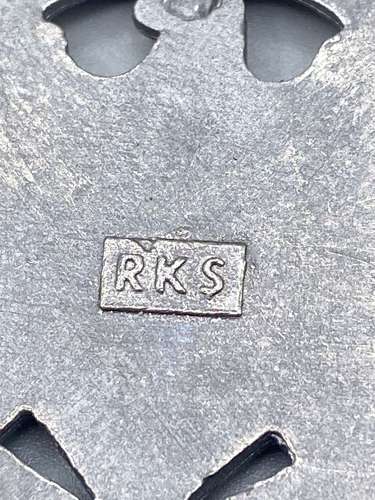 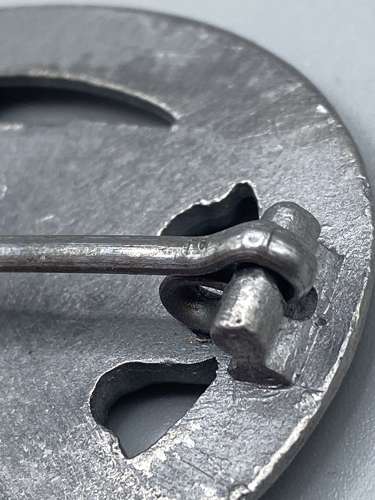 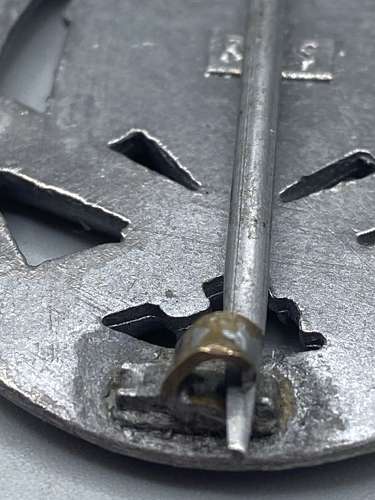 For sale is a rare Ww2 german general assault badge maker marked on the reverse RKS. The General Assault Badge (German: Allgemeines Sturmabzeichen) was a military decoration awarded during World War II to personnel of the German Army, Waffen-SS and Ordnungspolizei (order police) who supported an infantry attack but were not part of specific infantry units and therefore did not qualify for the Infantry Assault Badge. It was instituted by General Walther von Brauchitsch on 1 June 1940. In good condition, this will be dispatched within 2-3 working days and sent via Royal Mail.