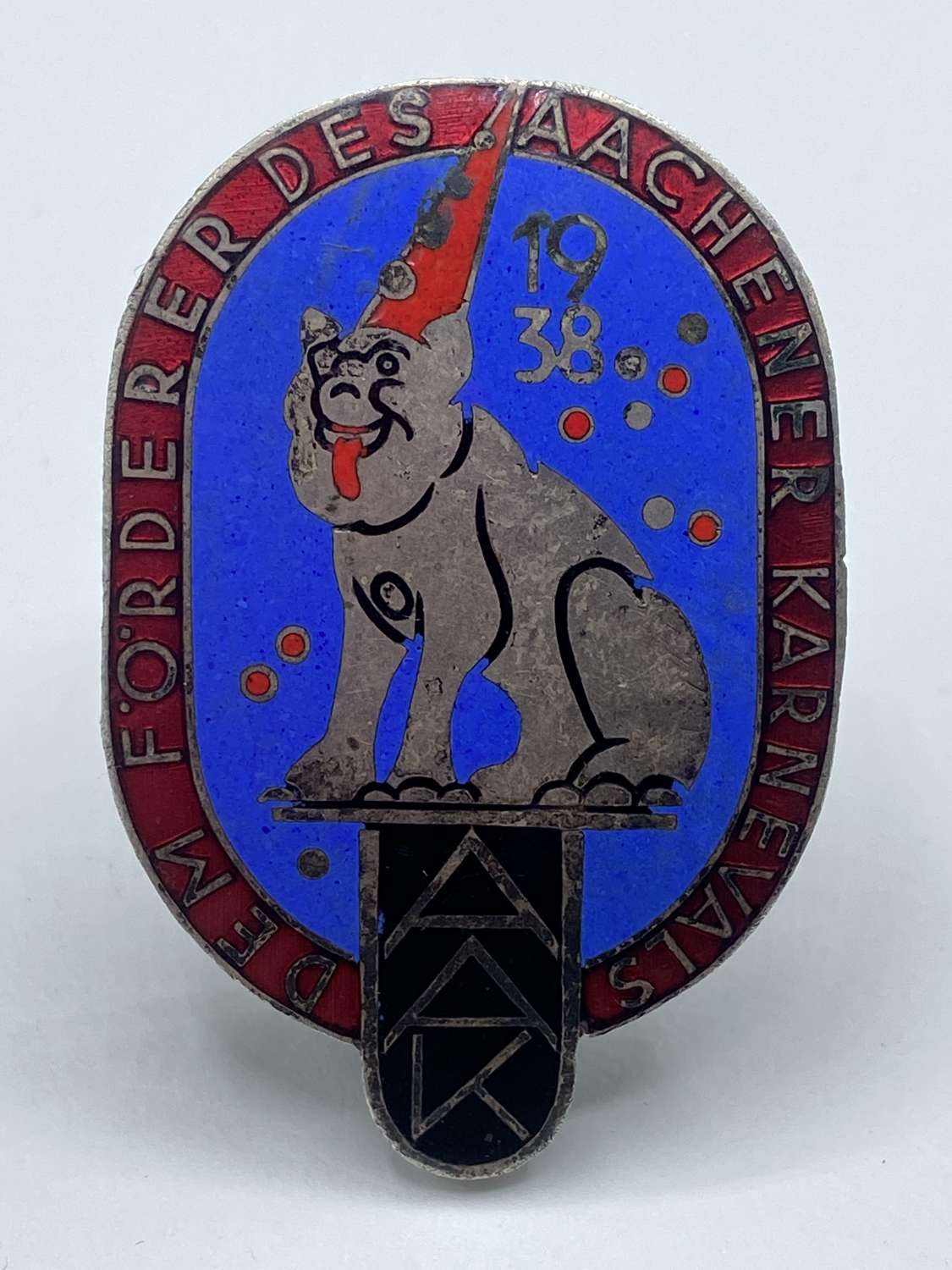 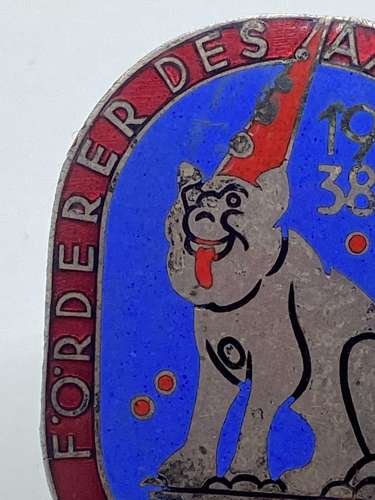 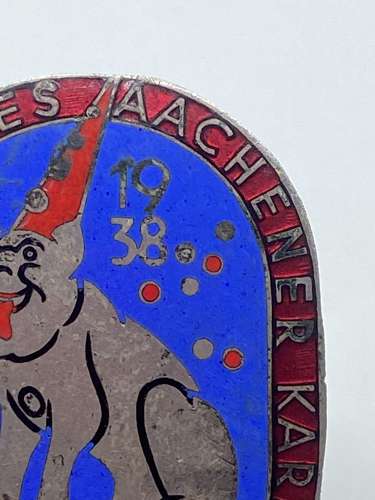 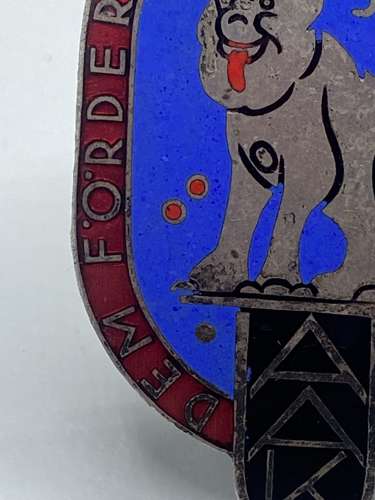 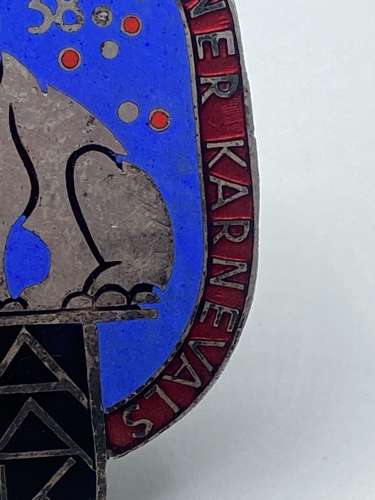 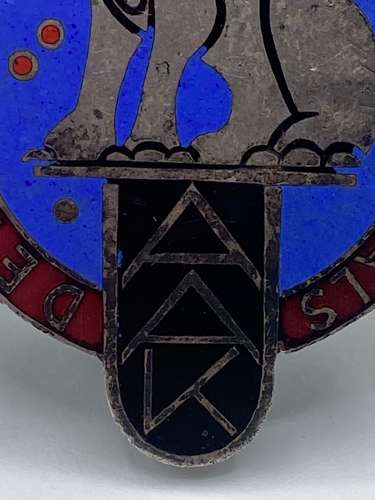 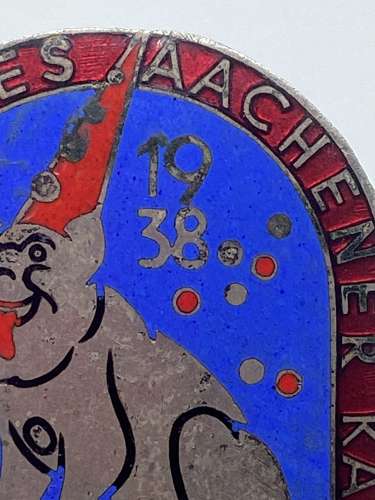 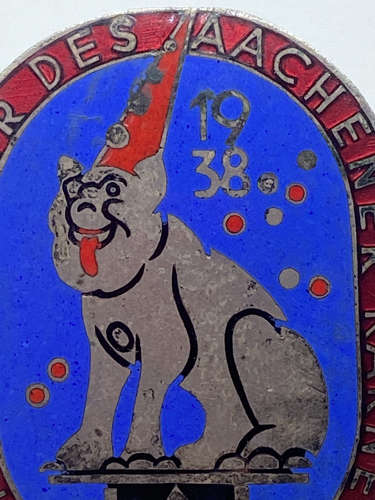 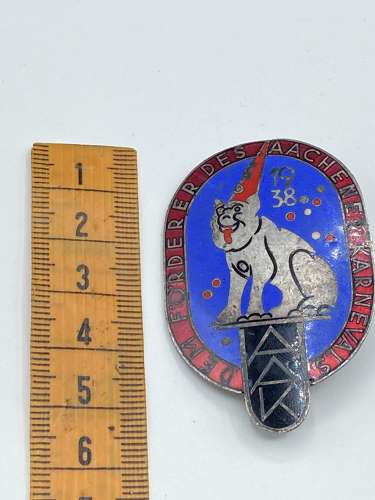 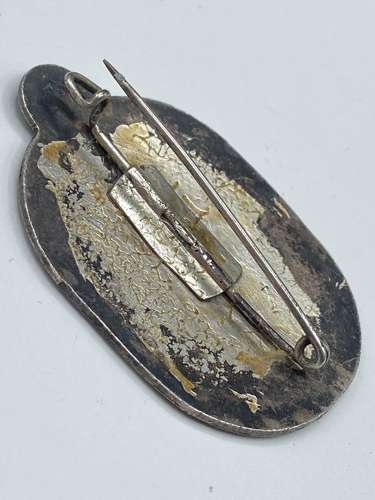 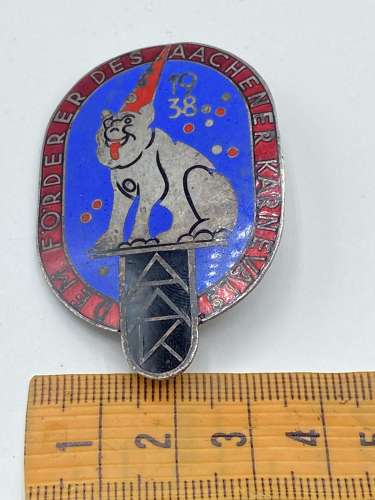 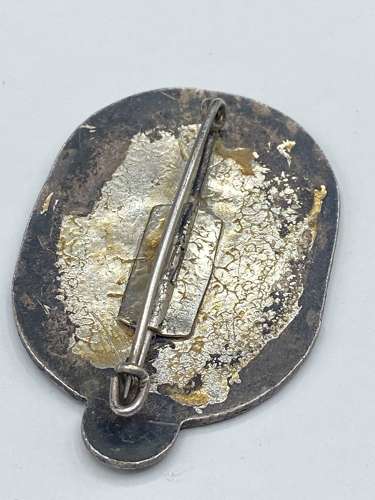 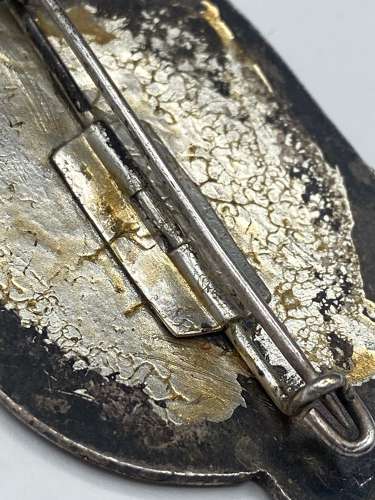 For sale is a very rare WW2 German 1938 Ausschuss Aachener Karneval AAK Badge. The badge states “dem förderer des aachener karnevals aak 1938” which translates to “the sponsor of the aachen carnival aak 1938”. This badge is made from silver & enamel and is in good condition, with all enamel present , however I believe the pin has been replaced. This badge measures 3.5cm width x 5.5cm height. This is an incredibly rare badge, with very little ever issued!

History of the Aachen carnival:

The FestAusschuss Aachener Karneval e.V., a short AAK, is the umbrella organization of all Aachen carnival clubs and the highest body of the Aachen Carnival.

On the 12th February 1829, the Carnival Association Florresei was founded in the then new Aachen City Theater with the participation of the mayor Edmund Emundts and a "steadly number of honorable men" by the judicial officer Clemens August Hecker and a Carnevals-Comitée, the later Elferrat, with the permission of Aachen police director Friedrich Joseph Freiherr von Coels von der Brügghen. The purpose of the founding of the association, which was approved by the police according to the requirements at the time, was the order and regulation of the Aachen carnival bustle. 30 years later, in 1859, a group separated from the Florresei and founded the Aachen Carnival Association (AKV), today's largest carnival club in the Rhenish carnival stronghold of Aachen, which is known nationwide mainly for its annual award of the Order against animal seriousness and still sees the old floreei as a "mother" today.

Königstein also stimulated the tradition of the Aachen children's carnival. In 1937, his idea of a costumed children's parade was implemented for the first time, which was not only new in Aachen, but in Germany at all, and today is just as much an integral part of Aachen's carnival customs, as the annual proclamation of the Aachen fairytale prince.

There is a great clip on YouTube of this event in 1938,