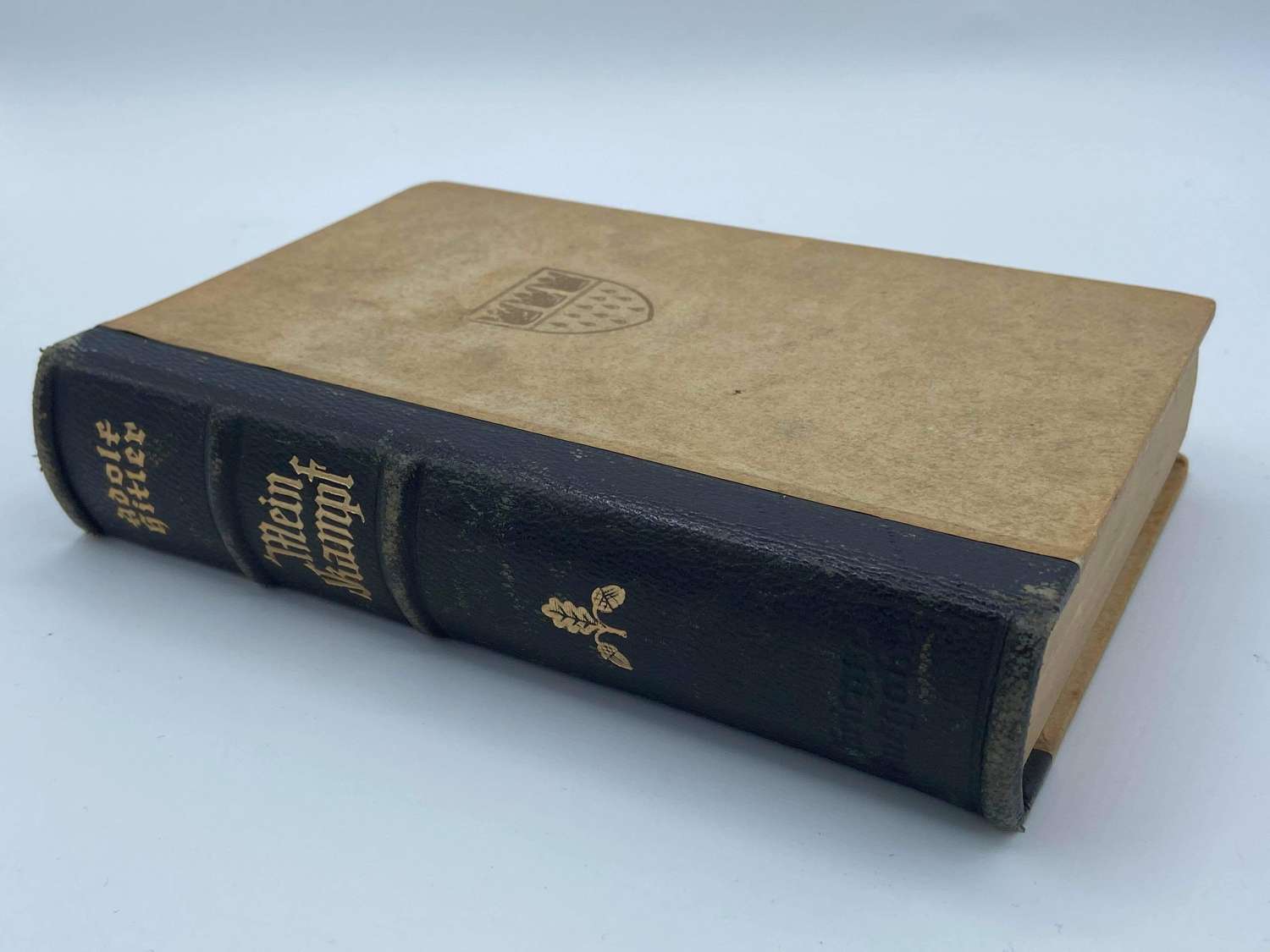 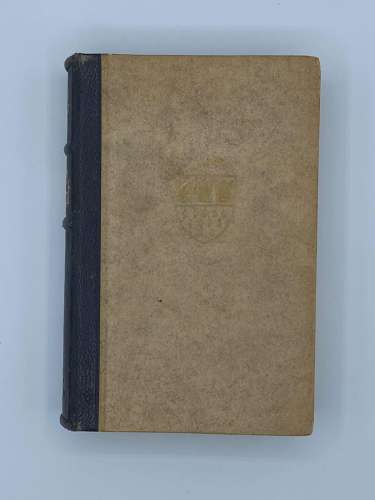 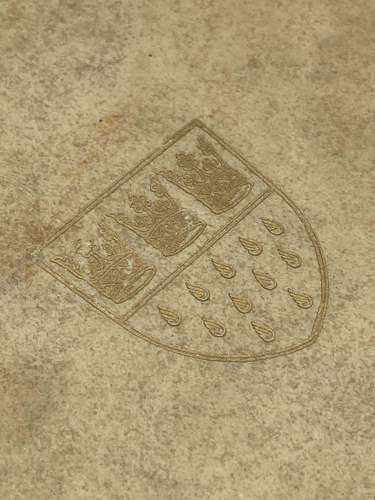 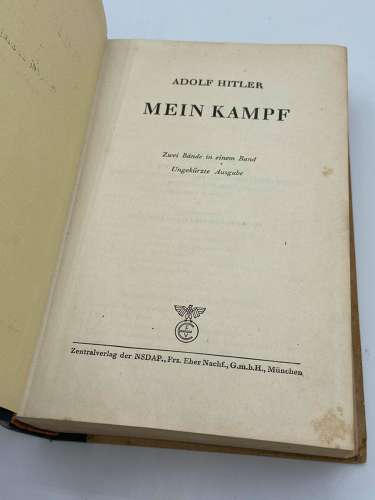 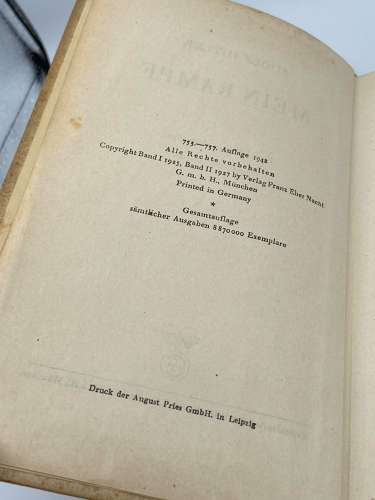 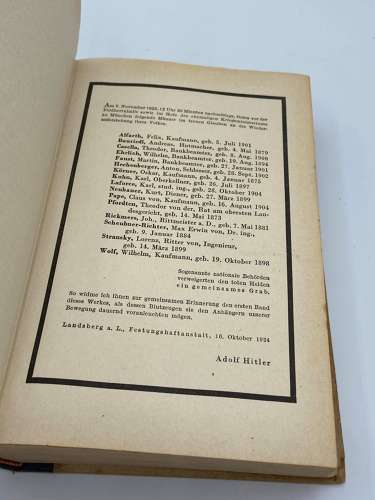 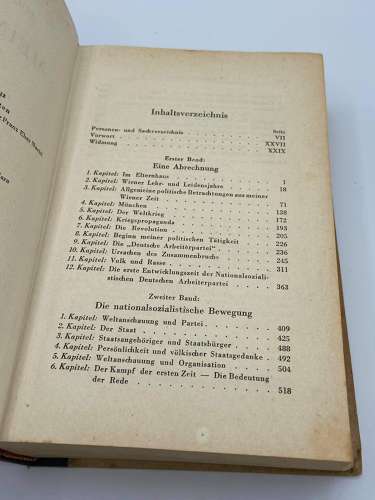 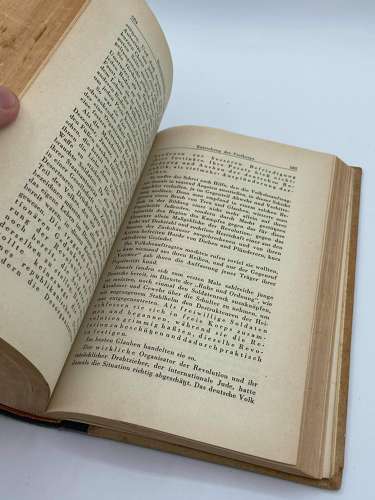 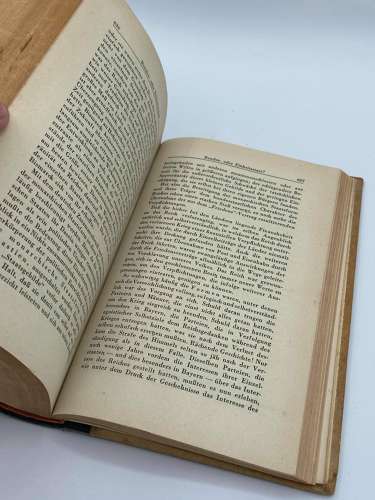 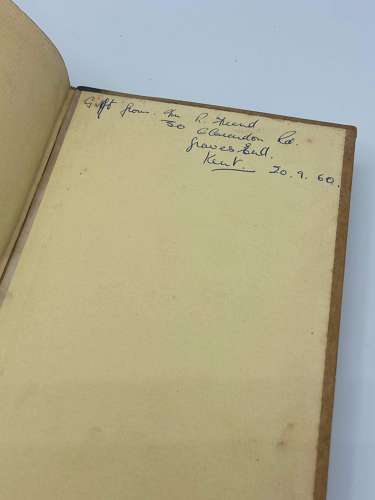 For sale is a WW2 German Adolf Hitler Mein Kampf 1942 Wedding Edition Koln (Cologne). Also marked “Kriegs Ausgsbe” one the spine of the book translating to “war issue”. This Mein Kampf is the unabridged edition meaning the Two volumes are in onebook: First volume: a settlement, Second volume: The National Socialist Movement.

This Mein Kampf Is in generally good condition however it’s missing it’s slipcover, wedding slip page and portrait of Adolf Hitler. There is also a personal message from 1960 as a gift to its previous owner. Other than these issues the book is in great condition. The front of the Mein Kampf has the district coat of arms of Koln on the front.
This will be sent special delivery and dispatched within two to three days.