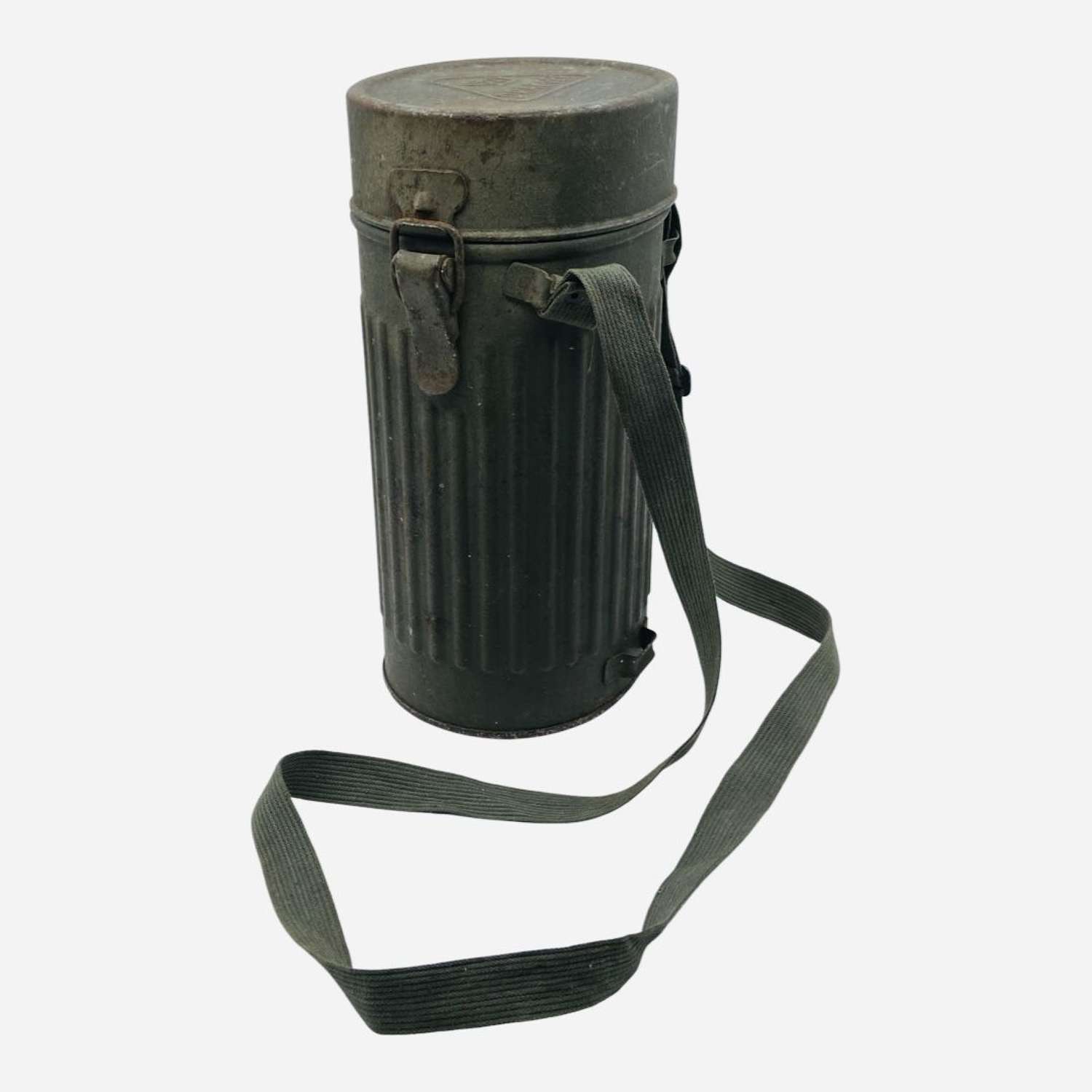 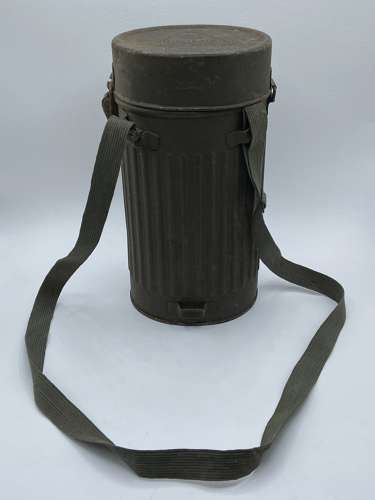 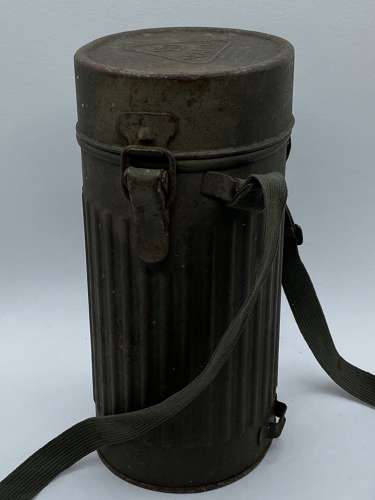 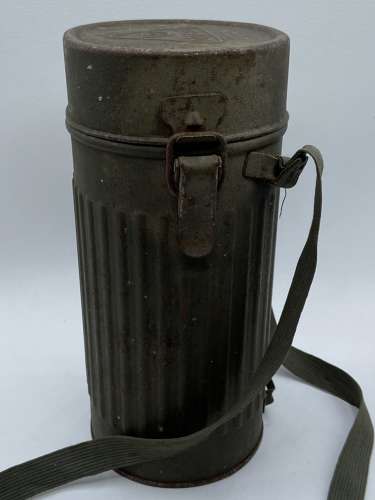 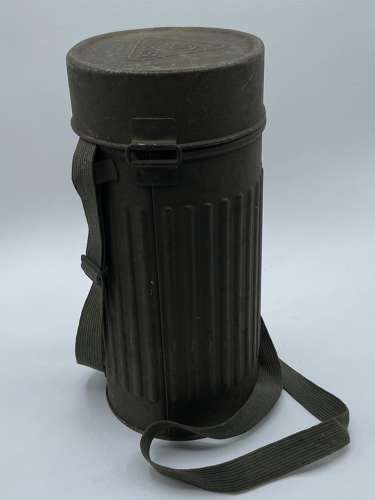 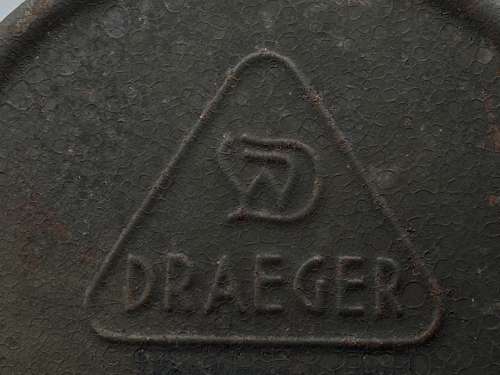 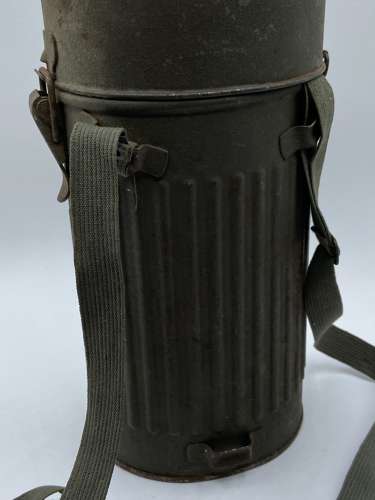 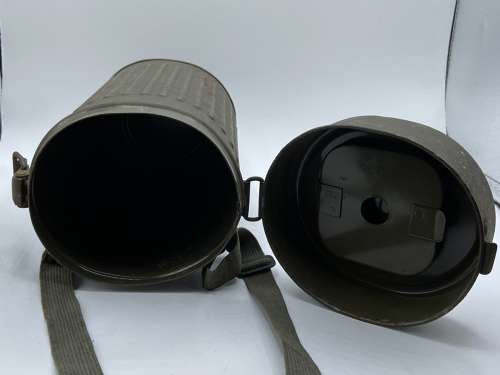 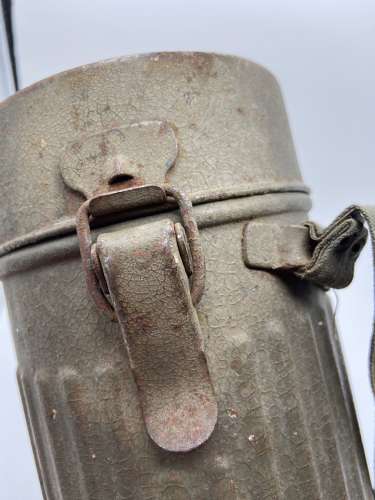 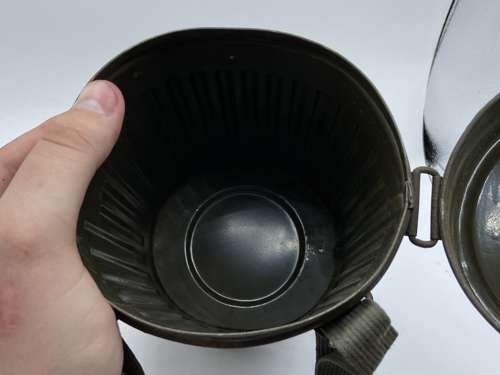 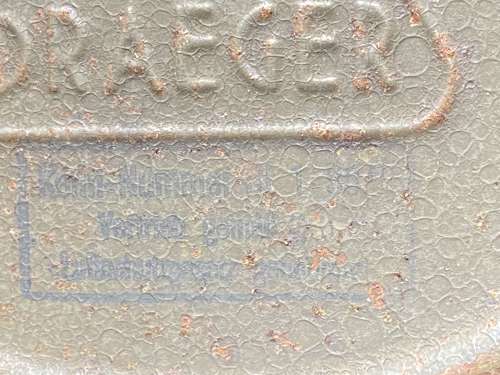 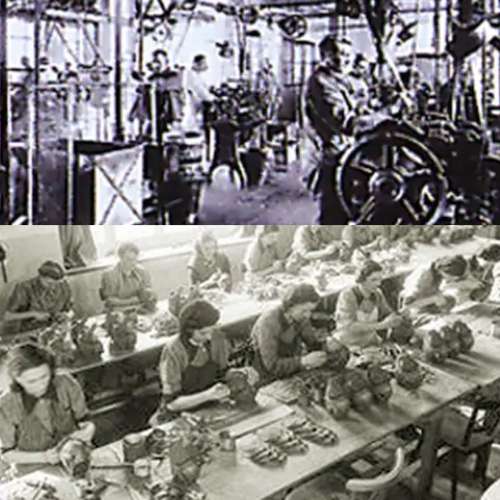 For sale is a good example of a WW2 German Air Raid Precautions Luftschutz 1938 Respirator Canister manufactured By Draeger. The word “Draeger” is embossed into the top of the canisters lid.

Also on the lid is an ink stamped on the lid and states the following:

Distribution according to S8

Overall a nice honest example of a wartime German respirator canister issued to the Luftschtuz in which this type were routinely used by members of the Wehrmacht towards the end of the war when supplied were running low.

Draeger during the World War Two:

For Drägerwerk, the general economic upswing that started in 1933 led to an increase in sales in the civilian customer areas of mining and medical equipment. However, the share of military production in relation to the civilian sector rose immensely once the fascist government began forcefully pursuing its rearmament policy in the mid-1930s.

The number of employees increased and production capacities were expanded. Without a doubt, the company benefited from the development. Nevertheless, Drägerwerk faced the risk of potential overcapacity and increased official influence due to the dominance of military orders. Rearmament was also associated with a policy of autarky that led to Dräger once again losing the position on the global market that it had only just regained.

Among the government orders was the people’s gas mask, or Volksgasmaske, introduced in 1937. The people’s gas mask was intended for the civilian population and had no designated martial use. As a result, Dräger considered it to be a civilian device, and its sales were not included in the figures for military equipment.”

This canister comes with its original carrying adjustable strap, this canister is in great condition, is maker marked and embossed with Draeger, followed by the air protection act inspection mark.