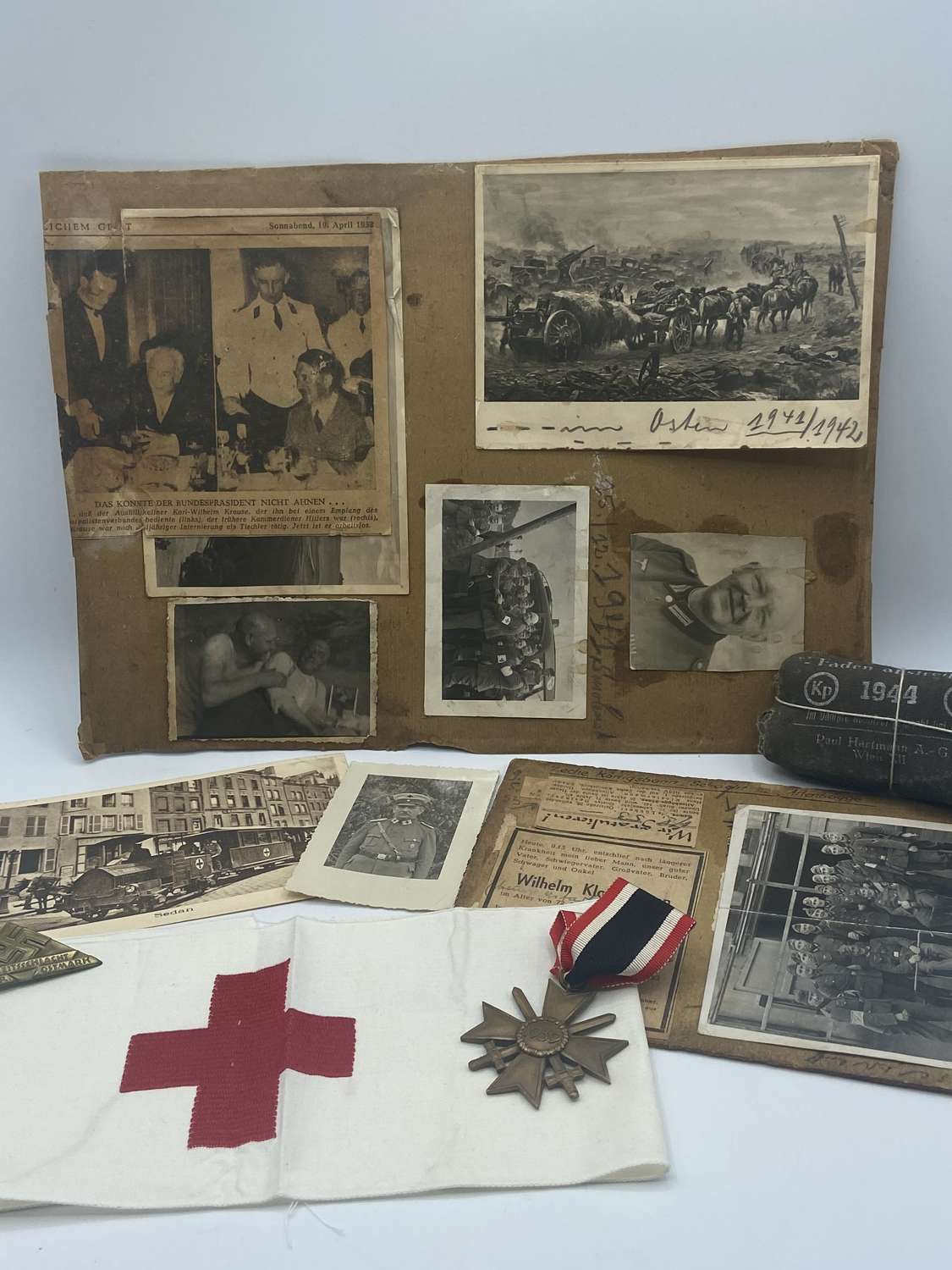 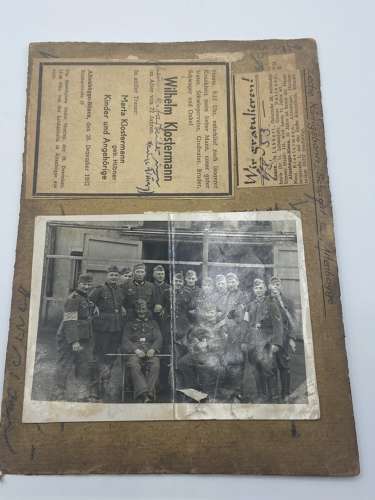 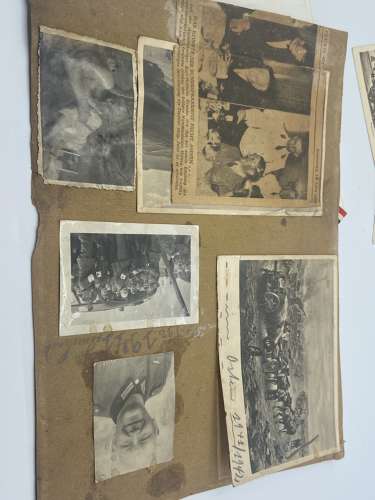 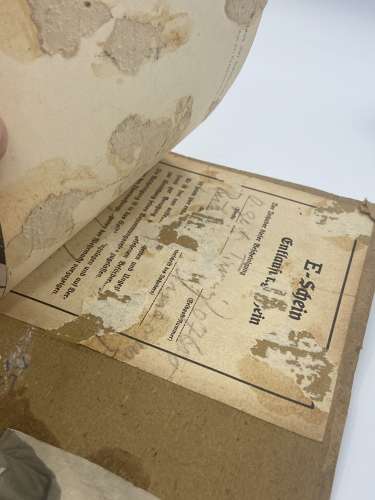 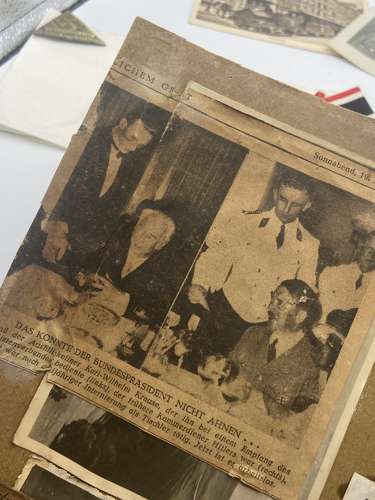 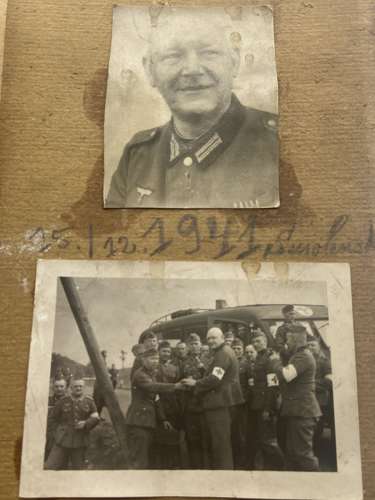 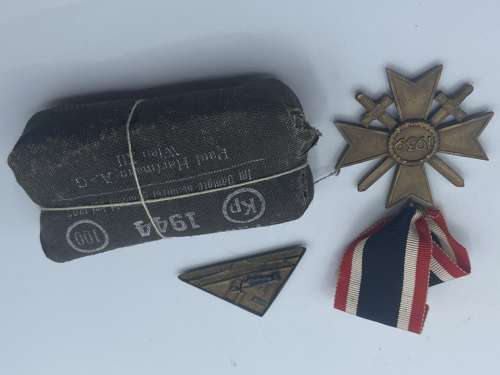 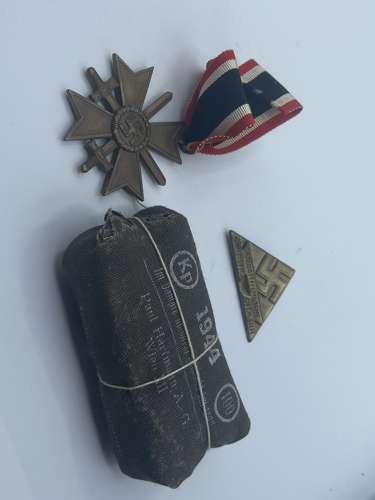 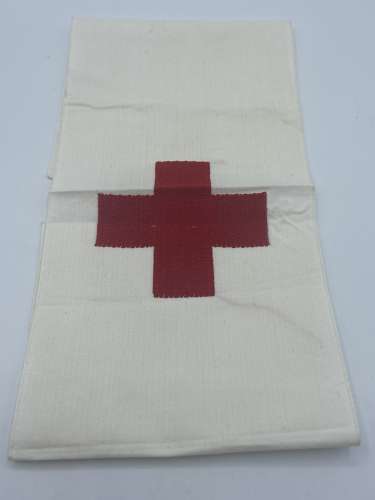 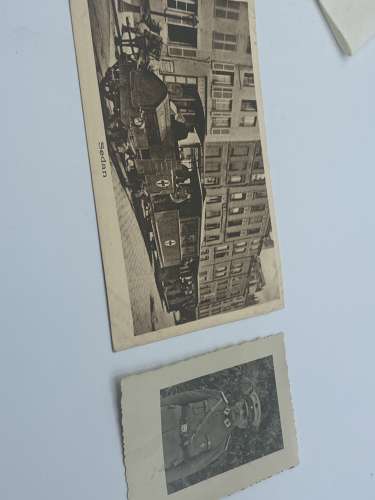 For sale is a WW2 German Medic Grouping to Wilhelm Klostermann of 1MGK Landw-1-R85. Wilhelm served in WW1 & WW2 as a medic and for a couple years after Ww2 in the DRK. Wilhelm was born in 1880, he enlisted in ww1 aged 34 until 1918, served agin in WW2 and died 26th December 1952 aged 72. During ww1 he fought with 1MGK Landw-1-R85 Landwehr Division and awarded a 2nd class iron cross & Hindenburg medal. The 1st Landwehr Division began the war on the Eastern Front. In 1914-15, it participated in the battles of Gumbinnen, Tannenberg, and 2nd Masurian Lakes. It then took part in the Gorlice-Tarnów Offensive. The division was then primarily employed in positional warfare until the armistice on the Eastern Front. In early 1918, it was transferred to the Western Front, where it was primarily employed in positional warfare in Flanders and Alsace-Lorraine.

In WW2 he enlisted in 1939 aged 59 again as a medic, rank Obergefreiter (Lance corporal). Where he was awarded a 1st class iron cross, a War Merit Cross with crossed swords.

This lot contains a ww2 war merit, Ww2 medic armband, 1944 dated bandage, a day badge, two boards containing Ww2 german photograph of him and his medic unit, Wilhelms death card, wilhelms death newspaper announcement, newspaper article of the Ww2 german leader, a photo of him and his brother, a postcard dated 1941/42, a E-schein certificate of unlimited travel, a portrait photo of him marked 15/12 1941 sanolenst, a photograph of him and his unit with an ambulance behind them (also of him wearing the armband in this lot), a ww1 postcard of a medic train with his unit on dated 5th feb 1914, a photo of Wilhelm in his DRK uniform.

This is a great grouping of a man who served his country for the majority of his life, surviving both world wars! This will be sent via special delivery and dispatched within two to three working day’s.