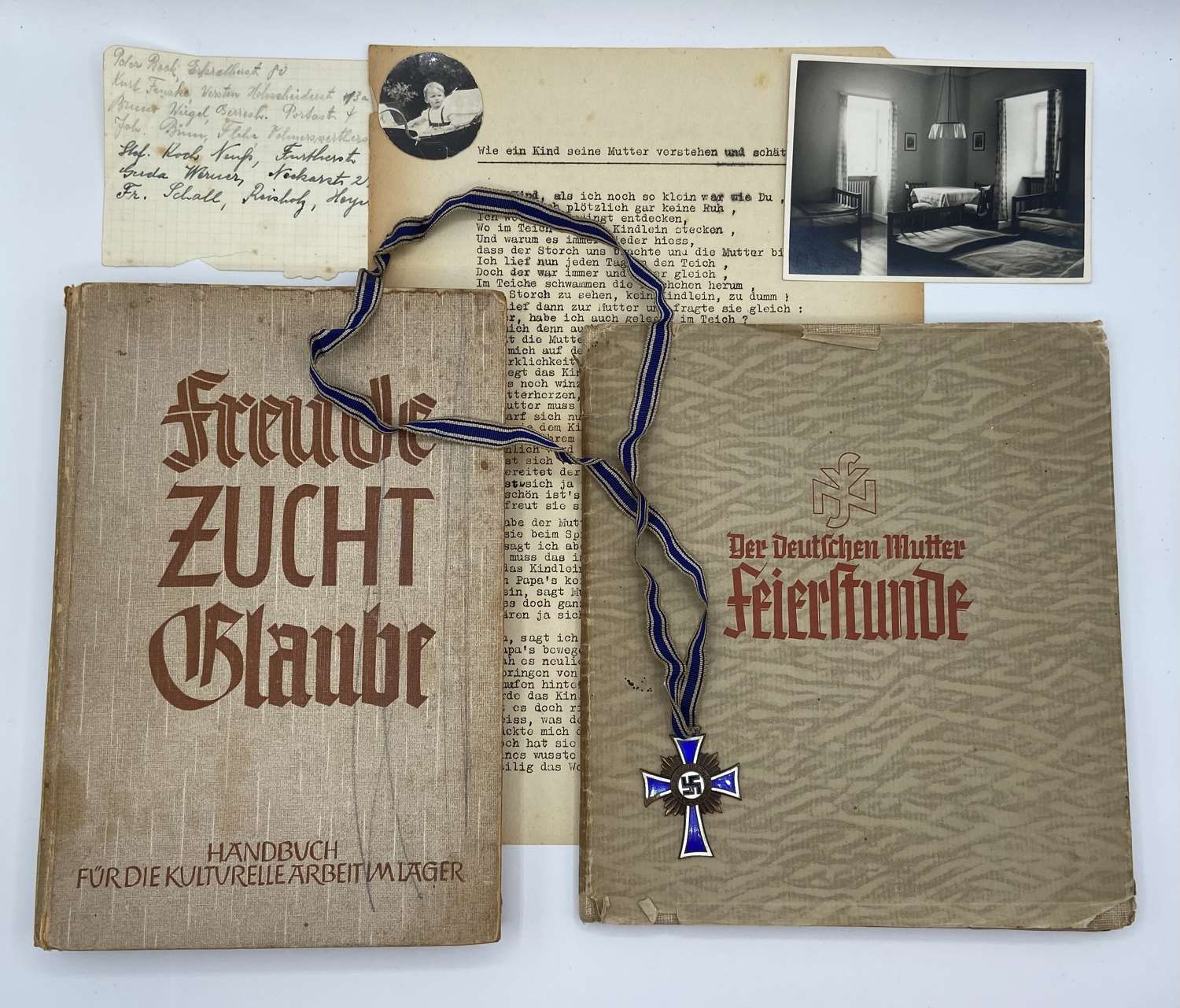 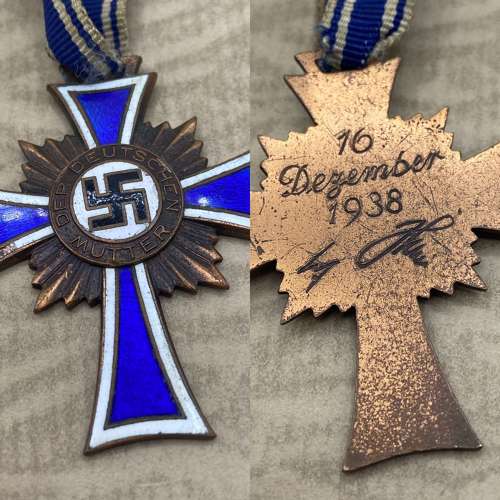 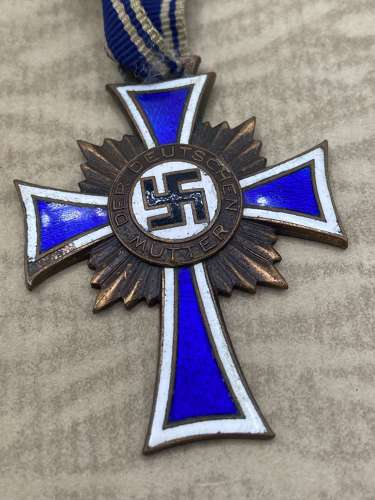 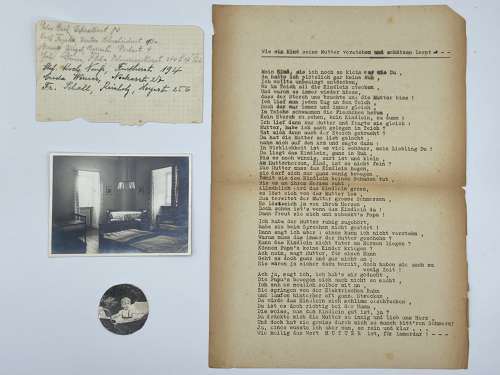 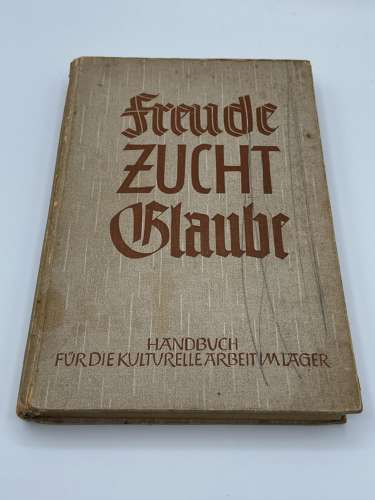 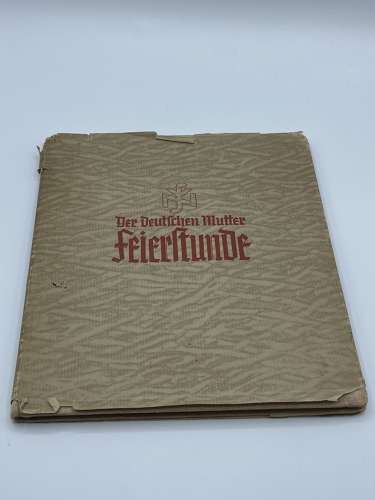 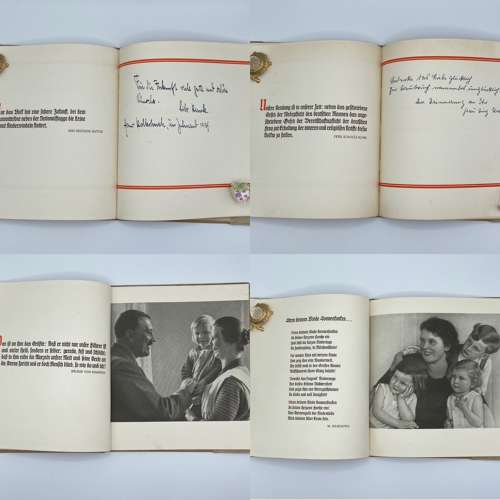 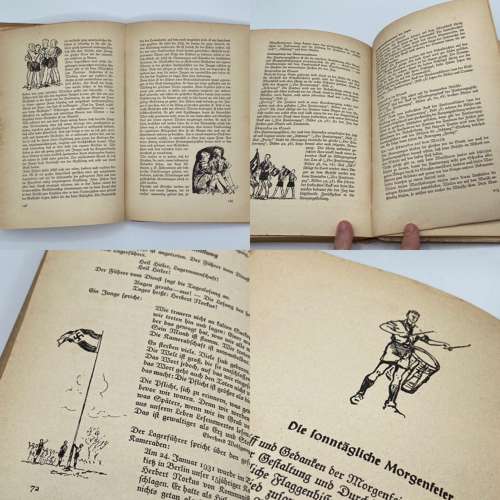 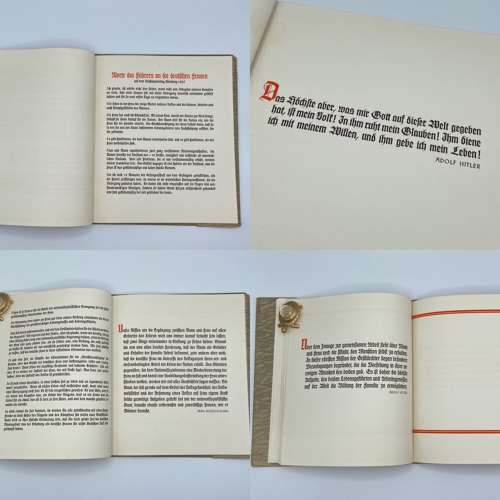 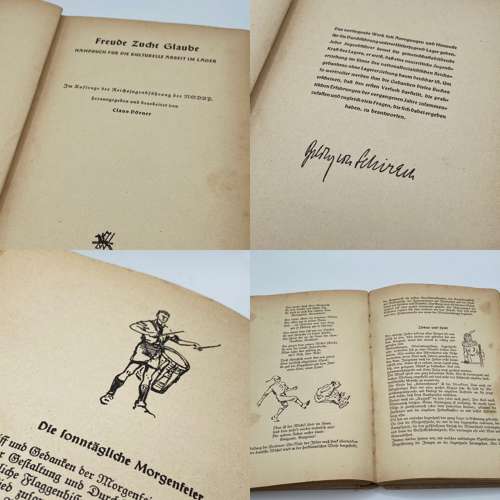 For sale is a Rare WW2 German Mother Mutter NSV Presentation Book (which was very rarely given out and were in a limited run, before the outbreak of the Second World War.) Accompanied by another book for the German Hitler Youth children, A German poem honouring mothers, a handwritten note, two photographs & 3rd class, Bronze Cross: eligible mothers with four to five children.

Joy breeds faith. Handbook for cultural work in the camp. On behalf of the ReichYouthLeadership of the NSDAP Edited and edited by Claus Dornor. ludwig voggenreiter publisher potsdam. 1941

Typed German Letter a poem to mother, and celebrating motherhood, a hand written note, baby photograph and a photograph of the baby’s room. And finally a bronze mother’s medal, enamel is missing on the left hand side of the cross please see photos.

This grouping will be sent via special delivery and dispatched within two to three working day’s. This is an incredibly rare grouping! So don’t miss out.