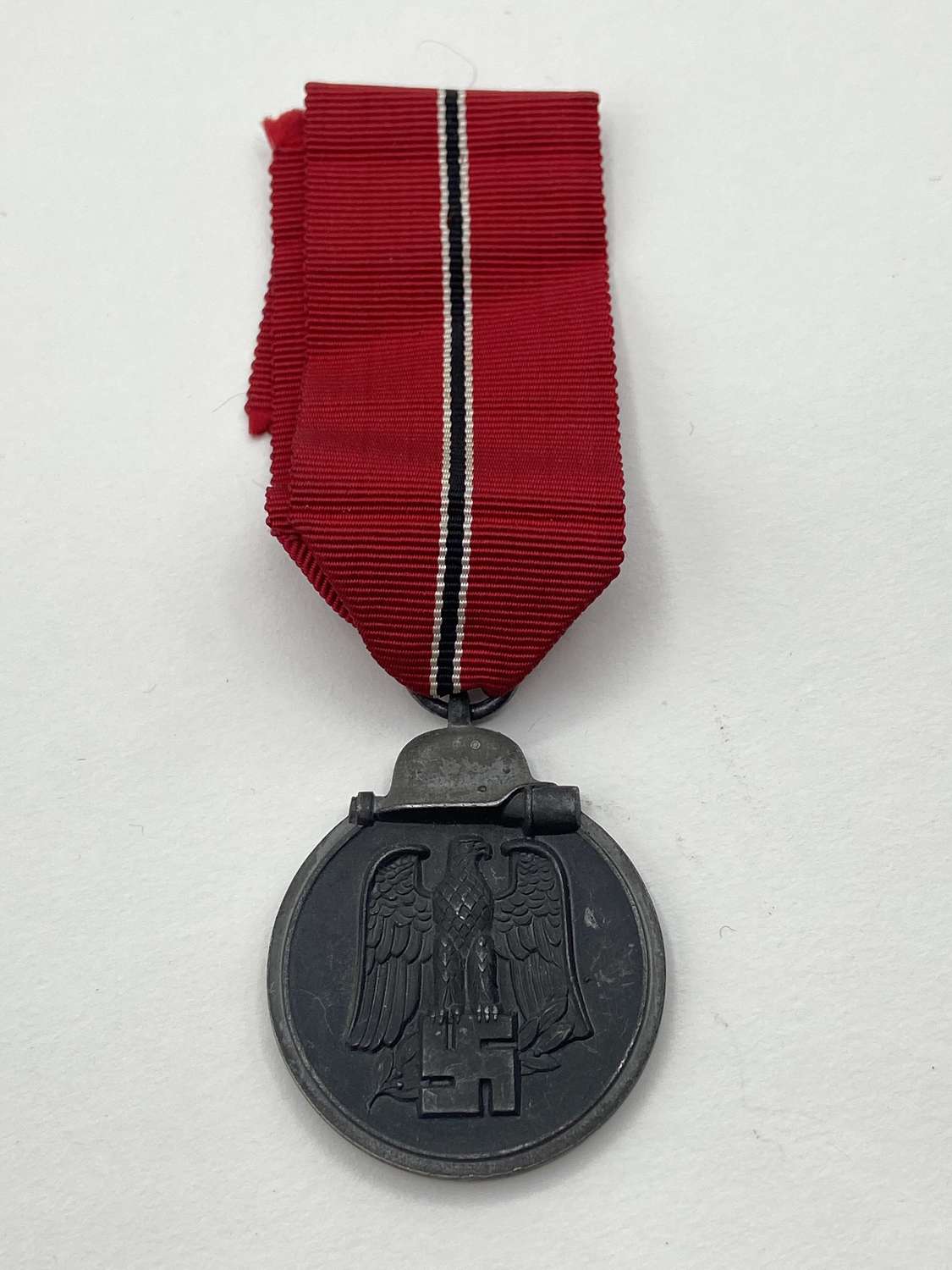 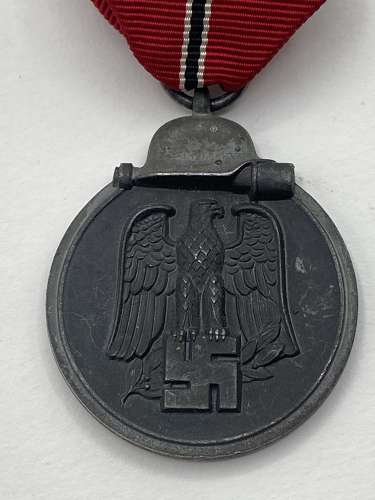 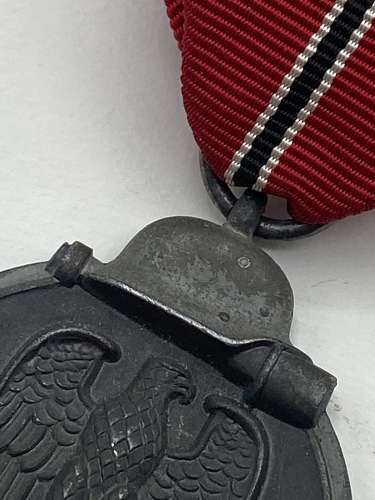 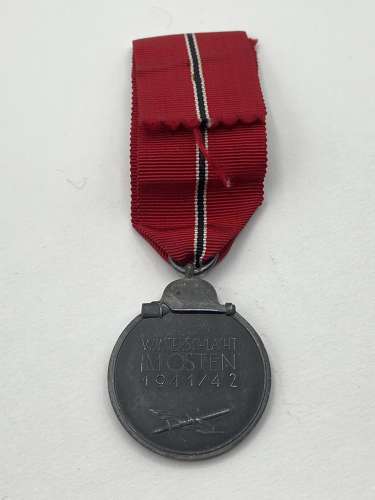 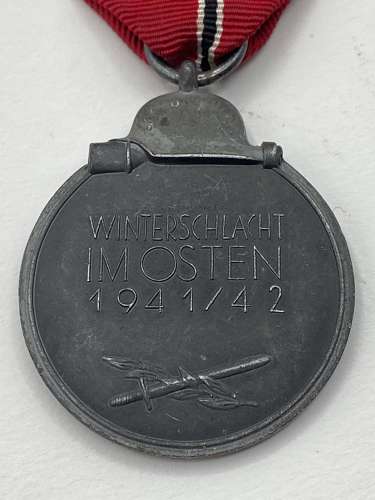 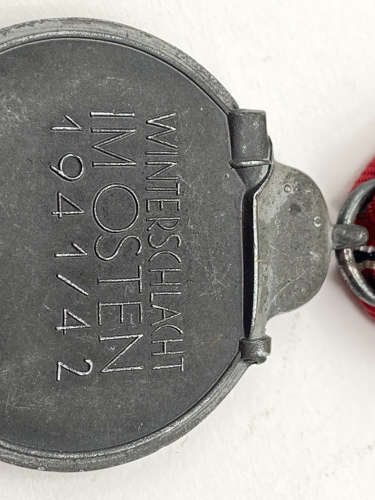 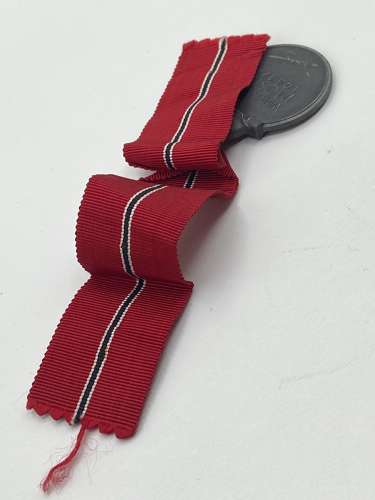 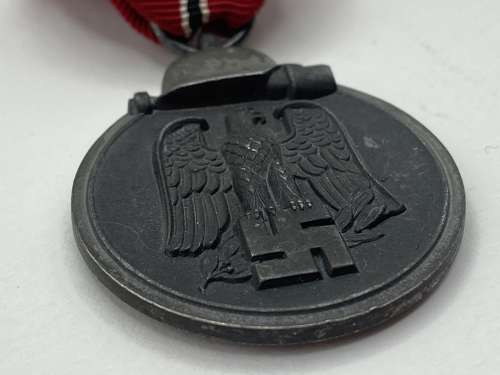 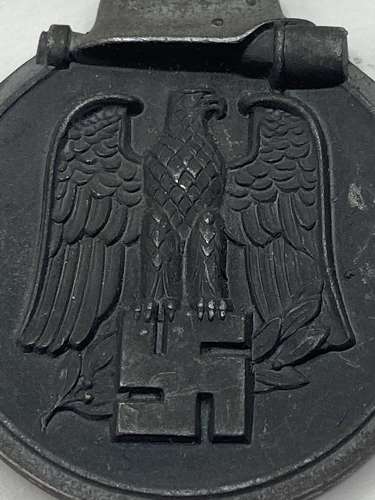 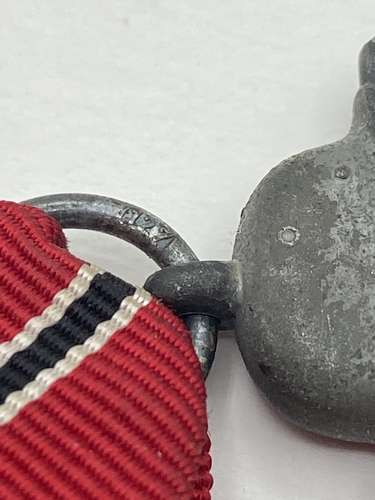 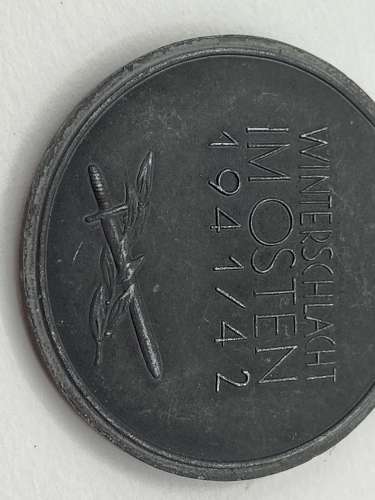 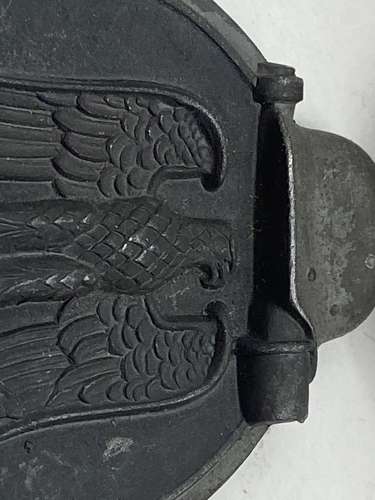 For sale is a WW2 German Ostmedaille Russian Front Medal which is marked on the ring “127” in which the maker is Moritz Hausch A.G. Pforzheim.

Commonly Known as "Ostmedaille" (East Medal) or "Russian Front Medal" this award was introduced on the 26th of May 1942 to recognize those who participated in the first winter of Operation Barbarossa (the invasion of the Soviet Union).  The mammoth endeavor to attain "living space in the east" for Germany employed over 3 million men separated into 3 Army groups; North (Leeb), Center (Bock), and South (Rundstedt).  On June 22nd the German forces crossed the border achieving almost complete surprise and with a powerful punch broke into the heart of the Soviet Union.  Despite its initial success, however, this Blitzkrieg would not deliver a quick victory and as summer months passed the fighting only intensified.  The end of autumn brought a bitterly cold Russian winter which caught the invasion force unprepared and turned the elements into an enemy as dangerous as the Soviets.
The award was presented to those who met the following criteria during November 15, 1941 and April 26, 1942:
Fourteen days of combat participation, 30 combat sorties for Luftwaffe pilots.
Sixty days of service in the combat zone (even if not engaged in actual combat).
Having received wounds, or frostbite severe enough to warrant a Wound Badge.
In case of death the medal was awarded posthumously and was presented to the next of kin.  It was also awarded to German Allies, notably the Italian and Rumanian forces, as well as those volunteers from the invaded Eastern territories who joined the German cause.
This will be sent via 1st class signed for and dispatched within two working days.