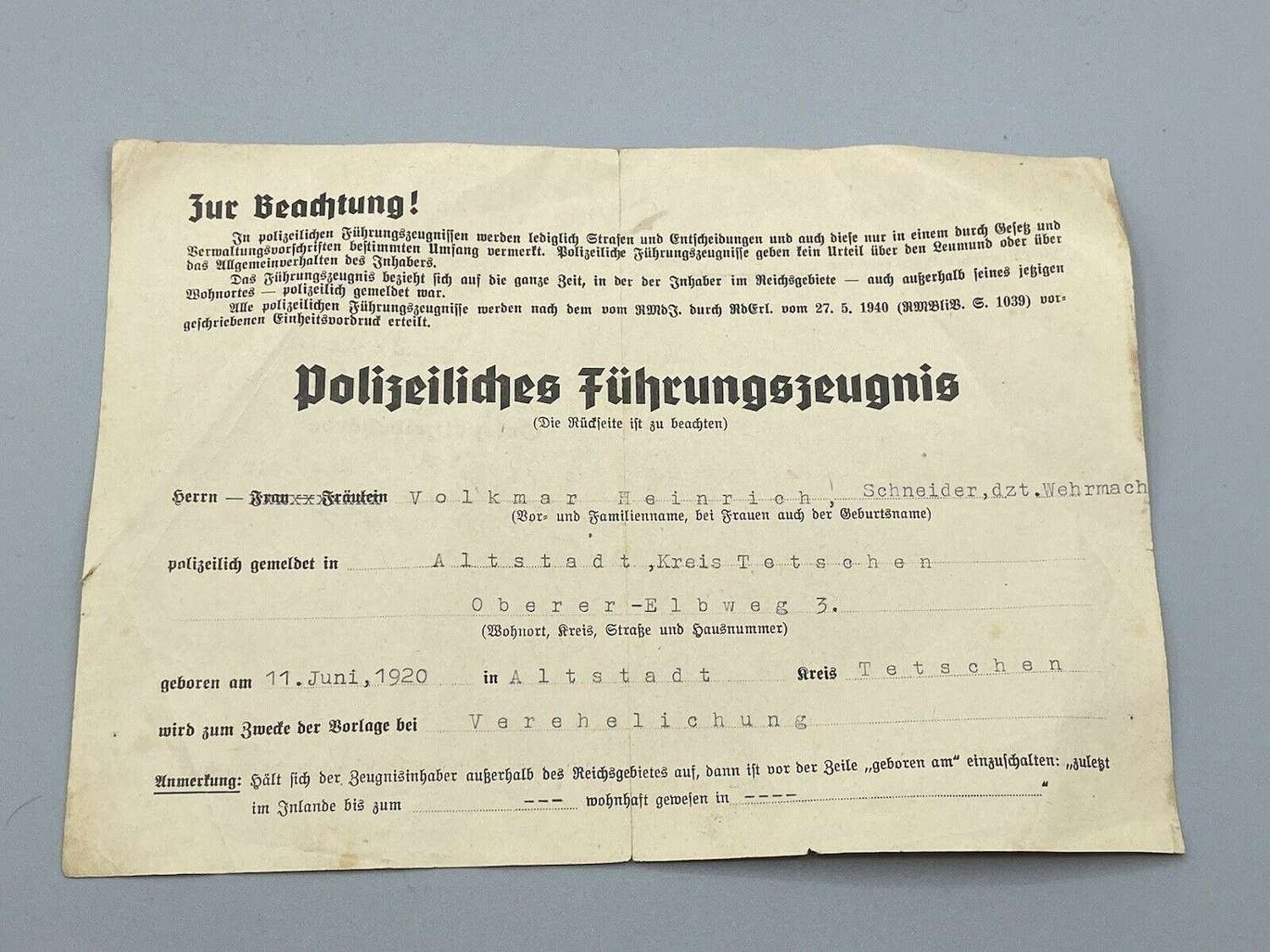 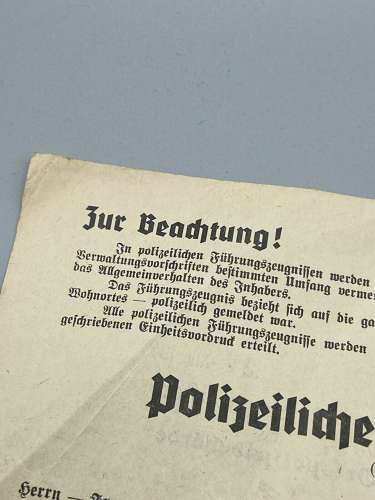 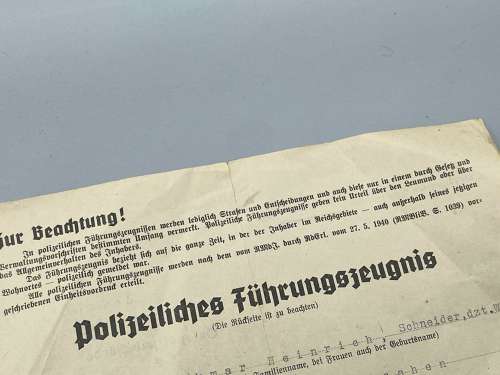 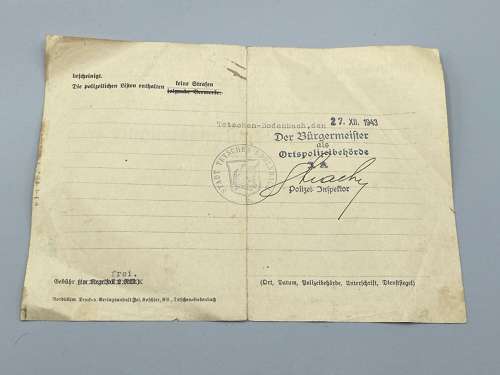 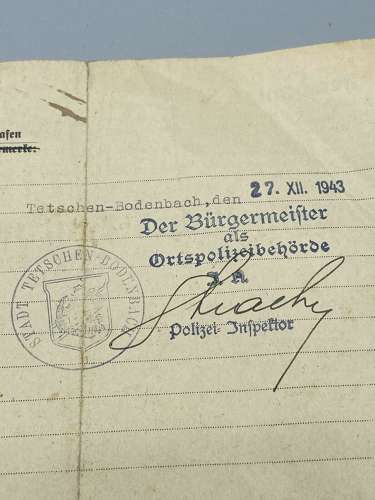 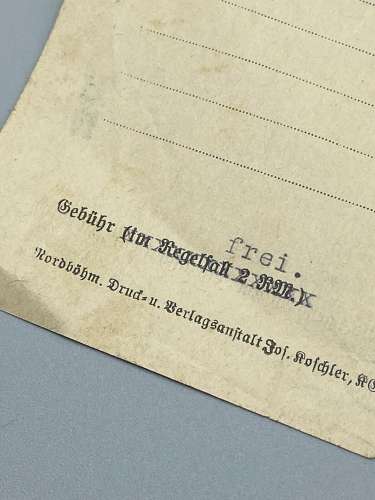 SOLD
For sale is a WW2 German Police Clearance Certifcate Dated 1943. Issued to Volkmar Heinrich, born 11th June 1930 in Altstadt in tetschen. The document in german translates to:
Please note ! In police clearance certificates, only penalties and decisions are noted, and these only to the extent determined by the prison system and administrative regulations. Police clearance certificates give a judgment about the reputation or place of residence - was reported to the police. The certificate of good conduct refers to the whole time that the holder is in the meichs area - also outside of a given one. All police certificates are issued after the RM3. by MdErl. of May 27, 1940 (RMBLIV. p. 1039) before: written uniform draft issued. Police authority certificate (the Rüdſeite must be observed) Mr. - Fransexräulein V.0 ... 1 km.ar Volkmar Heinrich Schneider, currently Wehrmacht (first and family name, for women also the maiden name) reported to the police in Altstadt, Kreisler tetschen overdrafts-elbweg 3 (place of residence, Streis, street and house number) Areis Tetschen born on June 11, 1920 marriage becomes mandatory for the submission under Note: If the certificate holder is outside the Reich territory, then iſt in front of the line ,, born on "to be switched on:" allowed in Germany until resident. certified. The police lists contain the following penalties: Tets.ehlen - Bodenbach, 27. XII. 1943 The mayor as local police authority THISCHE LAVAS to Polizet Inſpektor (place, date, police authority, signature, official stamp). Fee for rule fold 2RMX Nordböhm. Drud- u. Berlagsanſtalt goj. Sodler, 80., Tetchen - Bodenbad)
The criminal record certificate (Germany, former police criminal record certificate or integrity certificate), the criminal record certificate (Austria, unofficially still certificate of reputation) or the criminal record extract (resp. Extract from the Swiss Criminal Records, Switzerland, unofficially still certificate of good repute), in use of the EUcriminal record certificate, is an official certificate of previously registered criminal records of a person (Germany), of the convictions of a person entered in the criminal record (Austria) or an extract from the register consisting of judgments for crimes and offenses against a person
Guaranteed original or money back. This will be sent via Royal Mail, via 1st class signed for and dispatched within two to three working day’s.